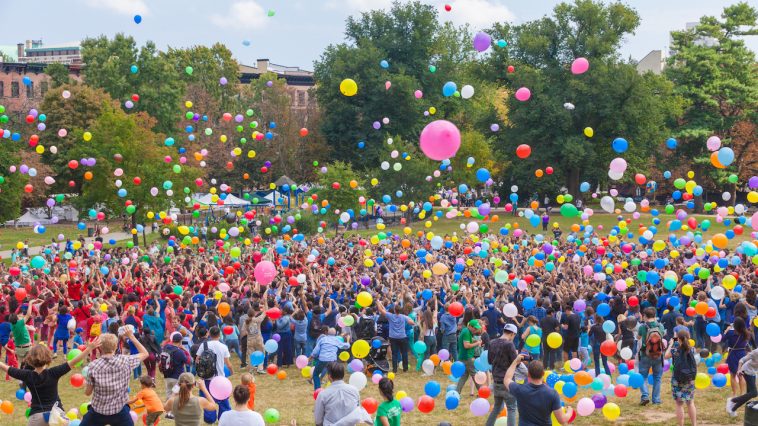 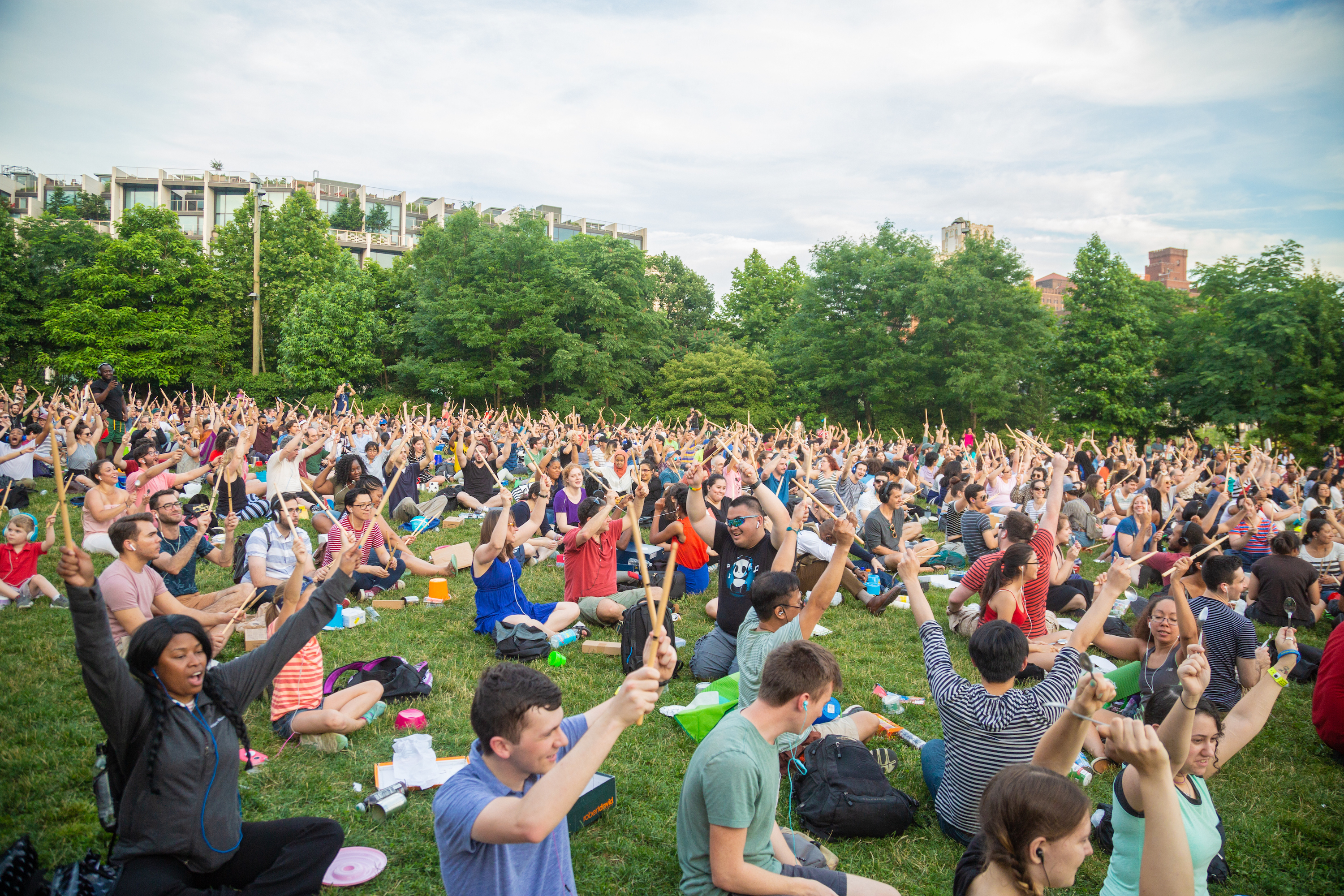 Join our email list and NYC Mp3 Experiment Facebook group to receive updates and to be notified about future events.

The Mp3 Experiment is a participatory audio adventure where attendees listen to synchronized secret instructions in a public space via headphones. We stage a new Mp3 Experiment in New York each year and also tour the project to college campuses and festivals around the world.

Here’s how it works: We create an original audio file (usually around 45 minutes long) that attendees add to their smartphone via our app. Everyone heads out to the same public location wearing headphones, and blends in with others. At the predetermined start time, the app synchronizes playback of the audio file for all users. Hilarity ensues as participants carry out ridiculous, coordinated instructions delivered to their headphones via narrator “Steve” and everyone else tries to figure out what the hell is going on.

David Pogue of the New York Times participated in our experiment and wrote:

It was hilarious. The crowd was young and fun, and the whole thing was orchestrated, planned and written exceptionally well. What a totally, totally cool idea: part mass hypnosis, part party, part comedy club… like a political rally, but with more to do. Find a way to be part of it.

You can read his full recap on NYTimes.com.

We have toured The Mp3 Experiment around the world to cities like Berlin, Germany and Adelaide, Australia and college campuses like UNC Chapel Hill and Texas Tech. If you’re part of an organization (festival, university activities board, conference) that is interested in commissioning an Mp3 Experiment, get in touch via our contact form.

Here is an overview of all of the New York Mp3 Experiments dating back to the original in 2004. Take a look at the videos, and click on the titles to check out the behind the scenes project page.

We take over the Meatpacking District Open Streets!

Thousands of people listening to synchronized instructions participate in an audio adventure on Governors Island.

Over four thousand participants create a festival of lights in Prospect Park!

Over 7,000 people dressed liked tourists and blended in with real tourists at the South Street Seaport.

Over 4,000 people staged a massive water gun battle on Governors Island. The experiment had an Olympic-theme.

Around 3,500 people participated in Battery Park City. This was our first nighttime Mp3 Experiment, starting just after sunset. Two tribes starting in two locations convened in Rockefeller Park for a “celebration of lights.”

Over 3,000 participated in Midtown Manhattan, starting in retail stores and then mobbing Bryant Park for Steve’s surprise birthday. The event ended with a massive toilet paper mummy dance party.

Over 2,000 participated on Roosevelt Island in New York City. Participants followed strangers, square-danced, and eventually walked to the southern tip of the island. A game of inflatable bats vs. hammers ended with everyone teaming up against the “lone wolf.”

This year The Mp3 Experiment went out on it’s first tour, hitting Toronto, San Francisco, and Chicago in addition to New York City. Participants engaged in a Revolutionary War style battle using balloons as weapons and created a massive canopy with umbrellas. The New York event had around 1,000 participants and took place on Governor’s Island.

826 people wearing blue, red, yellow, or green shirts pressed play by the Yacht Harbor in Lower Manhattan. They followed a German tourist up the river and played freeze tag in Rockefeller Park, much to the confusion of the girls sunbathing there. The group formed a massive color-coordinated bull’s-eye, which looked amazing from above.

600 participants gathered in four different locations in the northwest corner of Central Park. Led by more ridiculous costumed characters (this time a giant Sun, Cloud, Raindrop, and Snowflake) the groups paraded through the woods to meet up with each other by a beautiful lake. An epic battle between the elements took place and everyone celebrated by forming a 600-person conga line.

For the second installment participants met up in the Sheep’s Meadow in Central Park. A few minutes after pressing play, 200 participants suddenly rose from their seats on the field as everyone else in the park looked on in shock. Listeners had unknowingly downloaded four separate mp3s and were thus divided up into groups, led by a ridiculous cast of a Sea Captain, Bumblebee, Dolphin, and Astronaut. The event ended with a Rock Paper Scissors battle and a 200 beach balls being tossed into the air. 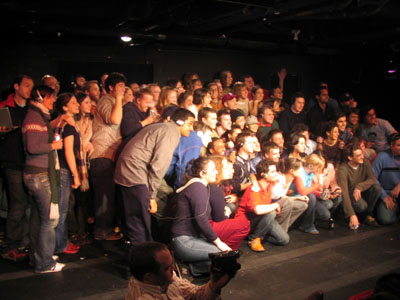 The original Mp3 Experiment took place indoors at the Upright Citizens Brigade Theatre. The audience watched a projected countdown clock and then all pressed play together. A few minutes later the seats were empty as the entire crowd was dancing on the stage. Participants blew bubbles, hit balloons in the air, and hugged each other before being led by Santa Clause (Agent Wimpy in costume) out the theatre and down the street to a nearby bar. A 13-minute video of the project exists and was available on our first DVD (long out of print).