For our latest mission, we staged a series of surprises at the porta potty area of the Governors Ball music festival in New York. When random concertgoers opened our “magical” porta potty, they were surprised by a ridiculous number of performers streaming out of the door.

UPDATE: We did a sequel. 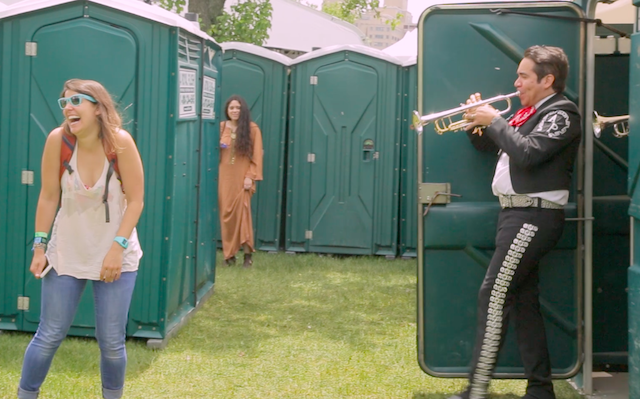 My friends Yoni Reisman and Tom Russell are two of the founders of the Governors Ball Music Festival, a multi-stage outdoor music festival that takes place on New York City’s Randall’s Island. We’ve been talking for a couple of years about staging an Improv Everywhere mission during the festival, and this year things finally came together. I’ve wanted to stage a prank with a trick Porta Potty for years, and this was the perfect opportunity. 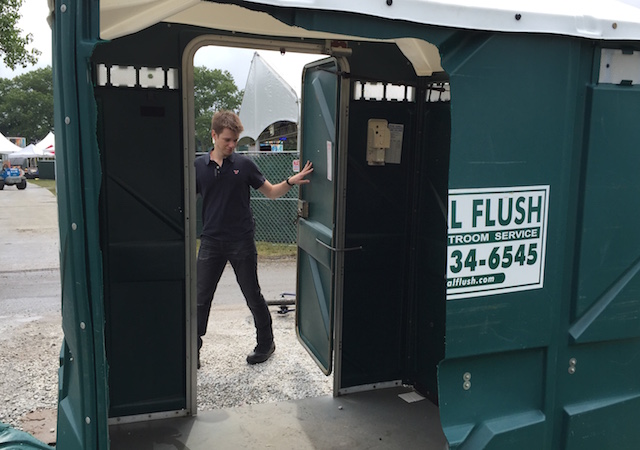 Agent Justin Ayers inspects the porta potty
The facilities staff at the festival cut a hole out of the back of one of the porta potties the morning of the mission, and we placed it in the middle of a row of normal porta potties. 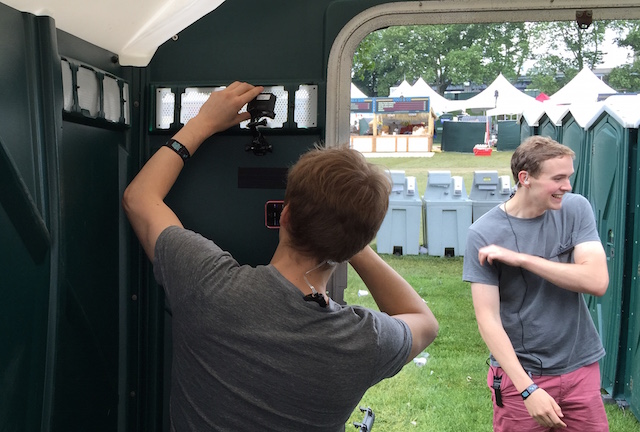 Agent Smelansky installs a GoPro in our porta potty 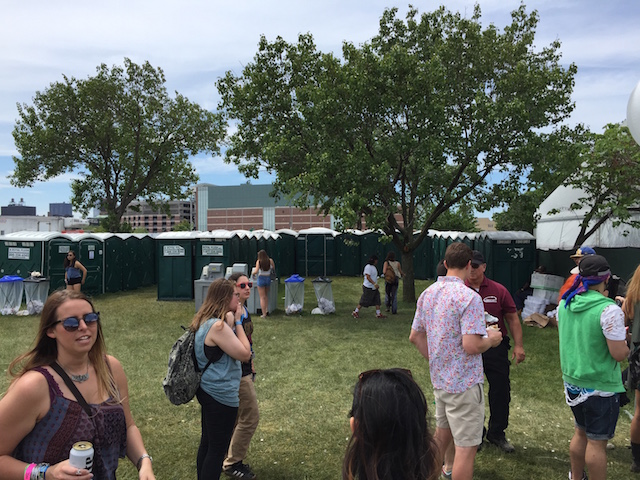 The view from the festival side of the fence
It can be hard for Improv Everywhere projects to stand out in an environment like a festival, where there is art and entertainment everywhere you turn. We had to find the least exciting part of the festival to make it work. 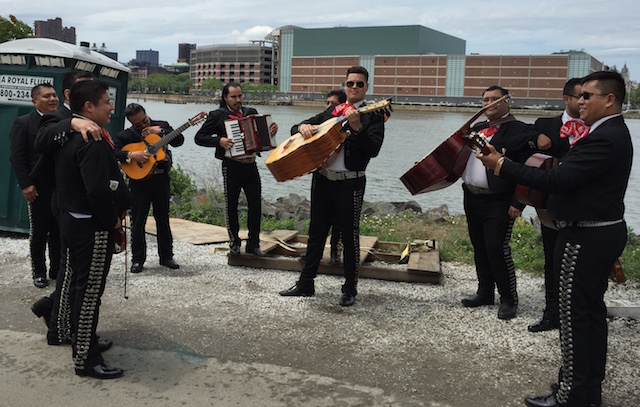 The Governors Ball folks booked all of the performers for the event and each act was great! 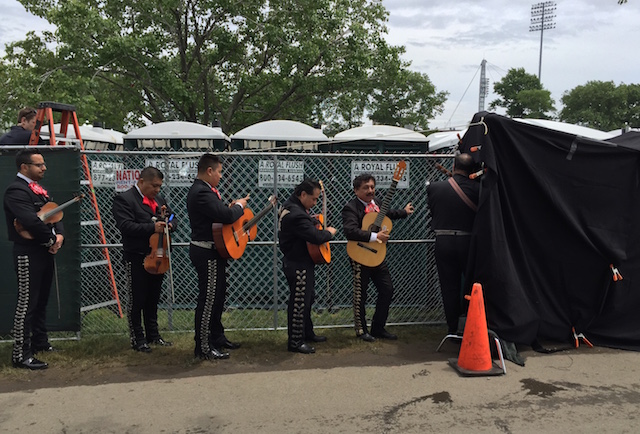 The New York City Mariachi Conservatory wait for their entrance
The festival created a break in the fencing behind our porta potty. We were able to use the backstage area to completely hide our performers and crew. 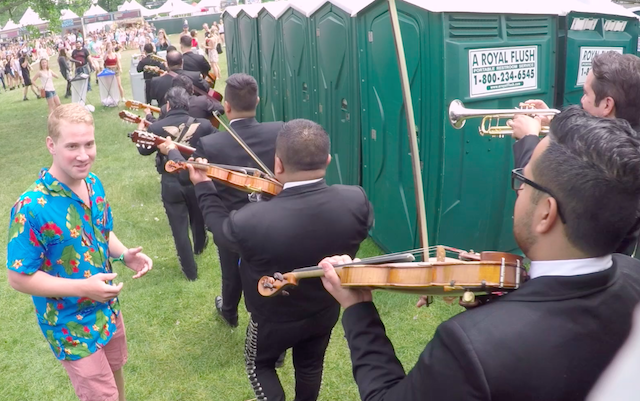 The Mariachi band was the first act to perform. Most arrived on the island not knowing what they were going to be doing. They all got on board immediately, despite the ridiculous premise. I imagine it was one of the strangest gig any of these groups has ever booked. The guy in the photo above was the very first person to open the door. It was about Noon when we started, and the festival wasn’t too crowded yet. 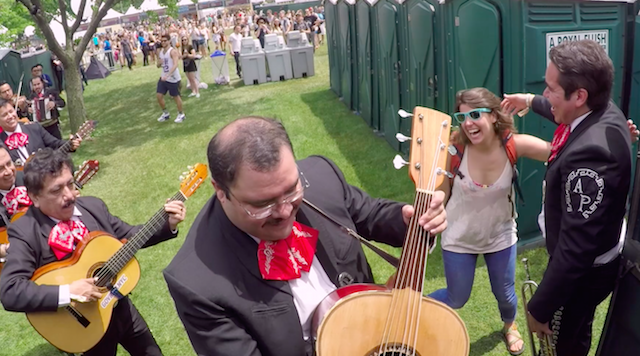 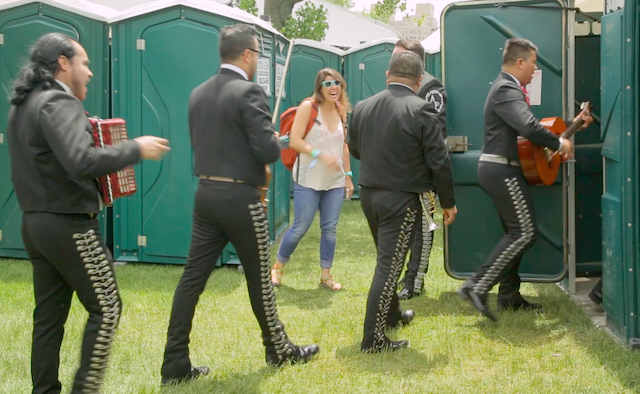 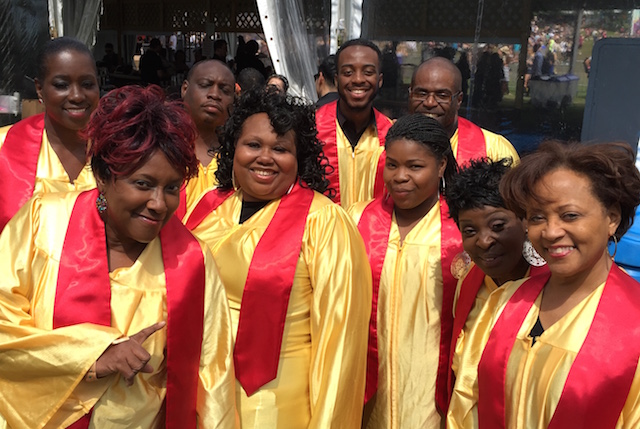 Lady Peachena & The Late Show’s Gospel Choir (as featured on Letterman!) were the next act. 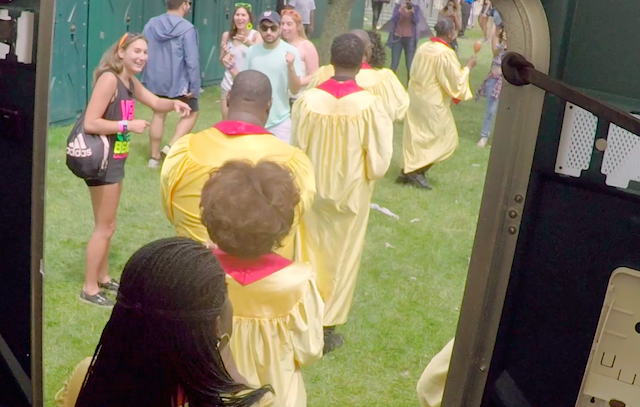 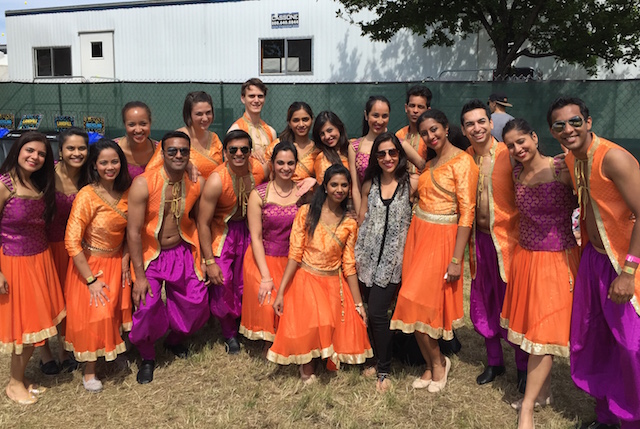 Bollywood Funk NYC Dance School was our third act. They were particularly funny coming out of the porta potty because of their numbers– 18 performers! 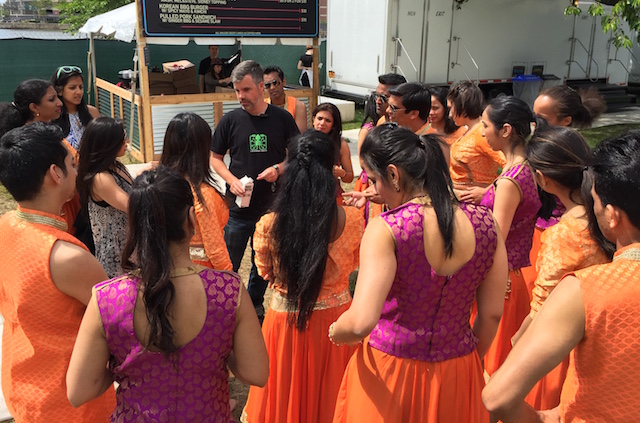 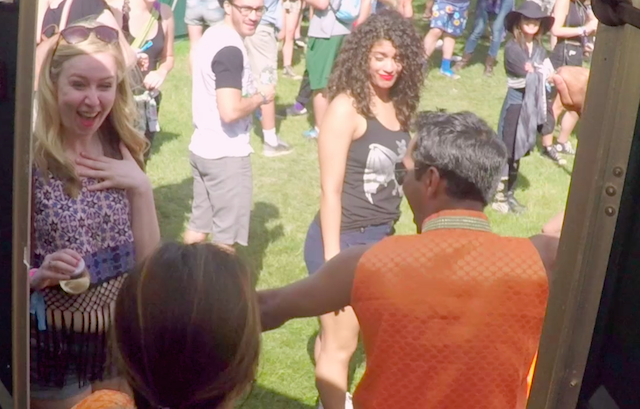 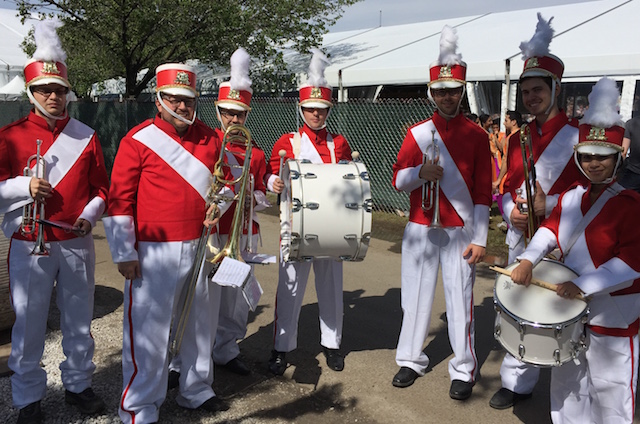 Our final group was the Patriot Brass Band, who we also worked with on our Epic Christmas Caroling project. It was around 4 PM when they performed, so the porta potty area was packed. Fortunately, they were loud. 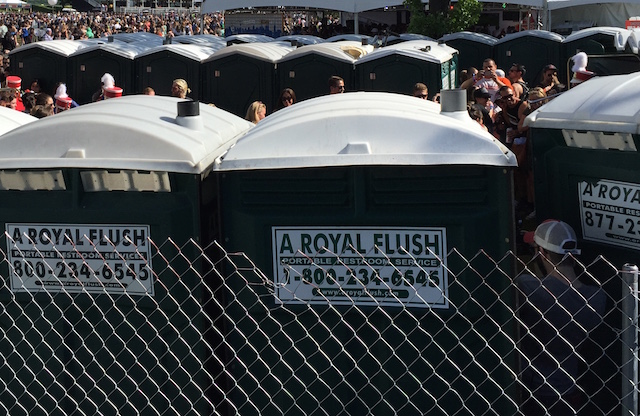 Agent Keith Haskel filmed the mission from a crack between two corner porta potties. If anyone spotted him in between performances he just looked like a creepy guy with a camera hanging out by the bathrooms. Thanks Keith! 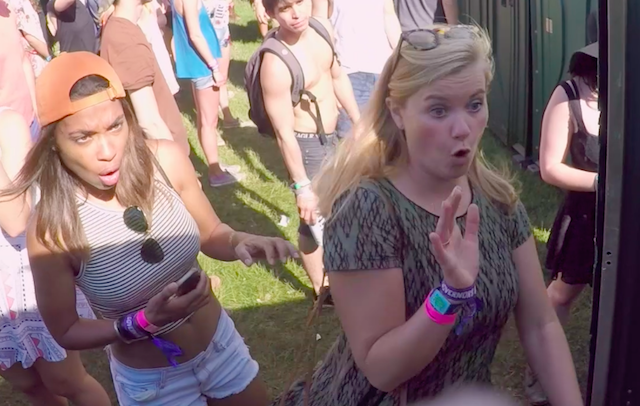 The women above had by the far the best reactions of the day. 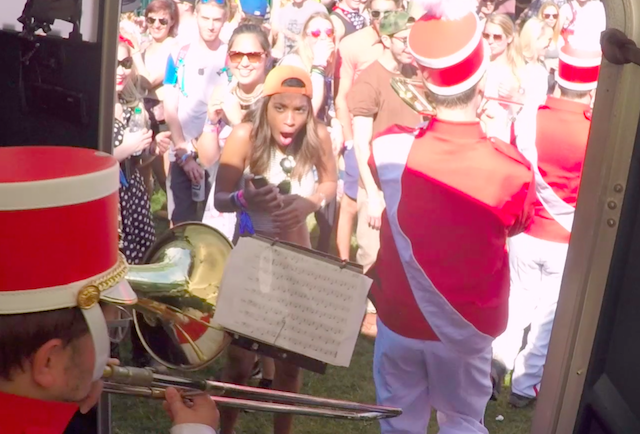 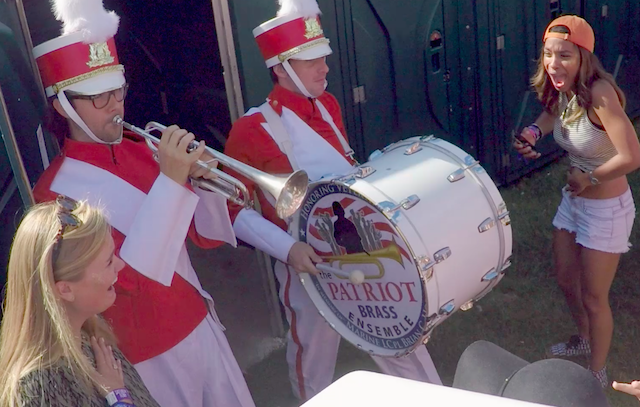 The marching band was a perfect last act. The festival was really getting crowded and people were having a good time. One guy who had opened the door told me after one of the performances, “I’ve been to lots of festivals, but I’ve never had a performance that was just for me.” 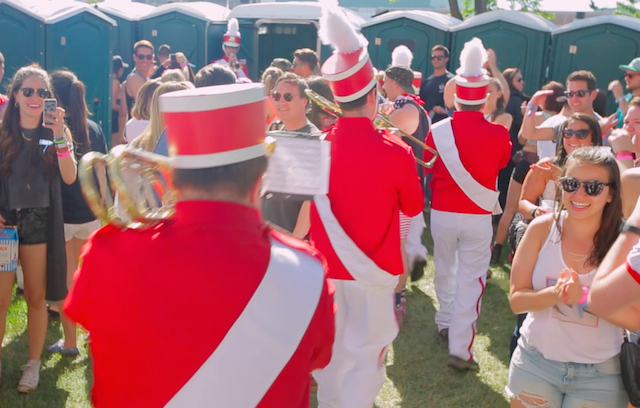 Thanks to Governors Ball for letting us do this!