For our latest mission, a group of teens throw a surprise sweet sixteen birthday party on a subway car, with the help of random passengers. 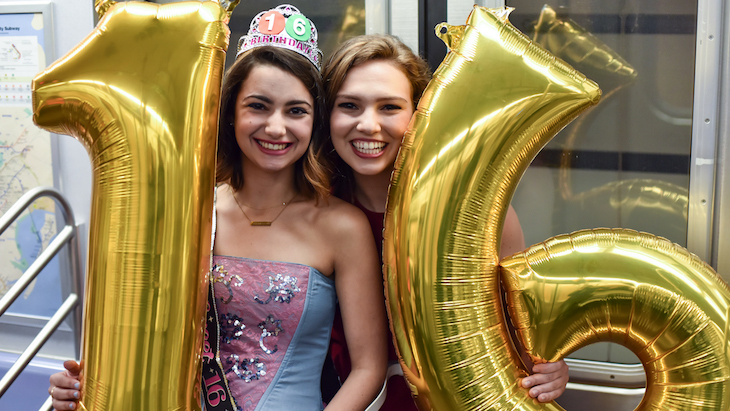 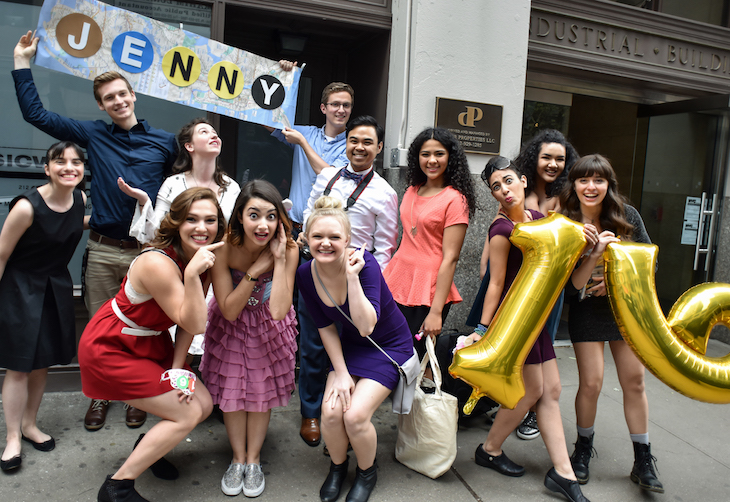 This project is an updated version of one of the very first Improv Everywhere missions. In February of 2002, we staged a surprise birthday party on the subway. Fifteen years later, here we are again. Inspired by the return of My Super Sweet 16 on MTV, we added the “sweet sixteen” detail to make it even more ridiculous. Where is the last place you’d expect to see a (traditionally extravagant) sweet sixteen party? The Q train! 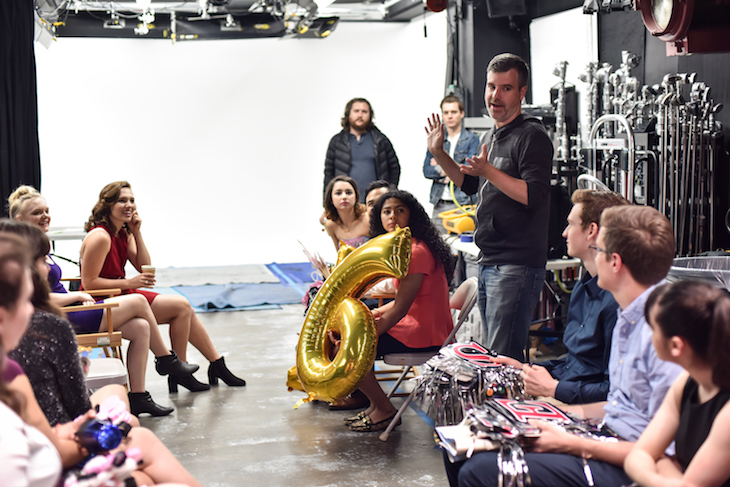 For years the subway has been our favorite performance venue. We’ve had pizza parties, talk shows, wedding proposals, and even time traveling twins. For each of these projects we create a scene that gives random people the option to say yes and be part of something awesome. If you haven’t figured out by now, this was not a real a surprise birthday party. Jenny was an actor along with everyone else in our group. The real intent behind this stunt was to see if we could get an assortment of random commuters to play along. Can strangers in a subway car come together and have a party? The answer, much like it was 15 years ago, is yes! 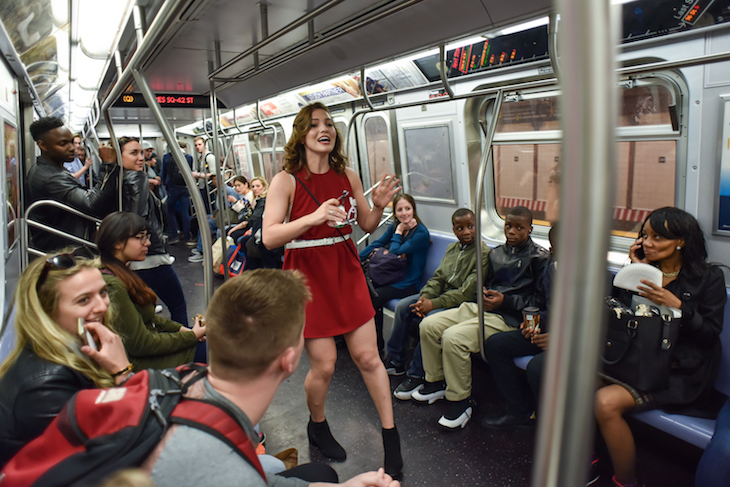 Agent Addie Weyrich played the role of the best friend. She and Jenny are actually close friends in real life, so that helped quite a bit. Addie and a crew of friends entered the Q train at 72nd Street and immediately started decorating. Addie let everyone on the train know that a surprise party would be happening in 2 stops, at 57th Street, and whoever wanted to help out with the surprise was invited to be a part of it. 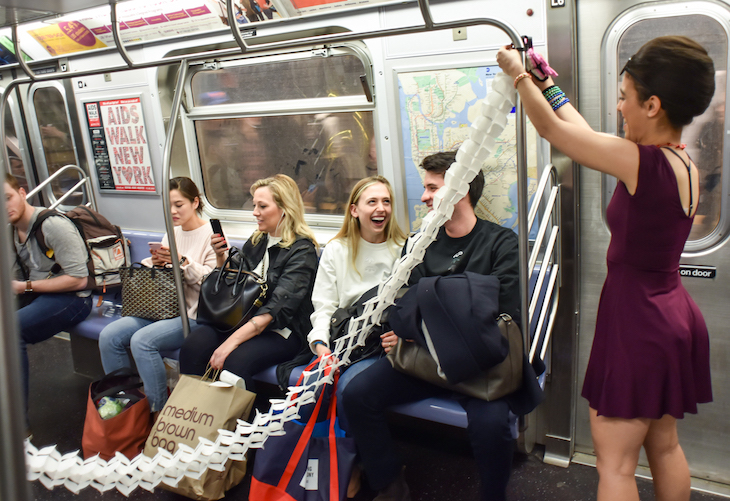 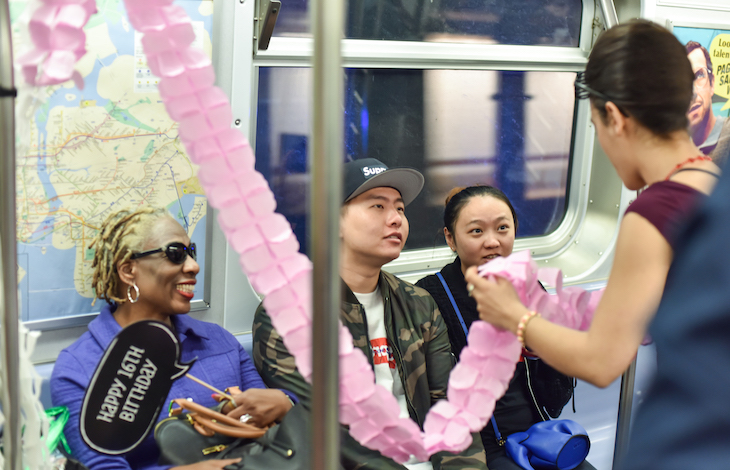 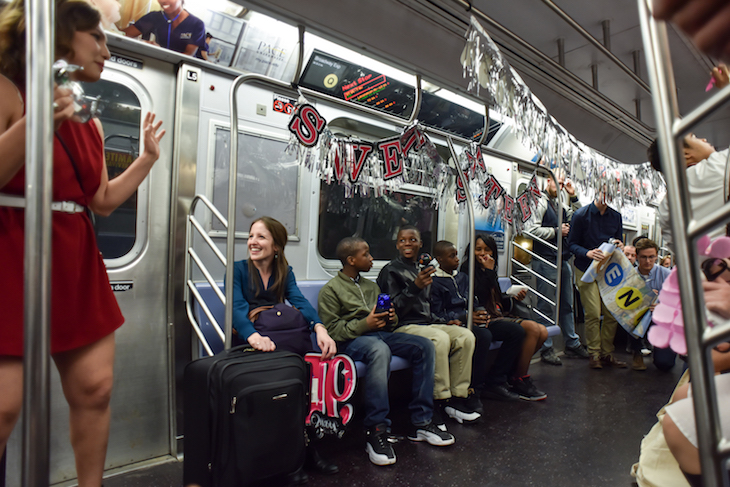 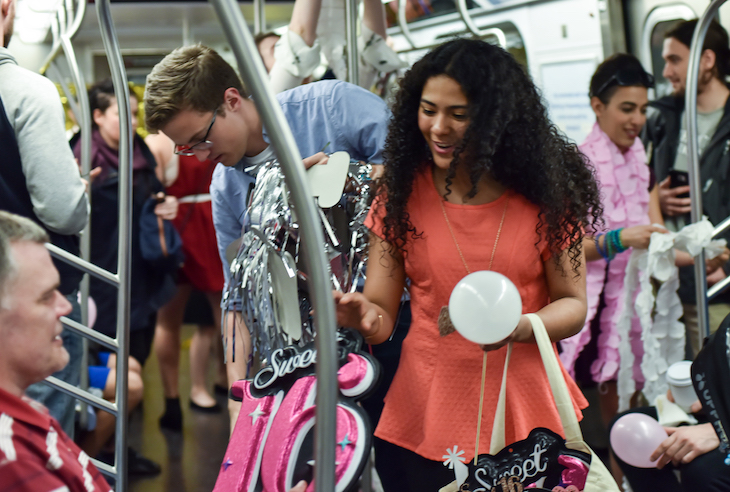 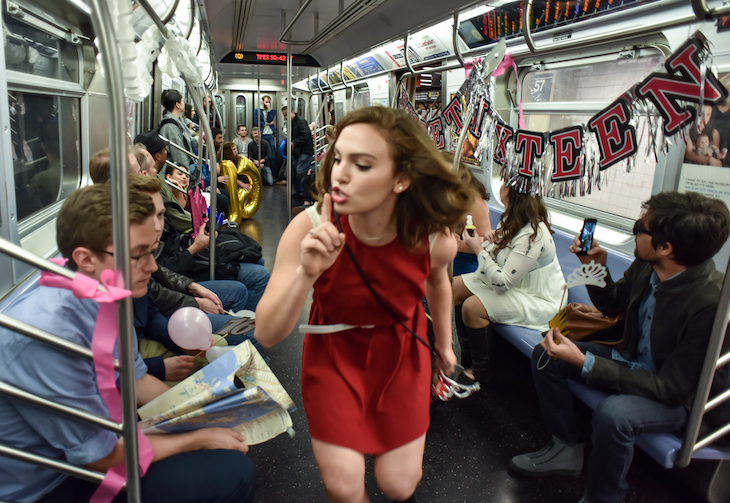 As the train pulled into 57th Street, Addie shushed the car and told everyone standing to crouch down. 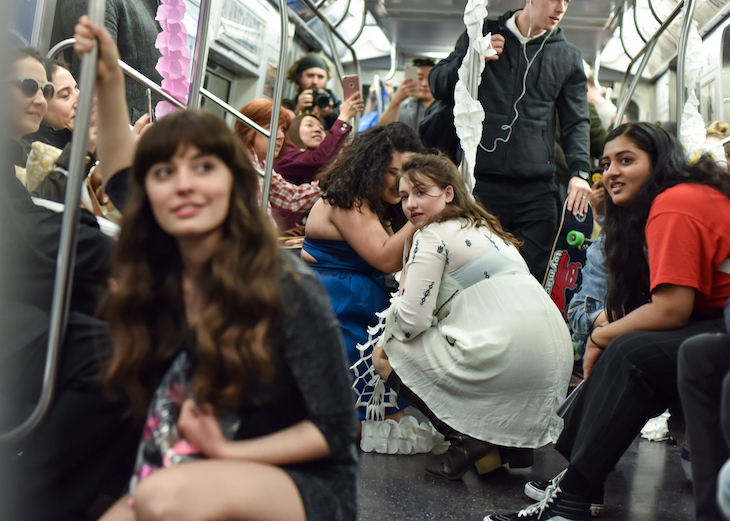 The doors opened at 57th Street, and Agent Jenny Gorelick boarded with her friend, played by Agent Samantha Moyer. 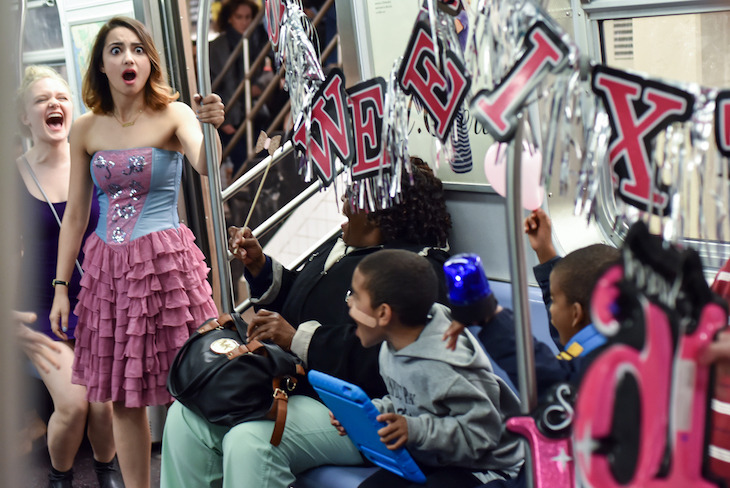 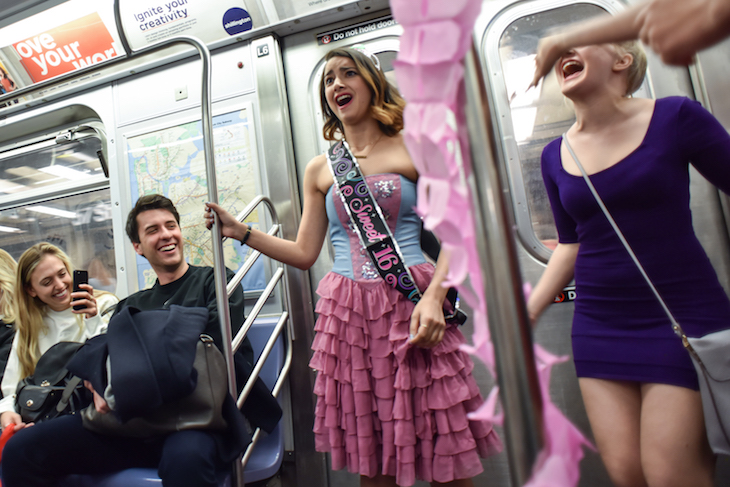 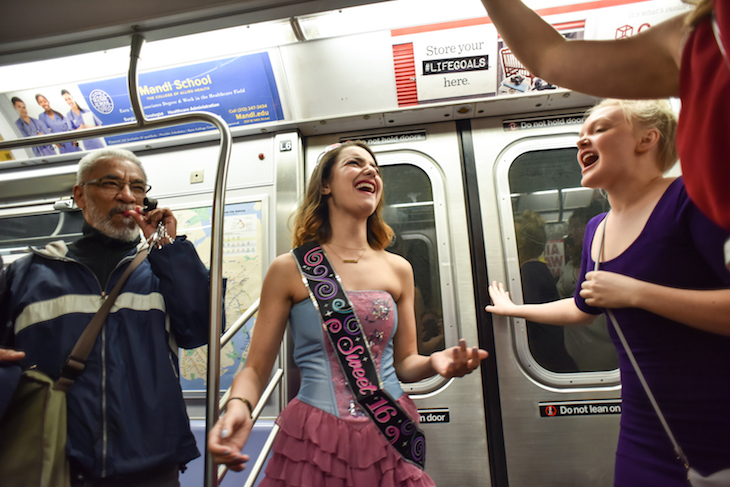 We staged the surprise five times total over the course of the day, each time at 57th Street. 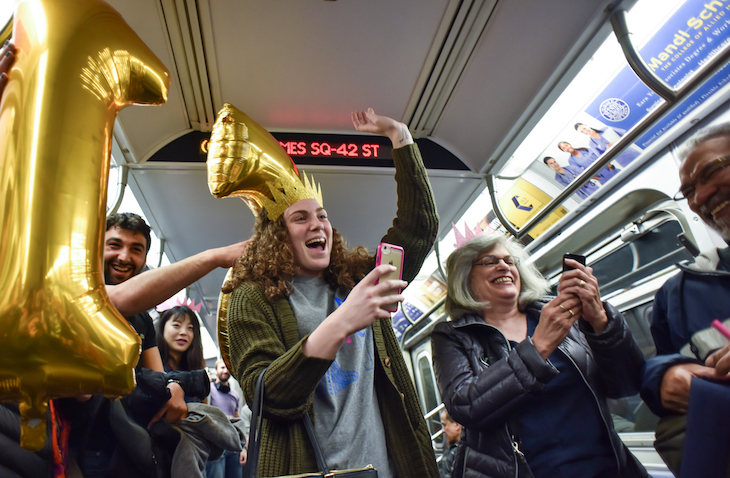 We met a ton of awesome people who were down to help decorate the car, blow up balloons, and shout surprise. Not everyone in every car wanted to be a part of it, this kind of thing isn’t for everyone, but a large majority of people did! We had about 80% of every car at least wearing a party hat or holding a sign. 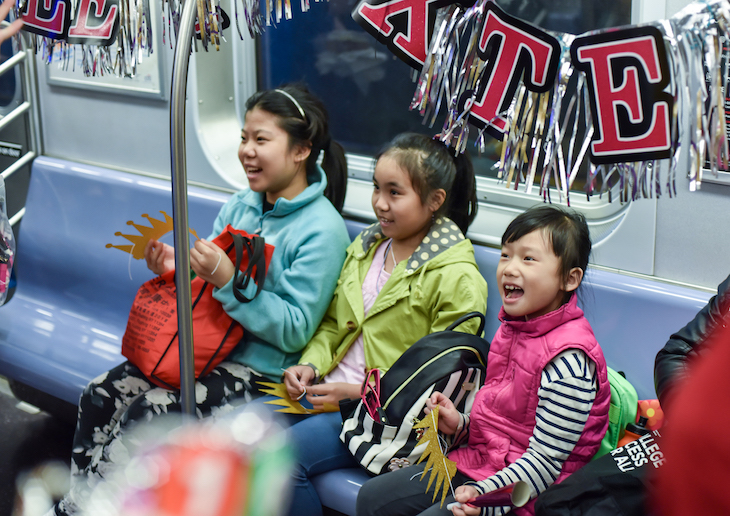 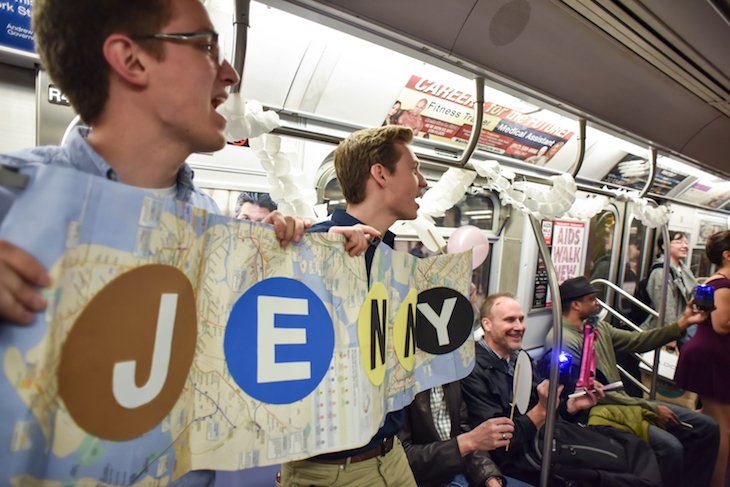 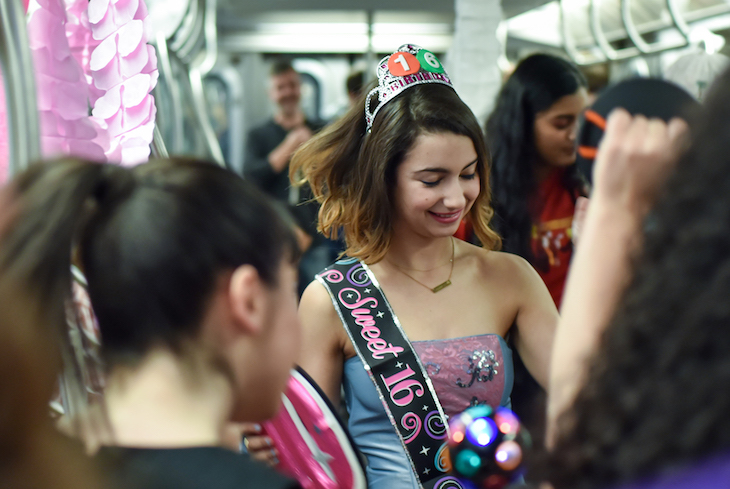 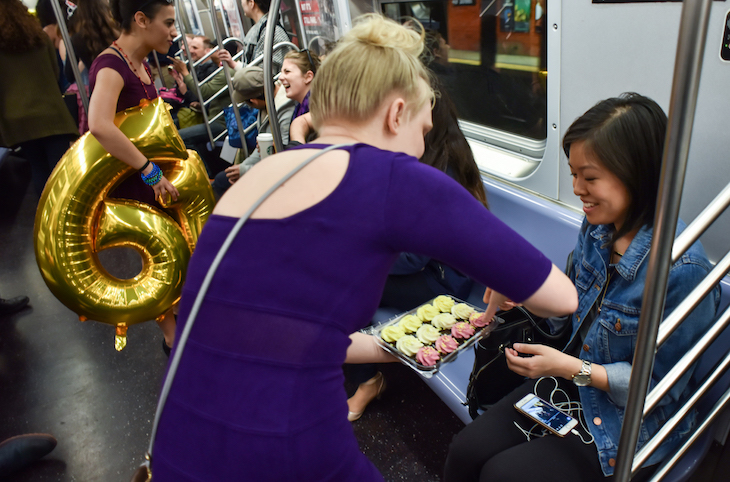 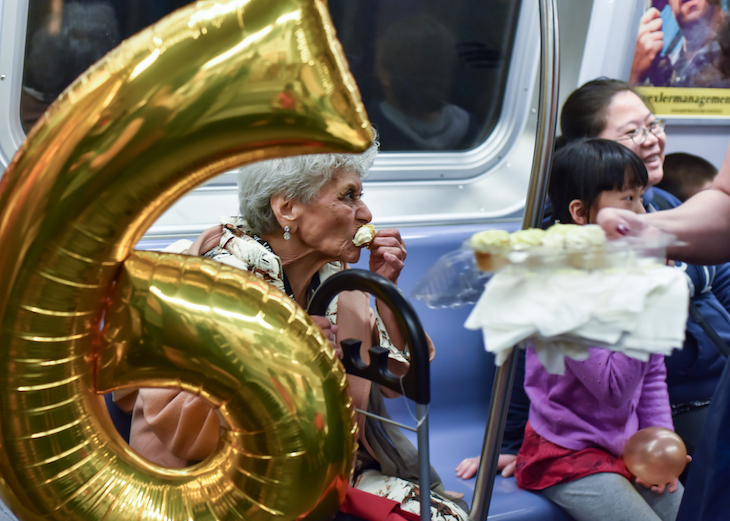 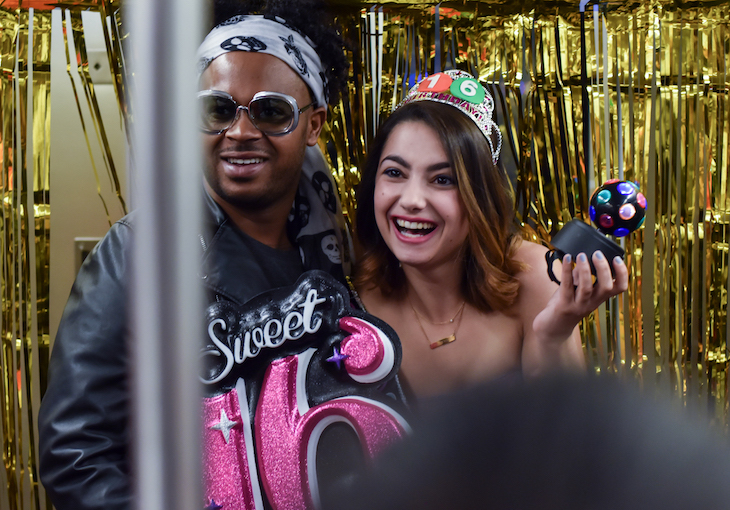 Random passengers were invited to get their photo taken with Jenny in the photo booth. 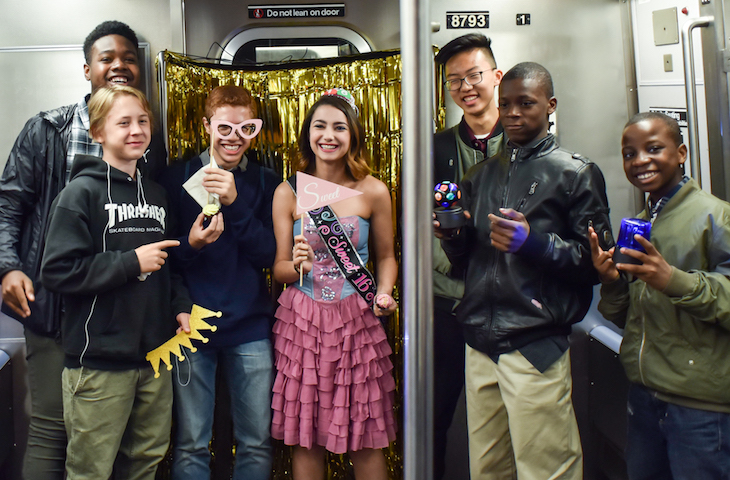 We played music through a bluetooth speaker and had some dance parties between stations. 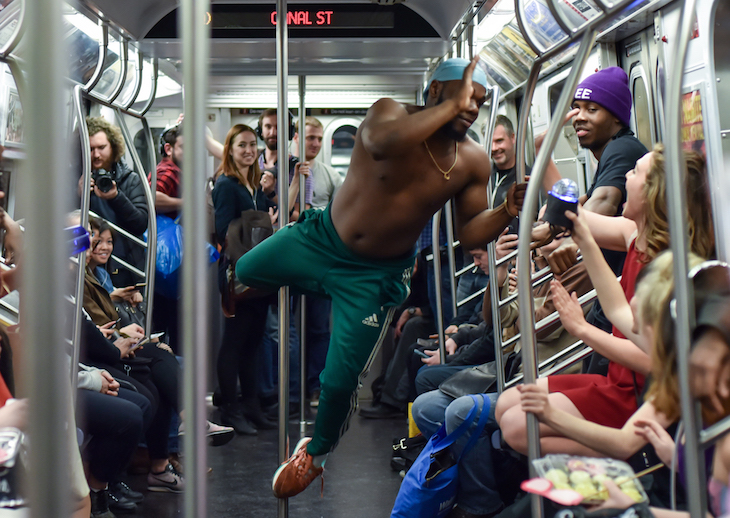 A “showtime” dance crew showed up! Normally it’s my biggest fear that a showtime dance crew will show up when we’re doing some elaborate subway stunt, but in this case, it only made the party more awesome. These guys were great and totally got on board with what was happening. They got a good tip from us, too. 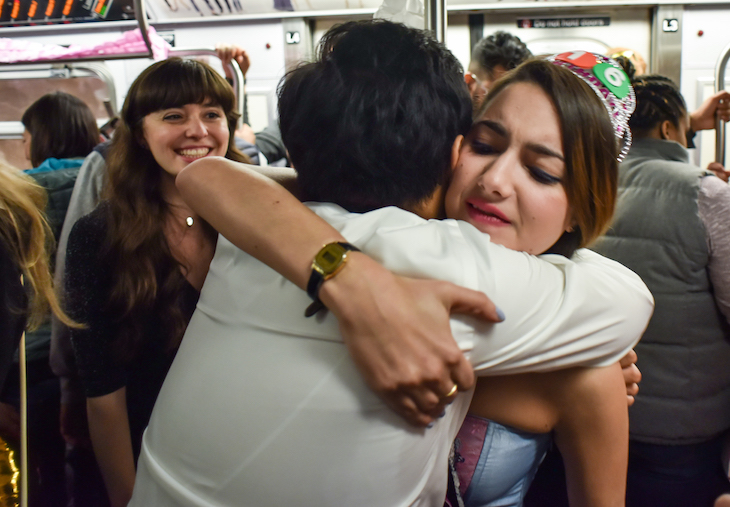 The best part of the experience was the smiles, laughs, and hugs from complete strangers. I’ll never get tired of seeing people from all different walks of life come together to do something fun on a subway car. Thanks to everyone who was a part of it! Even if the set up was staged, the party was real, and it was a blast! 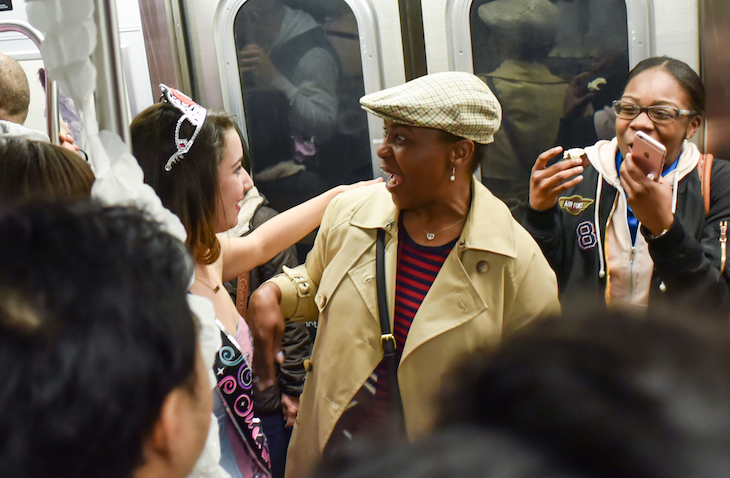