For our latest mission, pedestrians in a busy New York crosswalk begin ballroom dancing one by one as they “accidentally” bump into their partners. This project took place on the crosswalk in front of Penn Station on 7th Avenue, one of the busiest spots in the city. We staged the mission several times, with the performance repeating at each change of the light and always finishing before the “Don’t Walk” countdown clock reached zero.

This project was a collaboration with YouTube’s new Field Day channel. Check out our video on the Field Day channel that features parts of this mission as well as our Groundskeeper Acrobats and Unexpected Ballet missions. 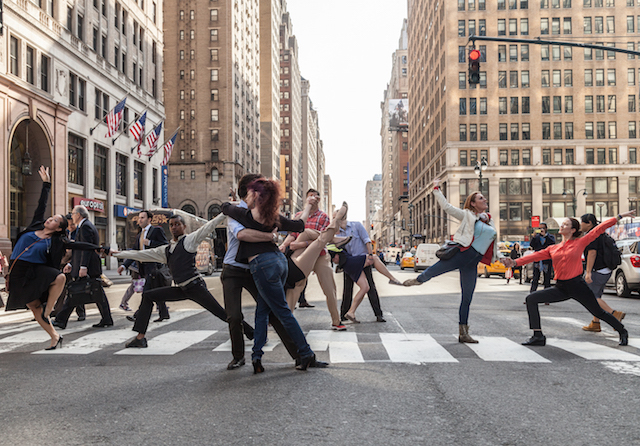 Walking in New York City is very much like a dance. Between the tourists and the texters you find yourself weaving in and out of people, quickly darting from side to side. Busy crosswalks come with the additional pressure of racing against the clock, which only heightens the dance-like environment.

For this project we put out a call to our NYC mailing list looking for ballroom dancers. For the most part participants didn’t know each other before this project, though some participated with their dance partners. We had one loose rehearsal just to walk through the logistics and make sure everyone was comfortable with the idea and their partners. 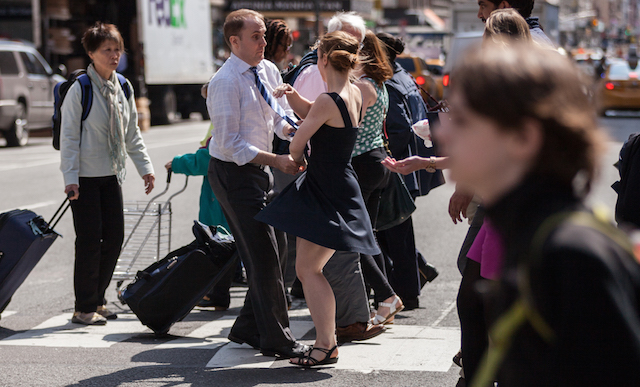 Agents John Druzba and Emily Vartanian started the dance. They waited for the light to change at opposite ends of 7th Avenue at 32nd Street. After the light changed, they met in the middle and acted like they were accidentally blocking each others’ way. You know that thing where you’re suddenly in front of someone and you both move the same way to try to solve it? That thing. 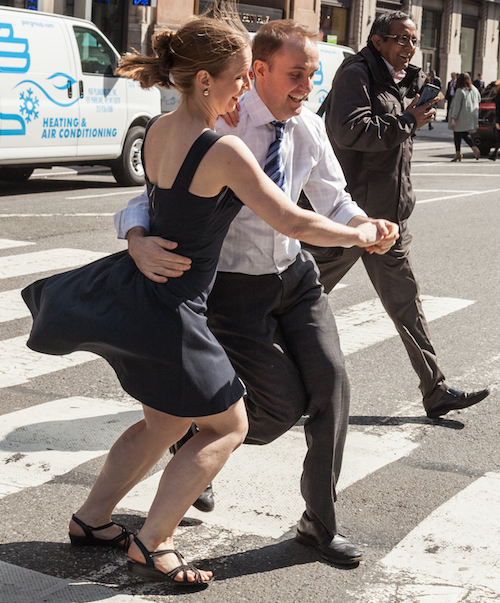 Their seemingly awkward encounter quickly turned into a dance. 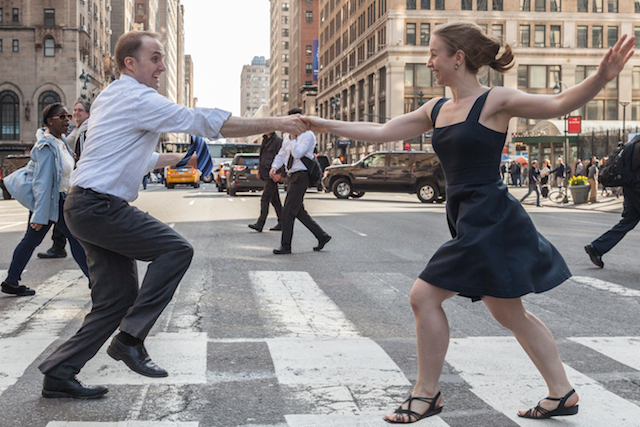 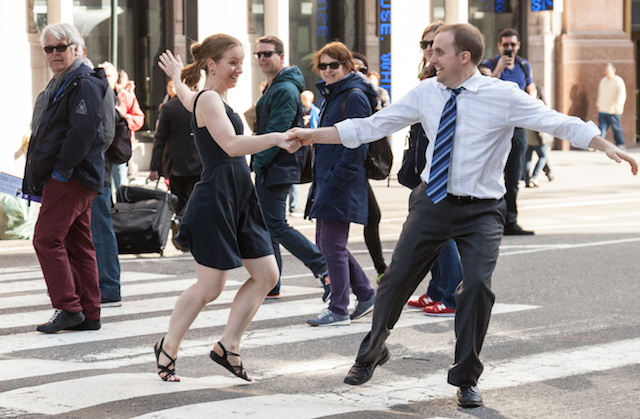 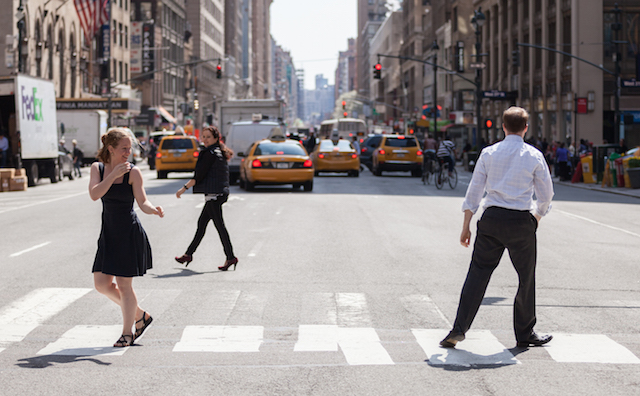 As the Don’t Walk countdown neared it’s end, John and Emily parted ways and continued on in opposite directions. 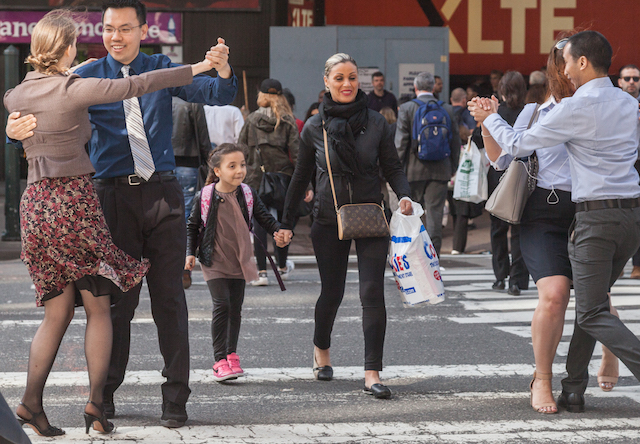 At the next change of lights, a second couple joined John and Emily, and at the third light change, our entire cast joined the dance. Each couple began their dance in the same way– acting as if they were accidentally bumping into each other. 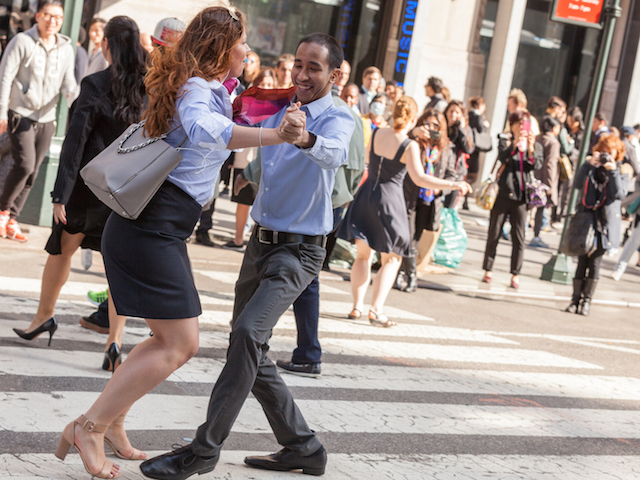 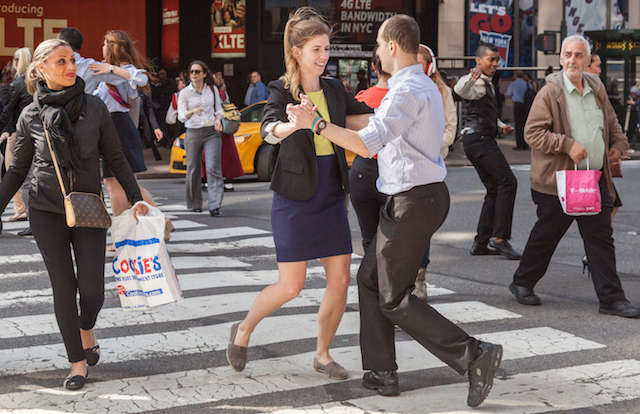 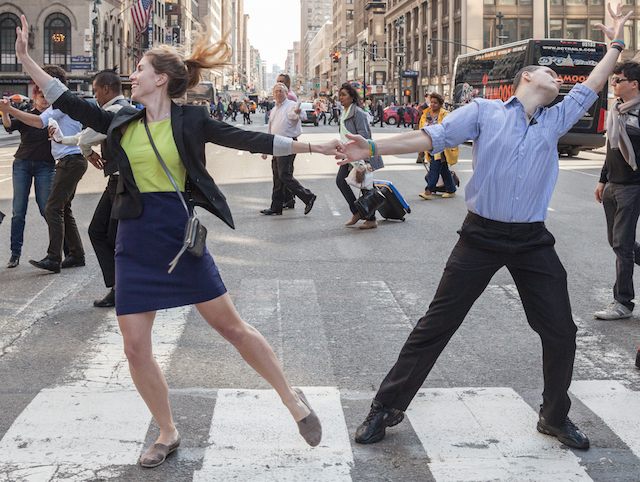 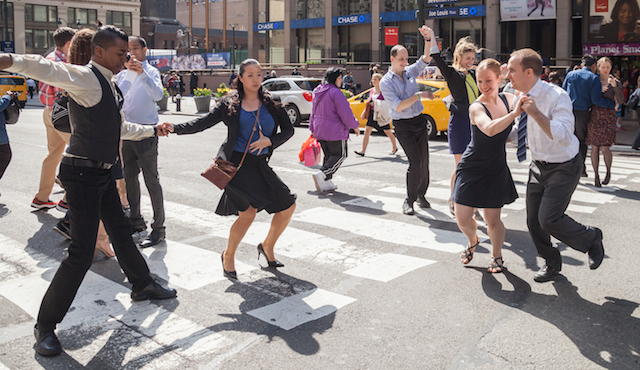 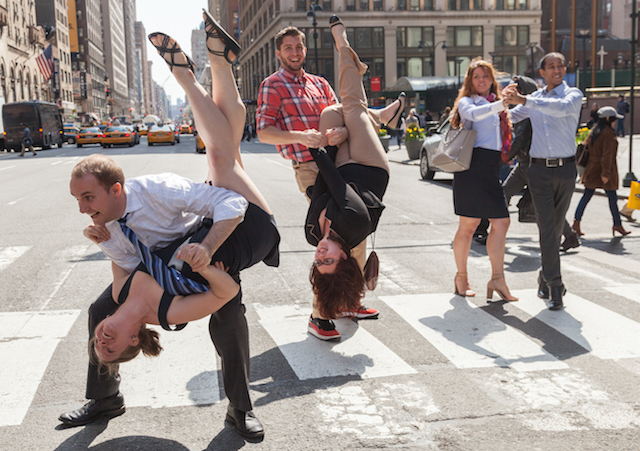 Our cast continued staging the dance light after light for an hour or so (with a few breaks along the way.) The dances got more and more elaborate as time went on. 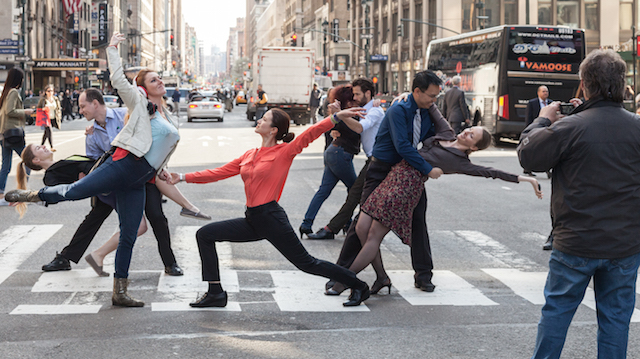 It was a great spot because there was always a healthy crowd of people coming to and from Penn Station. Each time we staged it, 95% of the people around us were seeing it for the first time. We noticed a few people who stuck around, hoping to see it again. The best reactions came from those in the crosswalk who got caught up in it as it started. Some folks were in a hurry, rushing to catch their train, but most everyone did a double take and smiled. I had a blast watching it from the sideline. 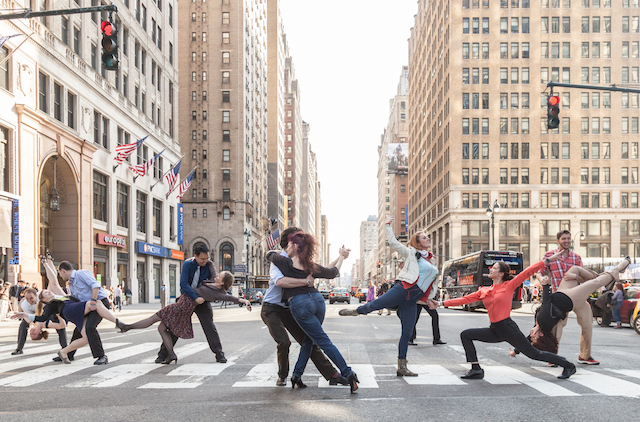 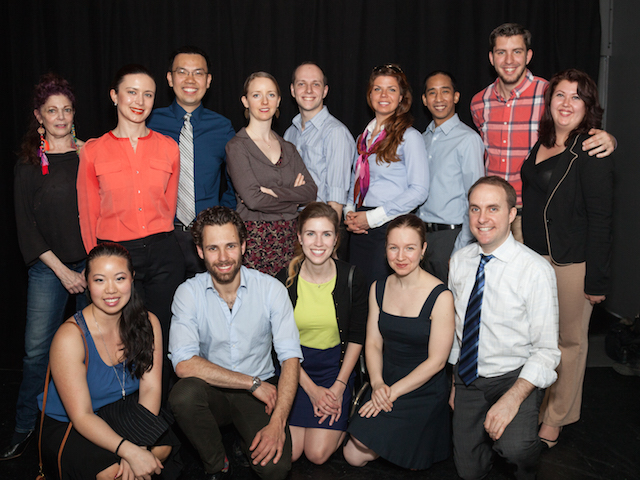 Thanks to everyone who came out and danced!