For our latest mission, we surprised a random family by Christmas caroling with a 20-person brass orchestra and a 13-member choir. 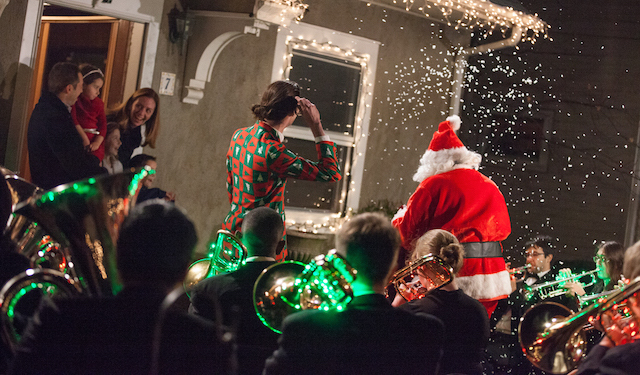 This is a mission I’ve wanted to do for several years now. I’ve thought about doing it the last few Christmases, but it’s particularly difficult to pull off. First, you need an orchestra. Second, you can’t really do it in most parts of NYC since caroling in front of an apartment building doesn’t quite work. Renting a bus and transporting an orchestra to a more suburban place is pretty expensive. Earlier this year Target approached me and asked if they could sponsor an Improv Everywhere holiday video. I pitched them this idea and they loved it. Perfect! Their support would make this idea finally possible for us. 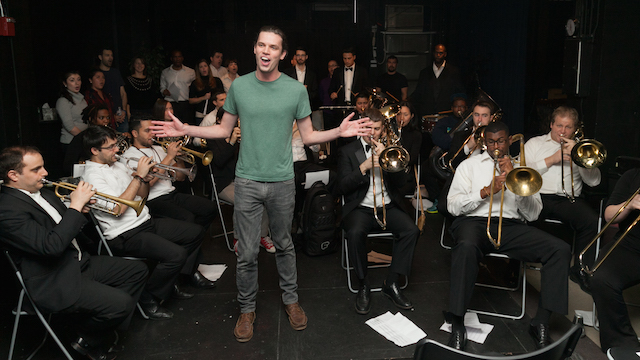 We rehearsed early in the day in studio in Manhattan. Patriot Brass Ensemble came on board to provide the orchestra and the choir. We cast our friend Aaron Jackson from the Upright Citizens Brigade Theatre to play the soloist. 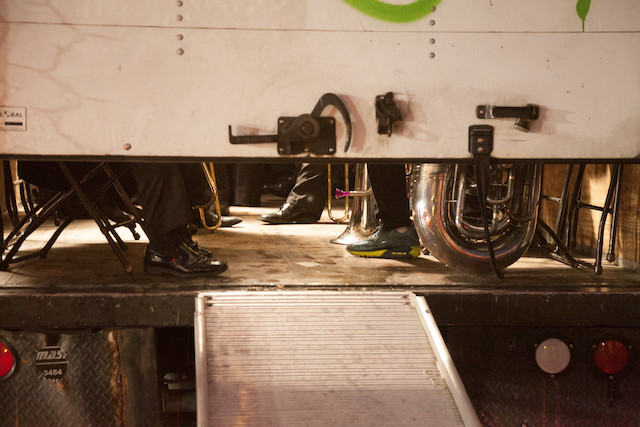 Orchestra in a box truck
My original idea was to stage this guerrilla style, actually showing up at random houses, ringing the doorbell, and seeing what happens. Practically there were several reasons why this wasn’t the best way to produce this, even it was the most fun version. What if no one was home? What if the family doesn’t celebrate Christmas? There were just too many variables to be able to go up to a random house, especially when you’re going to all the trouble to transport a 39-person cast to New Jersey.

So we came up with a solution: we rented a house and then invited families into the home under the guise of getting a family photo taken. We reached out to our NYC-area email list looking for families in the Bergen County, NJ area who were up for a surprise. In all we surprised five families over the course of the evening. The moms acted as our accomplice– they were the only ones in the family who knew that something was going to happen, but they didn’t know what. They kept the secret from their husband and kids. Once the families arrived for the photo, a producer told them to wait their turn in the living room and to please answer the door if the doorbell rings as we were expecting more families soon. 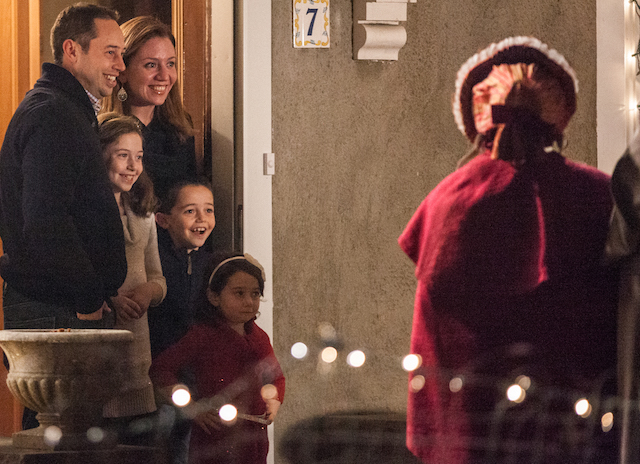 When the family did answer the door, they were greeted by four carolers in Victorian attire, singing Deck the Halls. 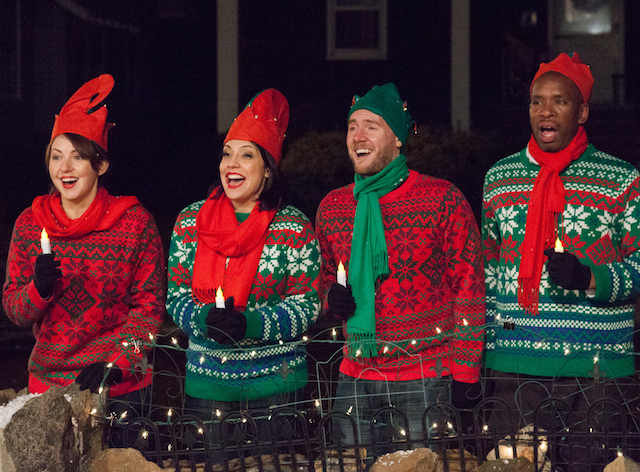 Midway through the song, another dozen carolers showed up. 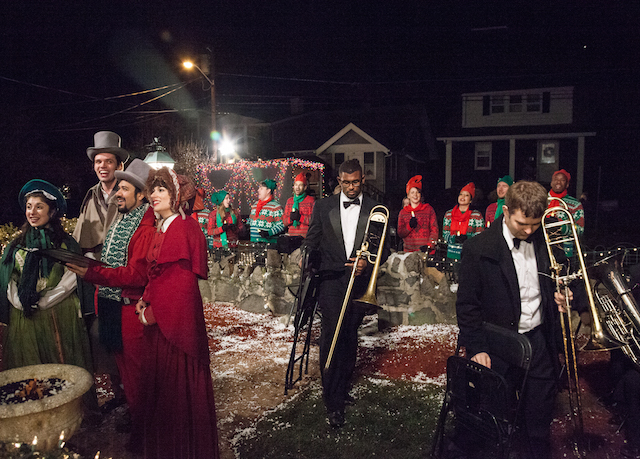 Then a box truck parked across the street opened up and a 20-person orchestra poured out. 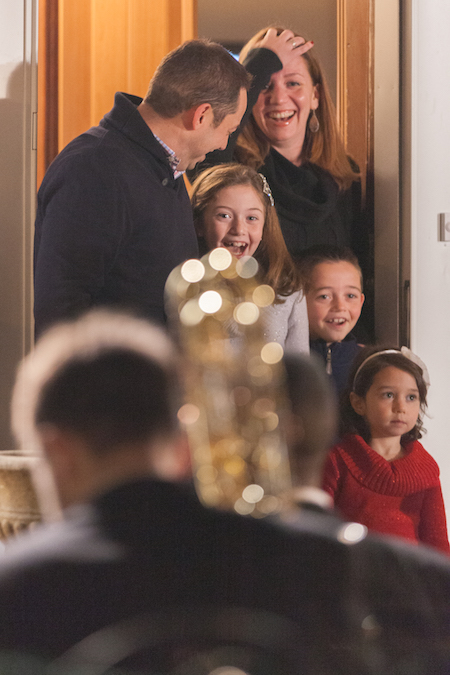 The Schreiber family reacts to the orchestra 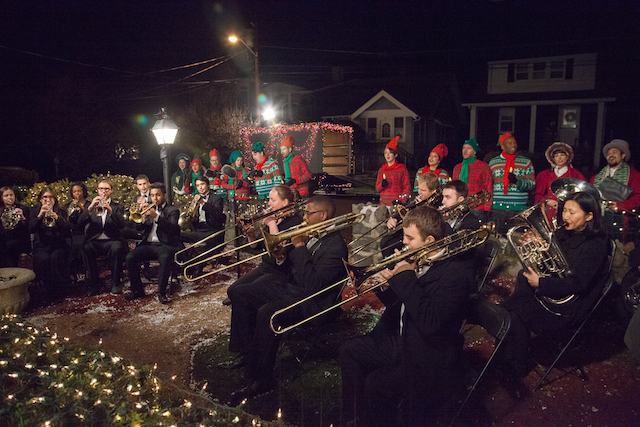 The orchestra put chairs down on the front lawn and joined in on the third verse of Deck the Halls. 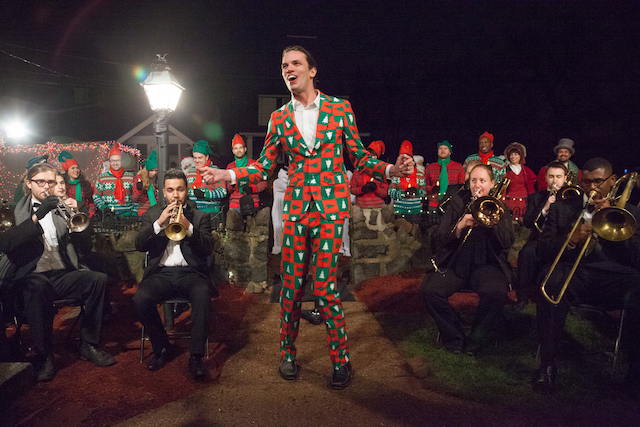 Soloist Aaron Jackson returned after a costume change to lead the orchestra in a rendition of Marshmallow World. 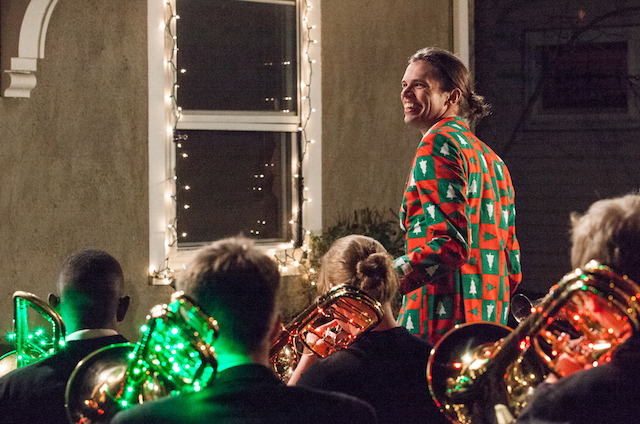 The orchestra turned on Christmas lights on their instruments as the song began. 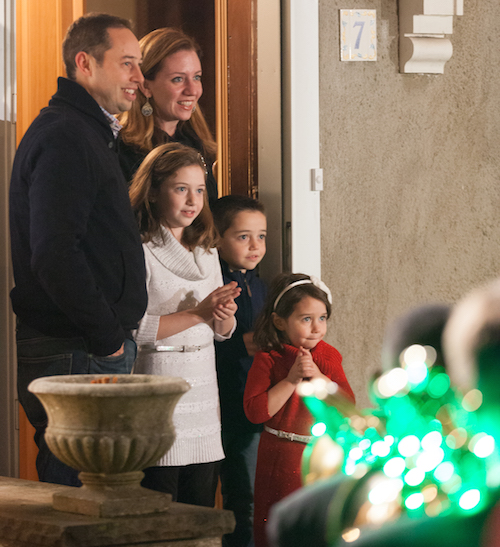 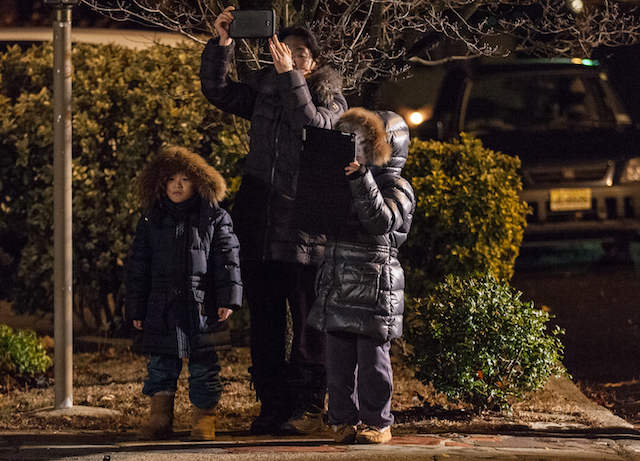 Neighbors started coming outside to watch the performance. 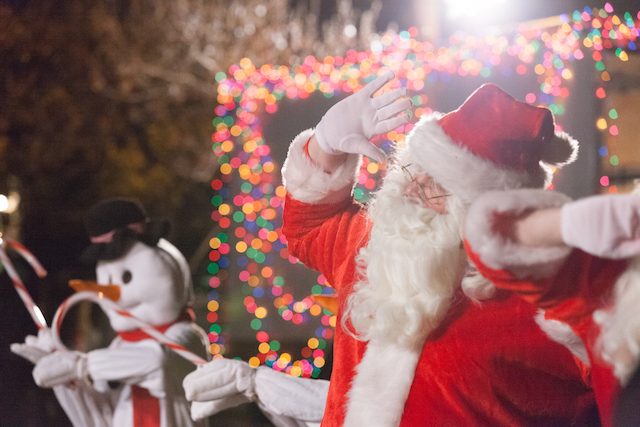 Actors dressed as Santa Claus and Frosty the Snowman showed up and danced along. 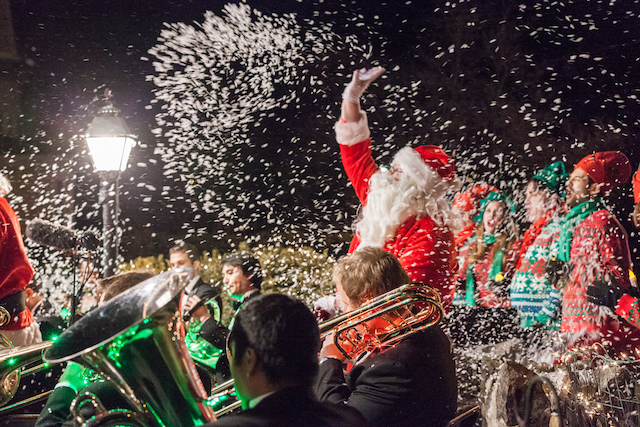 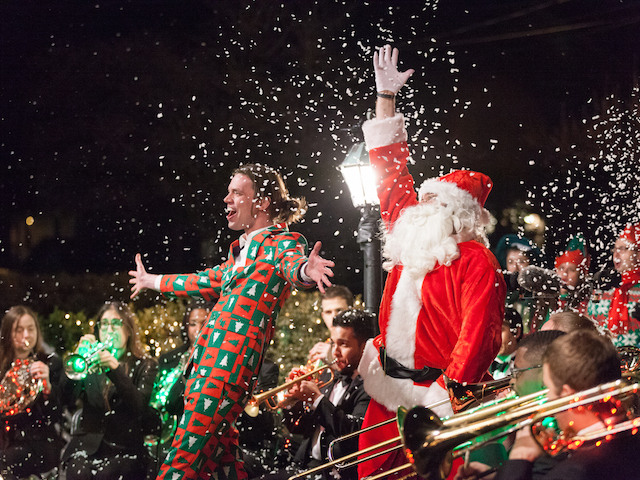 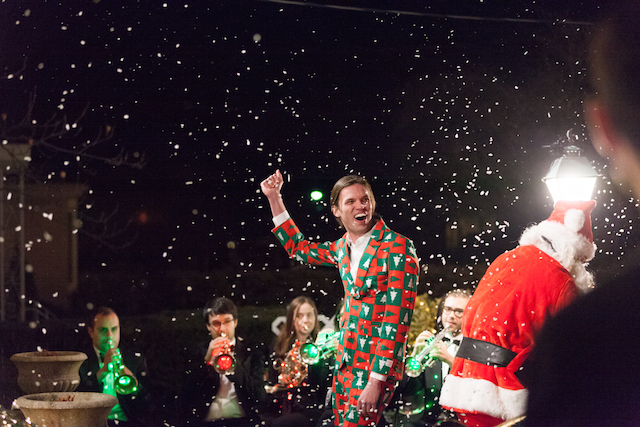 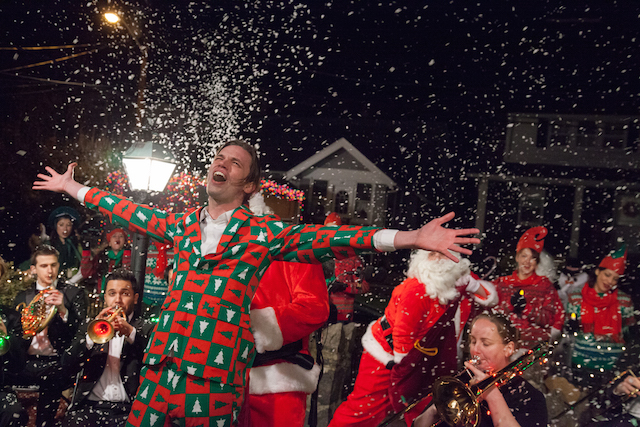 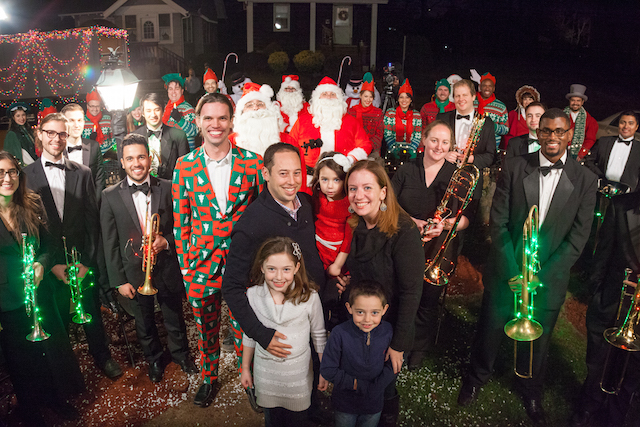 All five families we surprised had a great time. For the video we ended up using the Schreiber family as they seemed to have the most fun of all. The families did end up getting a family photo after all, as we took a group picture with the whole cast and the family.

Lauren Schreiber wrote to us a few days after and said, “I kept thinking, ‘What’s going to happen next?’ My kids were dancing, I was singing along, each of us took in different bits and pieces and felt like we were on the set of a movie. My kids will remember it for their entire lives.”

It was an awesome night. We had so much fun throwing a huge party just for one family at a time.