For the Fifth Annual Black Tie Beach, hundreds of participants spent a day at the beach in black tie attire. We covered Coney Island with a diverse group of people of all ages laying out, playing games, and swimming in the ocean in formal wear. Agents were instructed to find cheap tuxedos and ball gowns at thrift stores for the occasion. The event also happened on the same day in several other cities around the world, including Boston and Jacksonville. Watch the video first, and then check out the photos and report below. 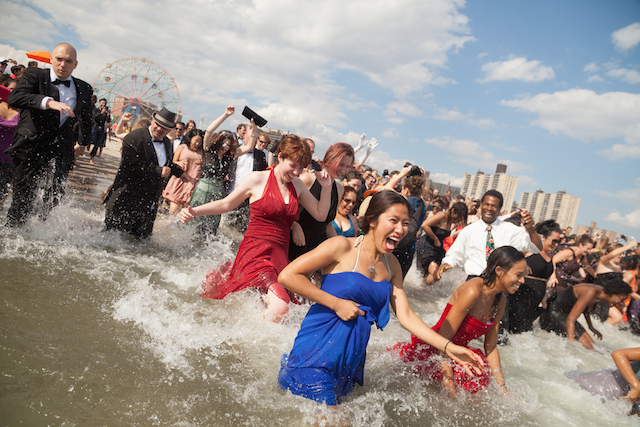 This year was another fun Black Tie Beach event. We had a great turnout and lots of first timers. After spending three years in Brighton Beach, this year we headed further west to stage it at Coney Island proper. The Russian folks at Brighton were getting a little too used to us. Coney Island was much more crowded, and the amusement park backdrop added to the fun. 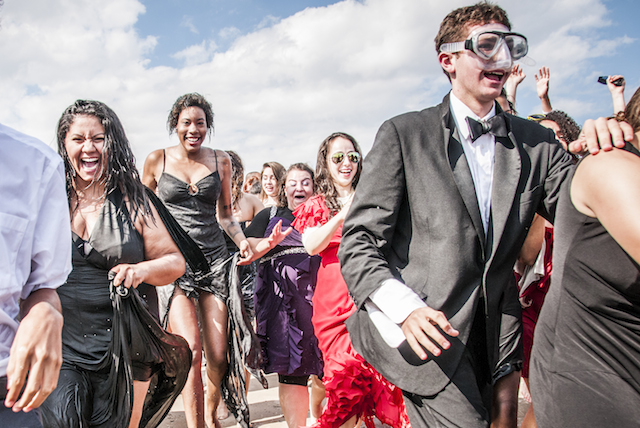 Once again we had a super diverse group of participants of all ages, including some folks visiting from other countries. The oldest participant this year was 65 and the youngest was 10 weeks. 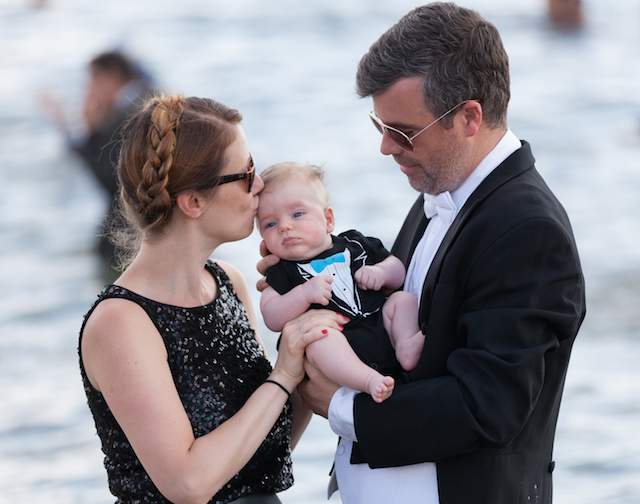 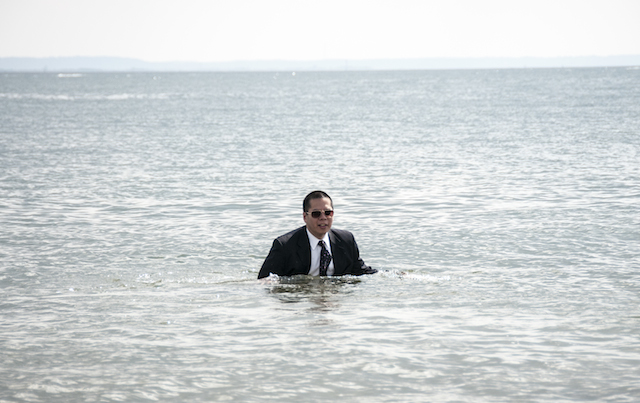 The mission starts out slow with people trickling in to the beach by themselves or in small groups. My favorite images of the event are always the one like this, where one person is in the water by himself. That’s usually when we get the best reactions from others as well. 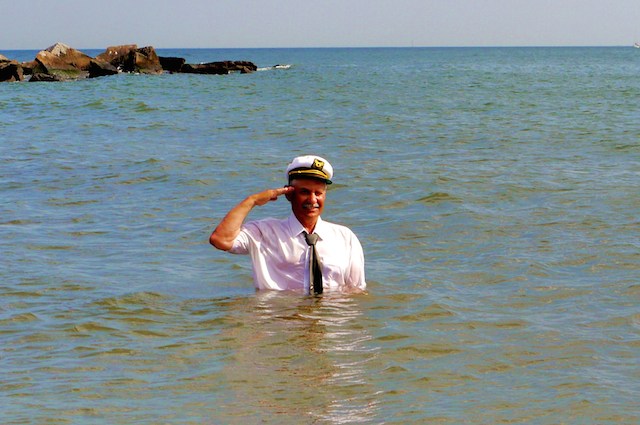 Our friend Simon made it out again and this year got in the water with us. A Brighton Beach resident, Simon stumbled upon us at the very first Black Tie Beach (giving a really great quote at the end of the video.) He’s been attending every year since. 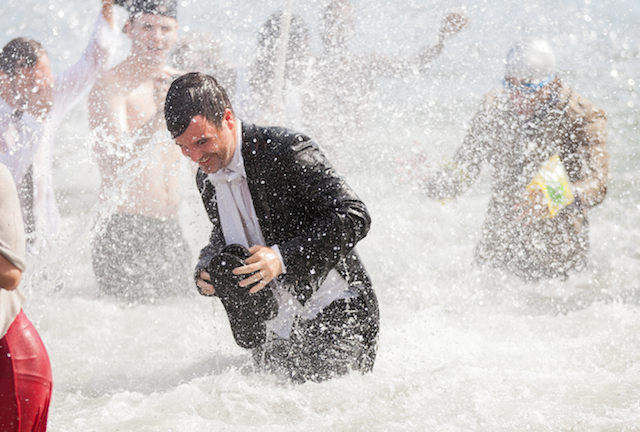 I was the target of a massive splash fight after I entered the water. 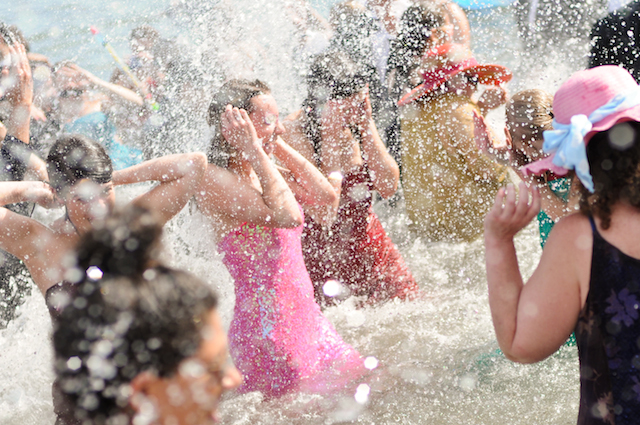 Lots of good splashing this year all around! 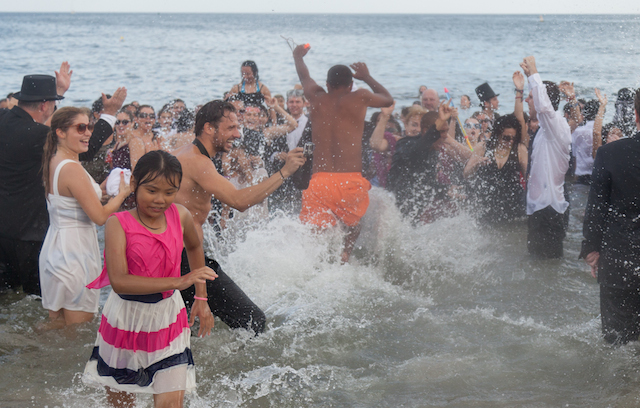 At the end of the day we all get together for one big group run-in. Shortly after the run-in this year, a lifeguard came charging in. At first I was worried that someone was drowning, but nope, he just wanted to start a splash fight with us. All of the lifeguards were extra fun this year. They really helped make it an awesome event for everyone.

Black Tie Beach happened in other cities around the world on the same day. If you have any photos from your city, leave them in the comments!

See you next summer!

Music:
Listen to the track by Tyler Walker: