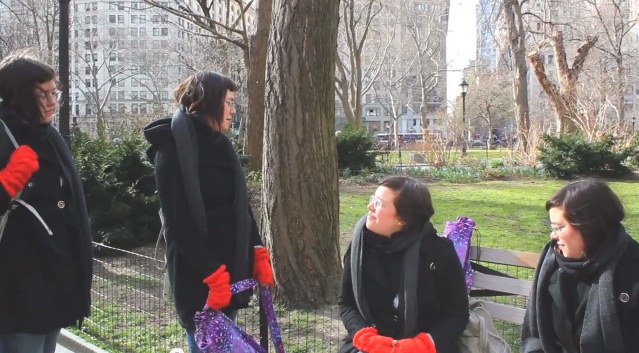 If you haven’t figured it out by now, the Quadruplets mission was our annual April Fool’s hoax. We teamed up with filmmaker Cameron Sun and had him create some awesome visual effects. All of the “quadruplets” were single actors mixed with Cam’s special effects. Identical quadruplets are of course very rare, 1 in 13 million. One estimate guesses that there have only been 67 sets of identical quadruplets born ever. So the likelihood of us being able to assemble eight sets in New York via our mailing list was pretty preposterous. Check out the video above, and then enjoy some behind the scenes photos below.

As a group that puts on pranks year-round, it doesn’t make sense for us to release a normal video on April Fool’s Day. We use the day as an opportunity to play a prank on our fanbase. The past few years our April Fool’s videos have made it look like we had lost our minds and staged something horribly inappropriate. This year we decided to stage something that would be an incredible idea, if it were actually possible. 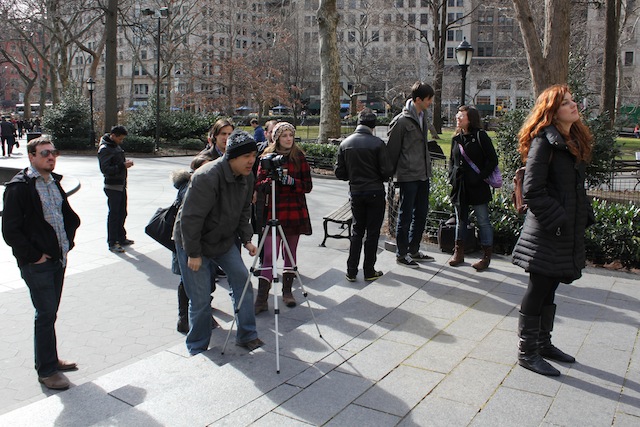 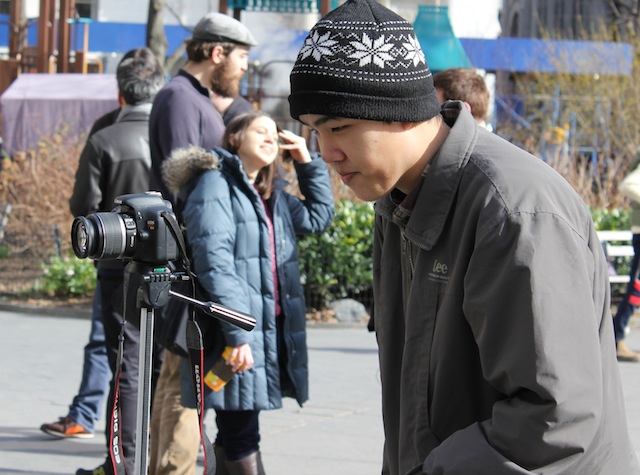 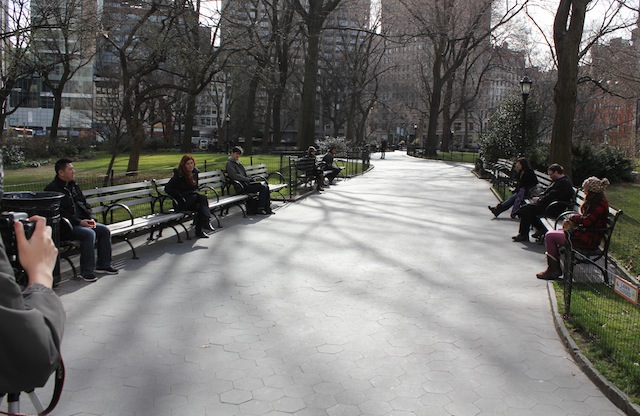 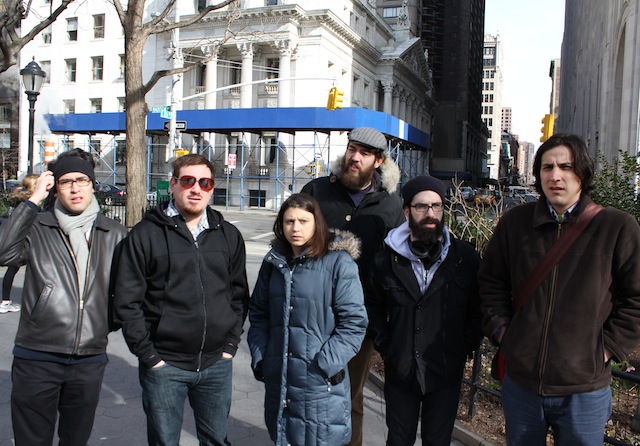 Despite there being some minor imperfections with the special effects shots, and the VERY obvious clue of there being one shot with identical octuplets, many people were fooled by the video. Check out the comments on the YouTube video and on our original post to see reactions from those who were fooled (and more than a few pretending to be fooled to go along with the joke.) The prank even made the front page of MSN.com in a story that reported it as fact instead of a hoax. 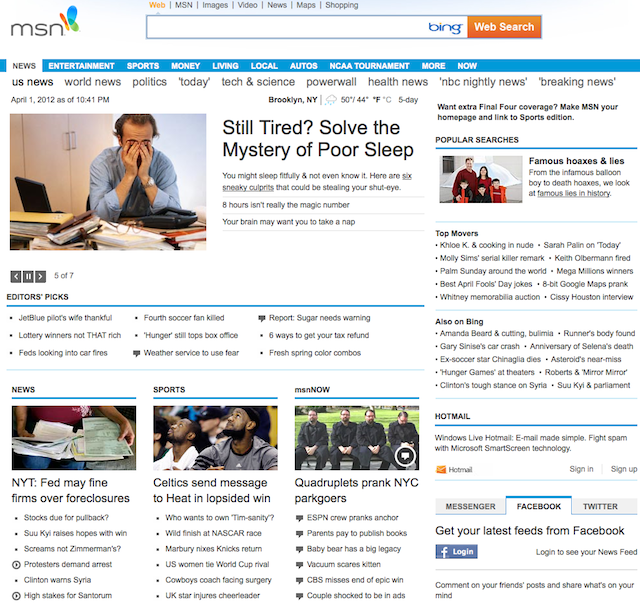 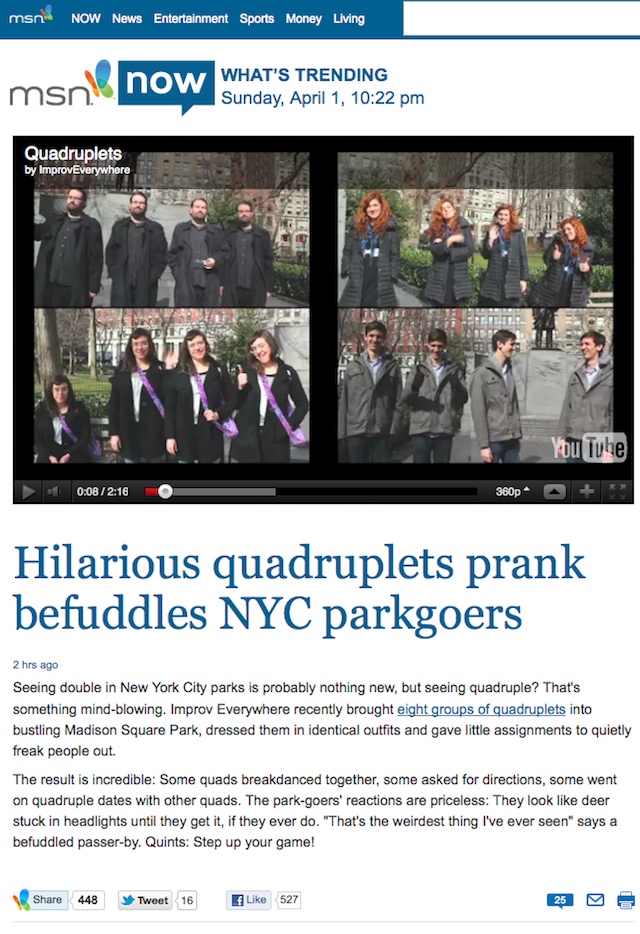 A huge thanks to Cameron Sun for shooting and editing this project. Check out his YouTube channel to see his special effects driven comedy videos. 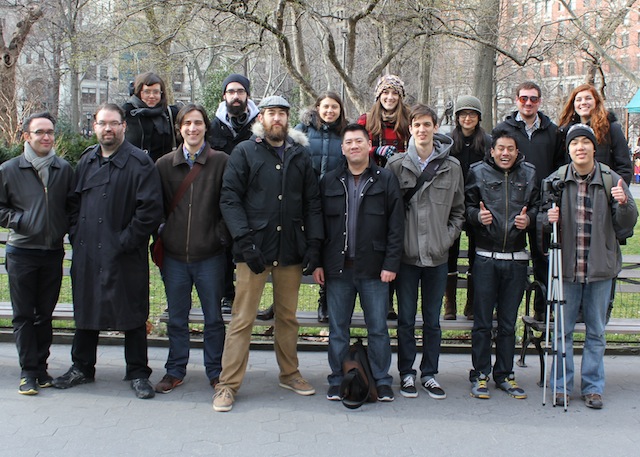 And if you haven’t seen it, here is our Human Mirror mission featuring (real) identical twins: