In the latest installment in our Musicals in Real Life series, a seemingly spontaneous musical breaks out in a New York City beer hall, surprising patrons. One by one actors posing as customers and employees of the bar burst into song to help one man choose the right beer for his date. This project was a collaboration with the NY State Brewers Association and took place at Houston Hall in Manhattan. 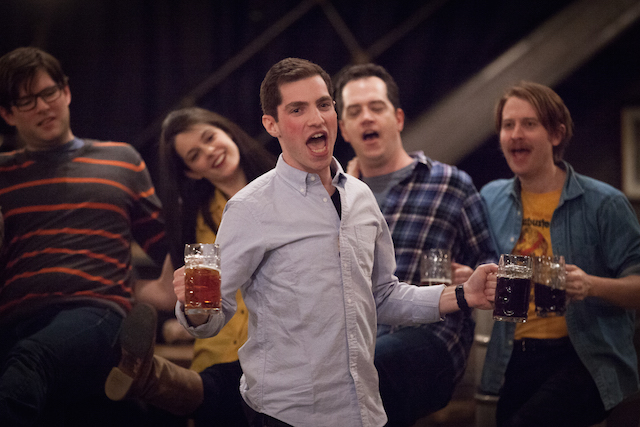 This is the sixth spontaneous musical in our Musicals In Real Life series. It has been over three years since our last musical. Way too long! The musicals are so production intensive that they get very expensive; we can only produce one when the right opportunity comes along. When the NY State Brewers Association got in touch about working together, I immediately pitched them on doing a musical. They were on board right away. I’m personally a huge craft beer fan, so this was a particularly fun project for me to work on. 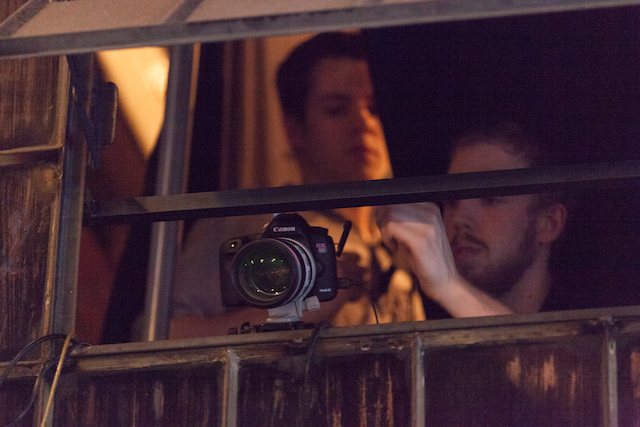 The brewers association got us access to Houston Hall, which was the perfect venue for this project. It’s a huge open space with tons of tables, and it had a private room upstairs that we could use as both a control room and a hidden camera spot. Once we turned the lights out upstairs, our cameras couldn’t be seen down below. 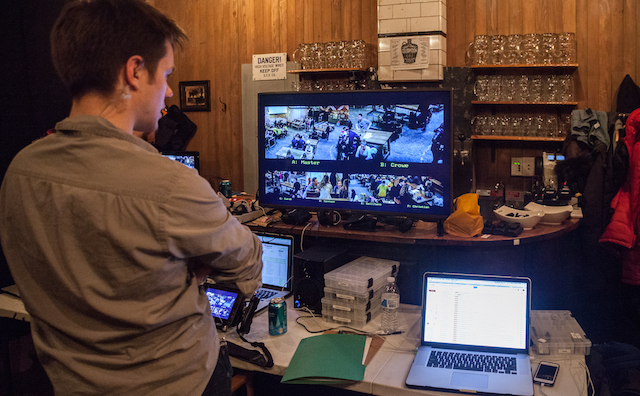 Agent Justin Ayers surveys the control room
We held a rehearsal in the space the day prior to the mission, working out the song before the bar opened. The day of the shoot our cast had to blend in with the space. Agent Johnathan Fernandez had to pretend to work over at the waiter station. 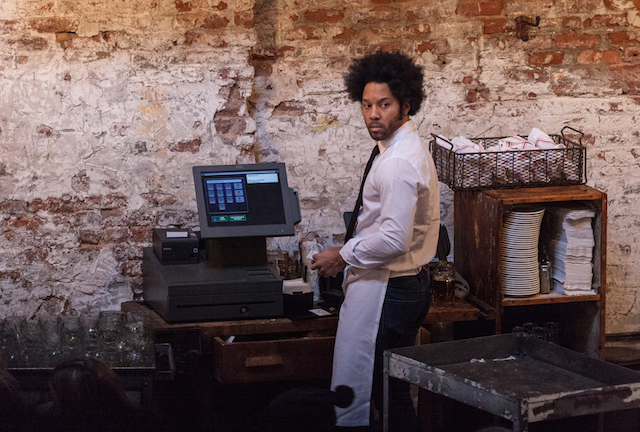 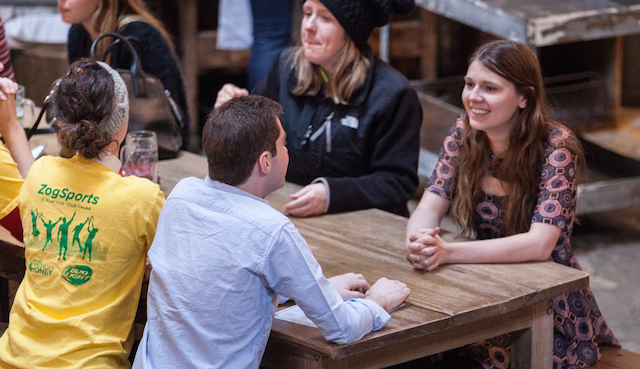 Agents Eric Gersen and Jordan Myrick pretended to be on an awkward first date, not too hard considering they had never met before the mission. 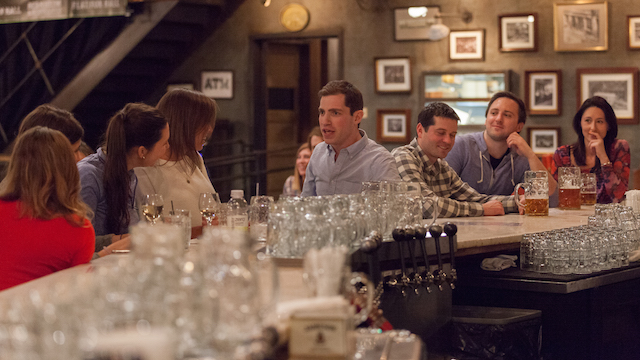 The mission started when Agent Gersen approached the bar. Music began playing and he burst into song, much to the surprise of those around him. 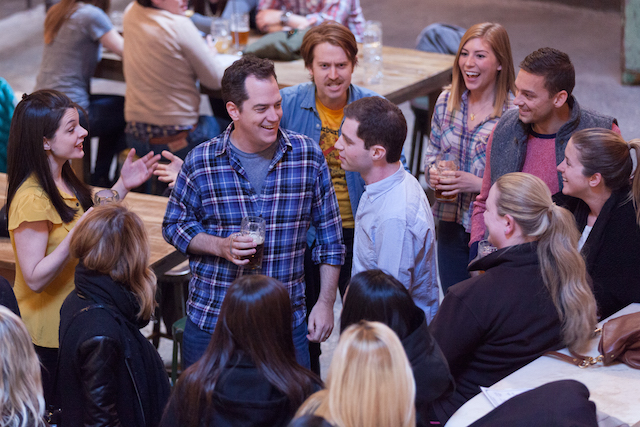 Agent Mark Douglas was the first to join him. You might recognize Mark if you are one of the 2 billion views his videos have gotten on the Barely Political channel. He was soon joined by Agents Carrie McCrossen and Anna Callegari from the UCB Theatre and Andrew Gregory from The Gregory Brothers. 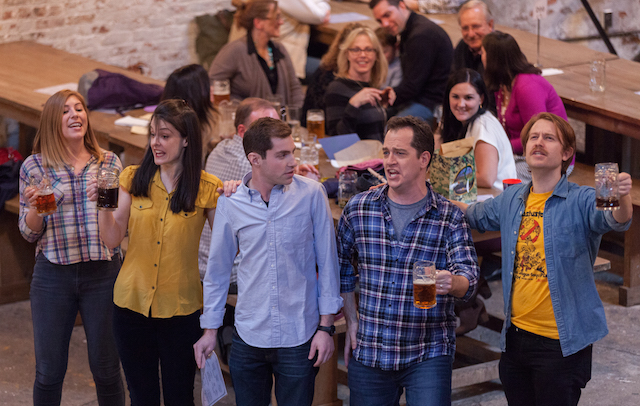 The cast brought Eric to the middle of the bar for the first chorus. 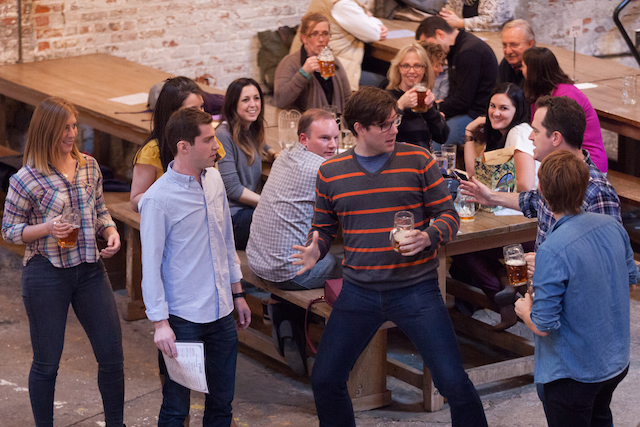 Agent Jeremy Bent pops up from a nearby table and joins the song with his deep bass. This was Jeremy’s second musical with us, having had a cameo in Gotta Share! 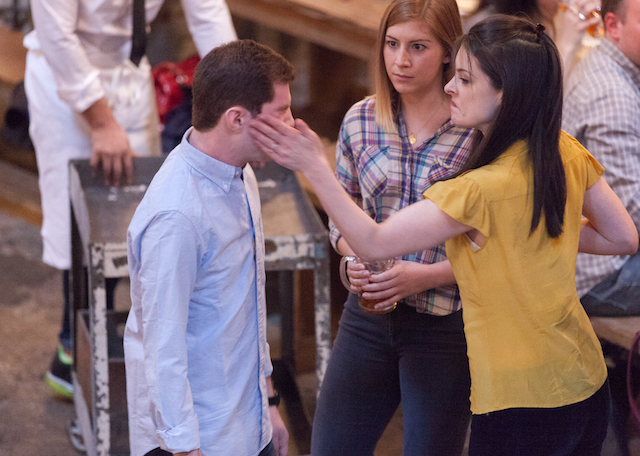 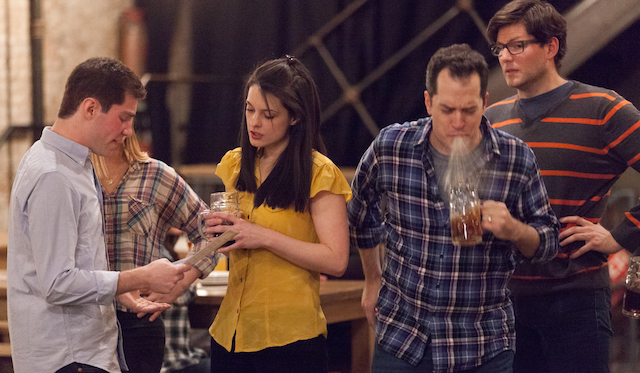 Mark does a spit take he’s so horrified. 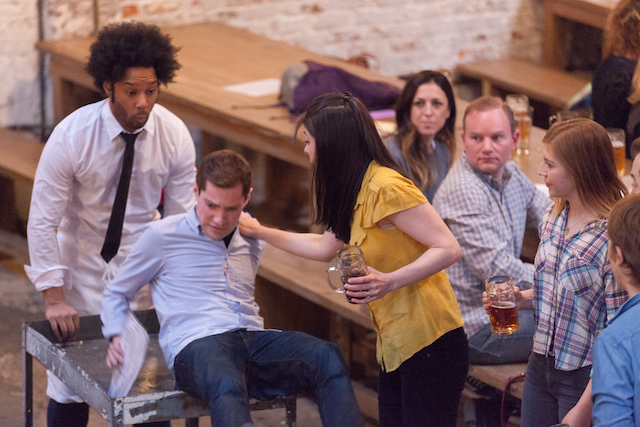 Agent Johnathan Fernandez made a surprise entrance dressed as a waiter, pushing Eric in a cart. It was a nice role reversal for John who himself was pushed in a cart during our Grocery Store Musical. 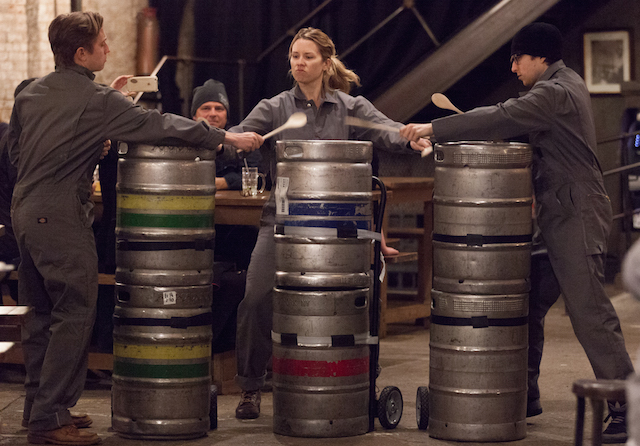 Next to enter were Evan, Sarah, and Michael Gregory also from The Gregory Brothers (you definitely know their YouTube channel.) This was Sarah’s first Improv Everywhere musical. Evan and Michael had memorable roles in our Mall Santa Musical. The three brought in kegs on hand trucks and then proceeded to bang on them with wooden spoons before singing together in harmony. They created the rhythm themselves. 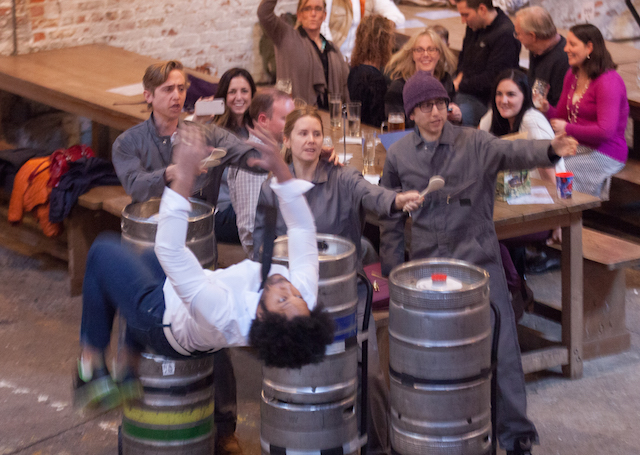 At the end of the beat, John performed a back flip. 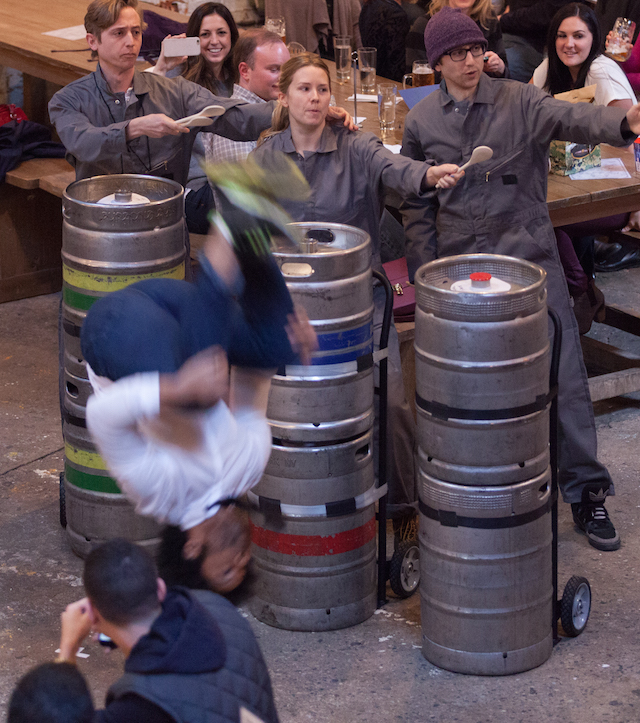 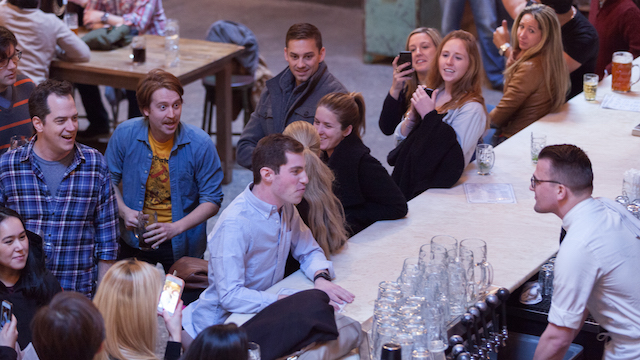 Eric approaches the bar again, this time with his new friends, and orders a Double IPA and a Coffee Stout from the bartender (played by Agent Tucker Markus.) 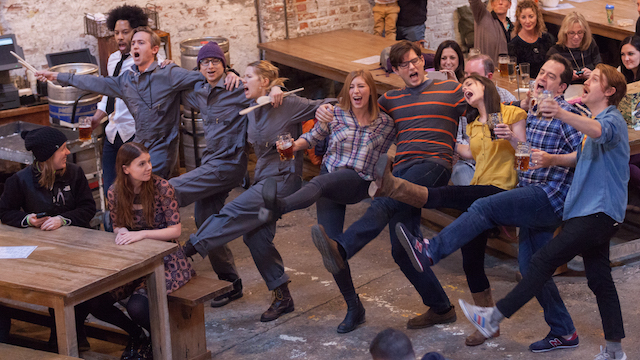 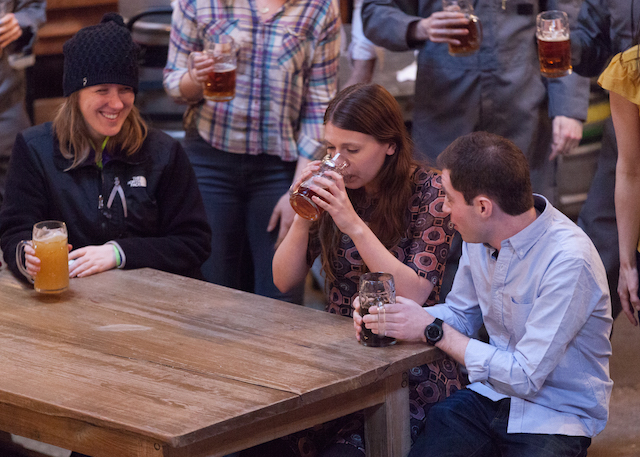 Eric returns with his beer and his date Jordan loves it! Hooray! 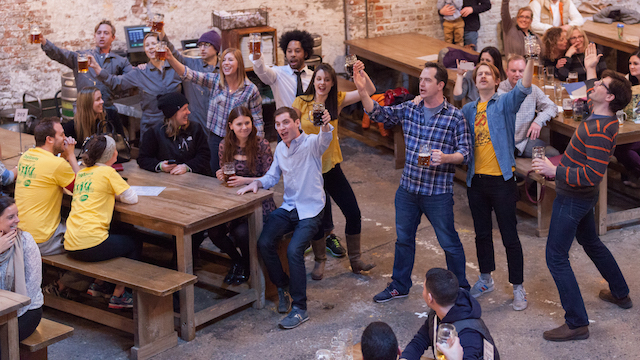 The full cast ended the number with a bang and the bar burst into applause. We got tons of great reactions throughout the night. We actually staged it several times over the course of the evening, resetting an hour in between takes to let the crowd turnover. After each take the cast blended back in with the bar, acting like nothing unusual happened at all.

We occasionally produce Musicals In Real Life for conferences, meetings, and events. If you’re interested in hiring us, use our contact form.