For our latest mission, we staged a pirate invasion on the Central Park Lake, converting a rowboat rental into a pirate ship. Actors dressed as pirates from Disney’s Pirates of the Caribbean attraction set sail on the lake, searching for the keys to their treasure chest. The pirates interrogated the New Yorkers and tourists on other rowboats and by the shore, much to their delight. 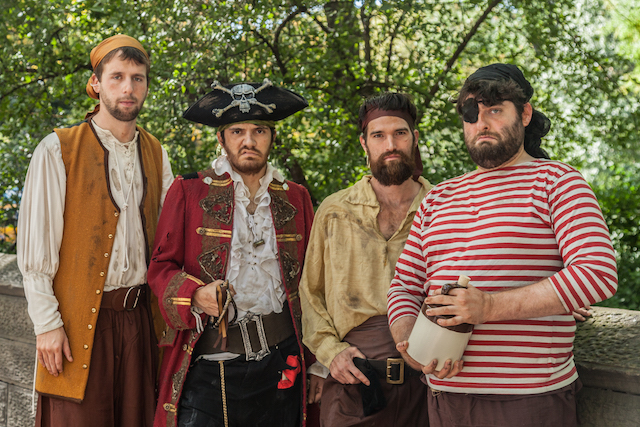 One of Improv Everywhere’s very first missions, waaaay back in 2002, took place on the Central Park Lake. We set up an offshore gambling ring on one of the rowboats. It was fun to return to the lake 12 years later to stage something new. It’s one of the best spots in all of NYC. 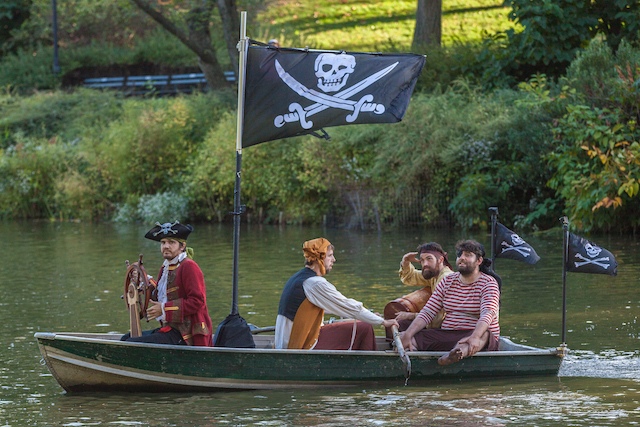 We rented the boat and quickly converted it into a “pirate ship” by adding a ship’s wheel and pirate flags. Our cast boarded and pushed off into the lake. 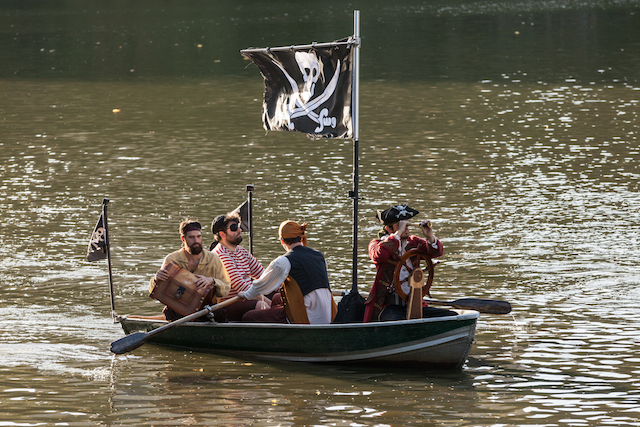 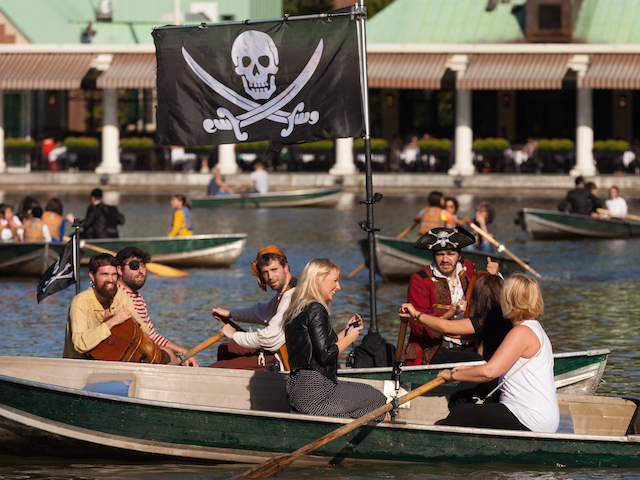 The folks on other boats immediately got into it and were eager to interact with the pirates. The pirates remained in character and behaved as if they were from the past. They were completely confused by the many iPhones pointed their way. “Be that a navigational device?” 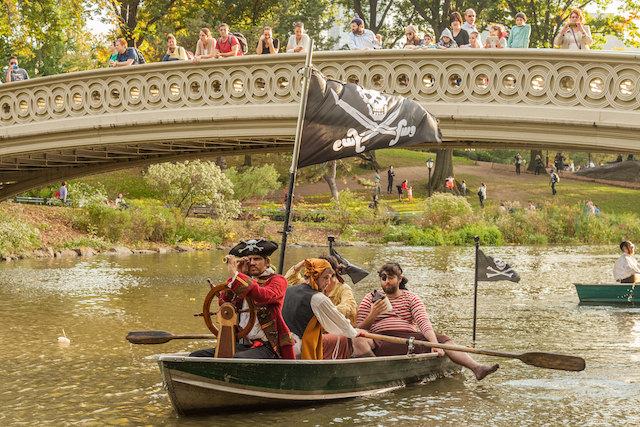 We included several references to the Disney attraction as Easter eggs. One of our pirates had a hairy, dirty leg to match the famous “hairy leg” pirate from the attraction. 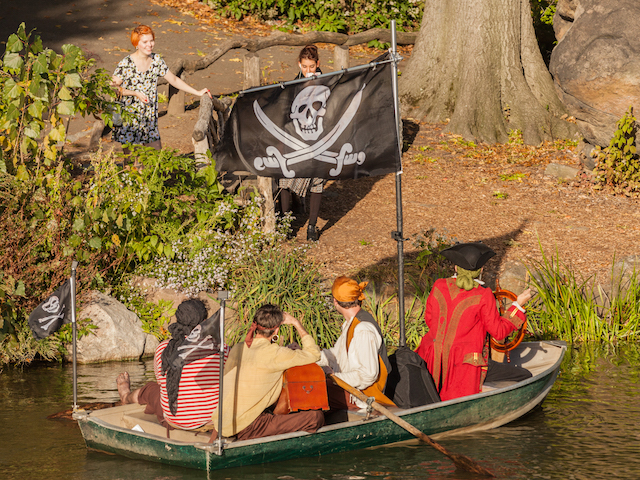 In the attraction, the pirates memorably chant, “We want the redhead!” to a maiden with auburn hair. Our pirates stumbled upon a random woman with red hair on the shore and were able to re-create the moment spontaneously. 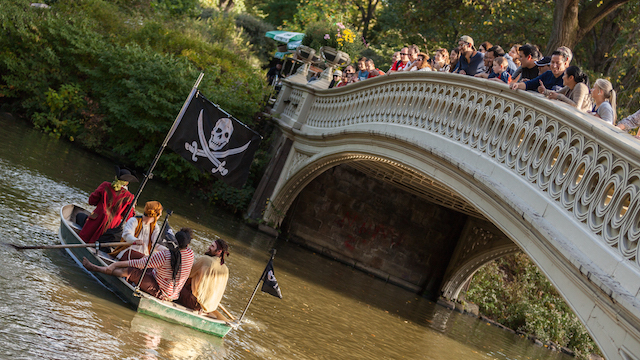 The pirates spent lots of time by the Bow Bridge. There was a constant stream of people to interact with there. Good thing Gandalf didn’t show up. 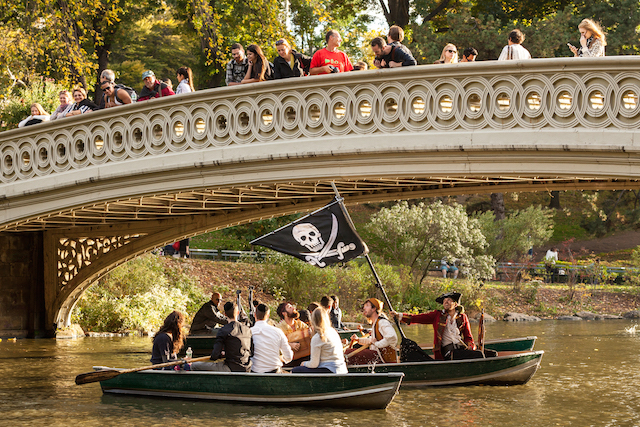 One of the funniest moments of the day came when the pirates realized their flag was too tall to pass under the bridge. Captain John Timothy avoided disaster by grabbing it at the last second and angling it down. 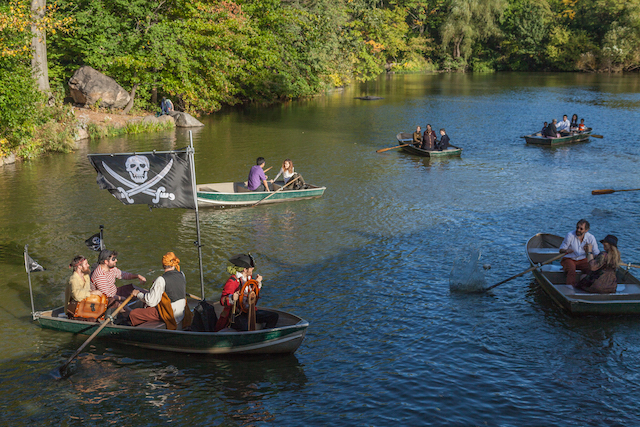 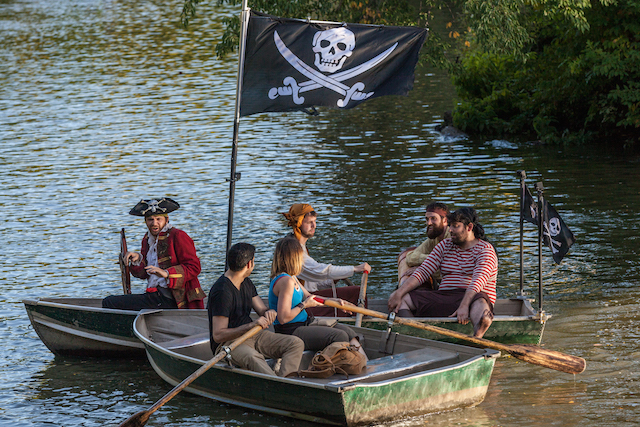 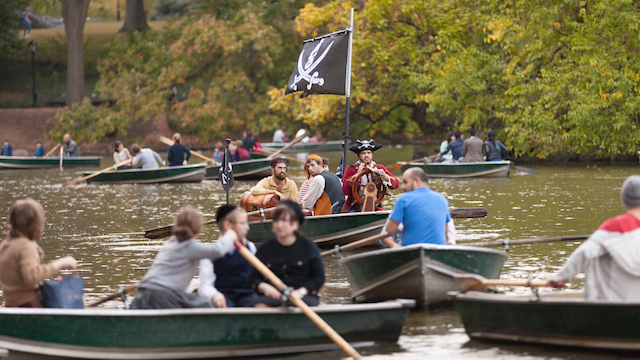 After getting some helpful directions from a guy with a map, the pirates headed towards Bethesda Terrace. 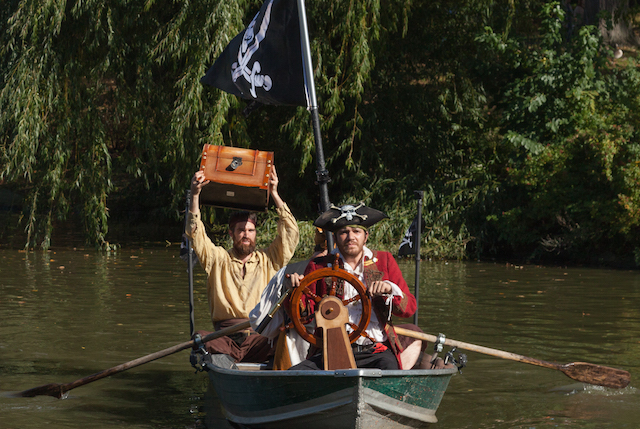 As they arrived at the terrace the pirates announced to the large crowd there that they were looking for the keys to their treasure chest. 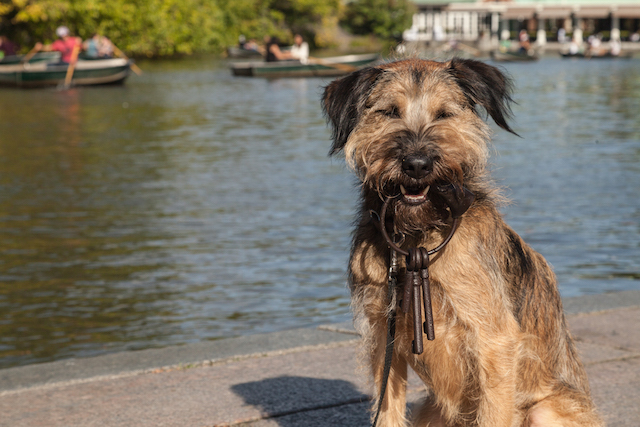 Waiting on the terrace with the keys in his mouth was our dog actor, Hudson. It’s always a blast to get to work with a dog in an Improv Everywhere mission. The last time we did so was at our Mute Button mission. 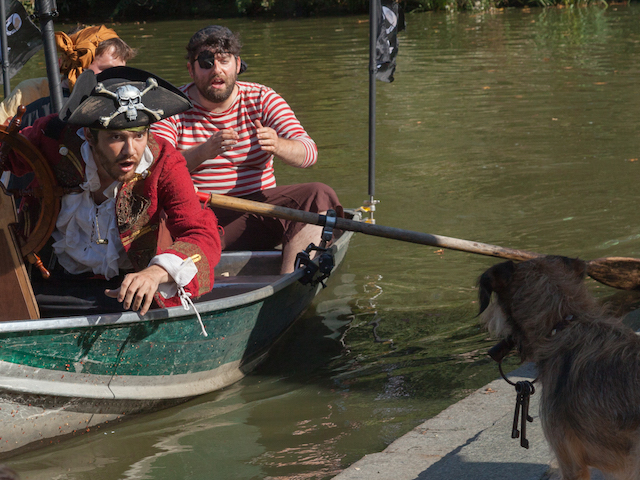 The pirates attempted to get the keys from the dog, a reference to another well known part of the Disney attraction. The dog got away and the pirates were left empty handed. 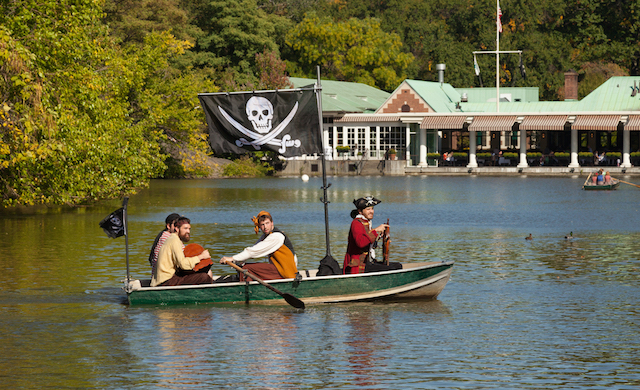 The pirates headed back to the dock to awkwardly return their rental. The captain explained to the guy working at the dock that he usually just steals the ship rather than renting. 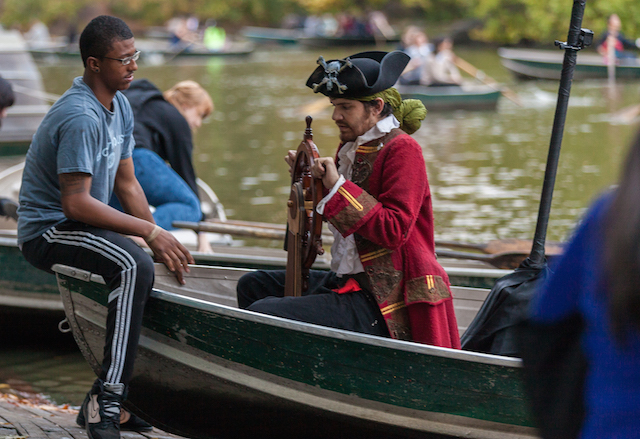 It was a super fun day, and I’m happy we had a chance to stage another project on the beautiful Central Park Lake.