For the Third Annual Black Tie Beach, hundreds of participants spent a day at the beach in black tie attire. We covered Coney Island and Brighton Beach with a diverse group of people of all ages laying out, playing games, and swimming in the ocean in formal wear. Agents were instructed to find cheap tuxedos and ball gowns at thrift stores for the occasion. The event also happened on the same day in five other cities around the world, including Los Angeles and Boston. Watch the video first, and then check out the photos and report below. 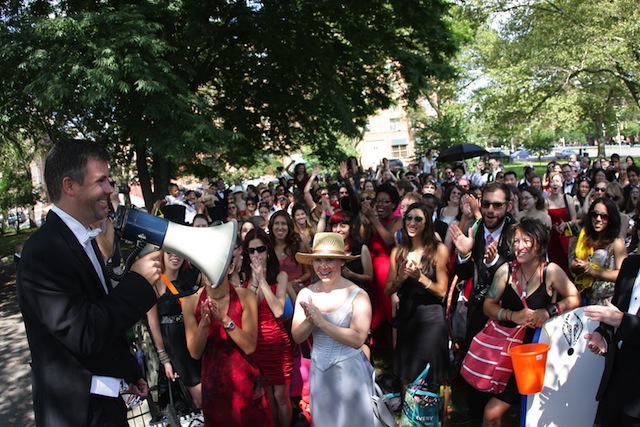 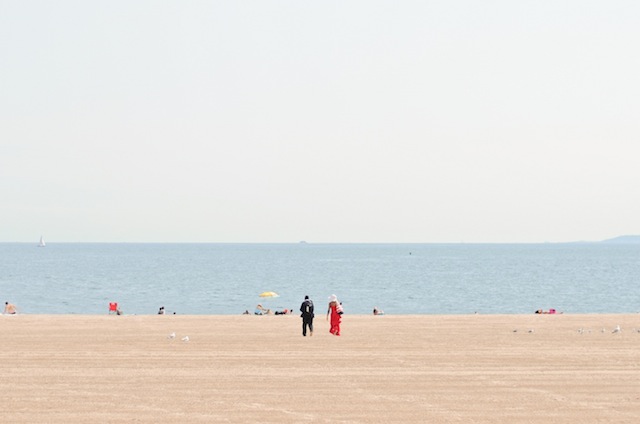 Participants spread out and arrived in small, separate groups, acting like they did not know each other. 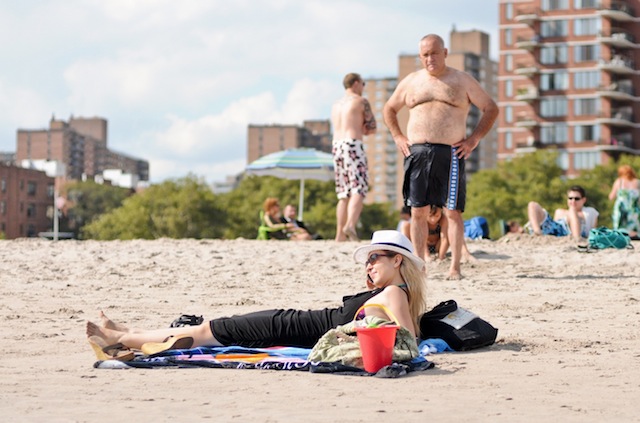 There were tons of great reactions from the primarily Russian beach-goers throughout the day. 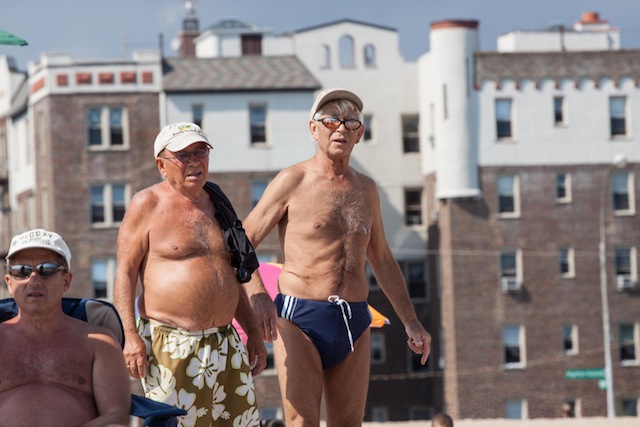 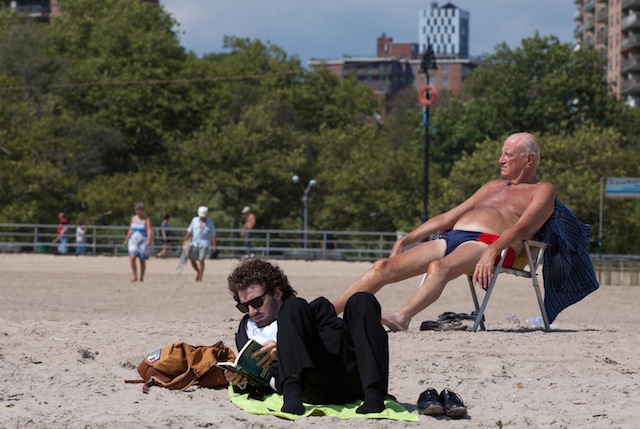 Pato, the guy laying out in the photo above, was visiting from Mexico City. While he’s participated in many Improv Everywhere-style events in Mexico, this was his first time doing a mission with us. 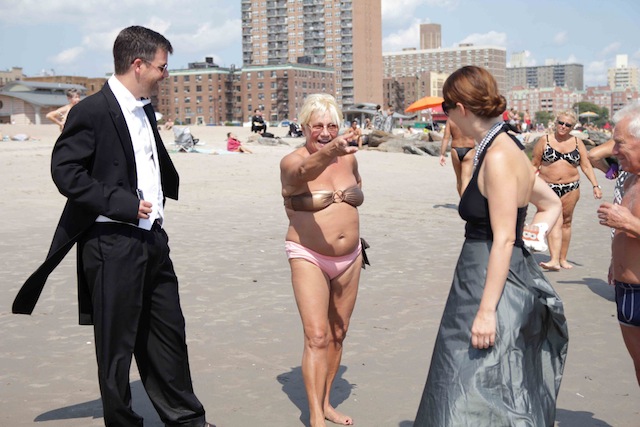 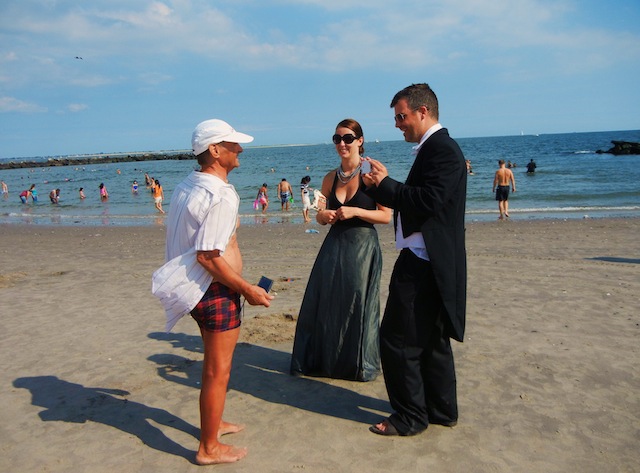 I was delighted to run into the gentleman above on the beach. He and I had a really fun encounter in the water at Black Tie Beach 2010, and he wound up being my favorite part of the video that year. He recognized me and came running towards me. He was excited to see us back at Coney Island and said he had seen himself in our YouTube video. He also told me that the photos he took of us that day were very popular on a number of Russian sites he sent them to. I told him that next year he has to participate with us, and he gave me his email address. 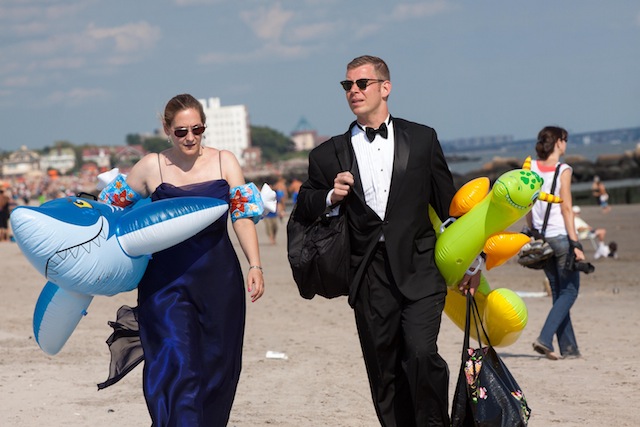 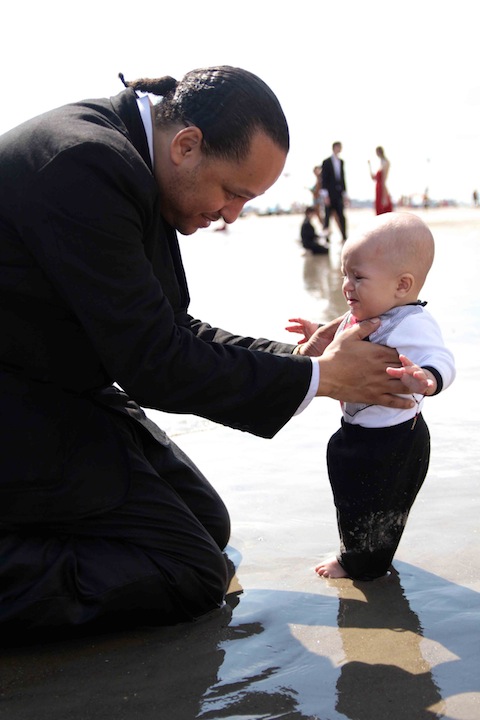 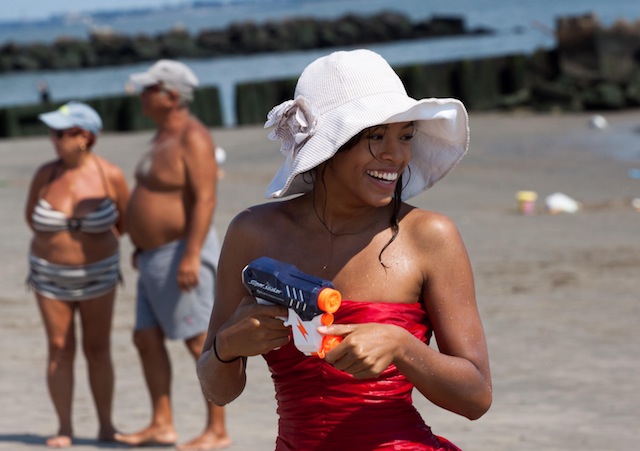 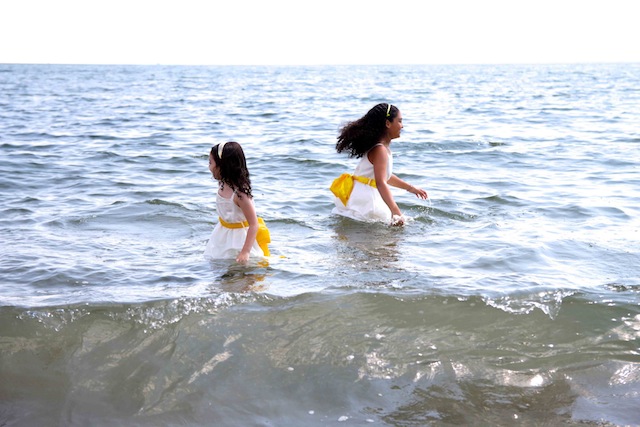 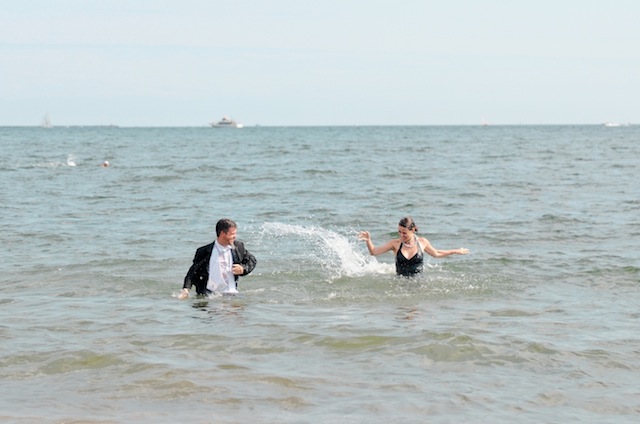 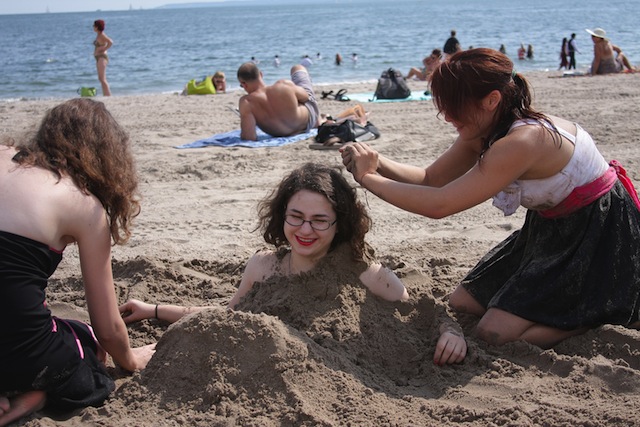 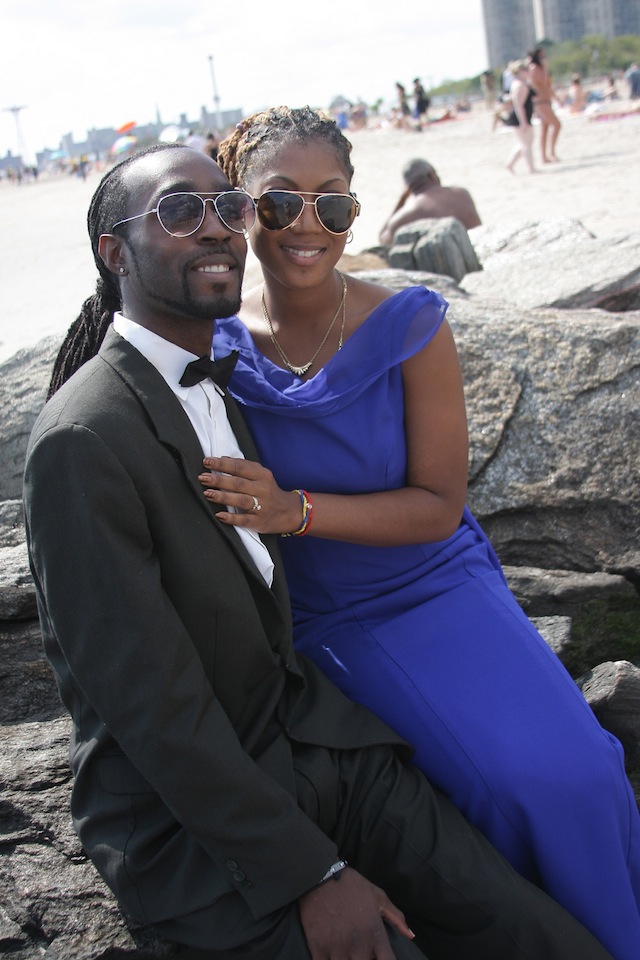 This couple got engaged on the beach during the mission! Notice her new ring. Congrats! 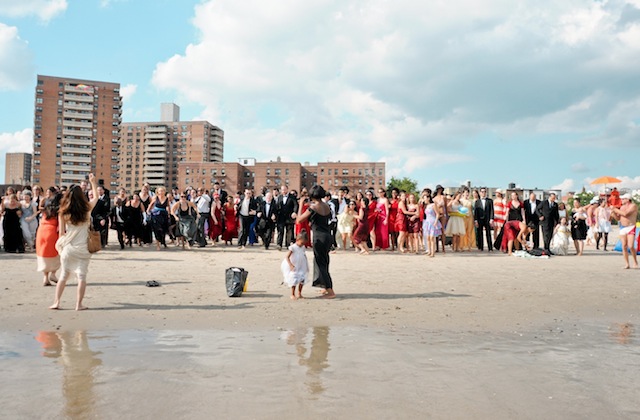 I tried something new this year and asked participants to all meet up at the same part of the beach about 90 minutes in. At that point the joke was pretty much up, so why not have some fun together? The plan was to all run into the water as one big group. 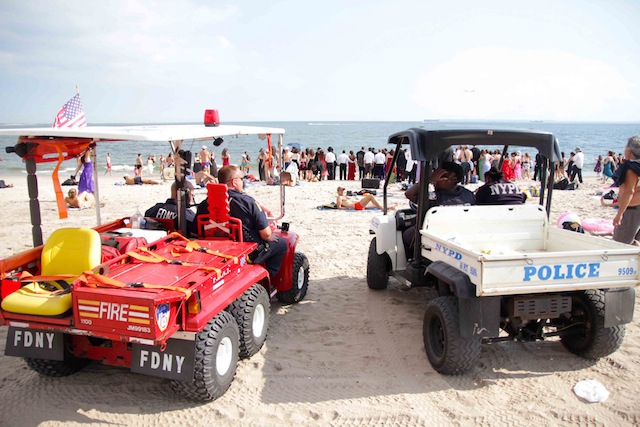 I guess our large numbers caused the FDNY and NYPD to roll up and check out the situation. 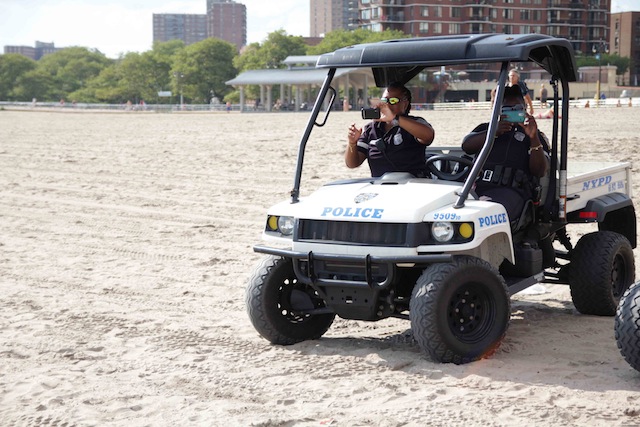 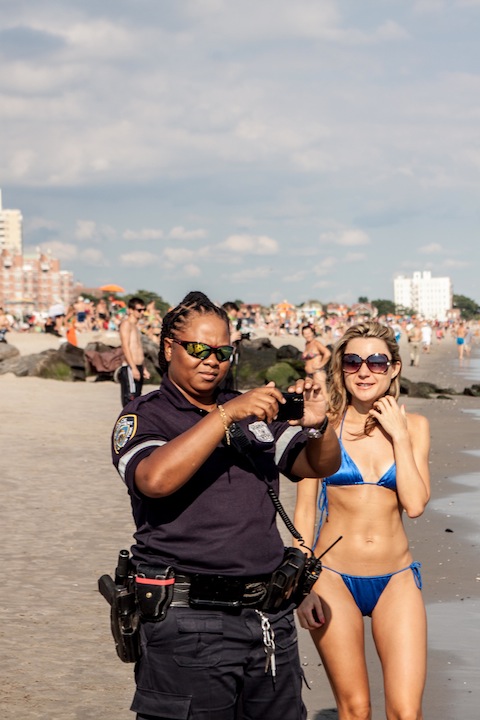 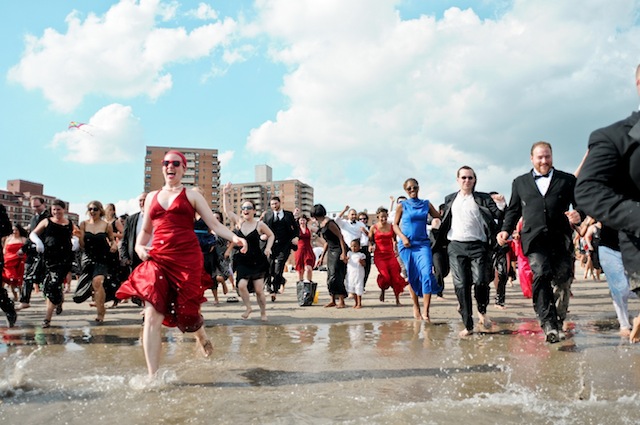 Time to run in! 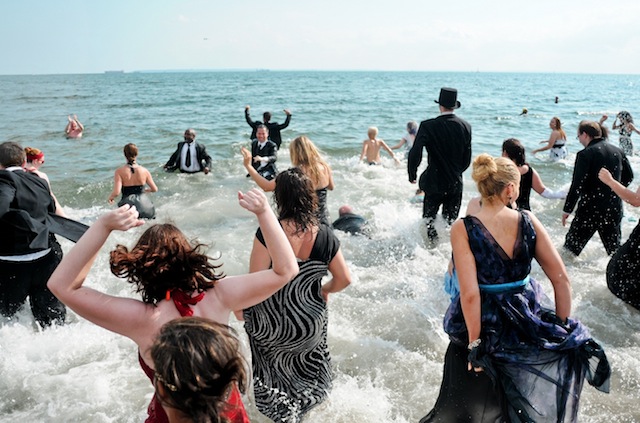