UPDATE: The video is up! See the full report and watch it here. 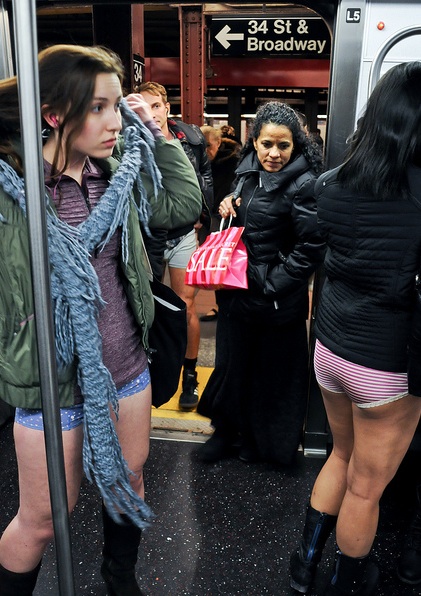 The 11th Annual No Pants Subway Ride took place today in New York in mild 44 degree weather. Nearly 4,000 riders met at meeting points spread out all over the city and converged on Union Square. The event also happened in 59 other cities in 27 countries around the world. Thanks so much to all who participated!

Links to photos from our official photographers are below along with the official video. 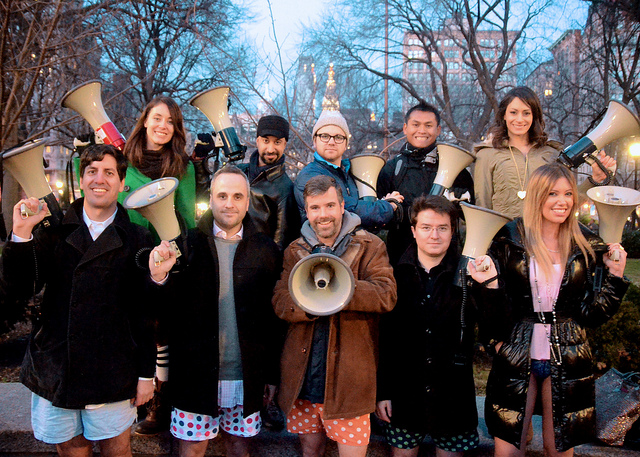