For April Fool’s Day this year, we uploaded a new video that made it look like we had staged a No Underwear Subway Ride (in the tradition of our annual No Pants Subway Ride event.) The video was a hoax. Although we claimed that 1,000 people had exposed their genitals on the train, we actually just filmed 20 actors wearing skin-colored underwear, and then pixelated the footage to make them look naked. The “uncensored” version of the video embedded above will show you what we actually looked like. 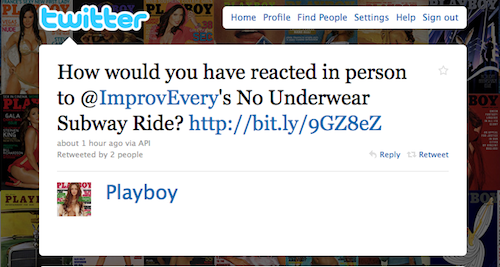 Playboy falls for the hoax

We were pretty surprised at how many people actually fell for it. We saw several major news blogs around the world reporting it as fact. I think most folks who fell for it assumed that it was an April Fool’s joke on the people riding the train, not on them. We post prank videos year-round, so for April Fool’s Day we like to change things up and try to fool our online audience. Last year we acted like we had staged a prank at a funeral. 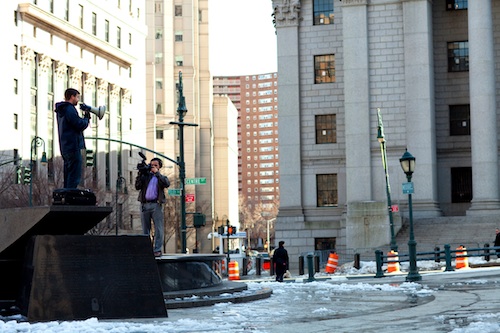 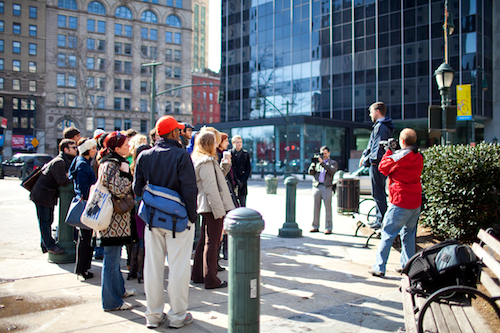 Agents arrived at the meeting point wearing two pairs of underwear. One regular and one skin-colored pair underneath. A few of the agents gave us staged reactions for the video, posing as regular train riders. Of course, we were still walking around the train in our underpants, so we got plenty of reactions from actual strangers as well.

Agent Haskel did an excellent job pixelating the video, and Agent Gross did some great color-correcting for the agents whose underwear didn’t quite match their skin tone. Agents Nicholson and Sokoler expertly pixelated their photos for the mission report.

For reference, here is the original hoax video: