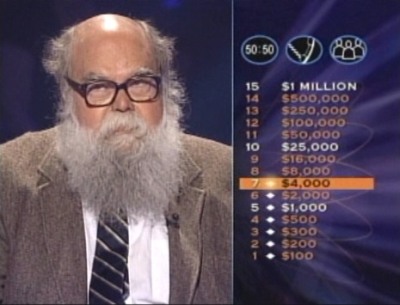 Agent Wimpy informed me back in June that he was going to be a contestant on the syndicated, Meredith Vieira-hosted “Who Wants to be a Millionaire”. Wimpy has been involved with several of our missions, most significantly as dead playwright Anton Chekov giving a reading at Barnes and Noble back in 2004. 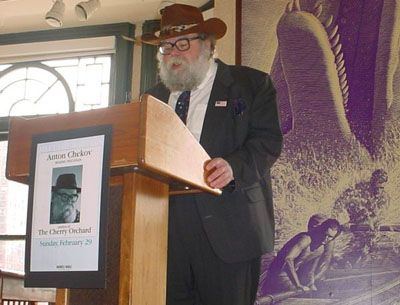 Agent Wimpy as Chekov
Wimpy thought his appearance on the show would be the perfect stage for an Improv Everywhere mission. He could invite up to 3 “companions” (the show’s term for “friends in the audience”) who would be mic’d and given the opportunity to speak on camera. We wanted to come up with something ridiculous for his companions, but we had to be careful, as it was not a live broadcast. If the producers figured out that we were up to something, they could easily cut us out. Keeping with the spirit of Improv Everywhere, we wanted to give the show a great story, the perfect human-interest segment for their contestant. Also keeping with the spirit of IE, the story would be completely false.

We created a fictional barbershop quartet that Wimpy and his companions were supposedly members of. Barbershop outfits are instantly recognizable, and the idea that Wimpy would be in a quartet with three guys decades younger than him made us laugh. I rented some barbershop blazers and hats from a costume shop and recruited Agent King and Agent Ace$Thugg to be the other two barbershop guys. As a nod to the Chekov mission, we named our group “The Seagulls.” 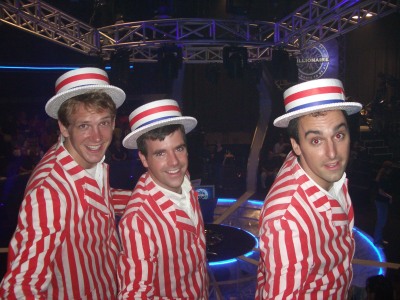 The Seagulls in the studio
We headed up to ABC’s studio on the Upper West Side and were herded into the audience with the other contestants’ companions. The Seagulls were instantly a hit with the other audience members. Everyone wanted to say hi to the “barbershop guys”. The warm-up comic made a couple of jokes about us. An old man sitting behind us asked us if we were traveling up to Bolton Landing for the big Barbershop Jamboree taking place Labor Day weekend. “You bet we are,” we replied, “It’s always a huge weekend for us.”

We sat in the studio for six hours and watched four episodes of the show, but Wimpy never came out. A few contestants took too long answering questions, so Wimpy was bumped to the next day of taping. We did manage to get on TV several times in the background as the cameras focused on another contestant’s companions. 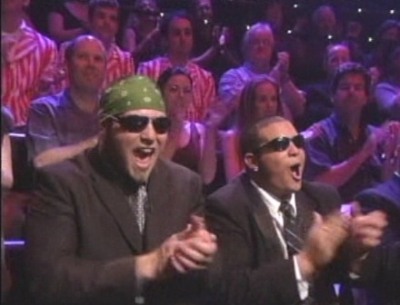 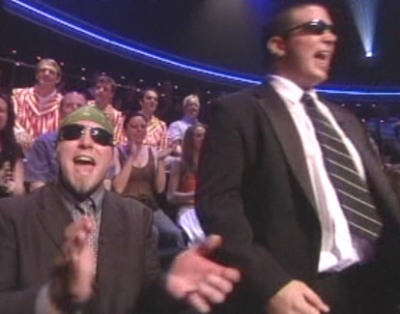 Here’s a video showing a montage of Seagull spottings in the crowd:

Agents King and Ace$Thugg both couldn’t take off a second day of work to return to the taping the next day, so I recruited two new guys (Agents Appel and Rodgers) to be in the quartet. We wondered if anyone would notice when two completely different guys showed up, claiming to be the same people as the day before. 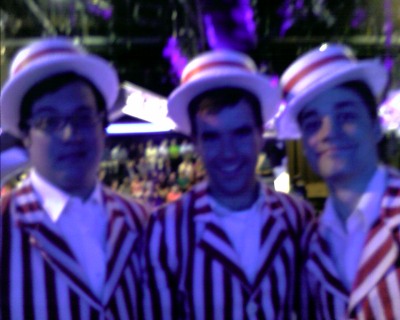 The new Seagulls
I returned the next morning and the process was exactly the same. We were herded into the audience with the other companions. The same people waved hello to the “barbershop guys,” and the same warm-up comic poked fun at us. One woman whose daughter was a contestant was a little confused. She asked Agent Appel, “You weren’t wearing those glasses yesterday, were you?” “Nope. Contacts,” he quickly replied.

Agent Wimpy came out at the end of the first show. 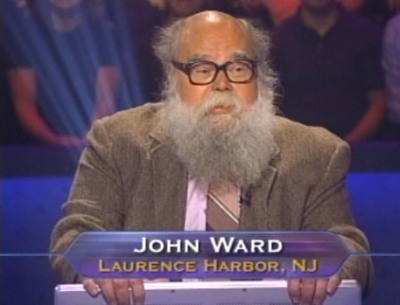 Agent Wimpy
After he got a few questions correct, Meredith said hello to The Seagulls, and we sang hello back to her. 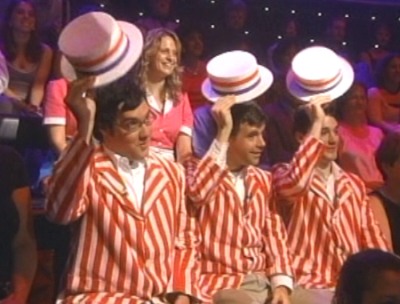 “Hello! Hello! Hello!”
Agent Wimpy answered a few more questions, and then the episode ran out of time. They took a break and Wimpy changed his tie while Meredith changed outfits so they could come back “the next day”. 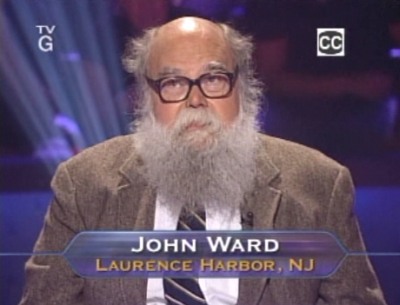 Agent Wimpy with his new tie

Agent Wimpy impressed Meredith with his quick responses and decisive actions. He got a nice kiss after he was eliminated. 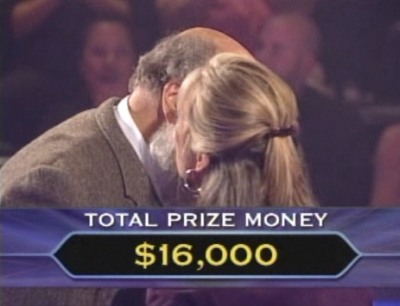 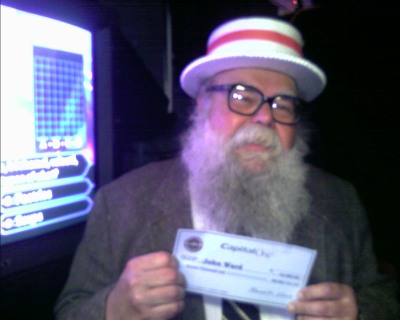 “A man who knows what he wants” – Meredith Vieira
Meredith mentioned that Wimpy’s beard made him a “chick magnet” and that he could double as Santa Claus if he ever needed extra cash. We couldn’t agree more. In fact, he did just that at our very first Mp3 Experiment in 2004. 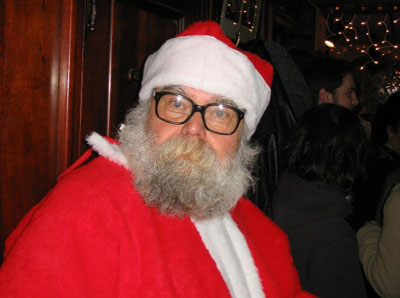 After the show, the quartet celebrated outside the studio with Wimpy’s $16,000 check. 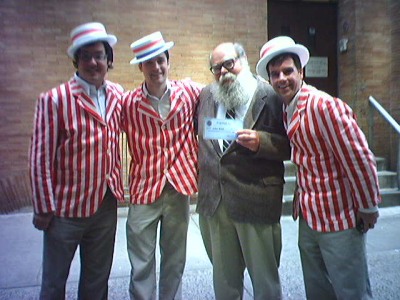 We had a great time, Millionaire got a good segment, and Wimpy is $16,000 richer.