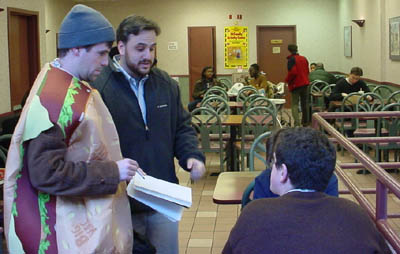 Big Mac enters the 6th Ave. & 21st St. McDonalds. He walks from table to table with a petition in hand. For the first half of the mission, Big Mac is mute and the assistant does all the talking. “Excuse me sir, could you please help us out by signing this petition to save the Big Macs of the world.” The petition has a “Don’t Eat Me” written on the top and spaces for people to add their names. Those who signed the petition were offered a chance to photographed with Big Mac. After 5 signatures and several photos, the agents moved downstairs. 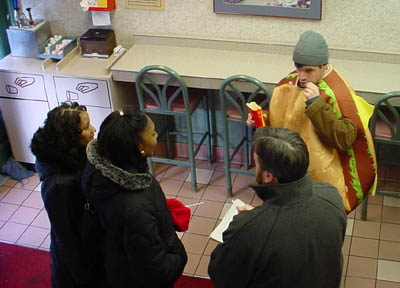 Big Mac recruits supporters
Once downstairs, Big Mac became a talking Big Mac and began to personally recruit with the help of his assistant. “I’m asking people to sign this petition promising that they won’t eat me or my friends and family. I don’t eat humans, so I think you can do me the common courtesy.” 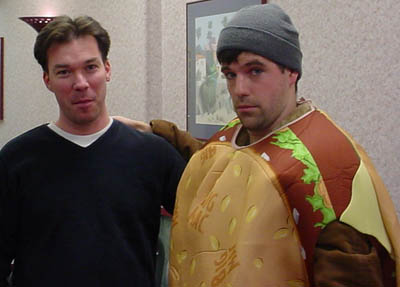 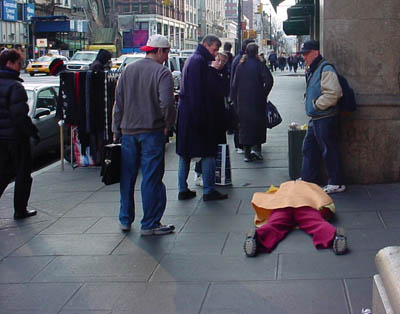 We thought it would be really funny if there was a “dead” Big Mac on the sidewalk. Agent Cassis suited up in the Big Mac costume and put ketchup pouring out of her mouth. The plan was to have her lie on the street and then to have other agents pose as strangers staring at her to attract real strangers to do the same. Isn’t that funny? That Big Mac is dead!

We didn’t anticipate that the real strangers would not see a dead Big Mac, but a dead (or passed out) human in a Big Mac costume. Whoops. The scene quickly turned to panic. One crowd member called the police on her cell phone. Others poked Agent Cassis to see if she was alive. The mission was quickly aborted as Agent Good “woke up” the Big Mac and escorted her down the street. The woman was still on the phone with the police and was able to tell them that everything was ok. It wasn’t our intention to freak anyone out and we feel kind of guilty that the video footage ended up being pretty funny. Oh well. If nothing else, this event demonstrates that New Yorkers are quick to come to the aid of strangers.

Big Mac enters the 6th Ave & 14th McDonalds. He yells at the top of his lungs, “I’m home! I’m home everyone! I’ve made it back! I missed you all!!” Big Mac jumps up and down with joy and begins to hug customers and employees. “Some guy down the street was trying to eat me, but I ran away and now I’m home safe!” He speaks to the workers behind the counter, “Can you put a wrapper on me? I’m cold!!” 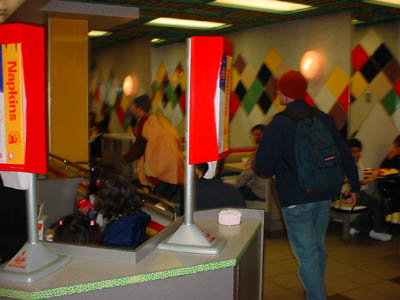 “Don’t run away from me Big Mac!”
Moments later, Agent King enters with an empty McDonalds bag in hand. “Come back here Big Mac! I bought you fair and square!” Agent King chases Big Mac around the store. “Get in this bag! I paid $2.50 for you!!” Big Mac sits in a booth with customers, “Please hide me out! He’s going to eat me!” Agent King grabs Big Mac, “Get in the bag! Fries and Coke are waiting for you!” He drags Big Mac out of the store as Big Mac yells, “Bye everyone! I’ll miss you!!” 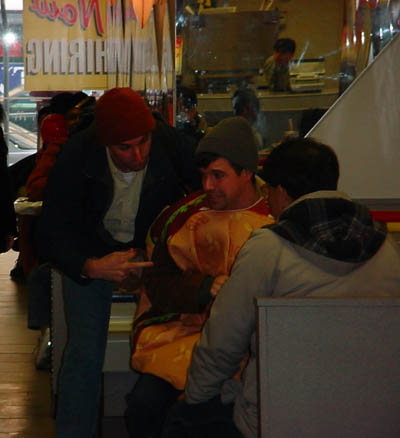 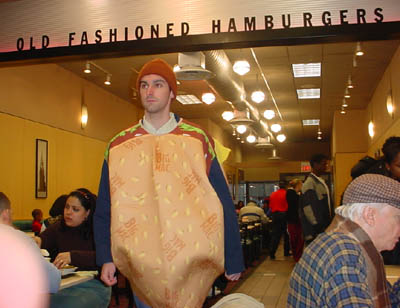 Big Mac walks in
He waits in line for a cashier, like any normal customer does. The franchise manager is visibly worried about his presence in the line. 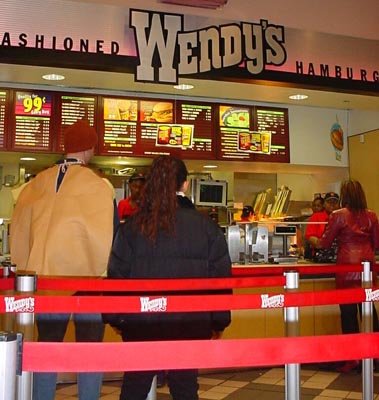 Big Mac: What do you have that’s like me?
Cashier: What?
Big Mac: I would like to order me.
Cashier: Meat?
Big Mac: No, me.

Cashier: Would you like a junior me?
Big Mac: Sure.

Cashier goes back into the kitchen and consults the cooks (who are laughing), while the manager looks on, suspiciously.

Big Mac pays and takes his change. It is not until he gets outside that he realizes he has been given a lone beef patty in a baked potato container.

On his way out, Agent Todd (still filming) approaches a table of high school kids. 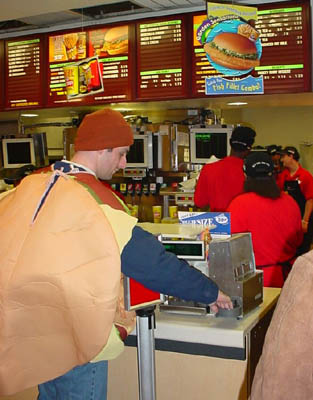 Big Mac spent the rest of the afternoon roaming around Union Square Park interviewing people for his cable television show. He made several friends and talked about serious political issues, the fast food industry, and whatever else was on his guest’s mind. 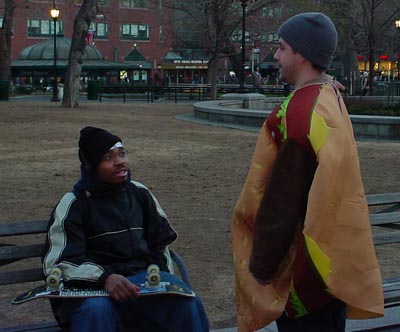 “What do you think about Enron?” 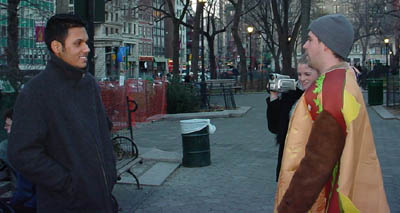 “Would you be more or less likely to eat a Big Mac
now that you’ve met one in person?” 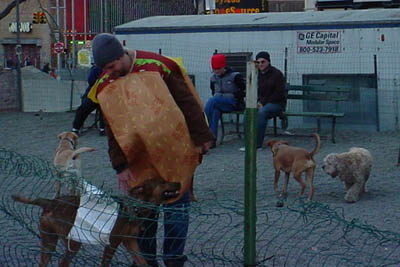 “I think these dogs are hungry!”
Mission Accomplished.