For our latest mission, a woman in a marching band uniform stands on the sidewalk with a sign that reads “Parade Leader Wanted.” When a stranger agrees to help out, a huge parade led by a marching band emerges from around the corner and follows him wherever he goes. The band plays “Jingle Bells” and is followed by a cast of characters that includes two yetis, Frosty the Snowman, and two guys holding giant flags that read “Random Parade.”

This mission was made possible by CaringCrowd, a crowd-funding platform where people come together to fund global health projects. 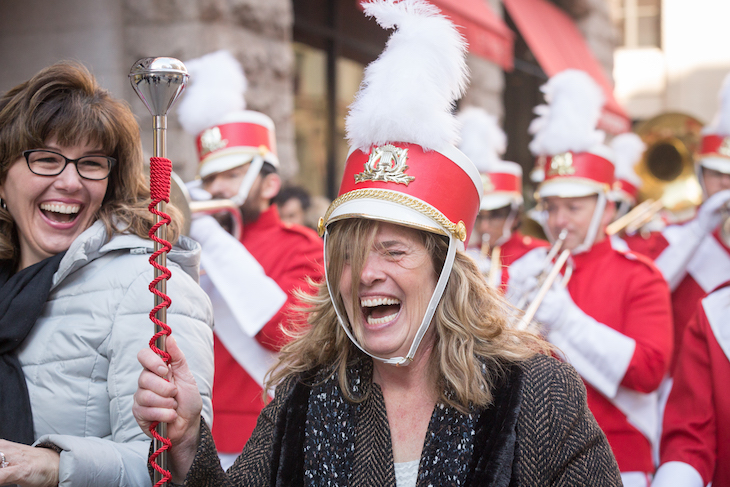 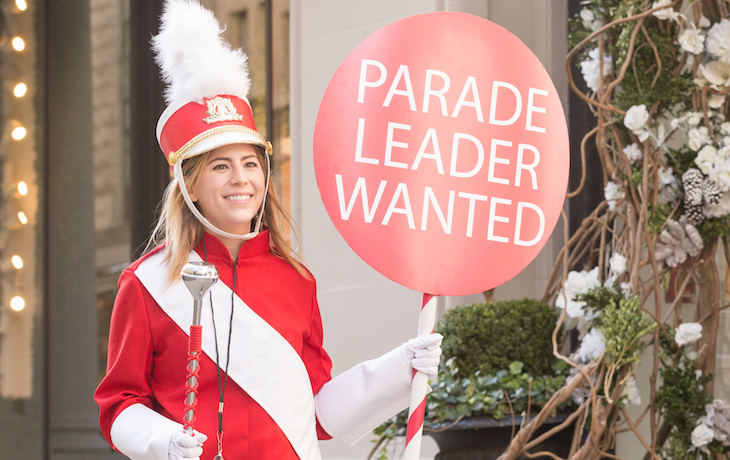 The mission started with Agent Anna Callegari standing on the sidewalk on 5th Avenue and 28th Street, holding a giant sign that read “Parade Leader Wanted.” 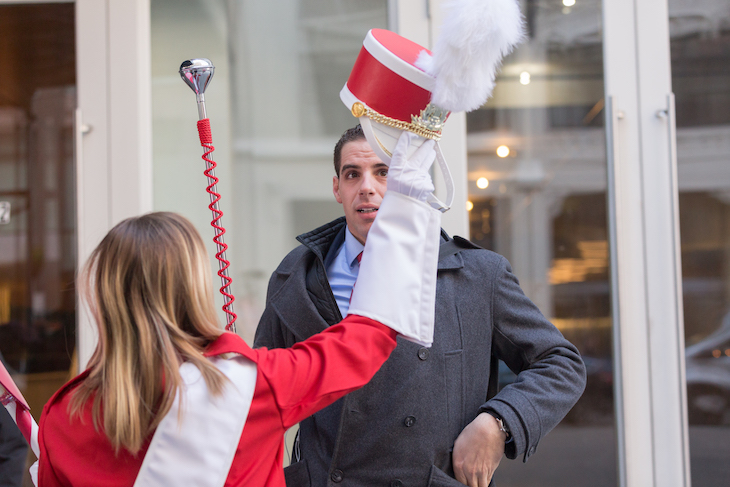 Several pedestrians politely declined the offer to lead a parade. Eventually one guy said, “Yeah, why not?” 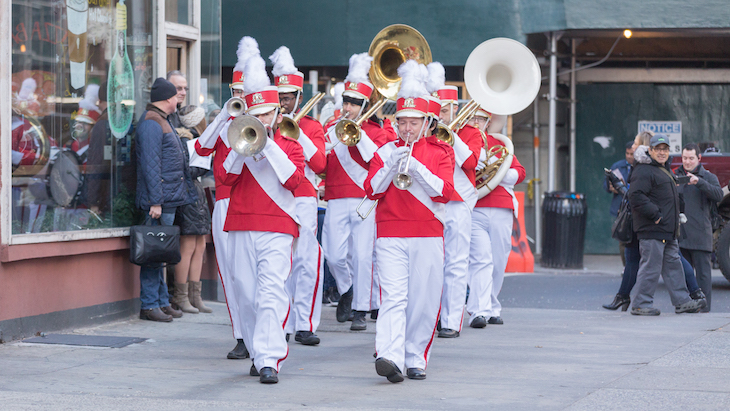 After he accepted the baton and hat, Anna blew her whistle and the parade emerged from around the corner. 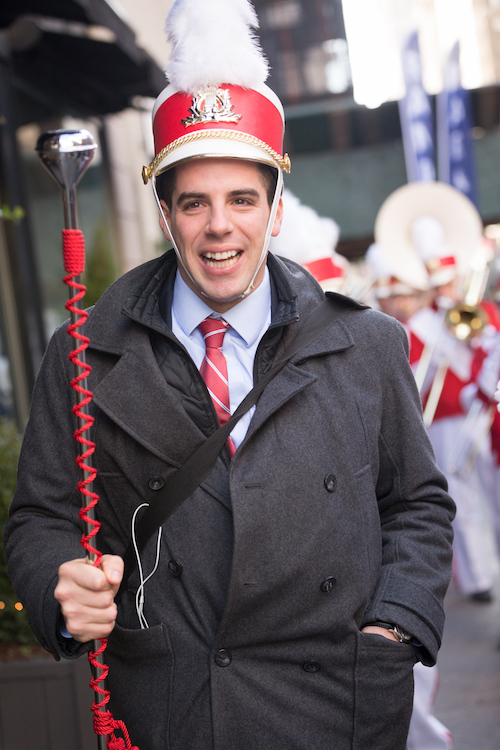 The parade followed their random leader wherever he decided to go. In this case, our leader was heading to his office. 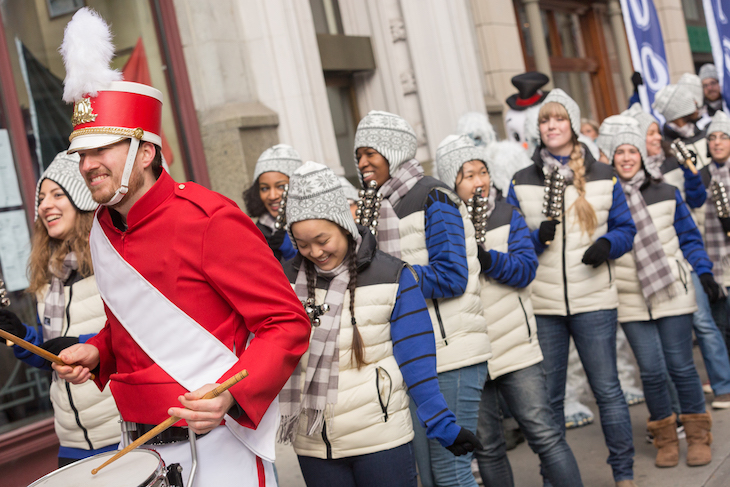 The parade was led by a marching band followed by a dozen people marching with sleigh-bells. 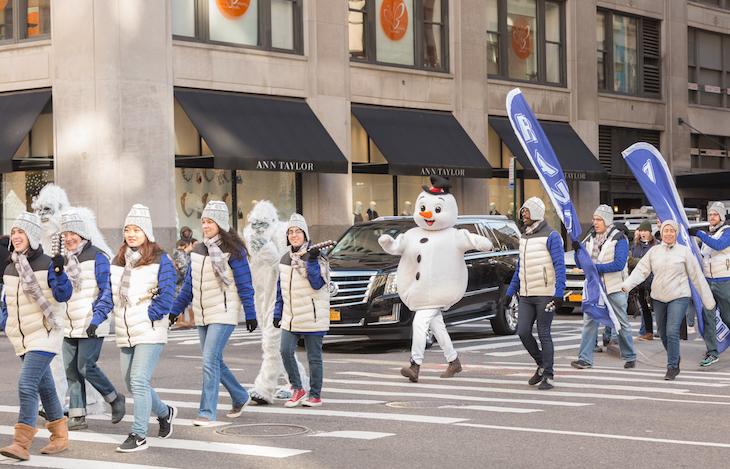 Bringing up the rear were two yetis, Frosty the Snowman and two guys holding flags that read “RANDOM” AND “PARADE.” 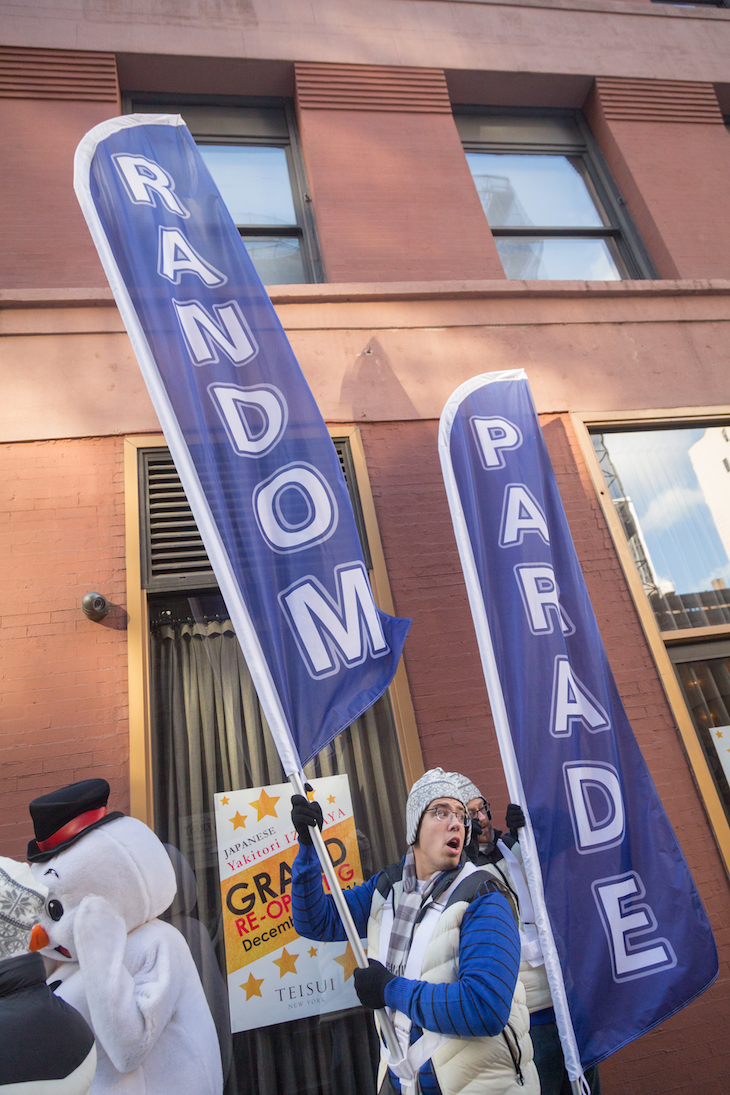 The flags were my favorite part of the mission. It was so much fun watching people on the street discover them. “What is this? Oh, it says “random parade.” I guess it’s just a random parade!” We got great reactions from everyone we passed. Turns out, everybody loves a parade. 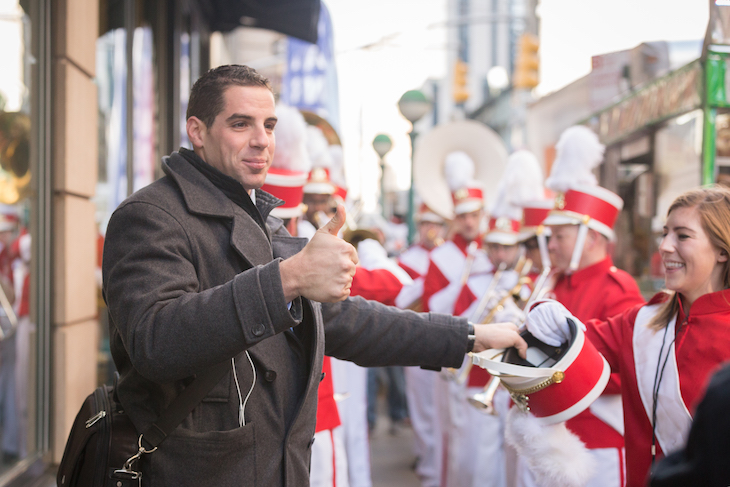 Eventually our parade leader made it to his office and had to say goodbye. “Thanks guys. I feel great!” he shouted as he took off. 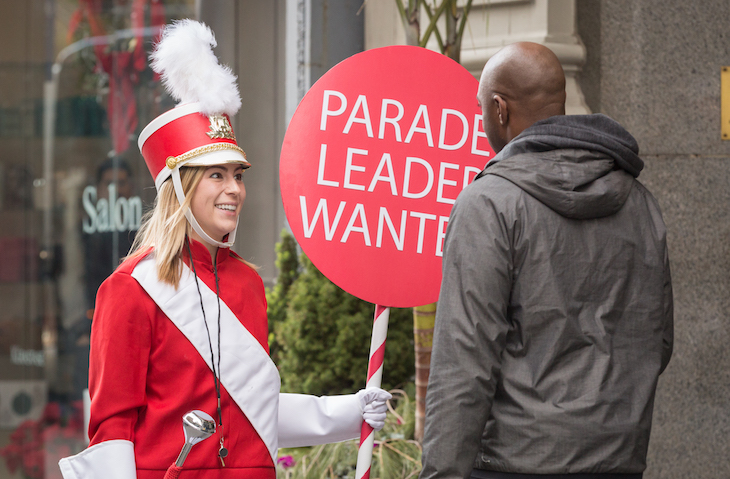 It was time to find a new parade leader. 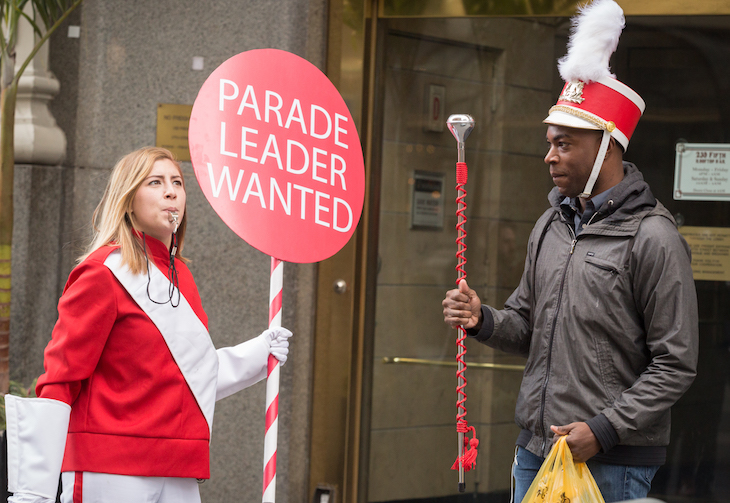 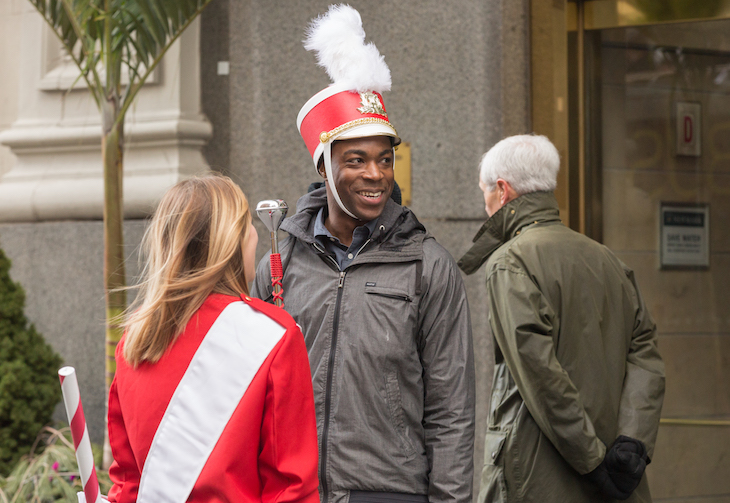 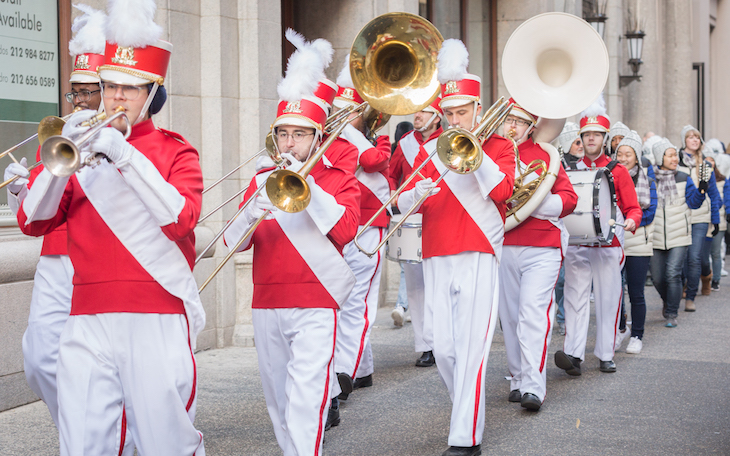 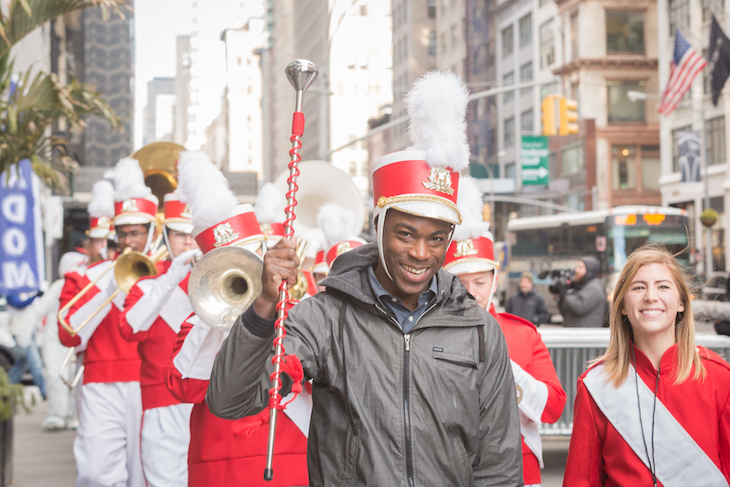 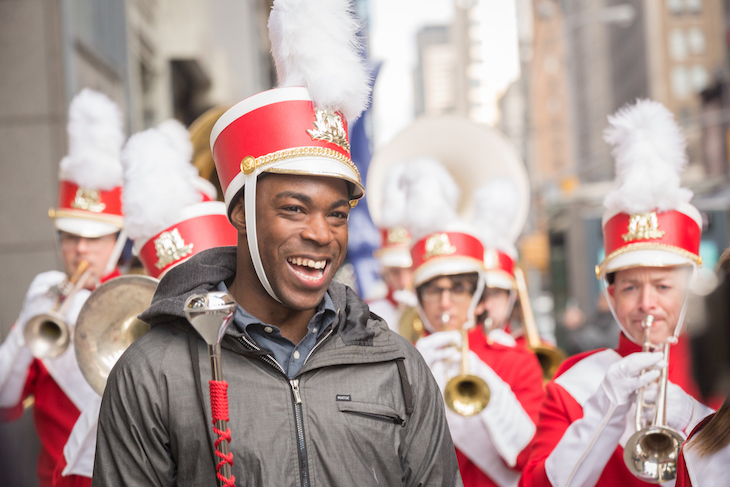 We had close to 20 different parade leaders over the course of the day. 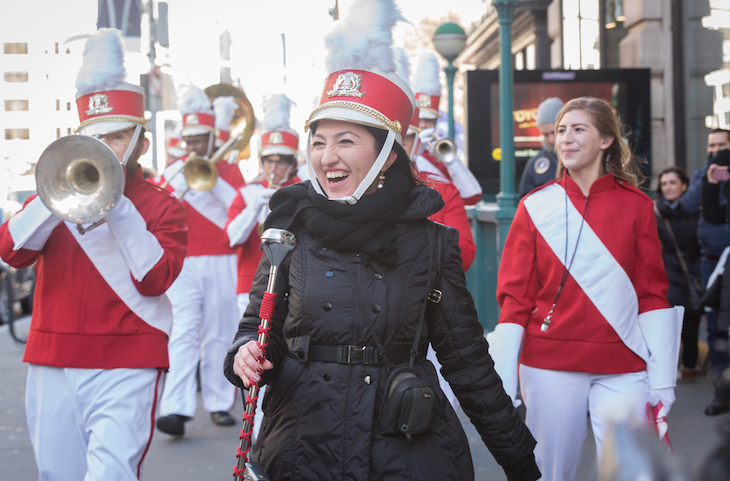 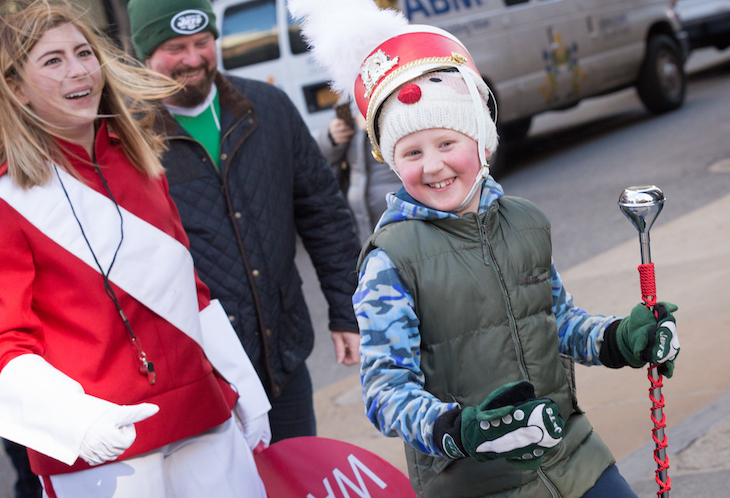 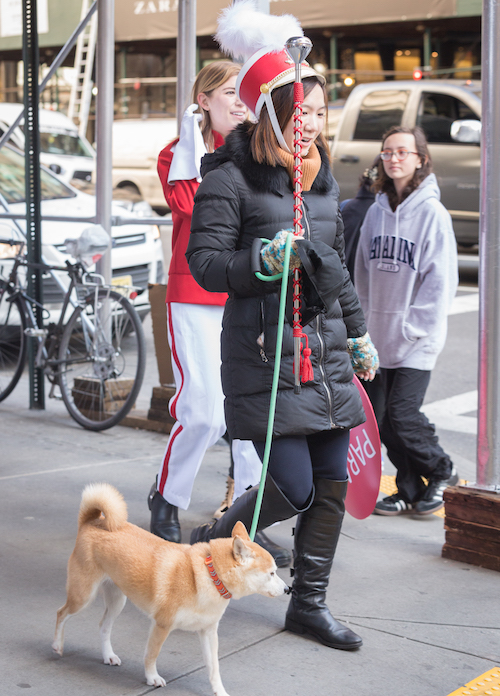 The dog declined to wear the hat. 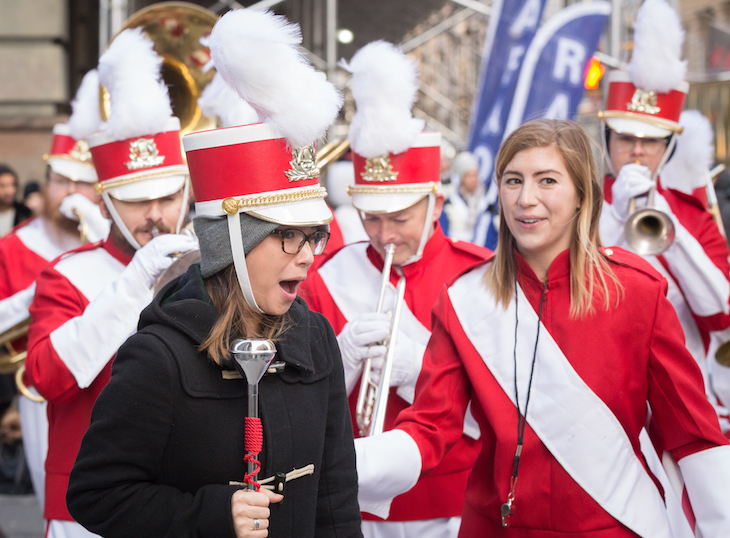 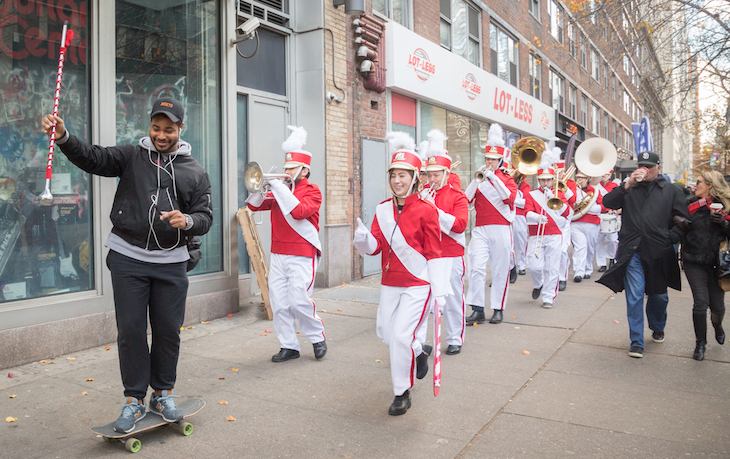 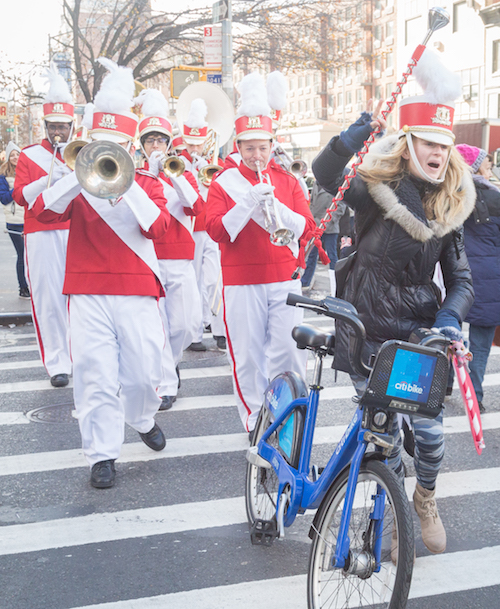 Here’s a photo we spotted on Instagram taken by someone from their office. 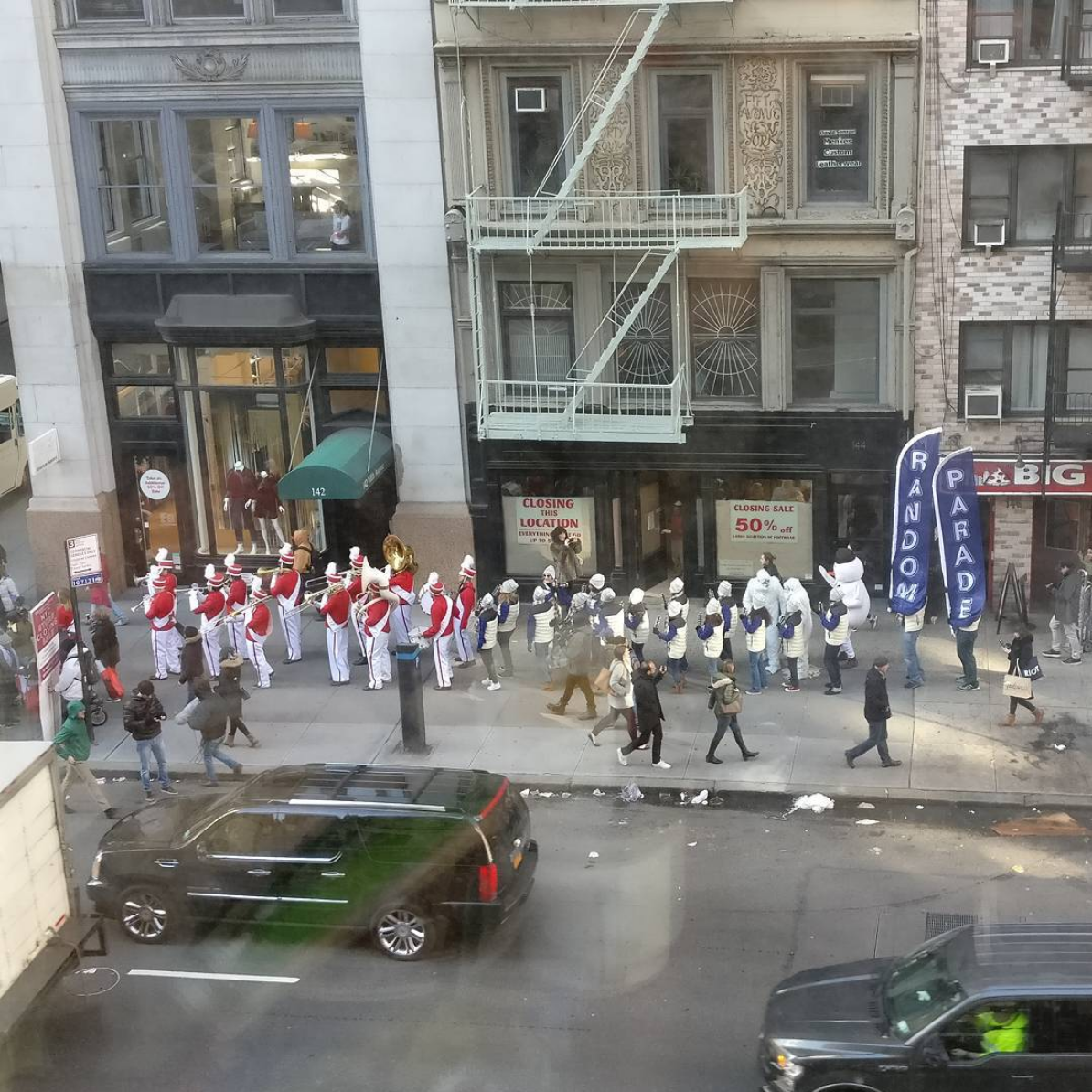 It was a super fun day, and everyone we met was awesome. Thanks to all of our parade leaders!

Our past holiday videos: