On Sunday, January 10th, 2016 tens of thousands of people took off their pants on subways in over 60 cities in over 25 countries around the world. In New York, our 15th Annual No Pants Subway Ride had over 4,000 participants, spread out over seven meeting points and eleven subway lines. Enjoy the video first and then go behind the scenes with our mission report and photos. 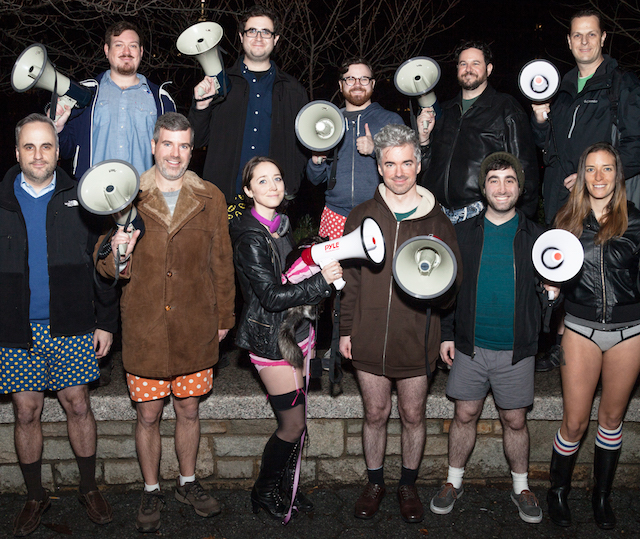 If you’re unfamiliar with this event, you might want to first read our history of The No Pants Subway Ride. Since this is the 15th year we’ve done this, there’s not too much to report other than it was another awesome time. Below are a small selection of photos that jumped out to me as being fun and new, compared to previous editions. Enjoy! 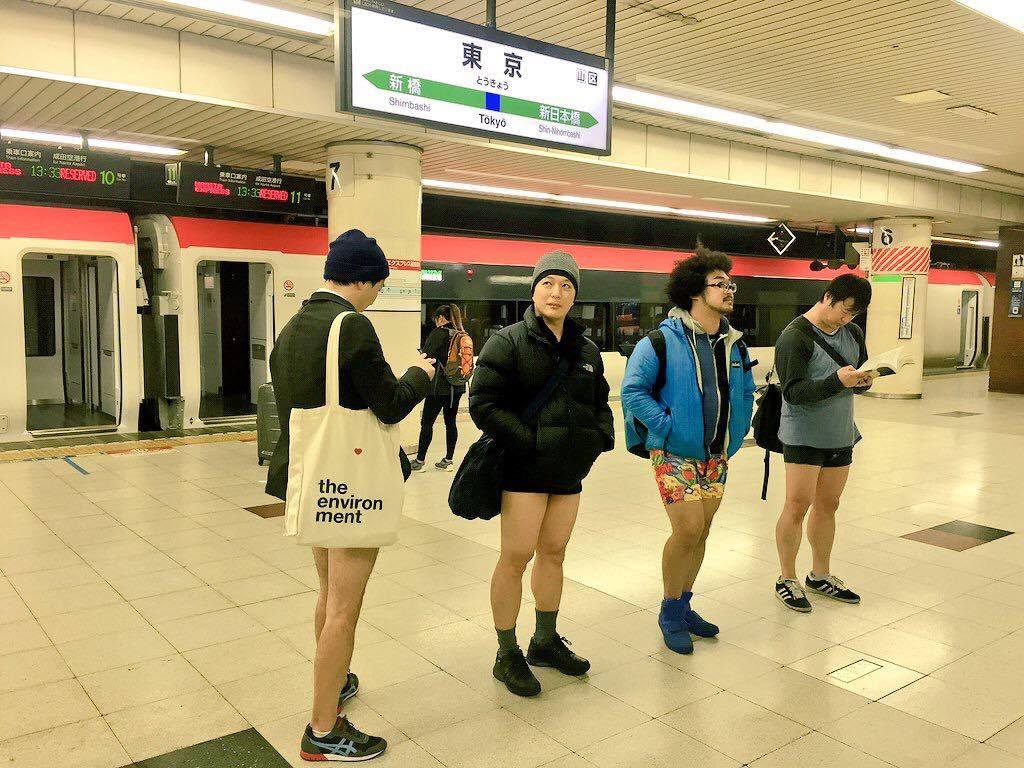 A group shot from Tokyo, Japan 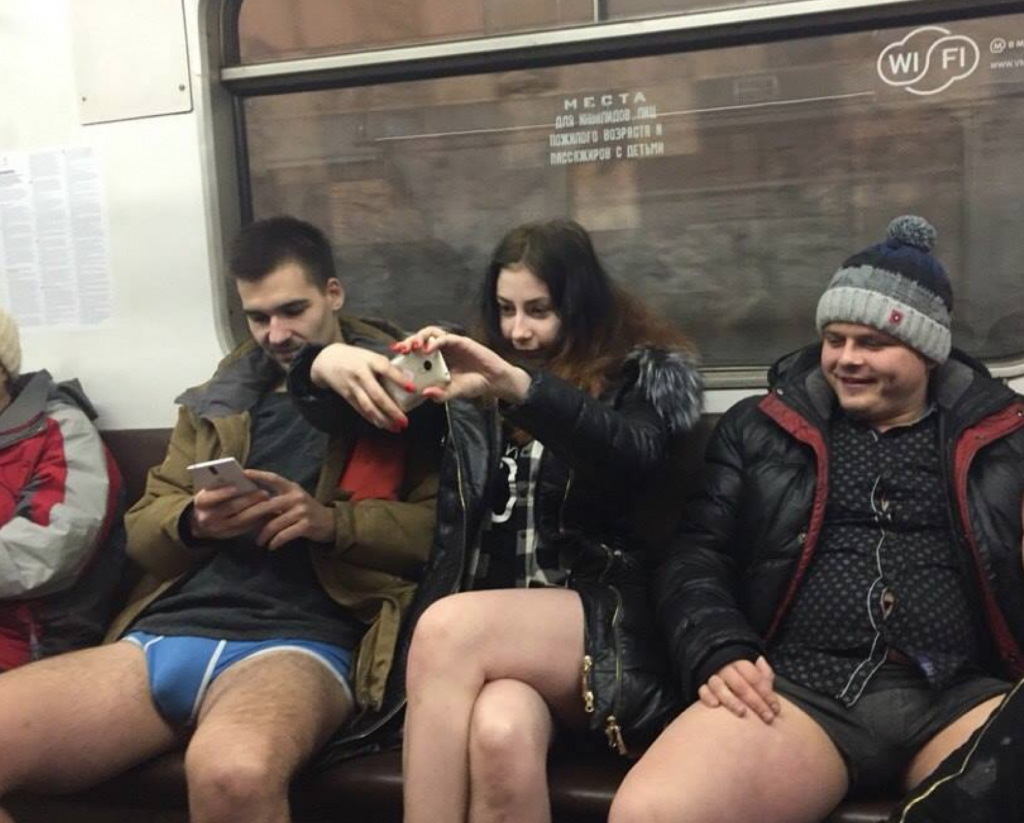 I think the first year for Moscow? 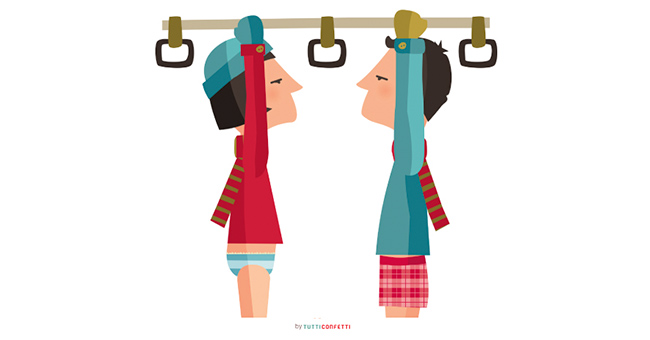 I really liked this artwork by a newspaper in Madrid

Thanks to our editing team that got the video done in under 12 hours. These guys didn’t sleep.

We announce the date of the No Pants Subway Ride every year in early December. If you’re interested in participating in 2017 in New York or anywhere else in the world, sign up for our mailing list.

– Once again the No Pants Subway Ride happened around the world, with many cities making their debut this year. You can find links to photos and articles in the comments on this page: Regional Agent Reports.

Listen to the song from this year’s video by Tyler Walker: