For our latest mission, professional ballet performers pose as break dancers in New York’s Washington Square Park. The men hype up their tumbling routine to a gathered crowd before realizing they brought the “wrong music.” The crowd is surprised as they slowly realize the performer’s hidden talents.

This project was a collaboration with YouTube’s new Field Day channel. Check out our video on the Field Day channel that features parts of this mission as well as our Groundskeeper Acrobats mission. 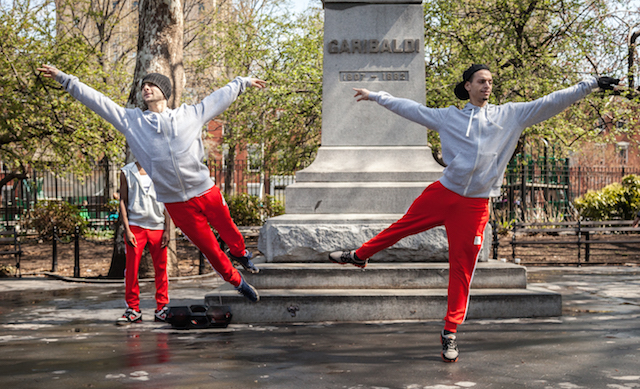 For years I’ve wanted to stage a project on the subway where ballet dancers show up on a train car pretending to be “Showtime” performers and then suddenly break into an awesome ballet routine instead of the normal tumbling and subway pole acrobatics. Each time it would come up I’d talk myself out of it over safety concerns. The subway is really not an ideal place to do ballet moves.

Separately, I’ve always been a fan of the showmen in Washington Square Park who put on break dance and tumbling shows week in and week out. When I first moved to the city I’d hang out in the park and check out Tic and Tac. So I finally got the idea to bring the ballet idea to the park rather than the subway. 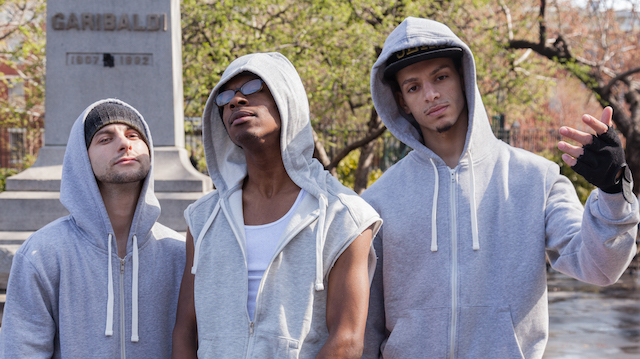 Agents Zachary Denison, James III, Jason Rodriguez
One of the producers of the Field Day channel put us in touch with choreographer Jun Lee, and she recruited ballet professionals she works with. To complete the cast we brought in James III who I know from UCB Theatre to serve as our (non dancing) “hype man.” 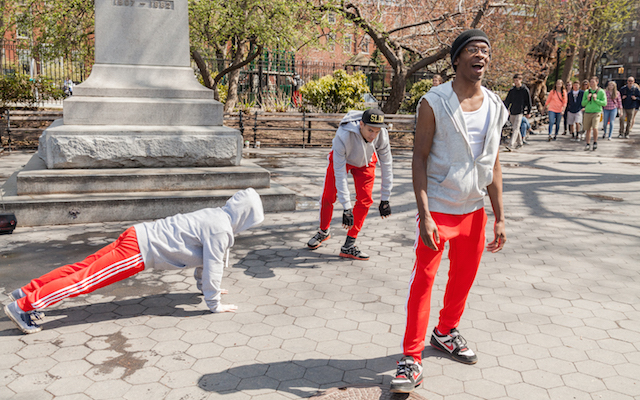 The performers warm up as a crowd starts to gather. 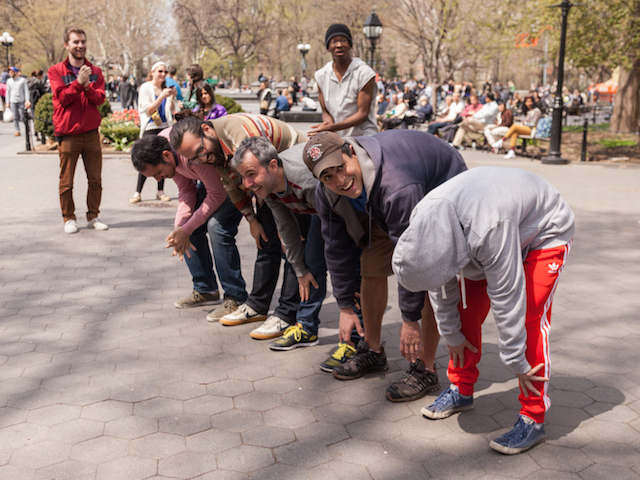 A time honored trick of the performers in the park is to stretch out the lead up to a big stunt for as long as possible to try to get a bigger crowd. Another trick is to get audience volunteers and put them in formation for as long as you can. Who wouldn’t want to stop and watch when it looks like someone is about to do a flip over five people? It has the added benefit of getting the volunteers’ companions invested in the act as well.

James eventually told the volunteers to go back to the crowd and that he would bring them back for the finale. He announced it was time for the show to start and the flips to begin. After counting down he pressed play on the boombox, and instead of a hip hop beat, Tchaikovsky blasted from the speakers. Zach and Jason acted befuddled at first and clumsily attempted some moves. As the performance progressed, they suddenly got good. 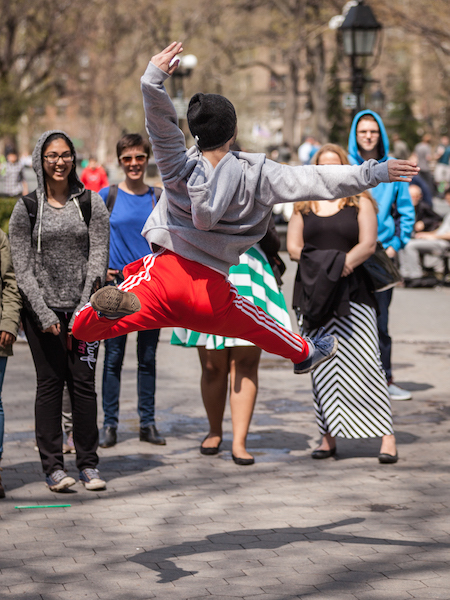 After it was completely clear that these guys knew what they were doing, they both went out into the audience to find a volunteer dance partner. 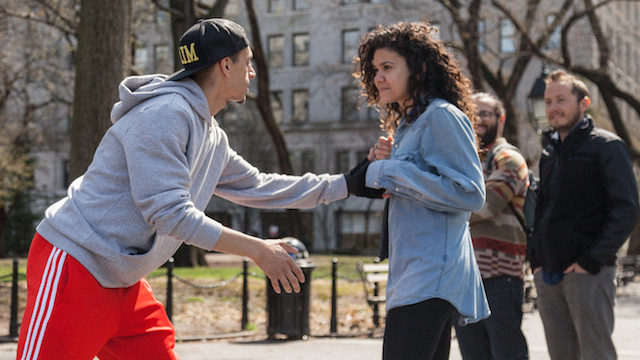 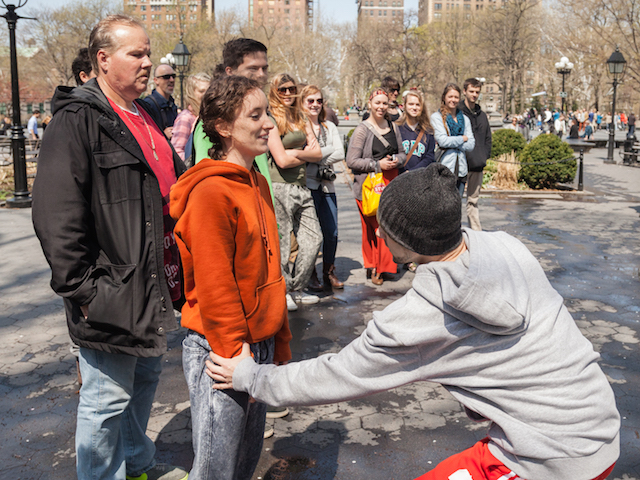 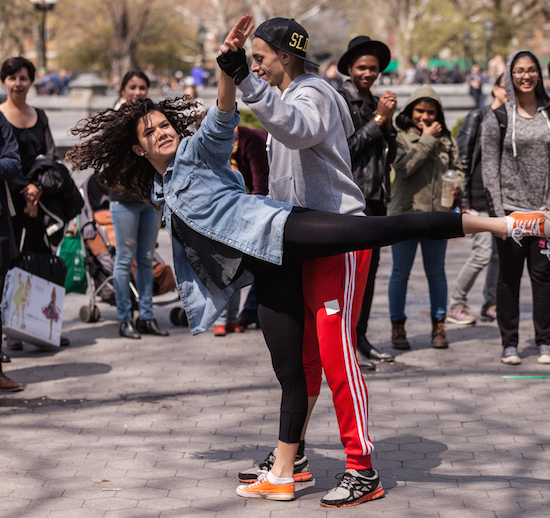 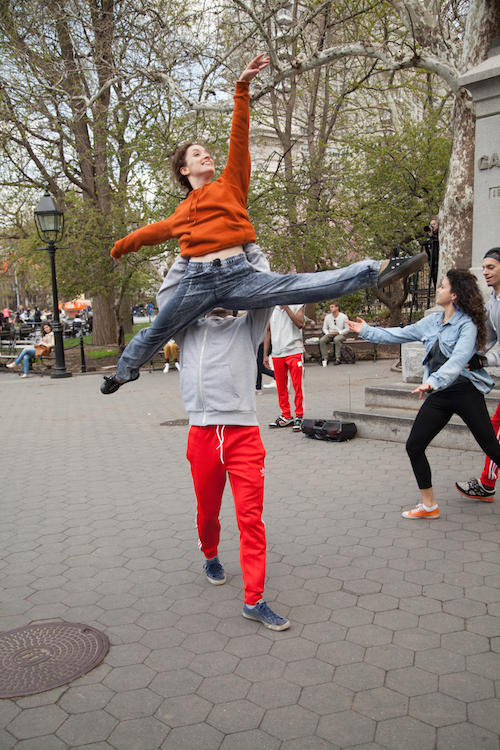 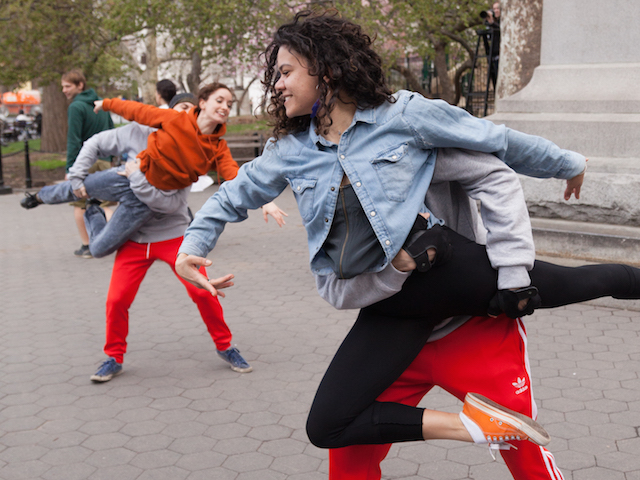 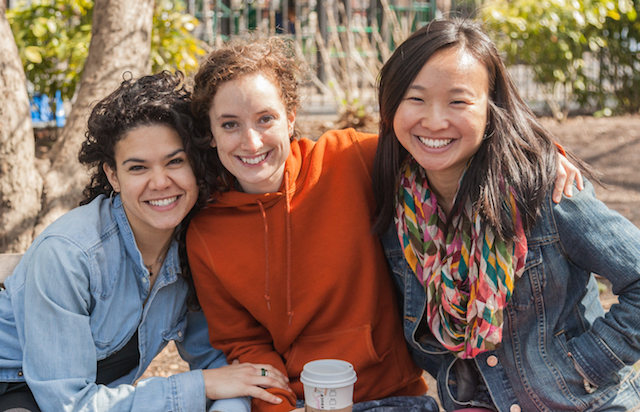 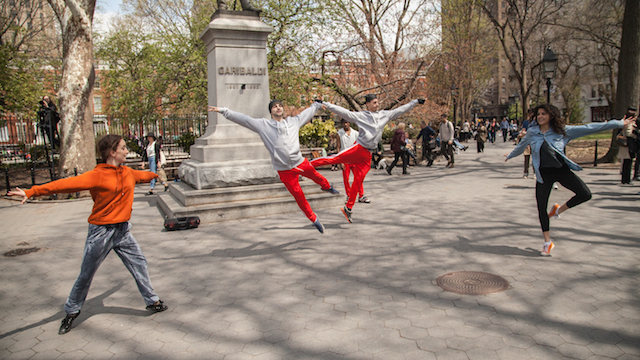 The performance ended with a big finale, and the performers got a great round of applause from the crowd watching each time. We staged this several times throughout the afternoon, waiting long enough for the crowds to turn over in between performances. 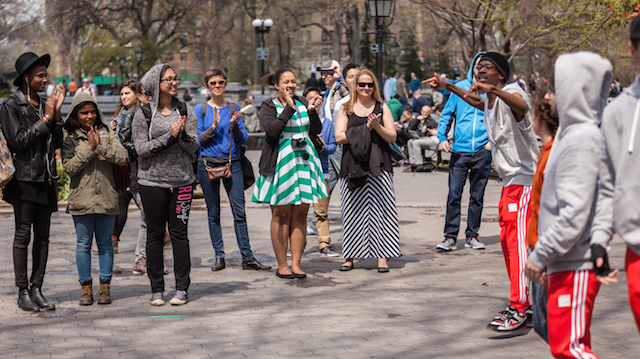 At the end of the performance, James took a big bow (despite the fact that he did no dancing) and declared, “Well, I brought the wrong music but I guess it worked out.”

It was really cool working with these performers and watching them try something a little out of the ordinary. Even though we never got around to those big “flips,” a great time was had by all. 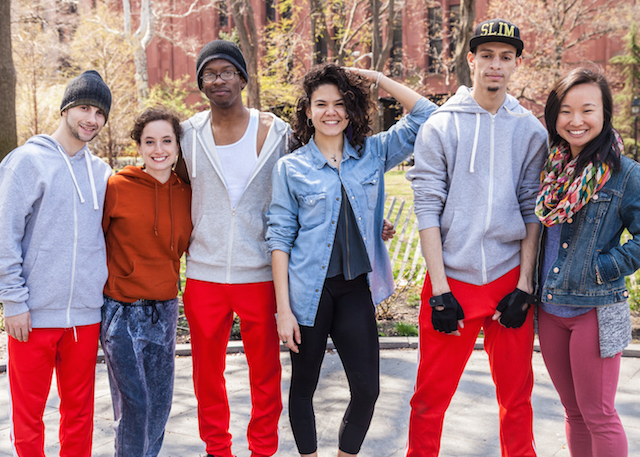 Stay tuned for one more video in our Field Day series later this summer!