For our latest mission, we staged an unannounced running of the bulls at the Venice Beach boardwalk with ridiculous, 7ft tall inflatable bull costumes. Runners dressed in white clothes and red bandanas appeared suddenly on the boardwalk, running for their lives from the giant bulls through crowds of unsuspecting Venice Beach locals. The runners were led by Guillermo Rodriguez from Jimmy Kimmel Live! and the soundtrack was written and performed by Reggie Watts. 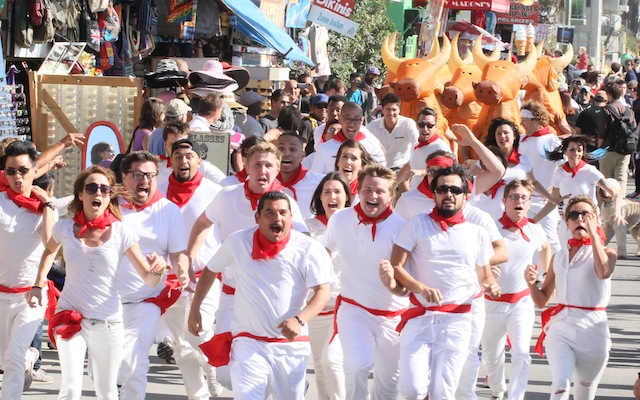 I’ve had this idea for over a year, and it was exciting to finally pull it off. Improv Everywhere traveled to the Roskilde Festival in Denmark last summer and they had asked me to come up with an funny mission we could do at the opening of the festival when participants run in to secure their spot. I searched online for bull costumes and came across these ridiculous inflatable ones. I bought seven for the festival, but they ended up deciding not to do the idea. So the costumes sat in my apartment for over a year, just waiting to be used. When this opportunity came up to collaborate with Guillermo from Kimmel and a pack of awesome YouTubers, I knew it was time to bring out the bulls. 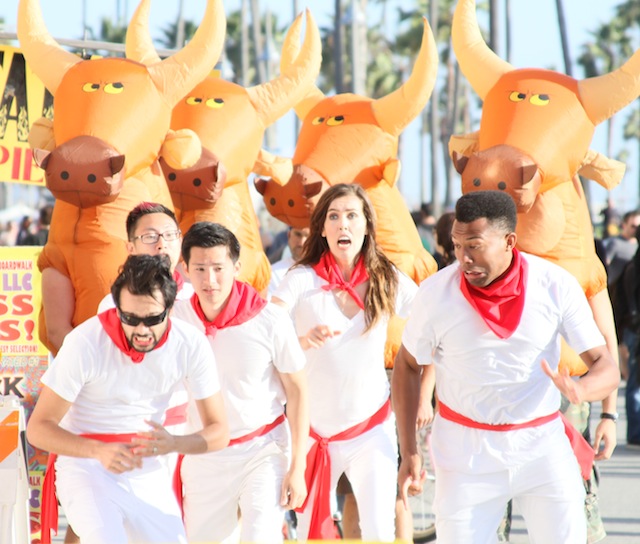 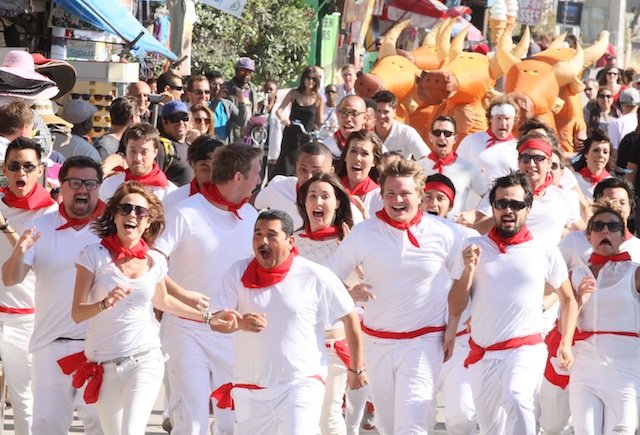 The bull costumes had pretty good visibility, but it was definitely a challenge for the actors playing the bulls to run straight, especially in a chaotic atmosphere with unaware people. Venice Beach ended up being a really great location for this. The boardwalk is a long, narrow stretch with tons of foot traffic, not unlike a street in Pamplona. Most importantly, it was a space without cars, which was important for safety. 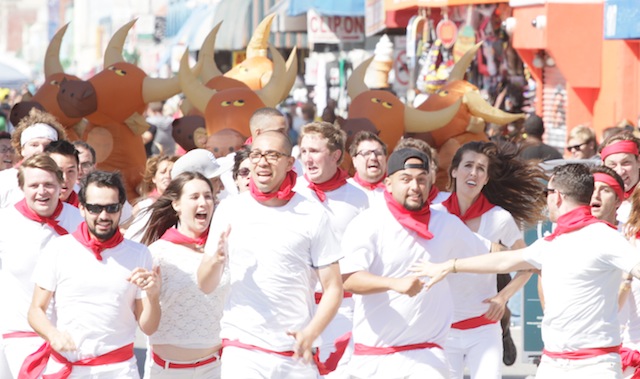 We staged the run many times in many spots throughout the day. We’d run a few blocks and then duck into an alley to regroup and prepare to run again. 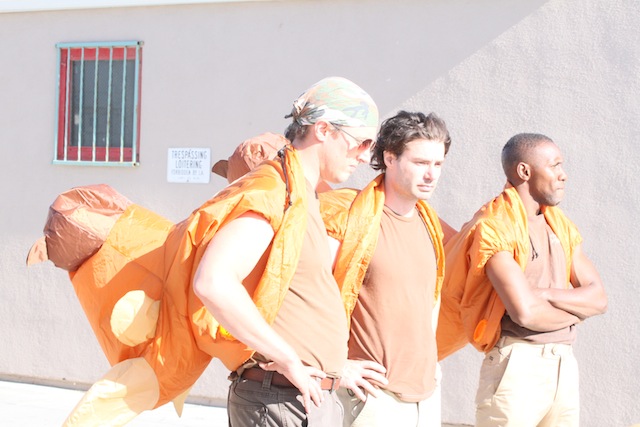 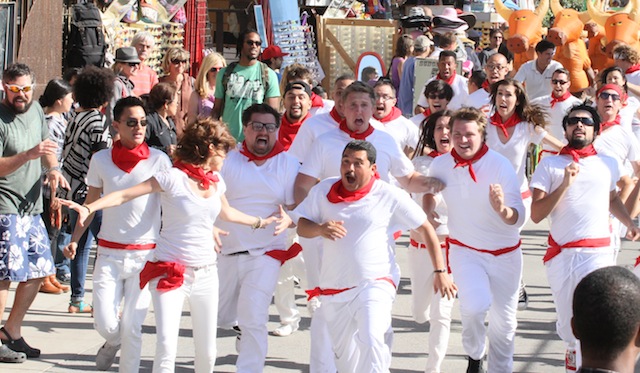 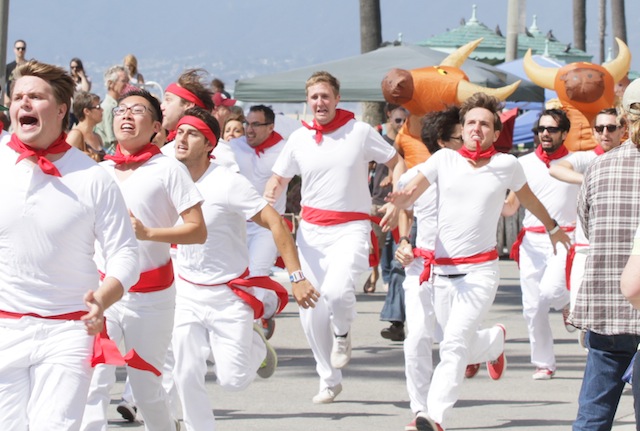 Stopping and taking a break after every few blocks had one big advantage– it allowed us to surprise a new group of people every time with the initial appearance. Their was constant foot traffic on the boardwalk, so every few minutes there would be a completely different crowd. My favorite part of the run was always the first moment when the crowd rounded the corner, completely surprising (and sometimes shocking) the pedestrians on the boardwalk. Some people ran with us, either out of fun or out of instinct. 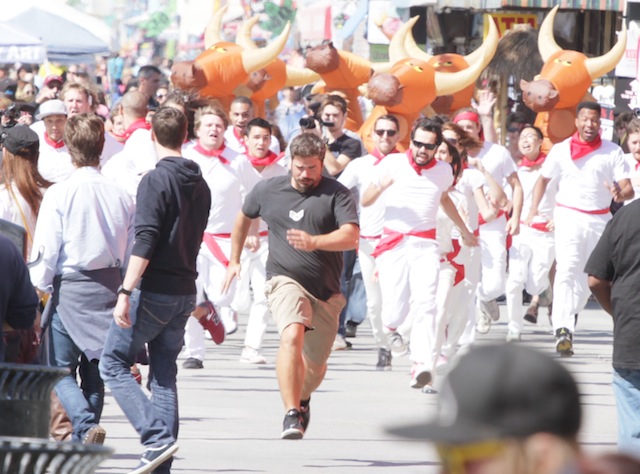 A random guy joins the run 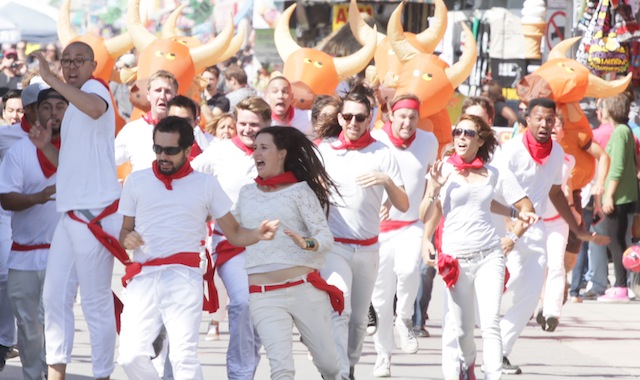 One runner, Lisa Malambri, was 8 months pregnant. We couldn’t believe she was down to run, but she ran as fast as anyone else. 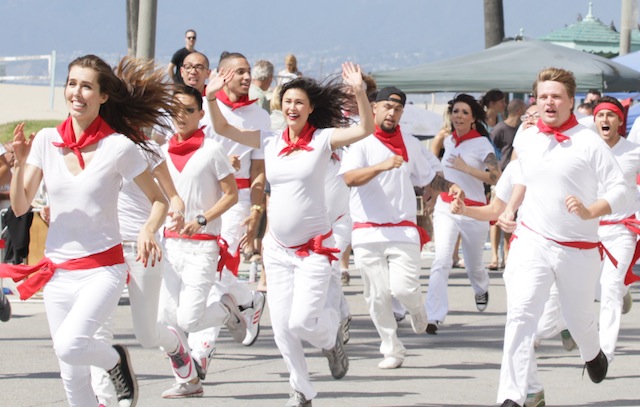 Lisa Malabri runs with the crowd 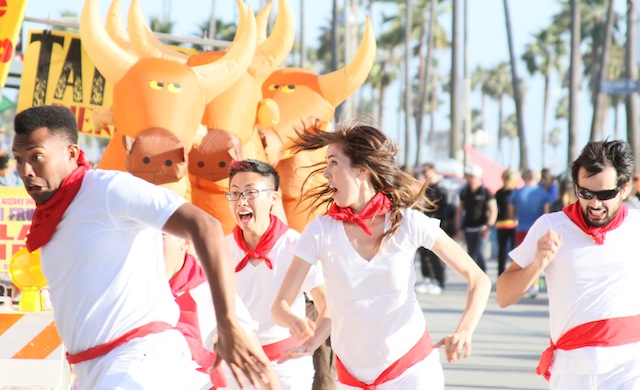 Towards the end of the day we did some extra bits with a smaller crowd of runners and bulls. 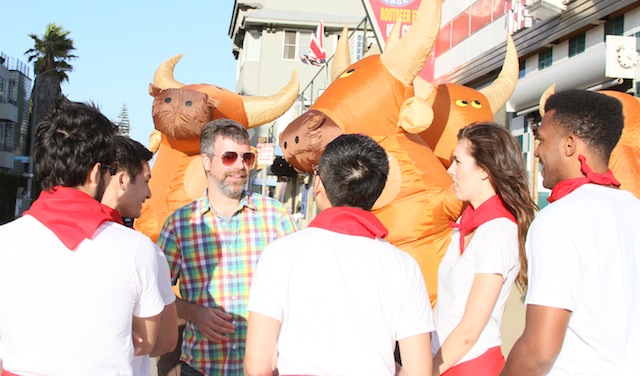 Huddling up before the next bit 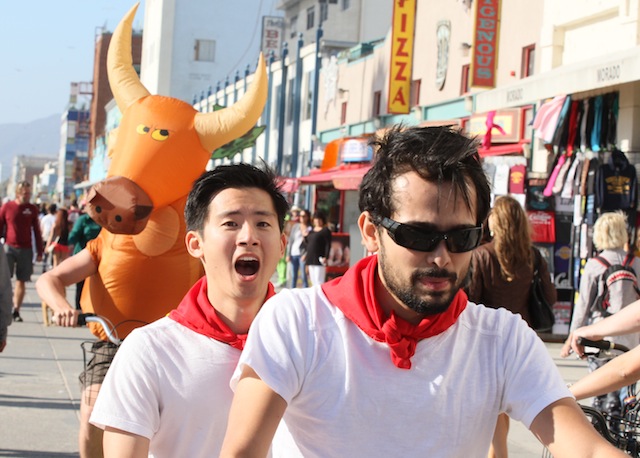 MysteryGuitarMan and Josh Fu bike away from a bull, also on a bike 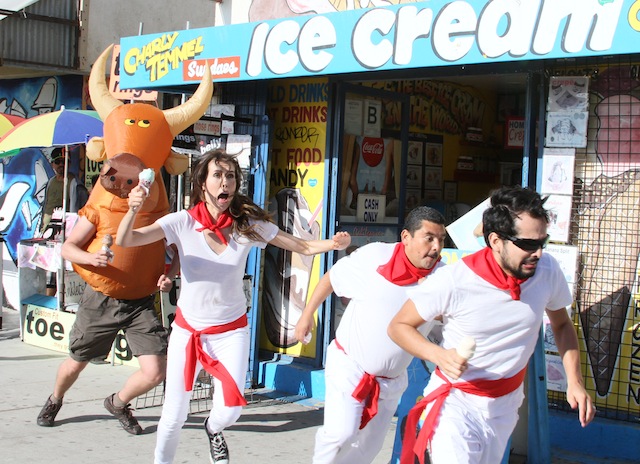 Brittani Louise Taylor, Guillermo, and MysteryGuitarMan run from a bull with ice cream
We had great reactions from everyone who witnessed us throughout the day (better shown in the video than in photos.) Everyone seemed to have a good time all around. Maybe we’ll bring the bulls to Pamplona next year.