For our latest mission we recreated the famous boulder chase scene from Indiana Jones and Raiders of the Lost Ark in New York’s Central Park. A man dressed as Indiana Jones ran through the park with the golden idol as he was chased by a man in an enormous custom-built boulder costume. The chase started in Central Park’s Ramble, a wooded area that resembles the location from the film. The chase continued through more populated parts of the park, surprising tourists and sun-bathing New Yorkers alike. The project ended with Indy attempting to return the idol to the American Museum of Natural History.

Here’s a behind-the-scenes video showing how we built the giant boulder: 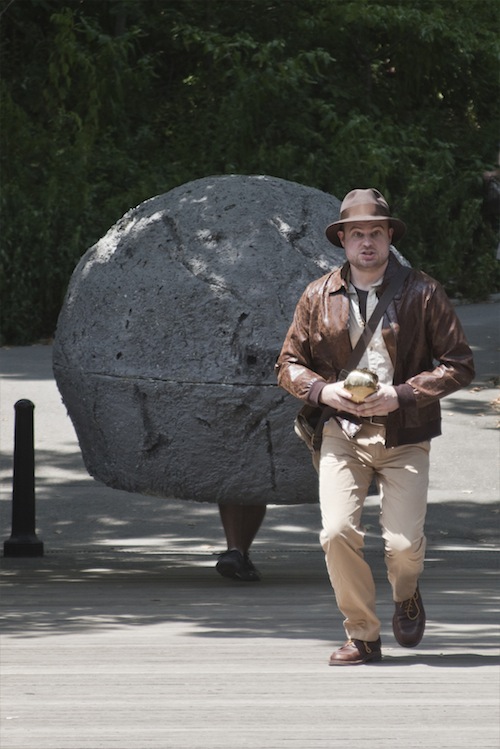 The biggest challenge for this mission was figuring out how the hell we were going to build a boulder. We went through several concepts, including getting a giant inflatable ball, painting it, and putting a remote controlled car inside. We finally decided that for both control and safety, it was best to have it human-operated. Agents Ilya Smelansky and Dave Szarejko built the boulder from scratch using a light weight wood frame, chicken wire, paper mâché, foam, and paint. The boulder had a backpack inside that the operator wore to stabilize himself. They inserted two GoPro cameras into the side of the boulder: one to record for our video and one to transmit a live feed to the boulder operator so he could see where he was going. 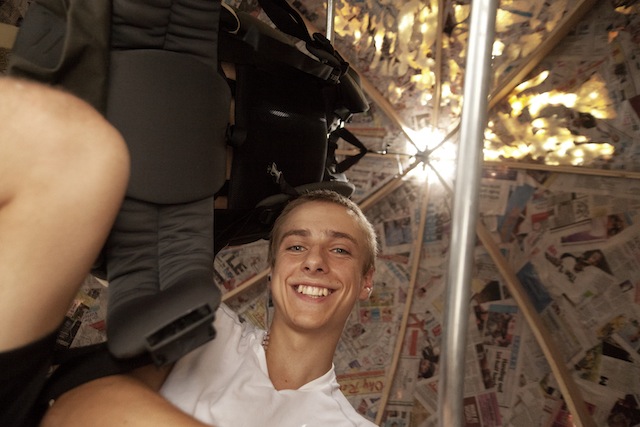 Agent Smelansky inside the boulder 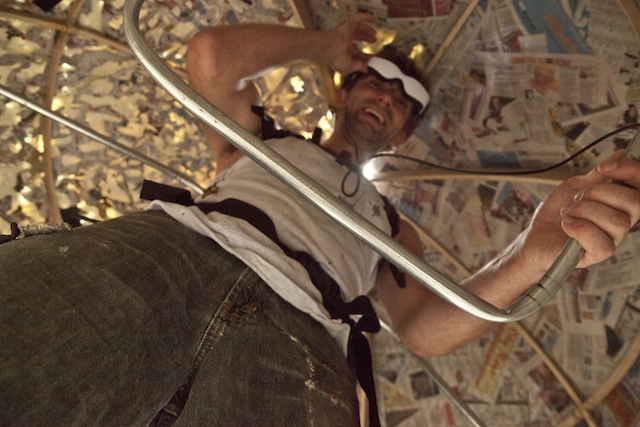 Agent Szarejko dons the video glasses
The GoPro video fed directly into video glasses, which gave the operator a first person view of where he was running. 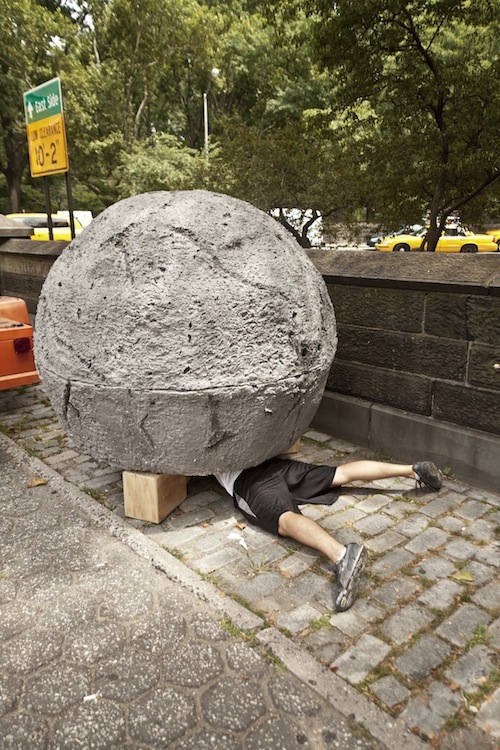 Agents Smelansky and Szarejko took turns operating the boulder. Fortunately it was a relatively mild day, but it was still steaming hot inside. 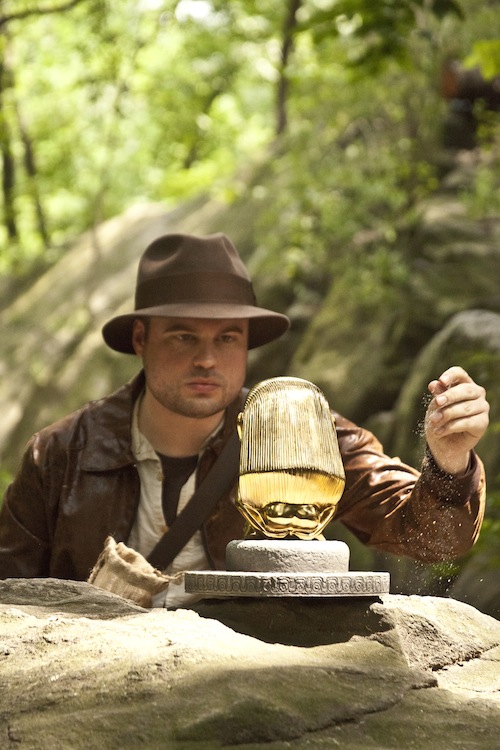 Agent Andrew Soltys found an exact replica of the idol from the film. We placed it deep in the Central Park Ramble and Agent Jeff Miller as Indiana Jones reenacted the classic switch with a bag of sand.

The chase begins in the Central Park Ramble! 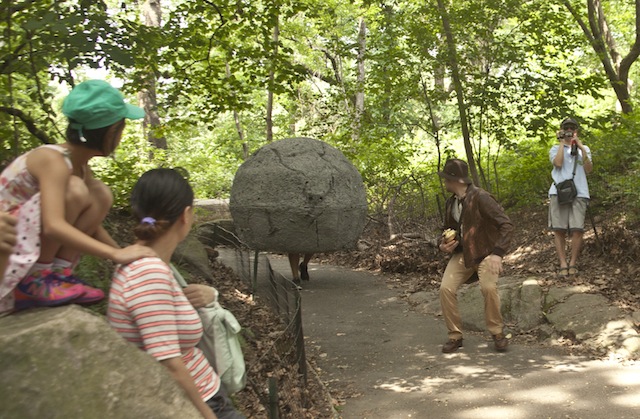 Central Park can be very tourist heavy, and it was super fun watching families and tourists react to our ridiculous chase. 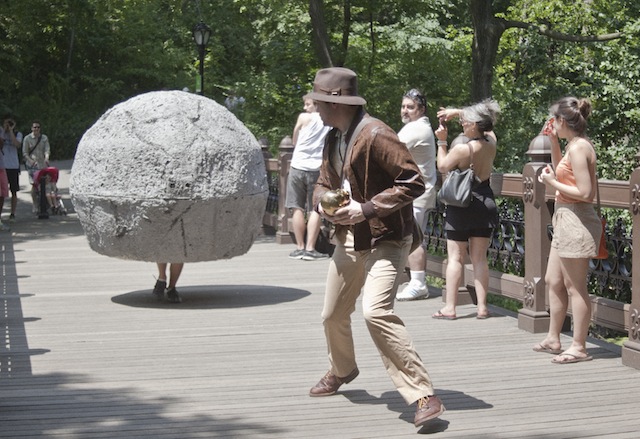 The Ramble has lots of fun bridges and archways, which made it a great place to stage this. Indy seemed right at home. 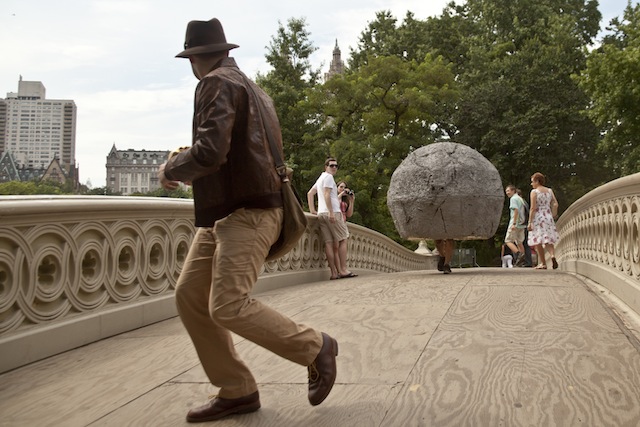 The chase goes over the famous Bow Bridge. 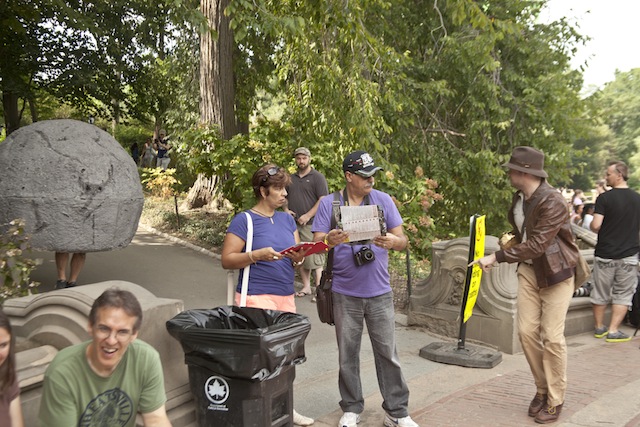 Tourists blocking the path of the boulder. 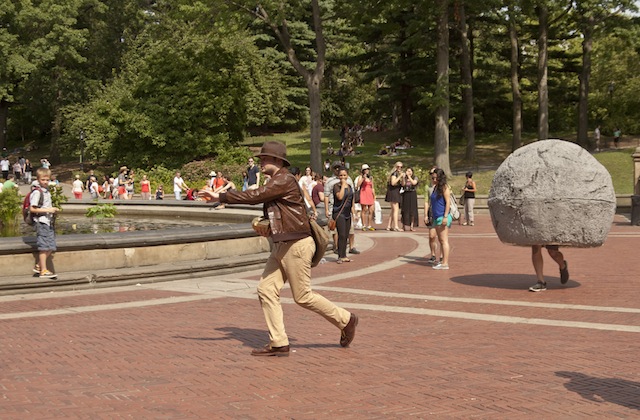 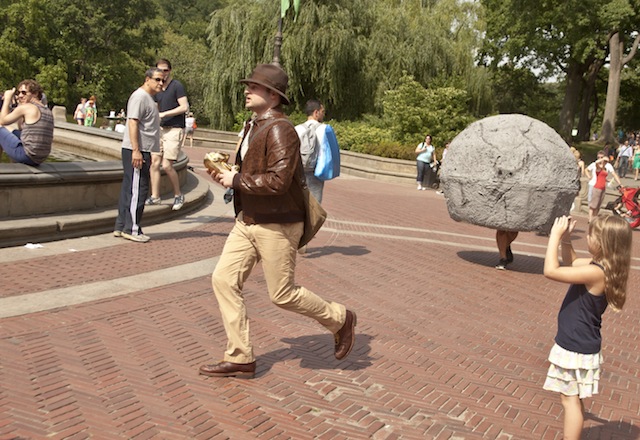 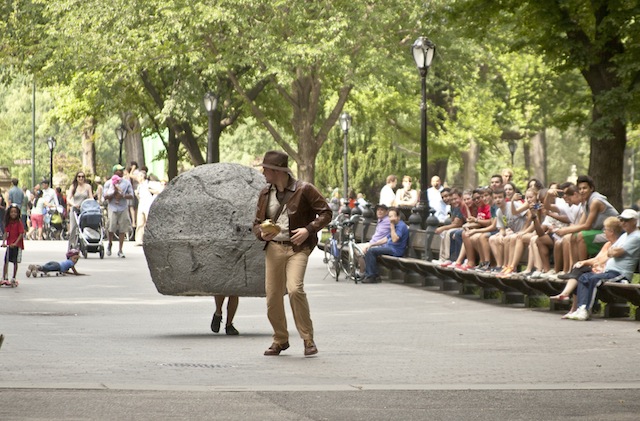 The chase moves down The Mall. 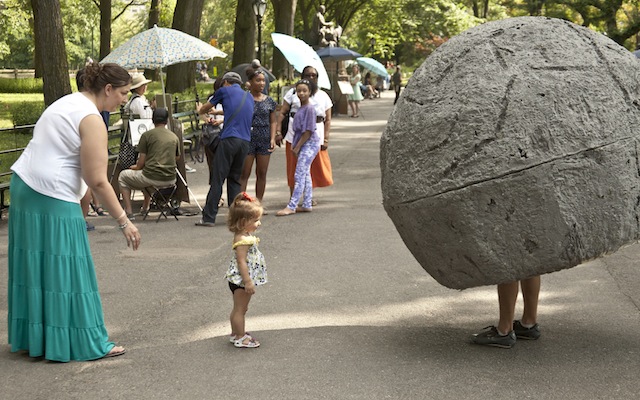 The boulder was VERY popular and made many friends throughout the day.

My favorite part of the day was an epic chase through Central Park’s Sheep’s Meadow. The boulder weaved through frisbee-throwers and sunbathers. 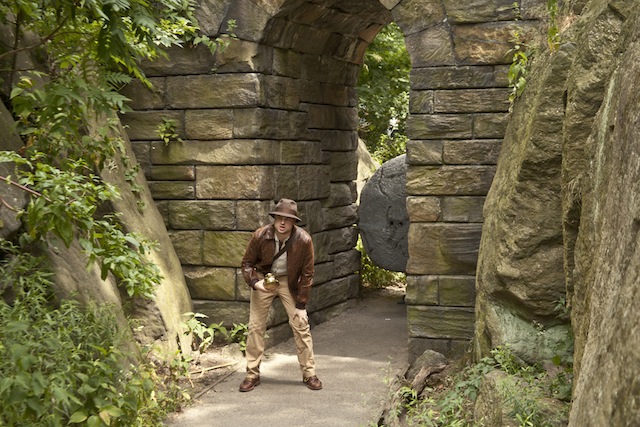 The chase ended back in The Ramble. The boulder was just too big to make it through the Ramble Arch, and Indy made it out alive. He then proceeded directly to the American Museum of Natural History. 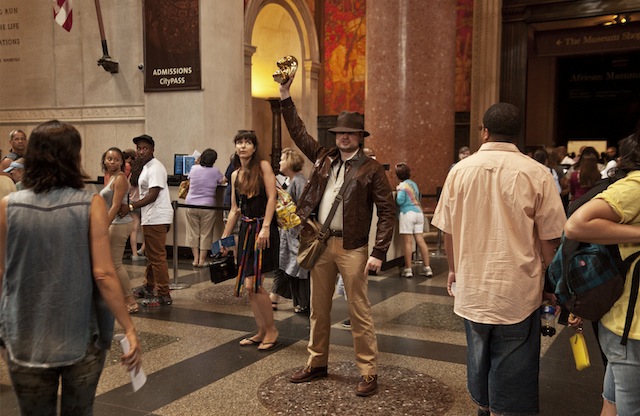 Indy entered the museum with the idol and the loudly proclaimed in the lobby, “This belongs here!” While he got many laughs, unfortunately no museum employees were willing to accept the idol.