For the Fourth Annual Black Tie Beach, hundreds of participants spent a day at the beach in black tie attire. We covered Coney Island and Brighton Beach with a diverse group of people of all ages laying out, playing games, and swimming in the ocean in formal wear. Agents were instructed to find cheap tuxedos and ball gowns at thrift stores for the occasion. The event also happened on the same day in five other cities around the world, including Los Angeles and Boston. Watch the video first, and then check out the photos and report below. 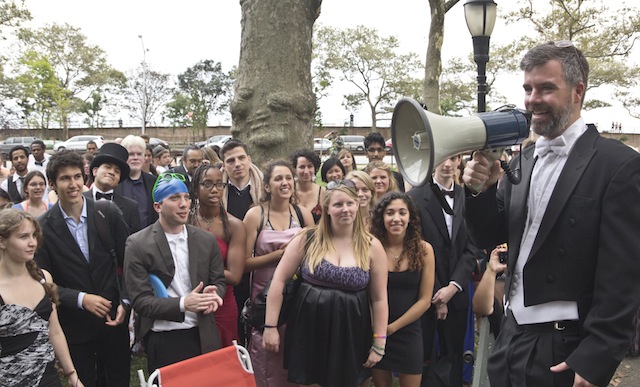 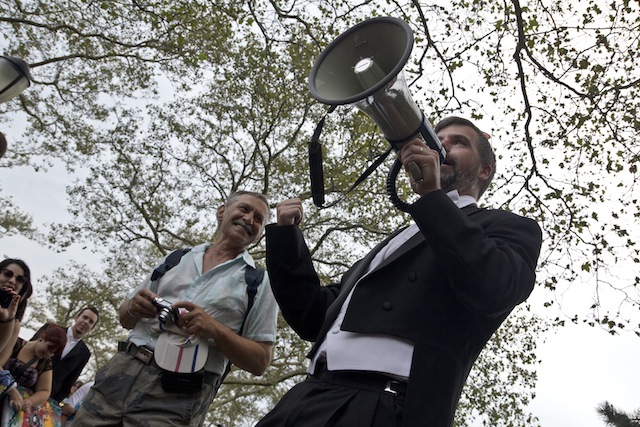 Our friend Sam, who we met on the beach in 2010 and 2012, and whose awesome reaction to the project made it in both of those videos, showed up this year to the meeting point. He didn’t want to miss a beat. 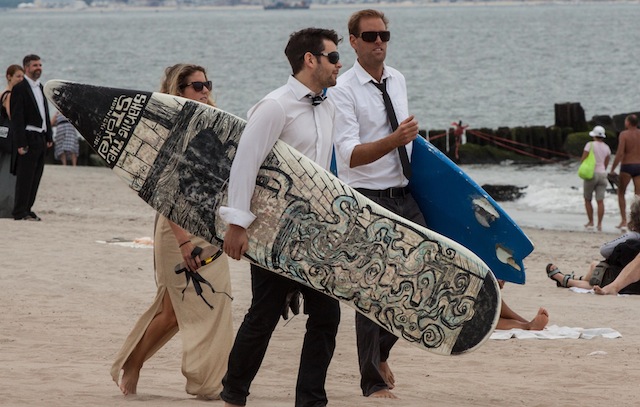 These guys were from Sydney! There were also participants from Korea and Thailand, and of course every part of New York City. Once again the project attracted participants of all ages. 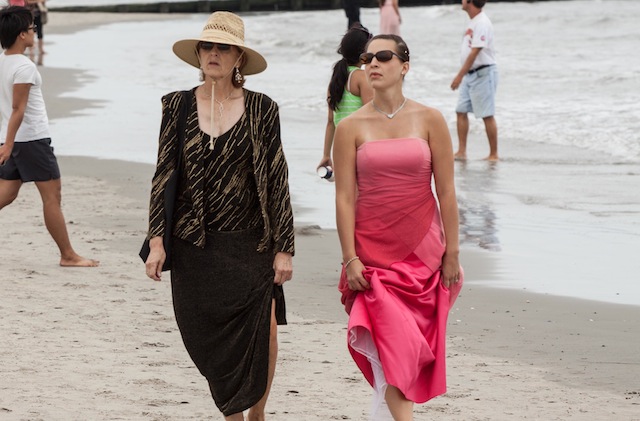 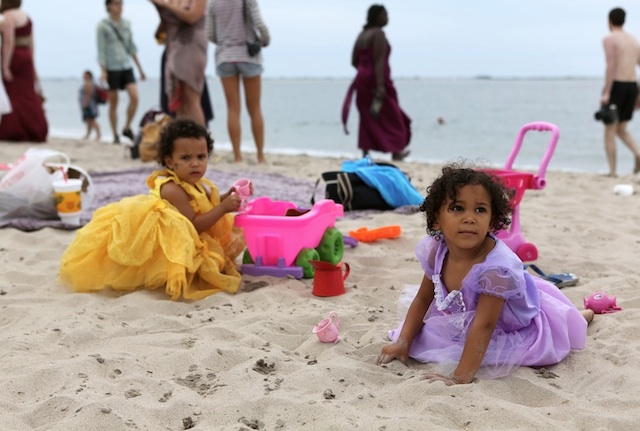 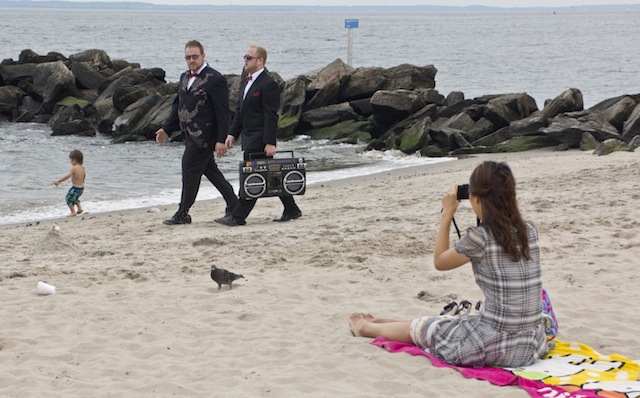 The two guys blasting Sinatra from their huge boombox made an encore appearance this year. They were once again a hit with everyone. 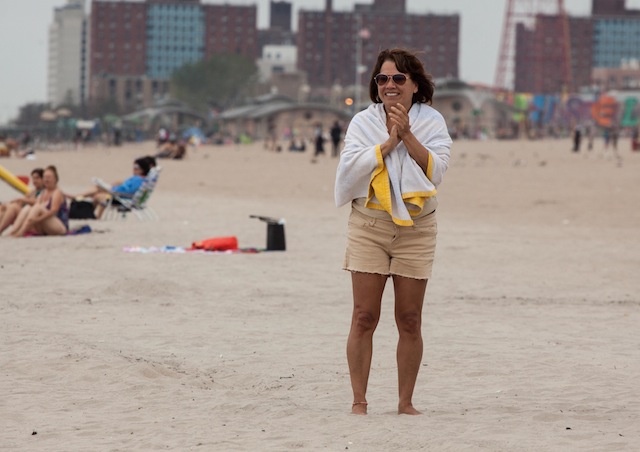 As always, the folks not in on it had a great time laughing at us and trying to figure out what was up. 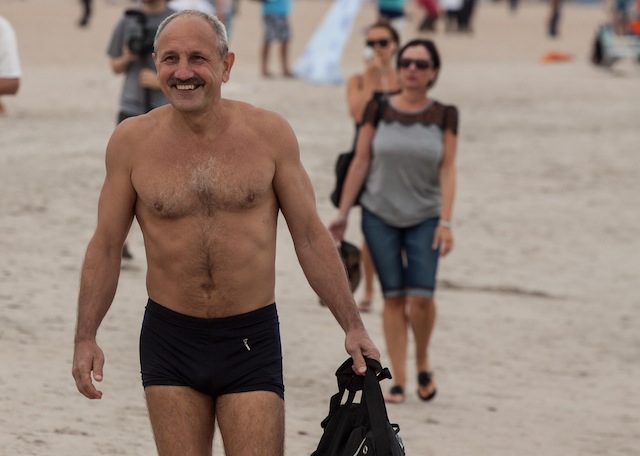 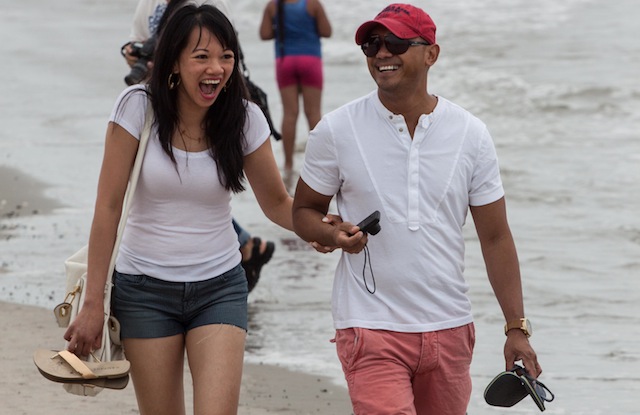 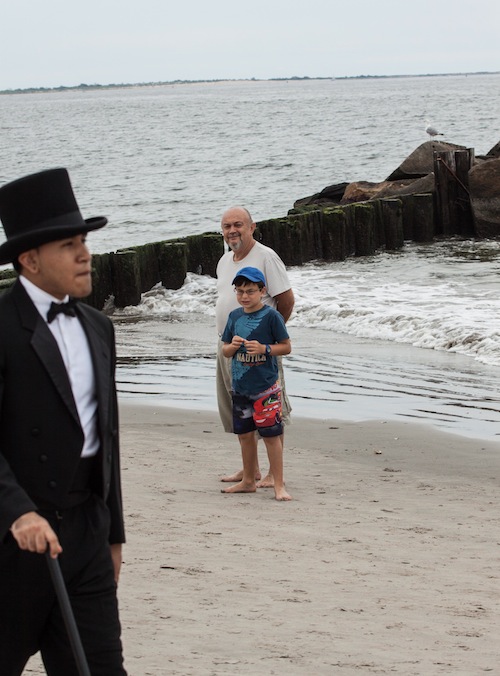 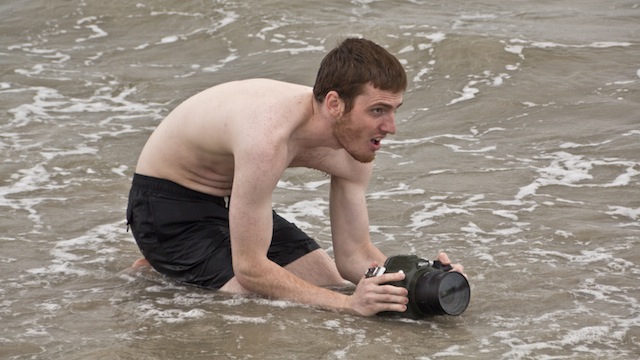 Agent Andrew Soltys filmed from the water this year, using a DSLR in a waterproof case. 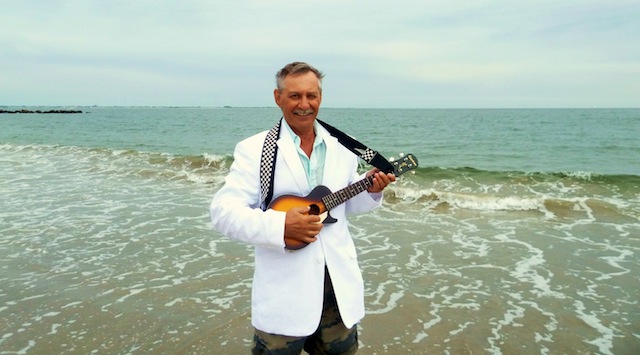 Sam borrowed someone’s jacket so he could participate for a bit as well. 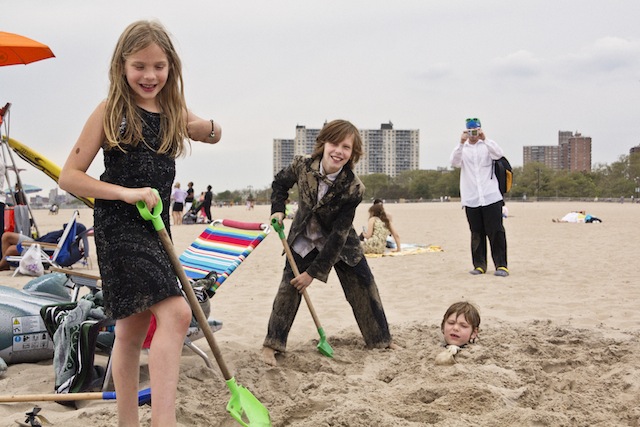 Many participants got buried in the sand. 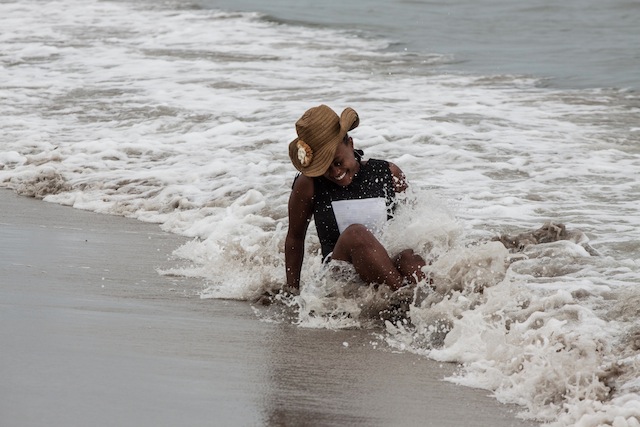 Almost everyone went in the water, even though it was a bit colder than normal. 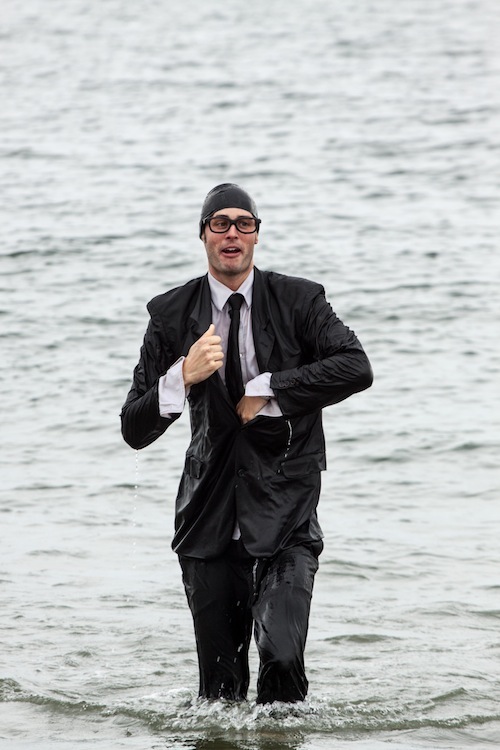 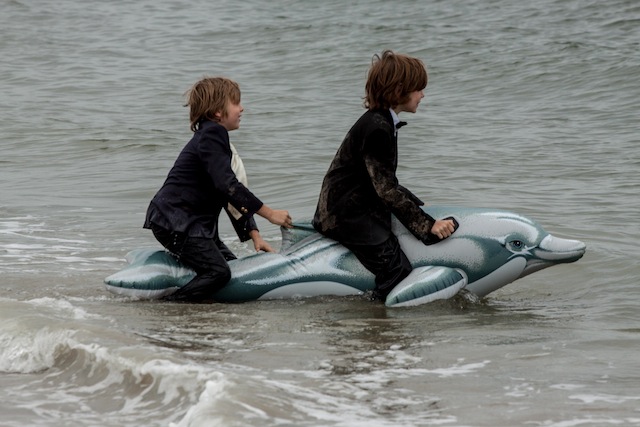 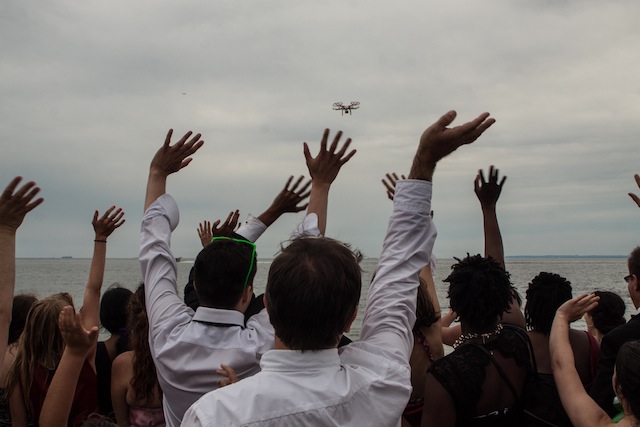 We brought out our DJI Phantom drone to get some aerial shots of the group. Like last year, we had everyone meet back up together for a big group run-in. 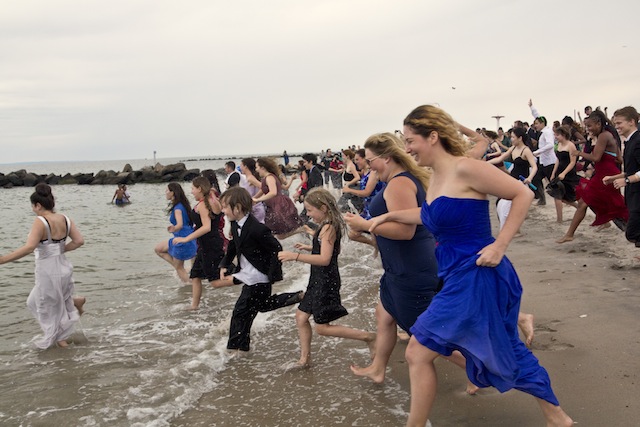 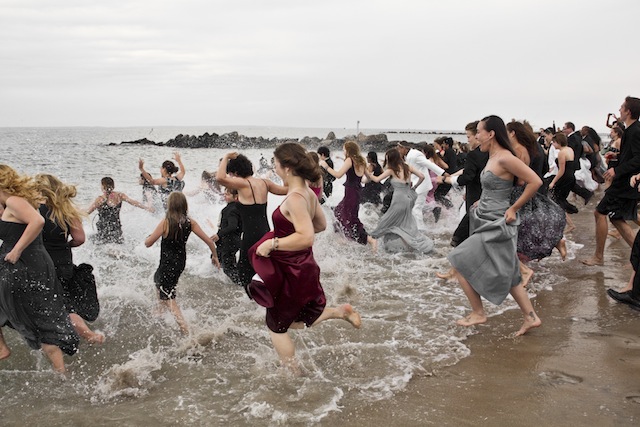 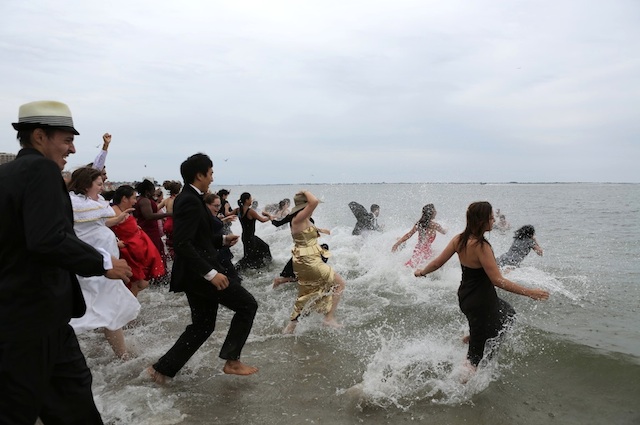