On the evening of Grand Central Terminal’s 100th birthday, 135 Improv Everywhere participants staged a surprise performance in the grand windows on the terminal’s west side. Equipped with a variety of LED flashlights and camera flashes, performers appeared suddenly and unannounced along three floors of windows, creating a shower of light for the commuters and tourists below.

This project took place at the invitation of MTA Arts for Transit as part of the centennial celebration of Grand Central Terminal. 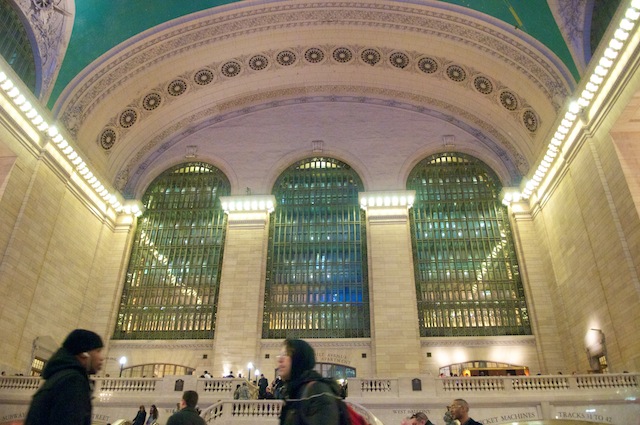 It was almost exactly six years ago when we staged our Frozen Grand Central mission. 32 Million views later, it’s our most popular of all time. So I was thrilled when Arts for Transit approached me and asked if I would be interested in staging something in the Grand Central Terminal on its 100th birthday. While scouting the terminal with them, I noticed someone walking on the catwalks. I had never even realized the catwalks were there. They aren’t open to the public and are only used by employees to get from one side of the building to the other without having to use the elevators. The sight of one person walking by was striking. I figured a large group of people would be even better. 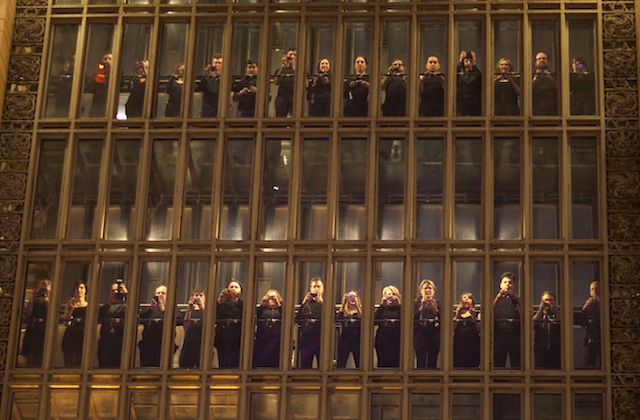 This project ended up having similarities to many past Improv Everywhere missions. We took over windows in Look Up More. We experimented with flashlights in The Mp3 Experiment Eight. And of course it would be the same location as Frozen Grand Central. 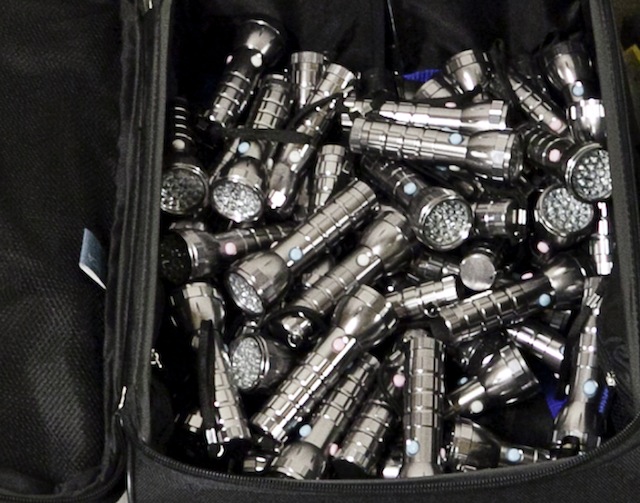 The performers arrived not knowing what the project would be. They were just told to dress in black, bring a flashlight and a camera, and meet at a table outside Grand Central. Once they arrived they were escorted up into a green room and given a special LED flashlight that could do white, red, and green light. 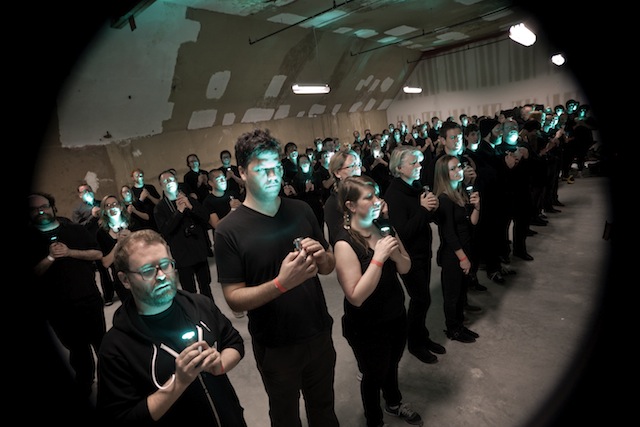 The choreography was all delivered via a prerecorded narrator. We placed wireless speakers in the catwalks and broadcast the narration track to them simultaneously. Agent Tyler Walker recorded the instructions: “On my cue, everyone turn your red light on. 1, 2, 3, GO.” We had exactly one rehearsal in the green room before heading out to the performance. 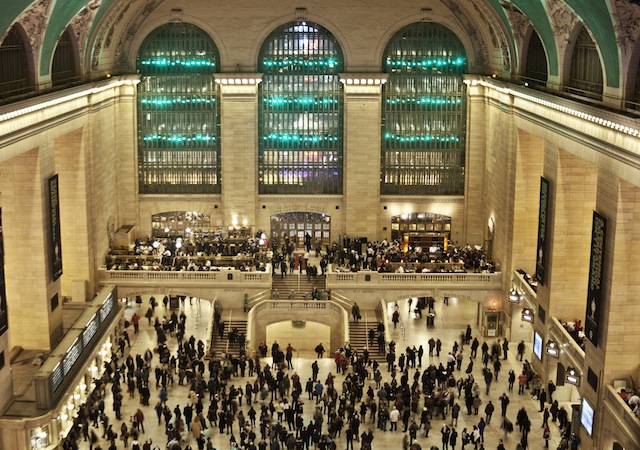 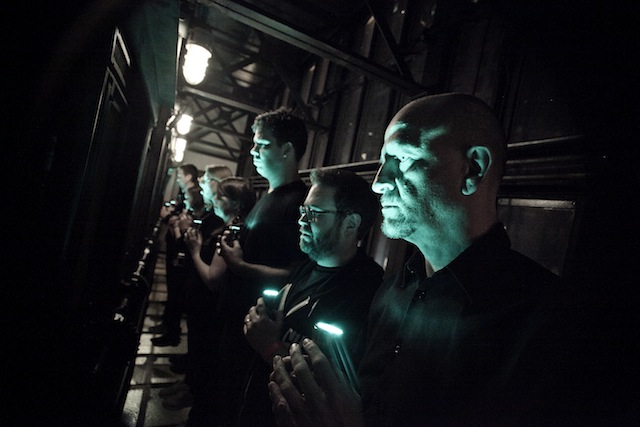 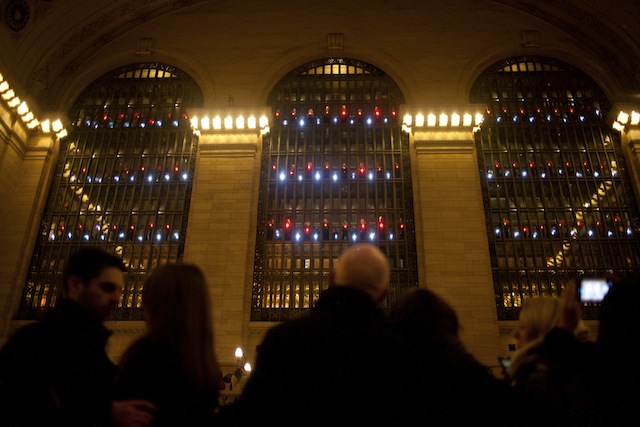 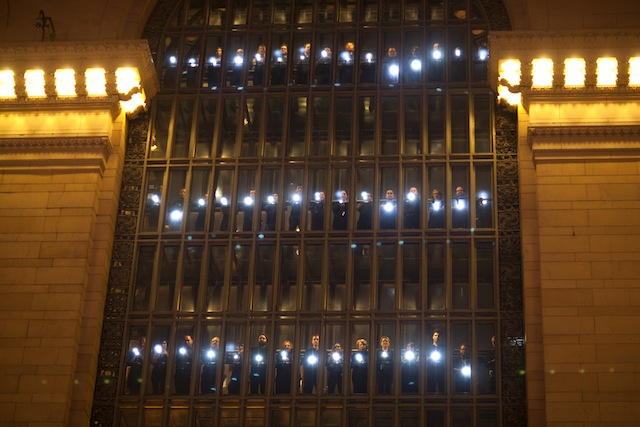 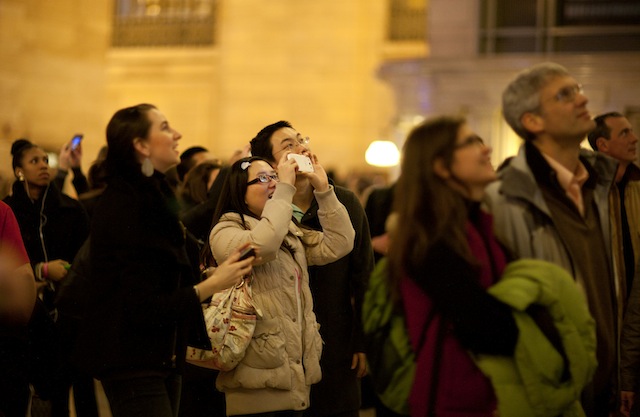 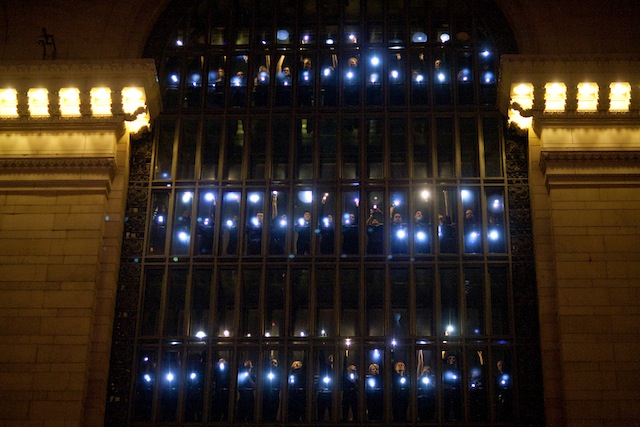 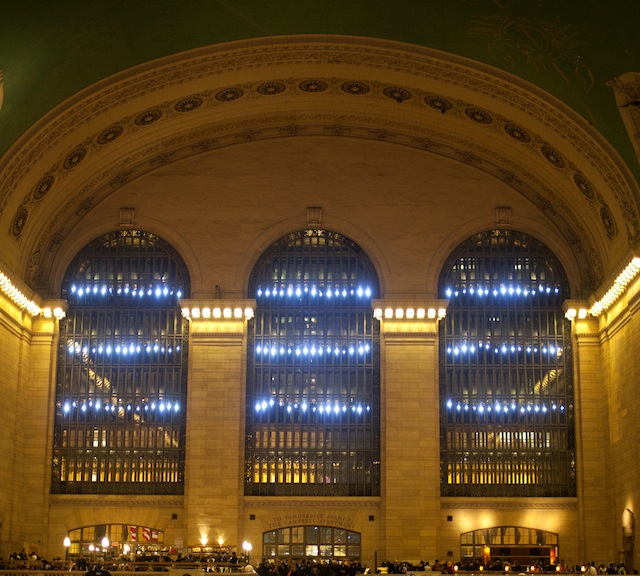 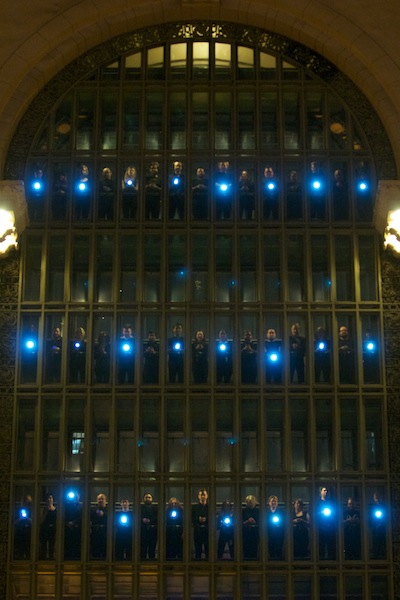 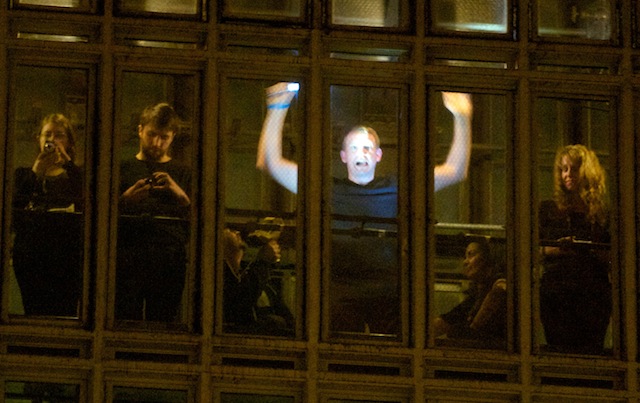 Agent Alan “Ace$Thugg” Corey had a special dance solo. Agent Brian Fountain and Agent Sadia Corey pointed their lights at him while he danced as the rest of the windows went to black. Agent Ace$Thugg had a similar solo in the upper right hand window for Look Up More eight years ago. 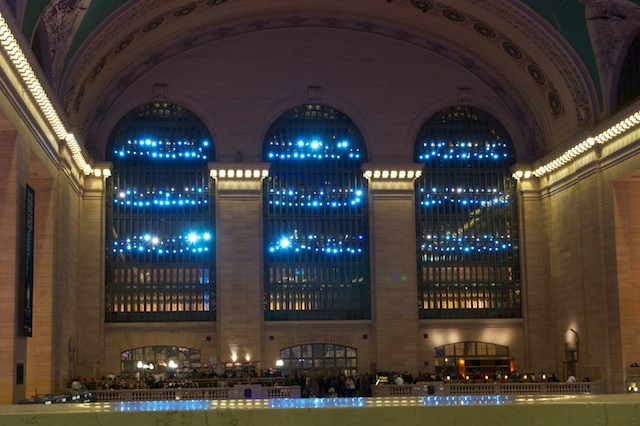 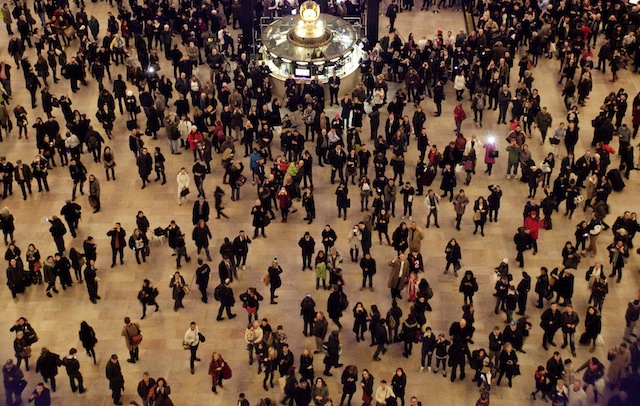 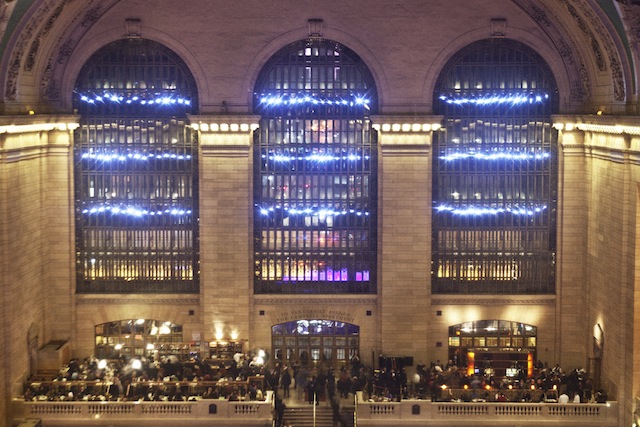 The performance could also be viewed outside the terminal on Vanderbilt Avenue. 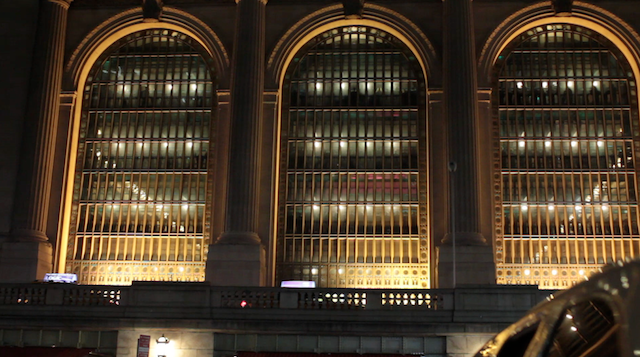