For our latest mission, we surprised a random couple sitting on a bench in Central Park with a fancy dinner and a private concert by a wind quintet. 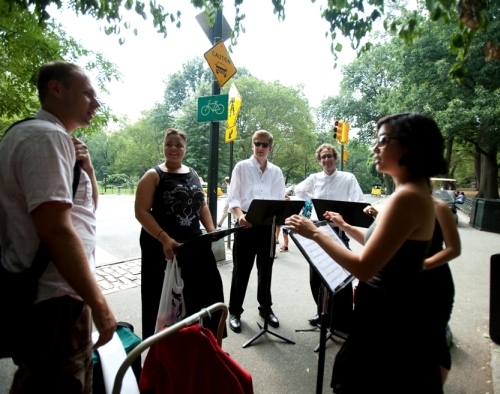 pre-mission meeting point
We all met up at the entrance to the park on 5th Avenue and 72nd Street to get organized. Once all of our props and instruments were accounted for, we headed down to a staging area near the Conservatory Water, a peaceful pond with remote-controlled sailboats. 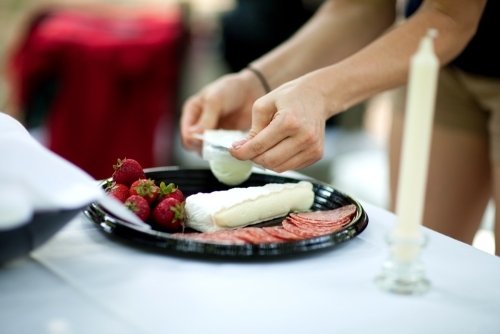 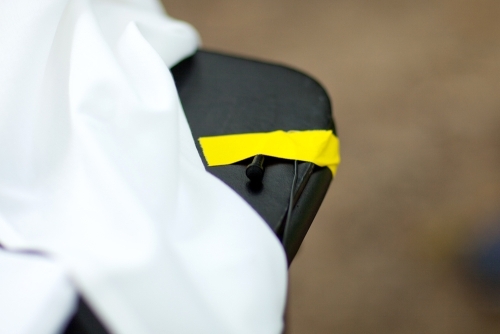 We hid a microphone underneath the tablecloth 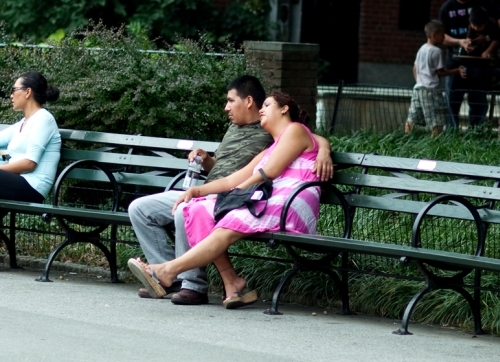 It was my job to pick the couple we would surprise. The couple above looked to be the perfect choice– they had been sitting on the bench for a long time and didn’t appear to be moving anywhere any time soon, they were clearly a couple based on their body language, and the bench they were on was facing away from our staging area, so they wouldn’t see us coming. 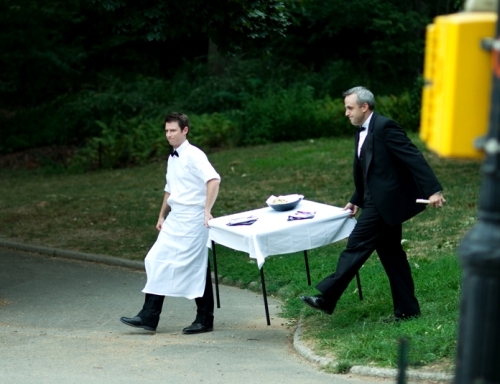 Agents Silver and Good make their move with the table 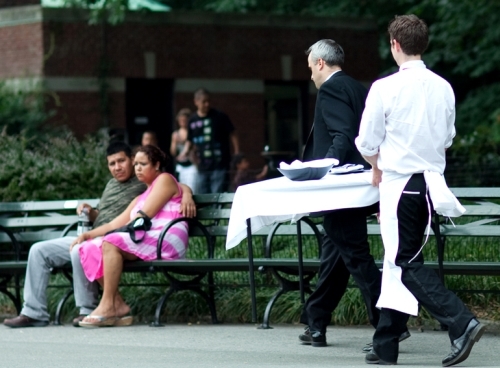 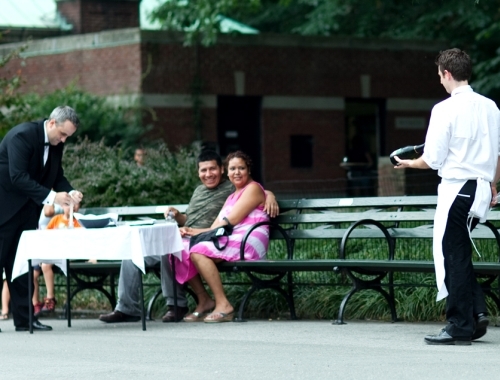 The couple smiles as Agent Silver brings over some sparkling cider
I figured that in a big city like New York, everyone’s first reaction would be to think the offer of dinner was some type of scam. To try to put the couple at ease the agents referred to everything as “complimentary” and “free.” The couple was definitely confused at first, but by the time they were being served drinks they were all smiles. 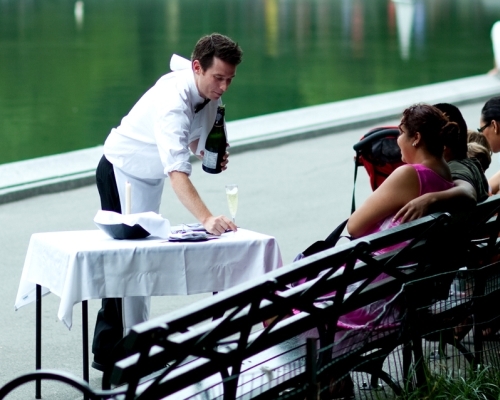 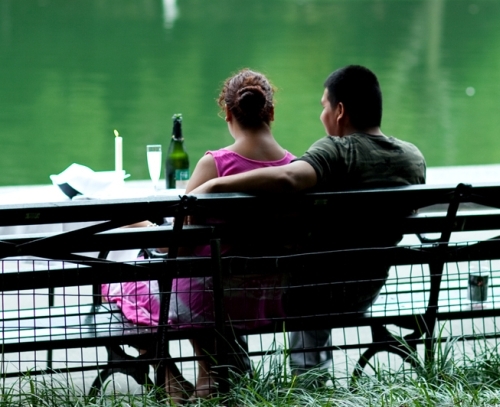 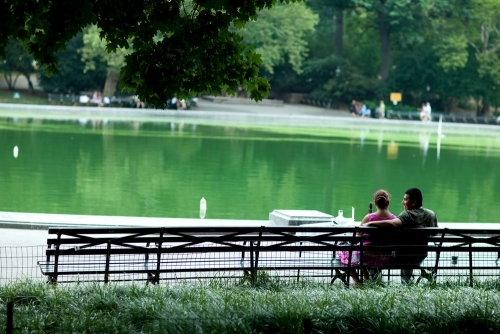 Although the video doesn’t show it, we gave the couple plenty of breathing room and allowed them to have long stretches of time alone to drink and eat. 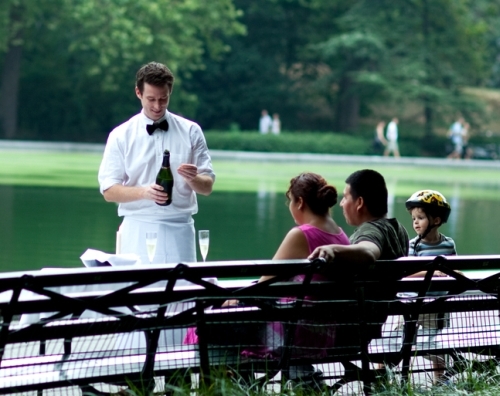 Agent Silver tops off their glasses as a kid looks on
The couple was presented a food spread with fruits, cheeses, and meats. After it looked like they had finished eating, their entire table was cleared and they were given two tickets “for tonight’s show.” 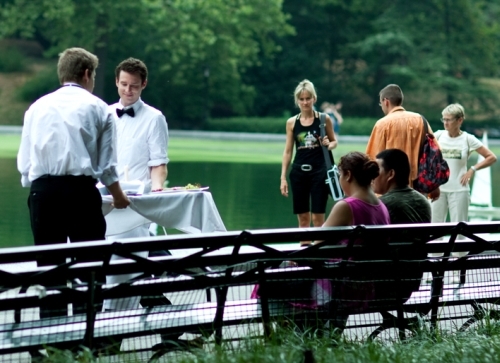 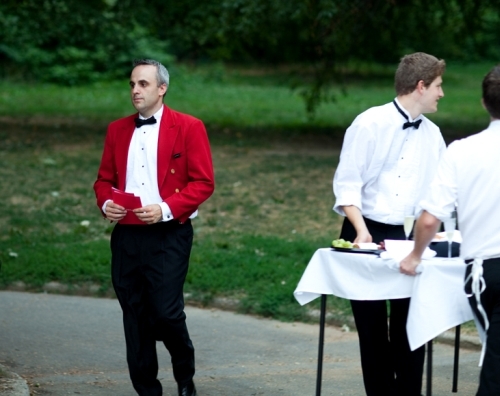 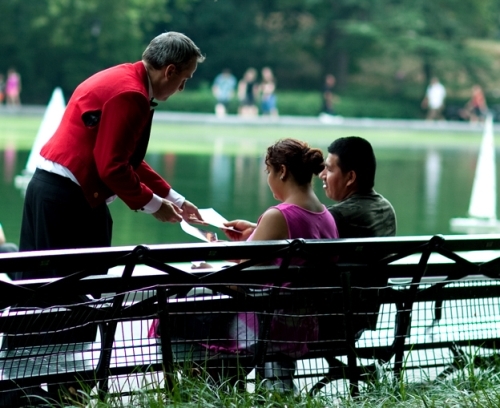 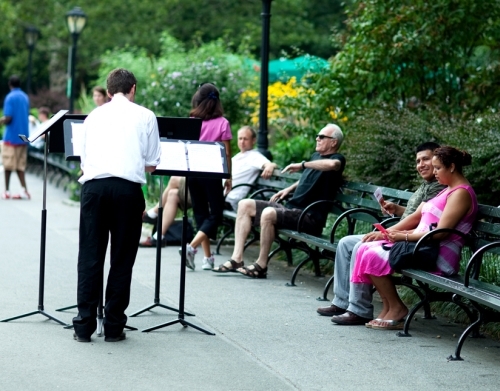 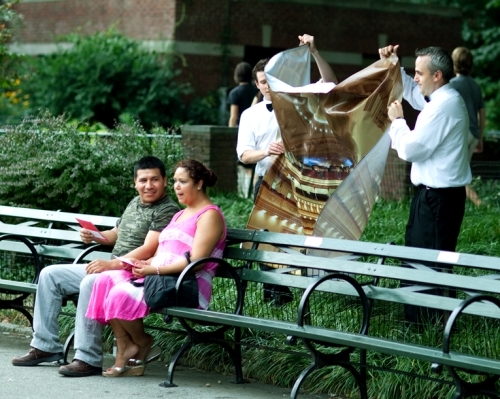 Behind the couple, our agents unfolded a banner showing a panoramic view of Carnegie Hall 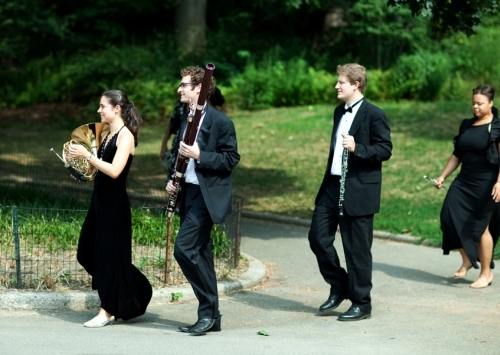 The ensemble takes to their stage 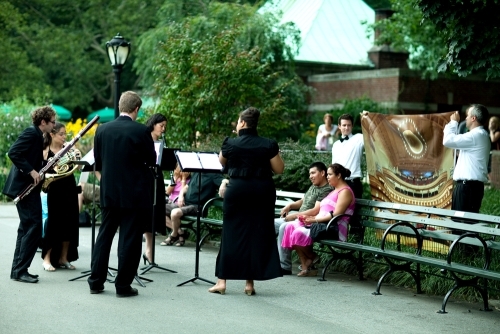 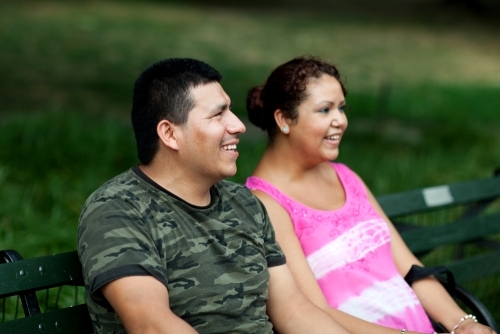 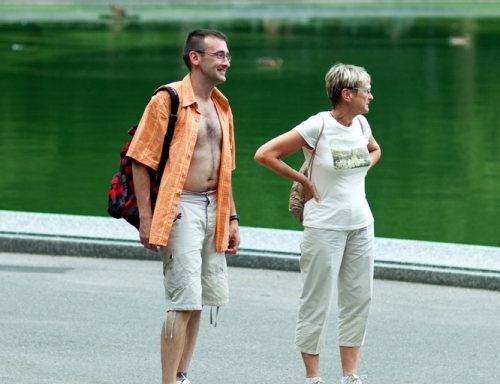 It was a really humid day 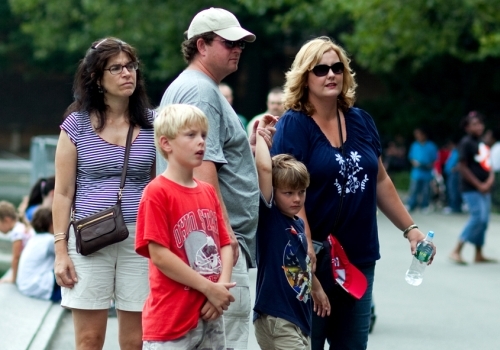 Lots of folks stopped to watch and listen 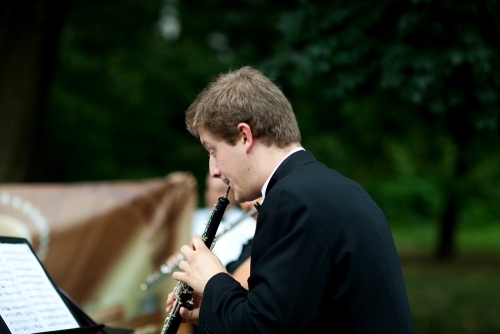 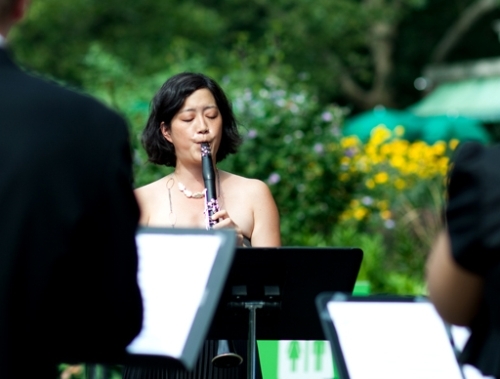 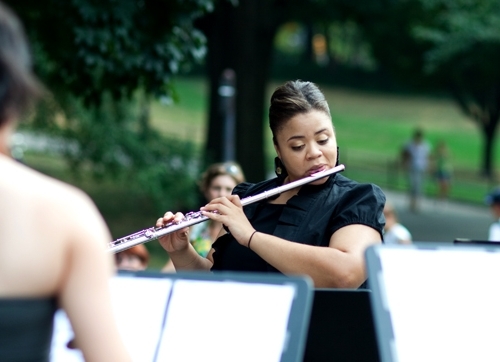 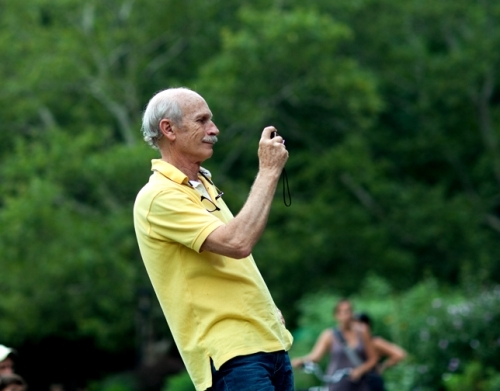 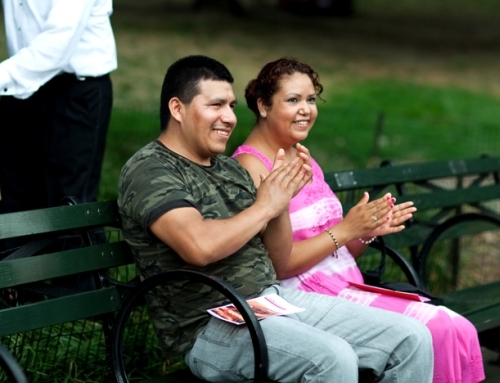 The couple applauds at the end 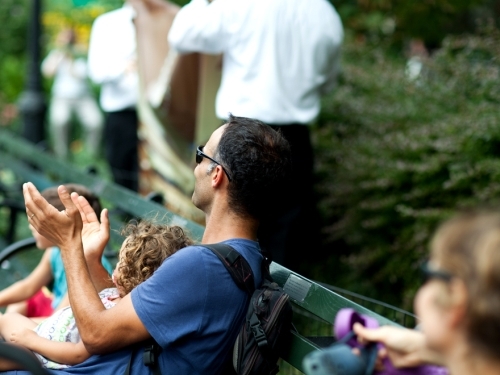 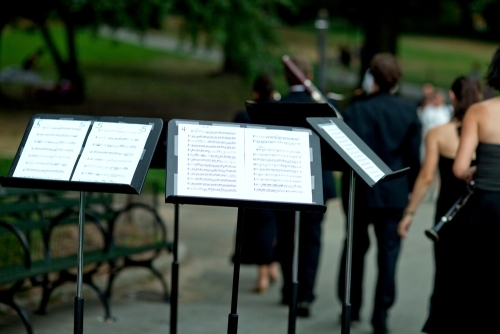 The ensemble bows and exits 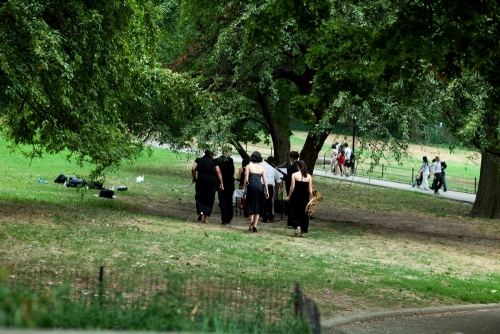 After the performance, the ensemble exited the “stage” and the couple was left alone smiling on the bench. A bit later, our usher returned to offer them a pair of tickets to any performance at the real Carnegie Hall. They thanked him for the entire experience, calling the music “very pretty.” 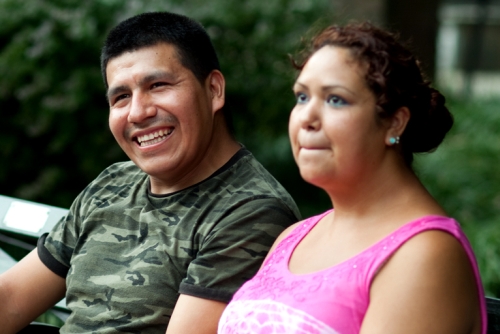