For our latest mission 23 actors and 2 dogs infiltrated a public space and went on “mute” at coordinated intervals. The mission took place near the northern entrance to Prospect Park in Park Slope, Brooklyn. The Mute Button was produced by Improv Everywhere as part of the Guggenheim Museum exhibition stillspotting nyc. 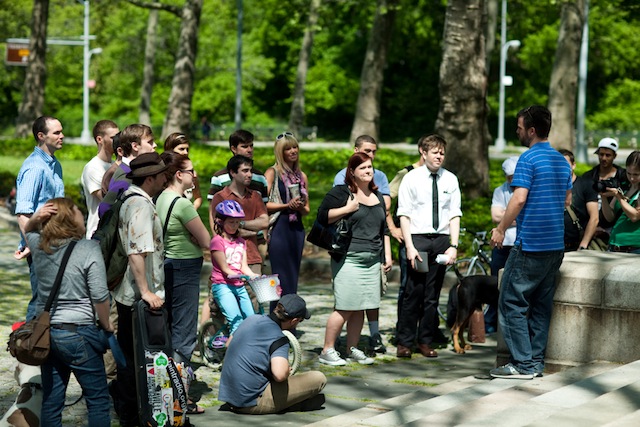 Getting organized at our meeting point
I’ve had the idea to do an IE mission with a “mute button” effect for several years. We’ve already experimented with other remote control buttons like “pause” (Frozen Grand Central) and “slow motion” (Slo-Mo Home Depot). I was always hesitant to attempt it, because a mob of people going on mute just didn’t seem particularly compelling. When brainstorming concepts for the Guggenheim Museum’s exhibition stillspotting nyc, I had an epiphany: the way to make it exciting is to use a specific cast of characters that would normally make elevated noise in a public space. In order to show the contrast between mute and un-mute, the loud portion would have to be more noticeable than a crowd of regular people just talking. 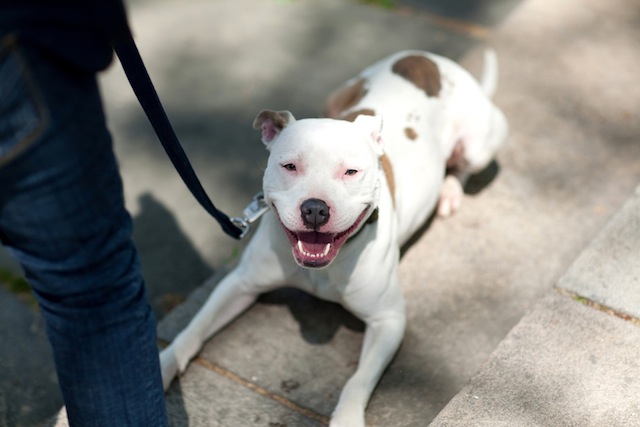 Dexter
I was really excited about the cast of characters we put together for this mission. Although we’ve staged a mission with fake dogs, we’ve never used dogs as actual Improv Everywhere Agents. For this mission we were lucky to find Dexter, a Pit Bull mix, and Lincoln, a Doberman Pinscher. Both dogs were trained well enough to bark on cue. 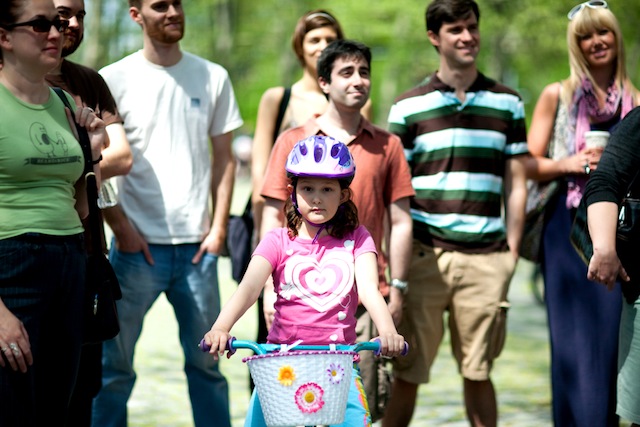 This mission also featured our youngest ever participant, Agent Clara Z, age 7. While younger kids have participated in our Mp3 Experiments and even No Pants Subway Rides, Clara is the youngest to have a specific part in one of our projects, barely beating out a 9-year-old who participated in Best Buy. Although if babies count, Agent Kaz wins for his cameo in Ted’s Birthday. 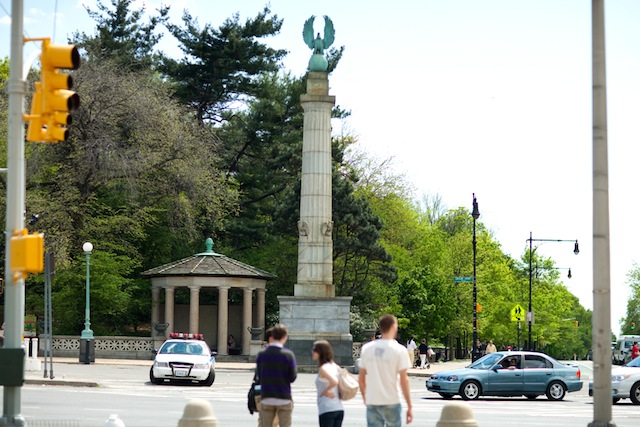 There were a few things we looked for when choosing a space. We wanted a location that was relatively quiet so the mute portions would stand out. The space also had to be crowded enough that it wouldn’t be strange for a man to play a saxophone or for a few break dancers to put on a show. We ended up choosing the public plaza on the northern end of Prospect Park. There is a great paved area that is empty on Sundays, and the sidewalk next to it has steady traffic of people coming in and out of the park. It’s adjacent to a traffic circle, so there is some traffic noise, but nothing too loud. When we first arrived at the location, a cop car was parked right in the middle of the space! (see photo above.) While our mission definitely wasn’t breaking any laws, I was worried they might hassle our street performers. We waited around five minutes and they drove away. 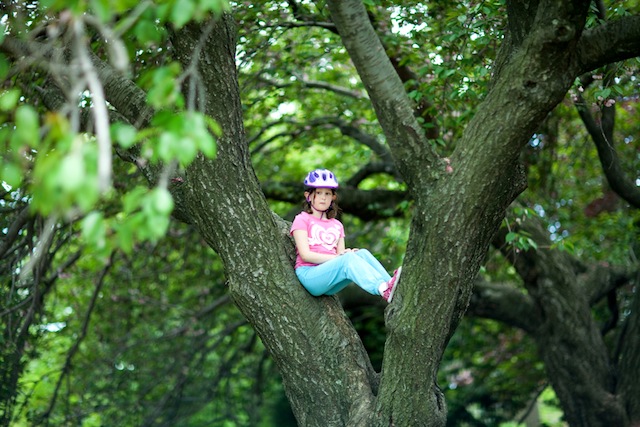 Agent Clara Z waits in a tree
Our group of agents walked over to the space separately and quietly blended in to the scene. 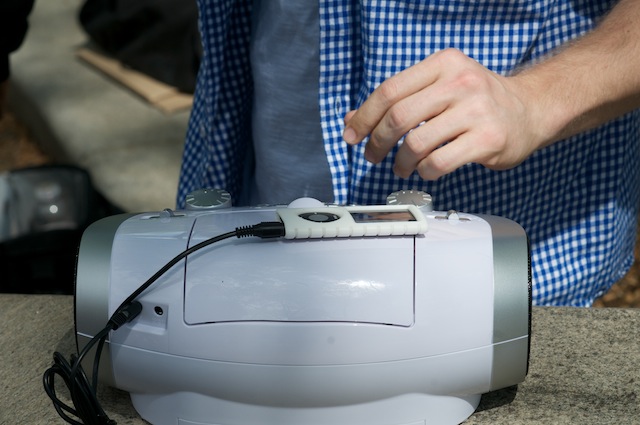 There were two methods for signalling the muting and un-muting. The primary method was the break dancers’ boombox. Agent Tyler Walker composed a hip hop track that contained built-in stretches of silence. It would play for 30 seconds, and then mute for 90 seconds, over and over again. All of the actors in earshot of the boombox would just have to mute themselves along with the track. As an added visual cue for the actors that were too far away from the boombox to hear it, I put my sunglasses on my head during the mute portions. Once everyone was in place, the break dancers pressed play on the boombox and the mission began. 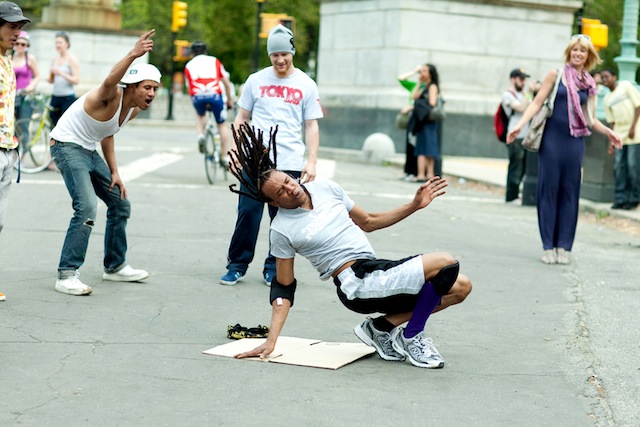 Agent John Swan after a headstand. 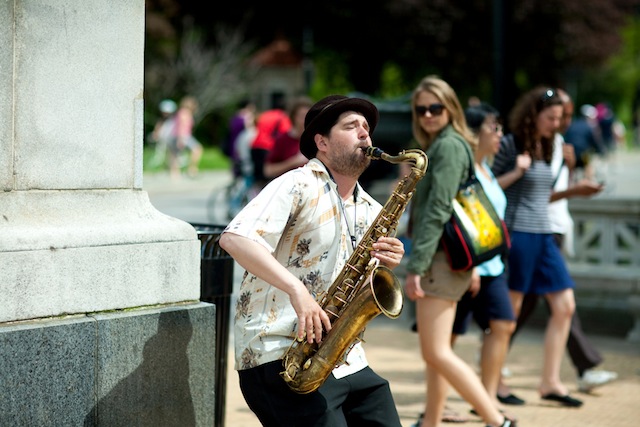 Agent Stefan Zeniuk on the sax 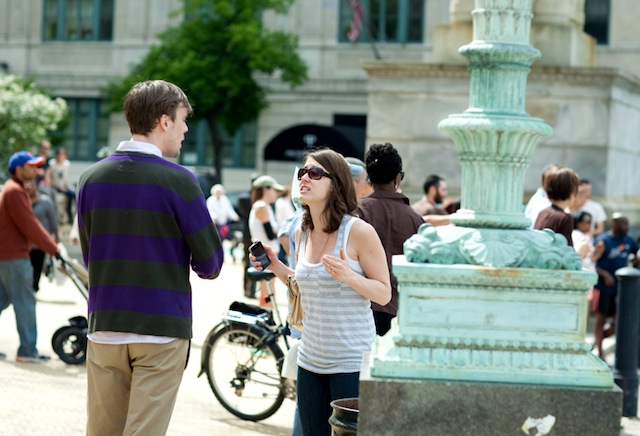 Agents Pat Cassels and Cody Lindquist as the arguing couple 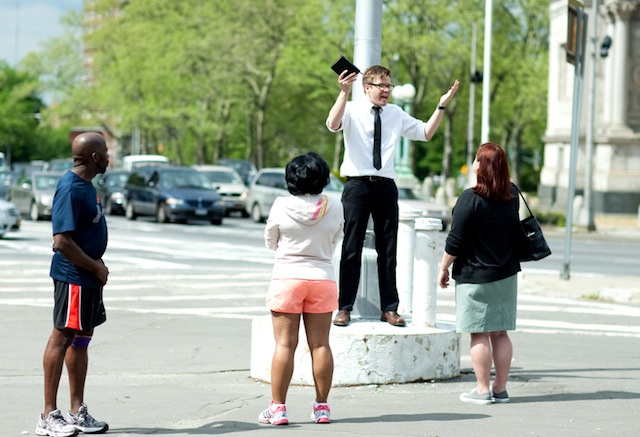 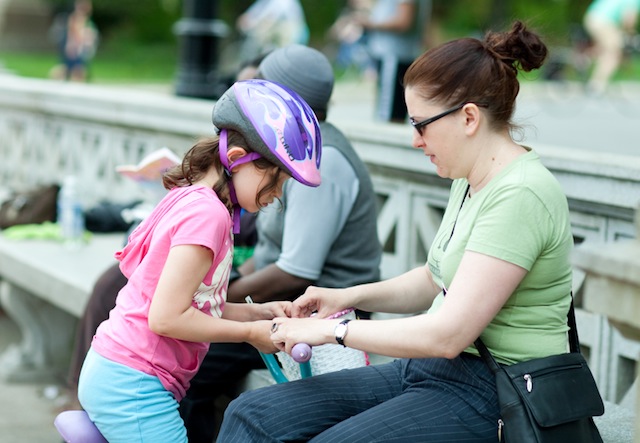 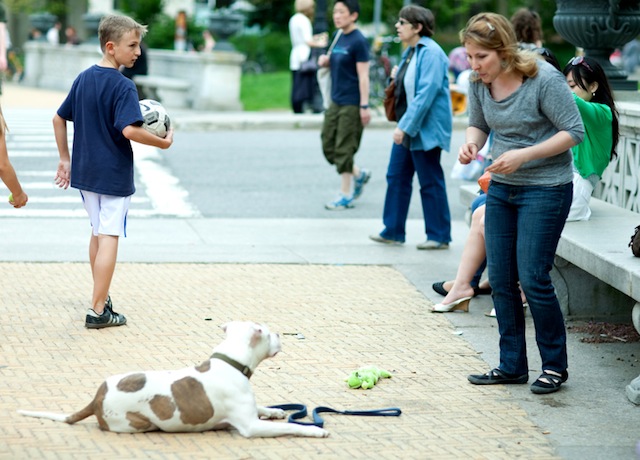 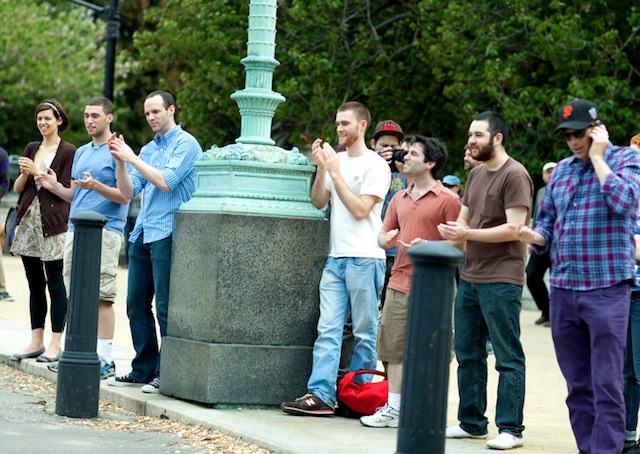 I also cast a group of agents to serve as a crowd for the break dancers. They clapped along and cheered for the dancers, and then clapped and cheered silently during the mute portions. For most of the mission they were joined by regular folks watching the show, many of whom started cheering silently themselves when they figured out what was going on. 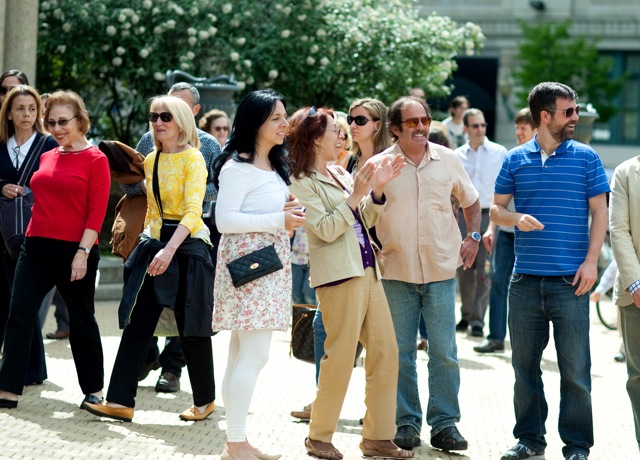 My job during the mission was to wear a hidden microphone and try to get verbal reactions from folks. If I saw people reacting to the mission, I’d casually go up to them and ask what was going on. Since the location had such steady turnover, with new people constantly walking by, we had an incredible amount of great reactions from people throughout the mission. People of all types stopped to figure it out. It was so much fun watching people go from confusion to laughter as they realized what was going on and how many people around them were a part of it. 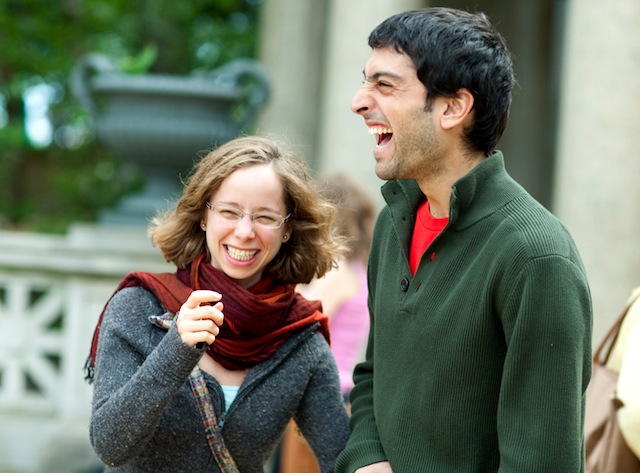 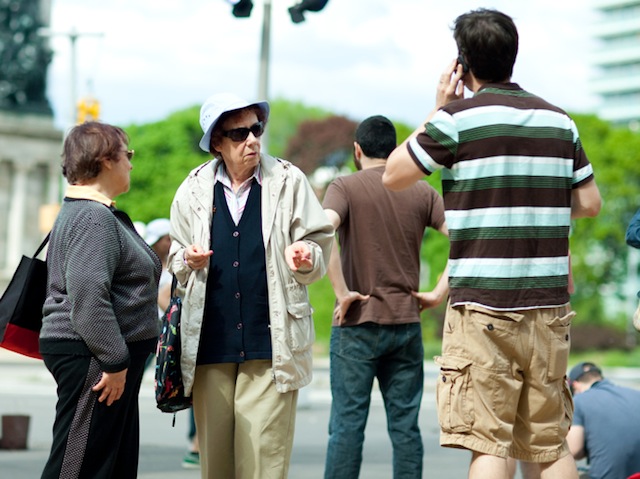 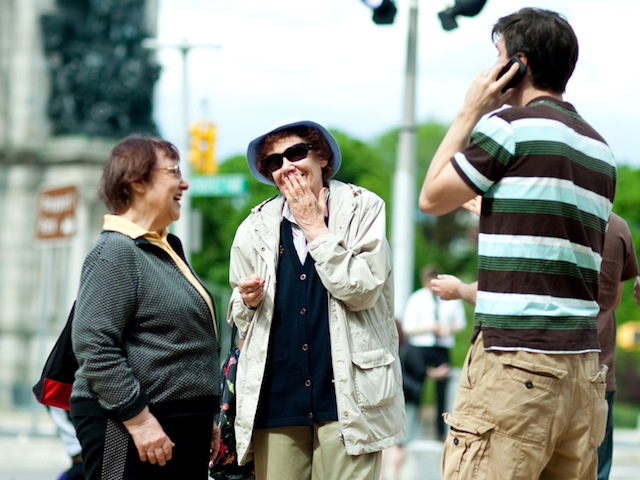 After noticing the other performers around them, they crack up 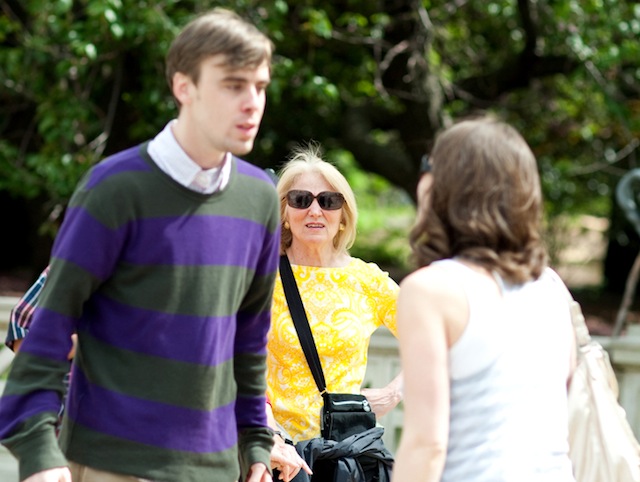 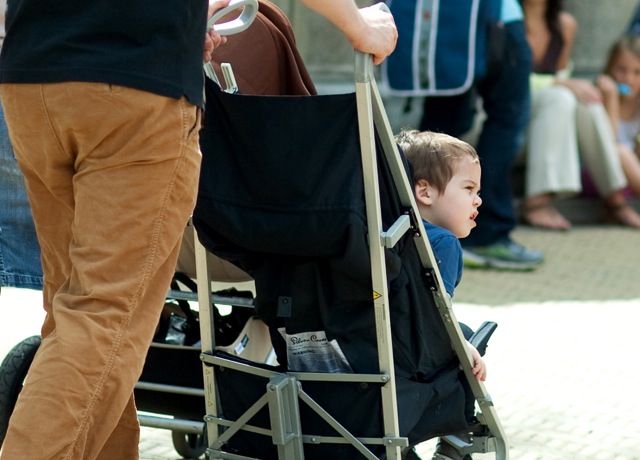 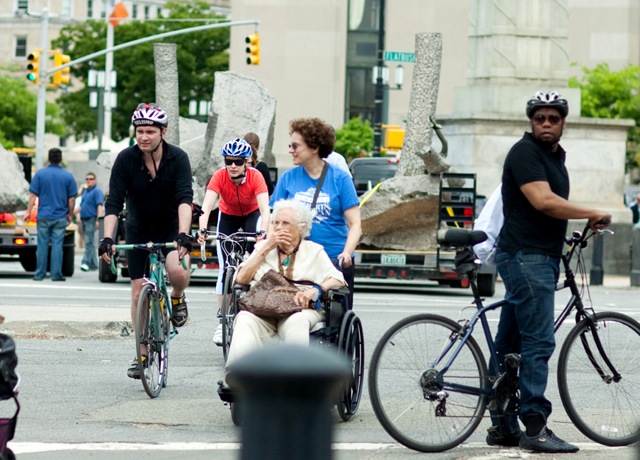 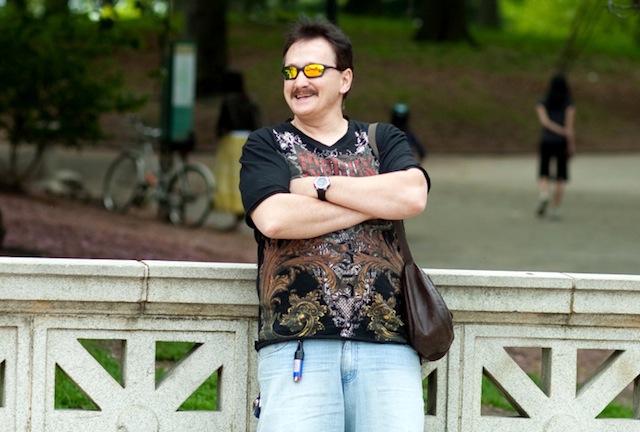 This guy loved it so much… 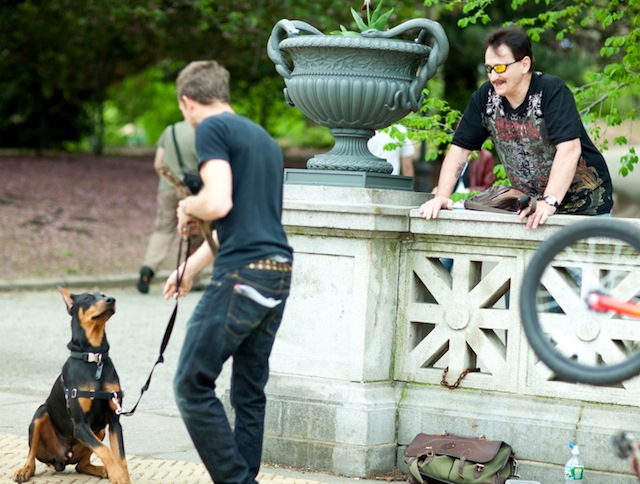 …that he stuck around almost the entire time 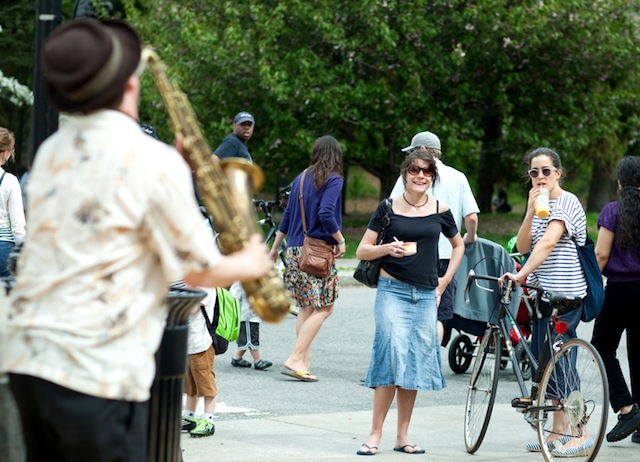 Reacting to the silent saxophone 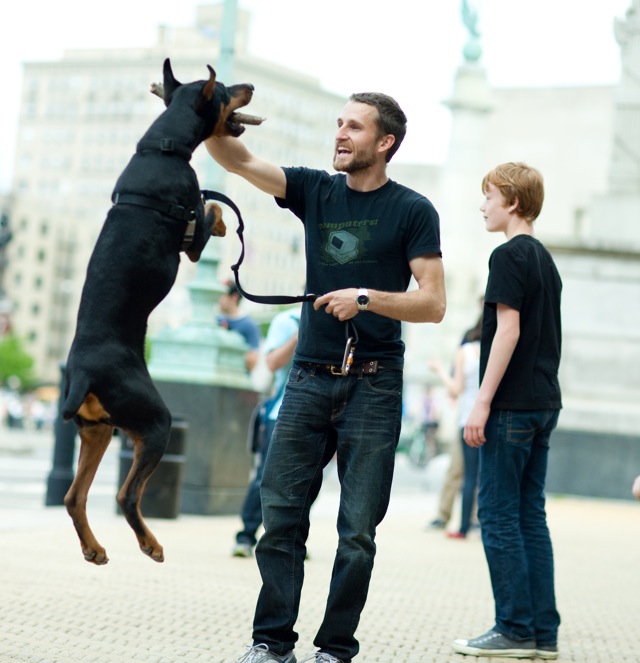 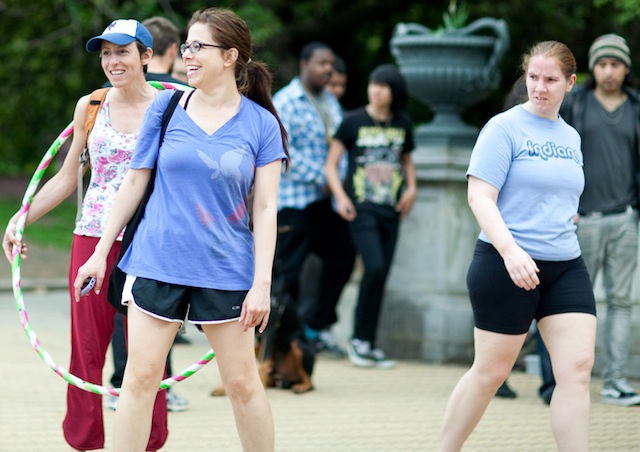 The moments when the group transitioned in and out of the mutes were the most interesting. It was completely jarring to hear the area suddenly go quiet and then suddenly come to life again. During the mute portions, many of the onlookers whispered to each other, not wanting to ruin the effect. 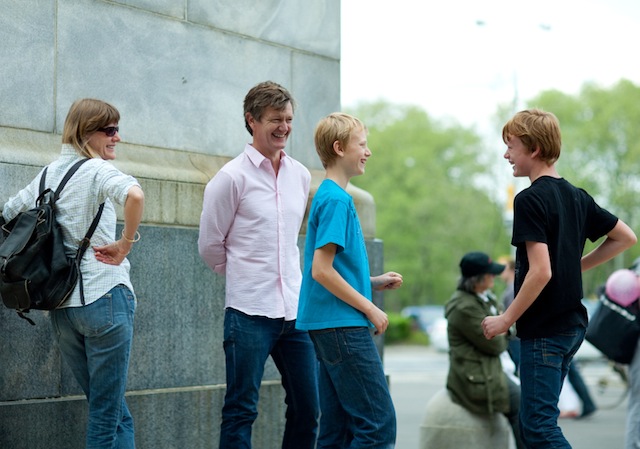 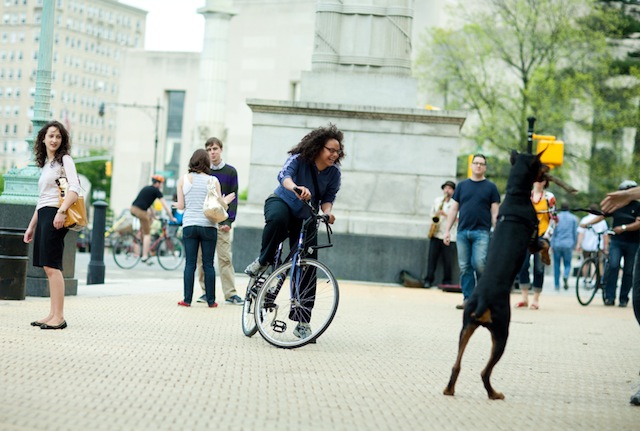 The mp3 track playing on the boombox was exactly 20 minutes long. The original plan was to do it once, and then regroup at our meeting point and discuss improvements for a second run. It ended up going so well right away that we never left. I had the break dancers just press play again after the first 20 minutes were up. In total, the performance lasted 45 minutes. The agents gradually walked away in different directions at the end of the piece. 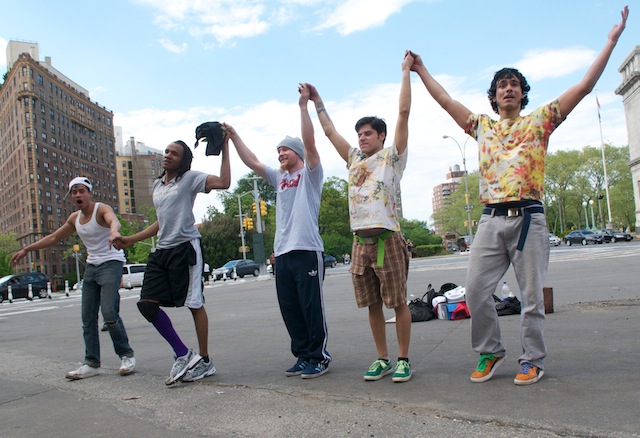 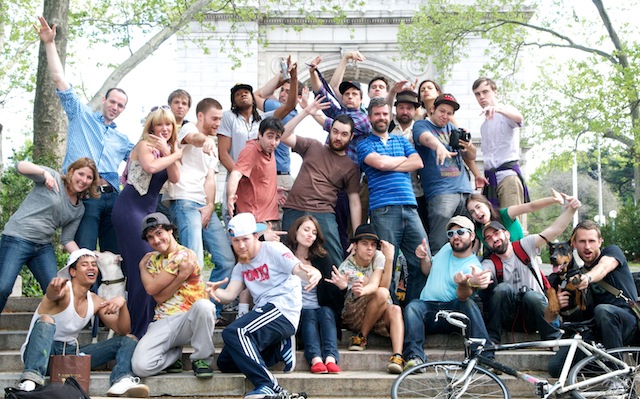 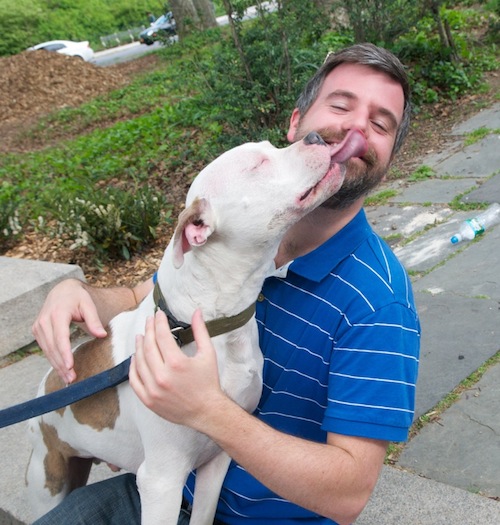