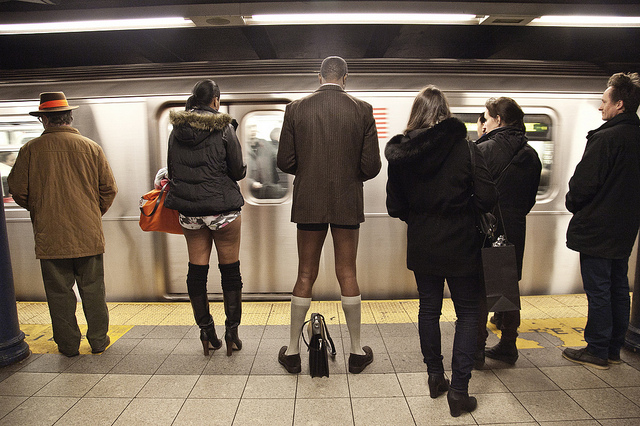 The 14th Annual No Pants Subway Ride took place today in New York in chilly 32 degree weather. Over 4,000 riders met at meeting points spread out all over the city and converged on Union Square. The event also happened in in 60 cities in over 25 countries around the world. Thanks so much to all who participated! Leave a comment and let us know how it went for you.

The official video should be ready very soon. Subscribe on YouTube to be sure you see it.

Check out the complete history of The No Pants Subway Ride. 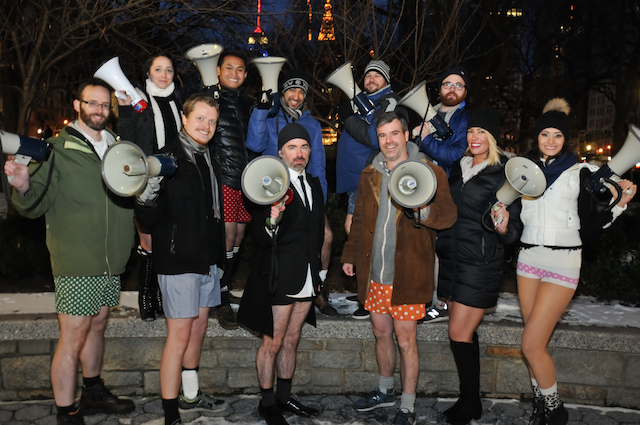