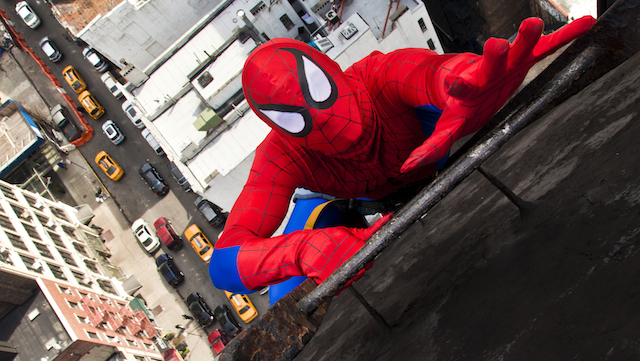 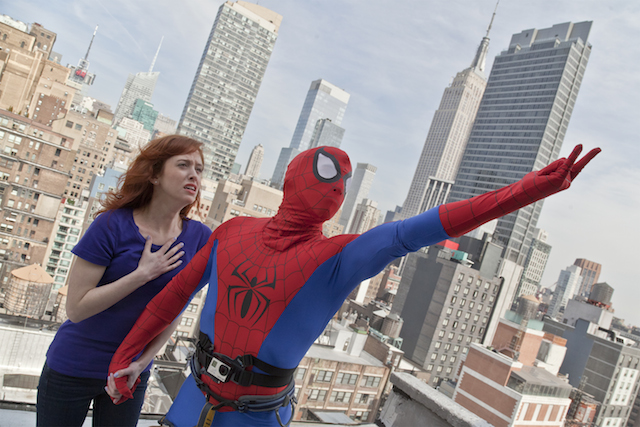 If you haven’t figured it out by now, the Spider-Man In Real Life mission was our annual April Fool’s hoax. We did not actually have an actor in a Spider-Man costume jump off a 20-story building and land on a busy New York City sidewalk. While it would be awesome, there is no way to pull that off safely without a closed set. 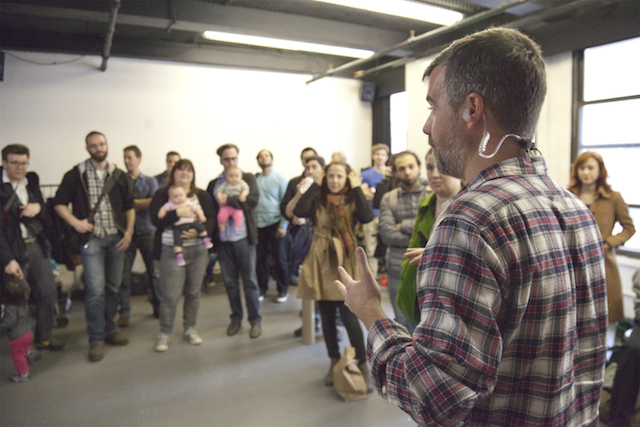 We recruited some veteran Improv Everywhere agents to be members of the crowd, reacting to the jump that wasn’t actually happening. 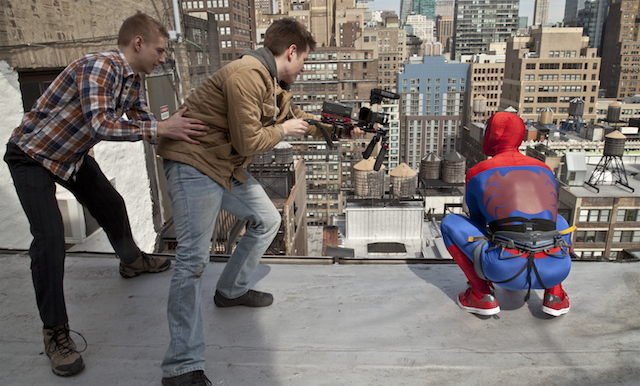 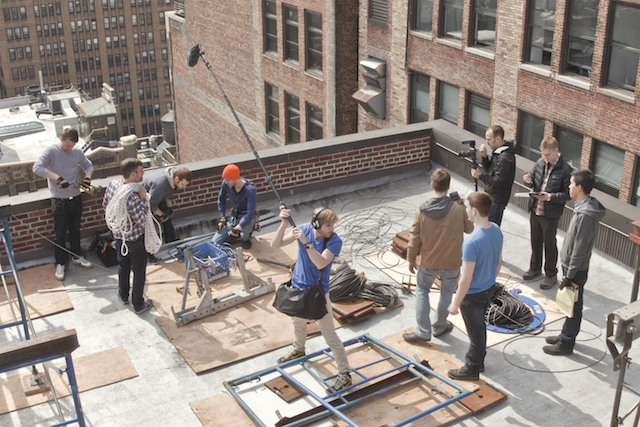 We did have access to a roof, but we didn’t build a crane. A crane was already up there for a construction project, and we brought some extra tools and ropes to make it look like it was our project in the video. 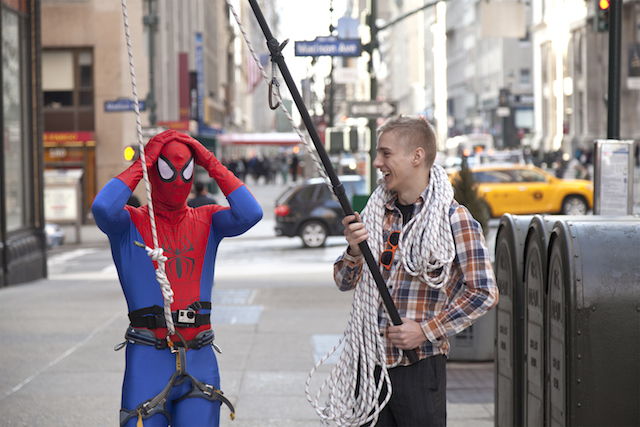 Agent Ilya Smelansky coordinated the visual effects for this project. Here he is flying in Spider-Man with his “fishing pole.” 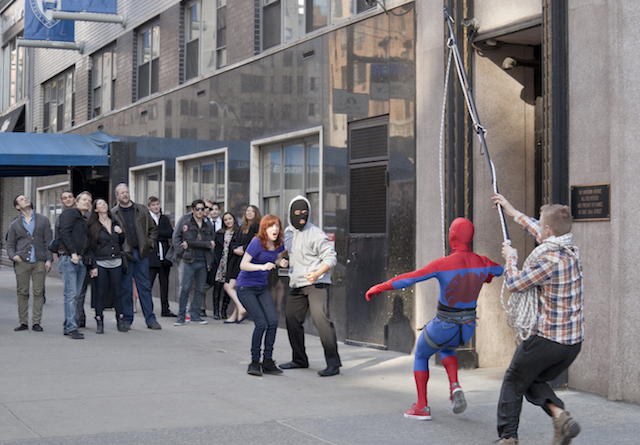 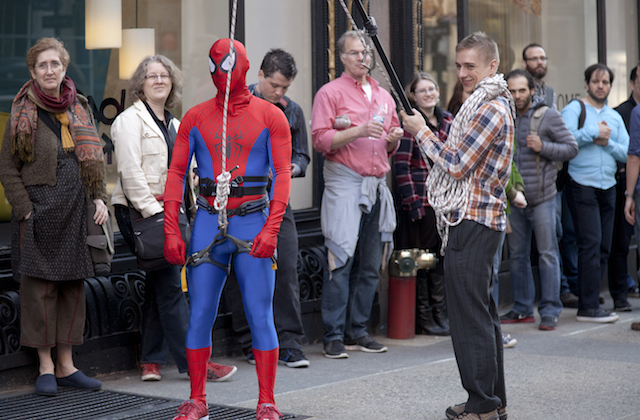 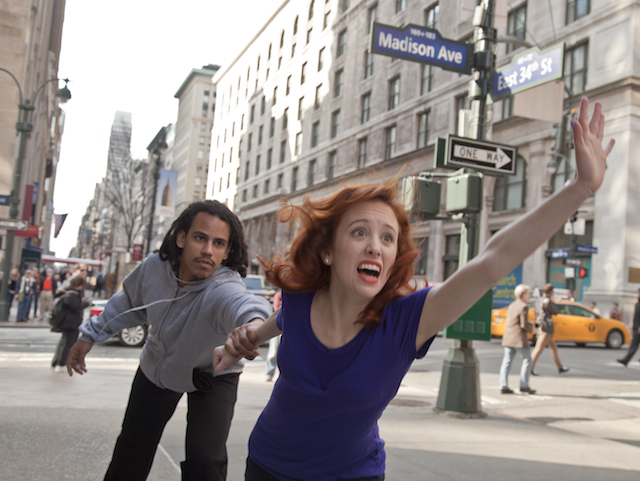 We would never stage a fake kidnapping on a busy street. Whenever our actor Aaron had his ski mask on, we had a camera crew surrounding him, making it clear to everyone around that it was a video shoot. (Which is why no New Yorkers attempted to help Mary Jane.) 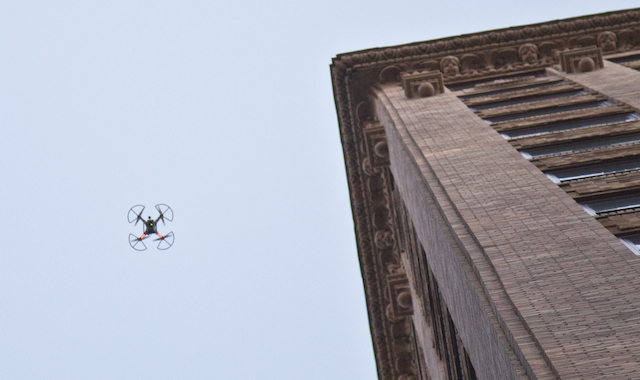 We used a DJI Phantom drone to film aerial shots from Spider-Man’s perspective. 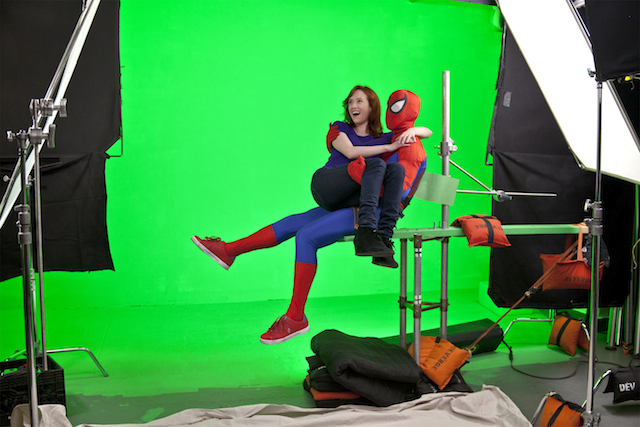 All of the effects shot were coordinated with a green screen in the Deverge studio.

Check out our other recent April Fool’s hoaxes: Reverse Times Square and Quadruplets. And check out our (real) series, Movies In Real Life.

Check out all of the photos from our photographer Arin Sang-urai.