For our latest mission, we brought Spider-Man to life by having a stunt performer in costume jump off a 20-story building in Midtown Manhattan, surprising the random New Yorkers on the street below.

This project is part of our ongoing series, Movies in Real Life. Enjoy the video first and then go behind the scenes with our mission report and photos below.

UPDATE: There is a very important update to this project that you should read after you’ve seen the video. 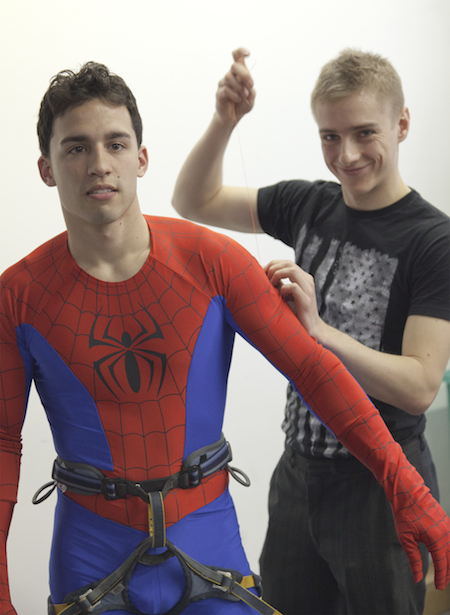 Agent Ilya Smelansky works on Agent Richie Rodriguez’s costume
After taking a few months off from our Movies In Real Life series, we knew that if we were going to do a new episode, we had to go big. Who better than Spider-Man to take it to the next level? He’s a quintessential New York hero. Having him literally fly into a city sidewalk would be just the type of chaos and joy we are known for.

We worked with parkour and stunt performer Richie Rodriguez, who is no stranger to these types of jumps. We also partnered with the Brooklyn Climbers Association and had some of their trained professionals on board to oversee the safety of the stunt. We were confident this was something we could pull off safely, but there were many x-factors. We had no permission or permit for any of this. Our team found a building under construction on 34th Street that gave us easy roof access. We were able to sneak up our equipment over the course of three weekends. 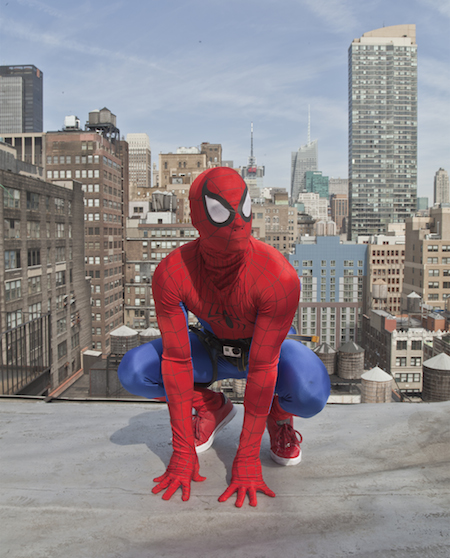 Agent Rodriguez on the roof 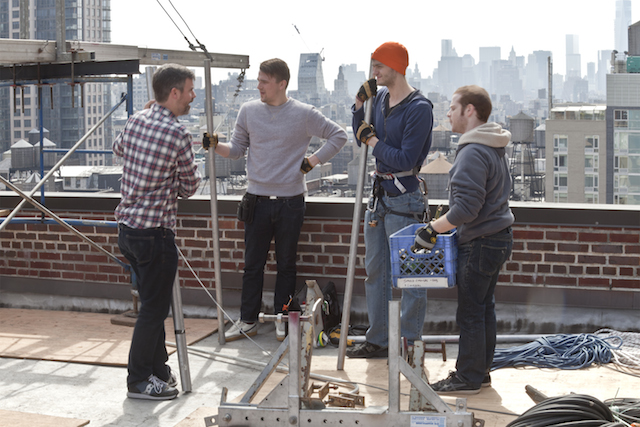 Creative meeting with the stunt crew
We had to worry not only about the safety of our performers, but also the safety of the random New Yorkers who would be walking on the sidewalk. We had to time the jump just right so no one below would be knocked over by Spider-Man. 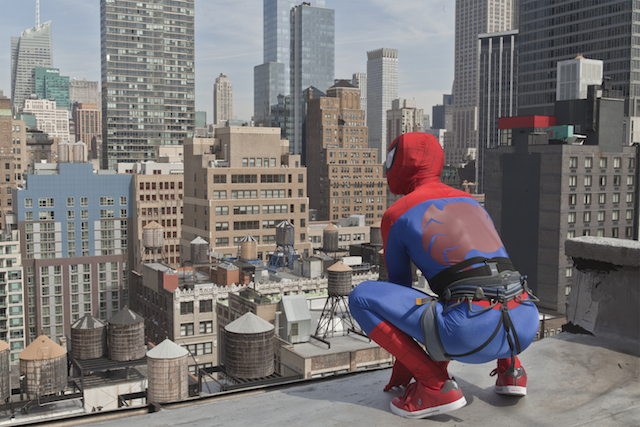 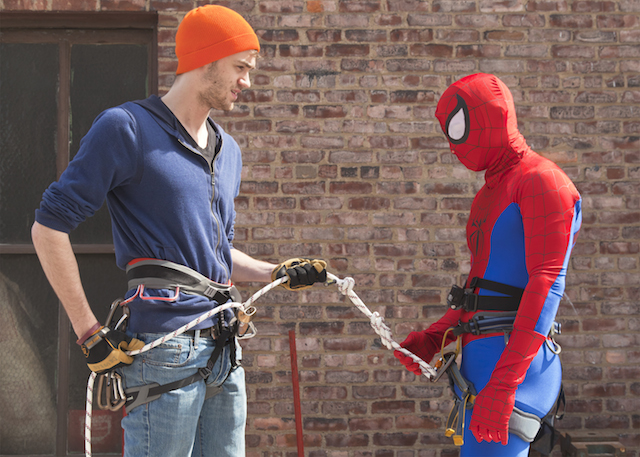 Our stunt was essentially a huge rope swing. Our crane system was constructed on one end of the building. Spider-Man, connected to the crane via rope and harness, would jump from the other end of the building, basically swinging down. A crank system would be used to get Spider-Man and Mary Jane back up at the end of the mission. 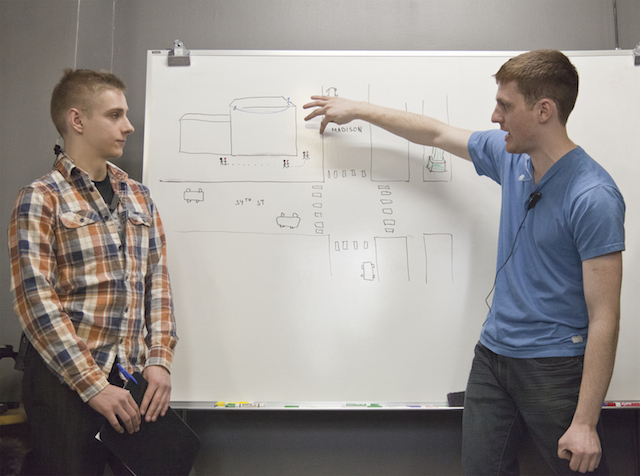 Agent Andrew Soltys goes over a crude mockup of our setup 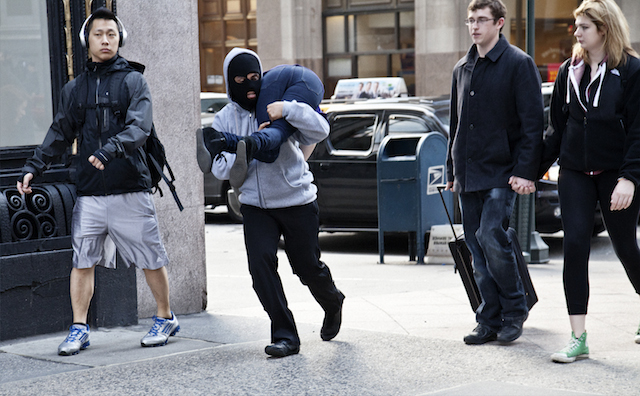 To kick the mission off, Agent Aaron Anaya donned a ski mask and “kidnapped” Agent Lauren Ireland, playing Mary Jane Watson. This action was staged in a cartoonish, comic-book style so that the real New Yorkers on the street wouldn’t be too concerned. Although a ski mask is pretty intimidating no matter how you play it. Heads definitely turned. 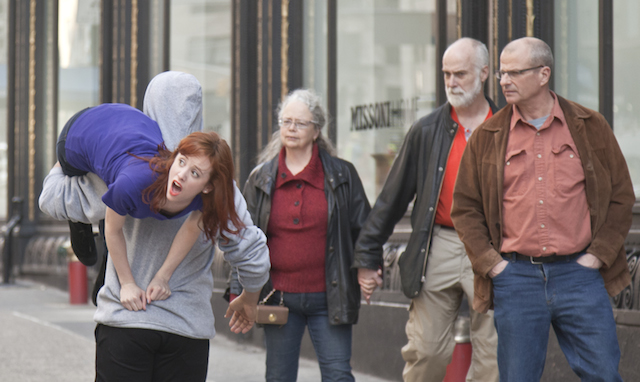 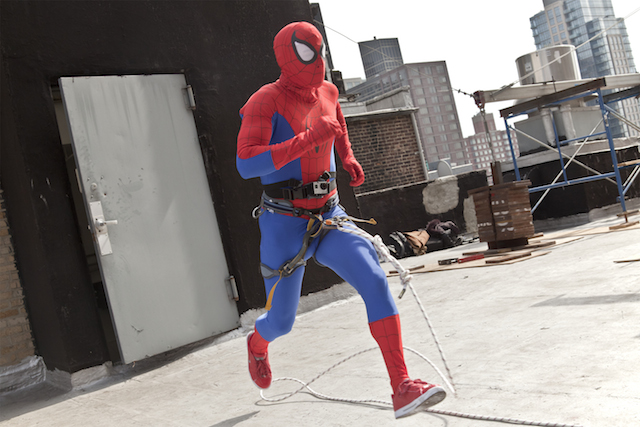 Once the bad guy and Mary Jane hit their mark, it was time for Spider-Man to appear on the roof. Agent Rodriguez sat perched on the ledge for about a minute, giving time for a crowd to form as people stopped and looked up. When he was ready, he walked back from the ledge and prepared to make his run and jump. 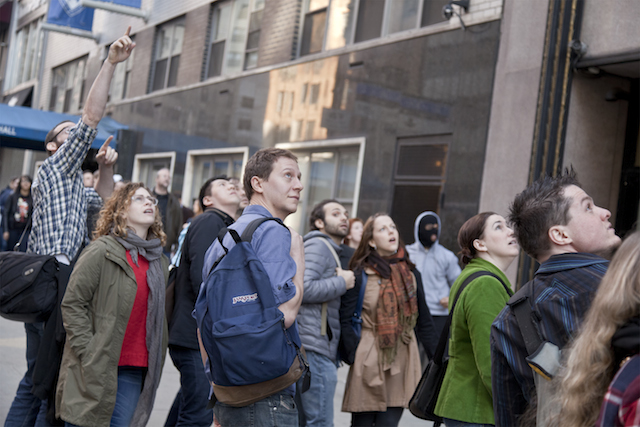 A crowd begins to form 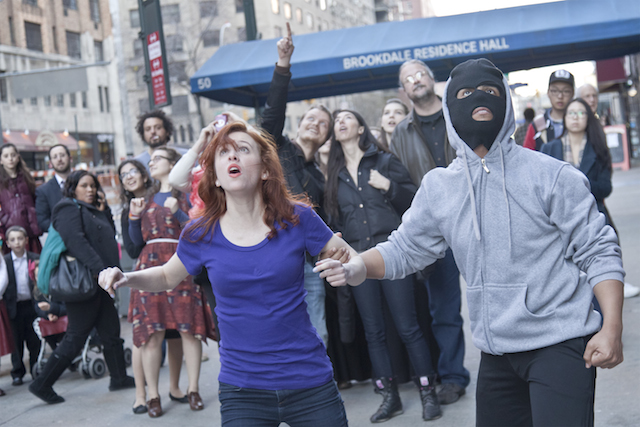 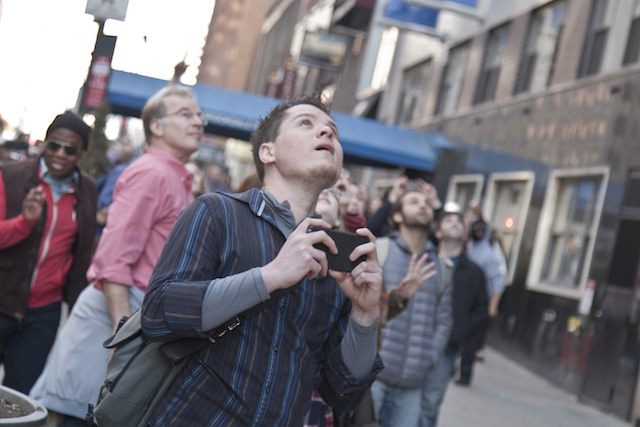 Right before the jump 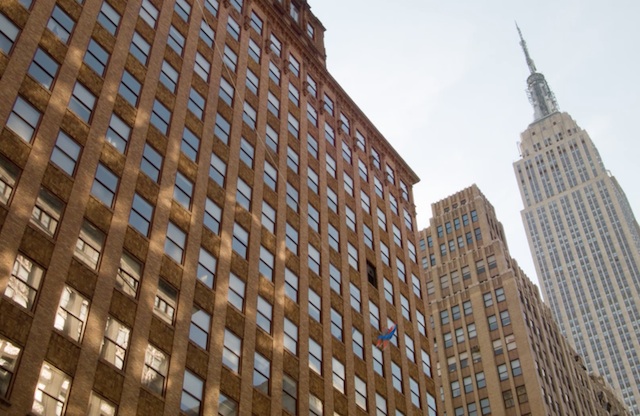 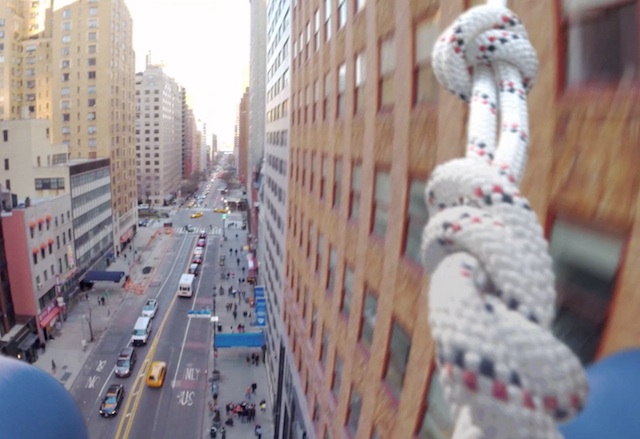 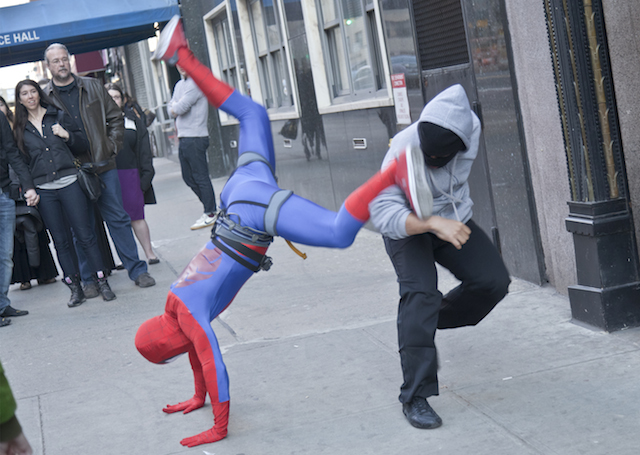 After Spider-Man landed, he unhooked himself from the rope swing, and engaged in some fight choreography with the villain. Both actors knew parkour, so the fight was super fun to watch. 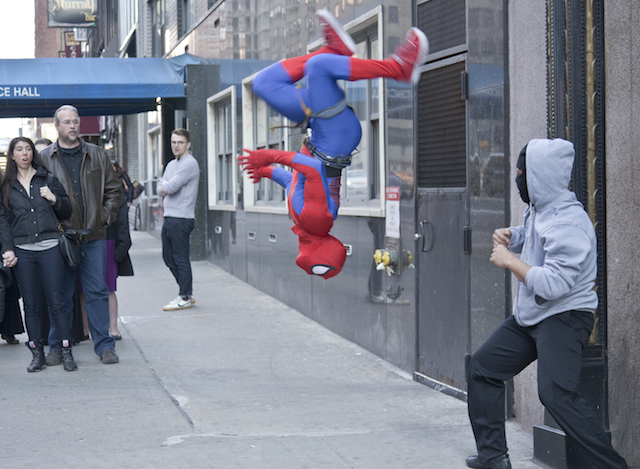 Spider-Man defeated the villian, rescued Mary Jane, and saved the day! Using the rope swing system, Spider-Man and Mary Jane were quickly hoisted off of the street and back to a rooftop. Everyone on the street was left to wonder what the hell just happened. 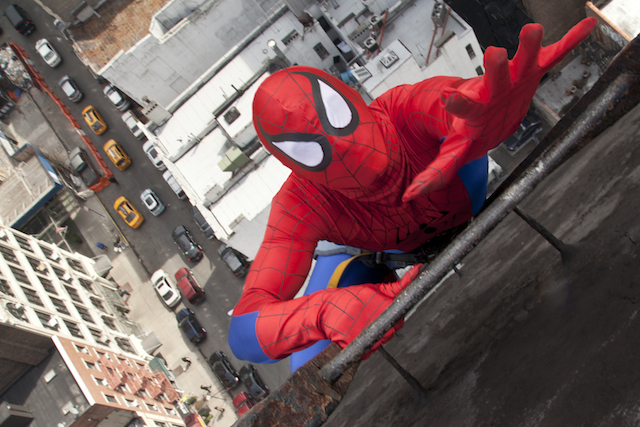