For our latest mission, we recreated the famous “triple dog dare” scene from A Christmas Story on an NYC subway car. Instead of licking a flagpole, our character licked a subway pole. Using a prosthetic tongue with a magnet inside, we were able to get his tongue to appear stuck to the pole, much to the surprise of New Yorkers on the train.

This project is the last installment in our 10-part fall series, Movies in Real Life. We hope to make more in the future!

Here is a behind-the-scenes look at how we put this project together, including interviews with the kids: 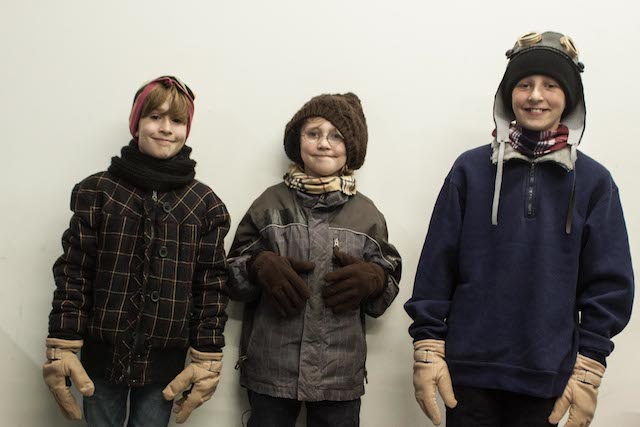 Sebastian Thomas (11), Milo Delaney (10), Josh Caggiano (13)
It was fun to stage a mission with such a young cast. Of course you’ll remember Agent Sebastian Thomas from our recent Harry Potter In Real Life mission as well as our Mall Santa Musical a couple of years back. 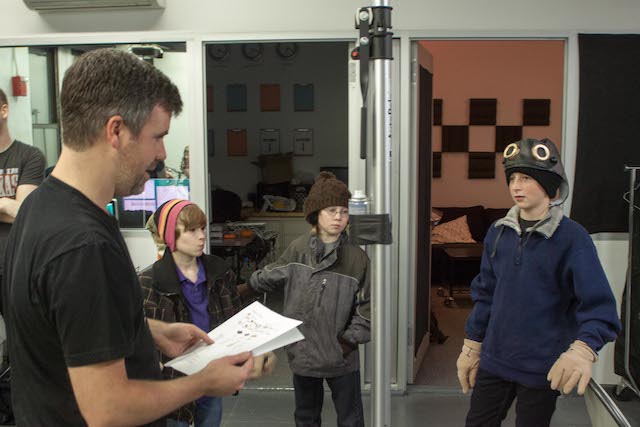 Rehearsing with the cast 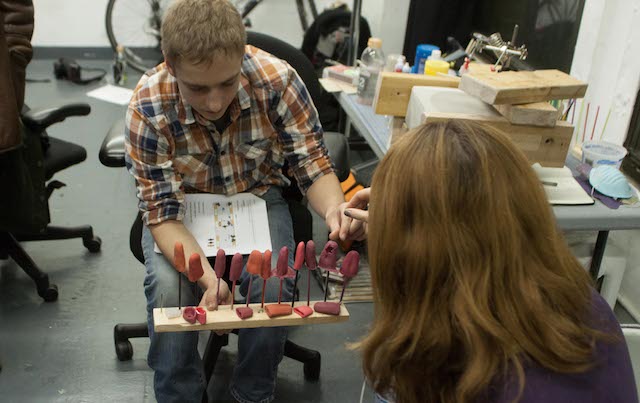 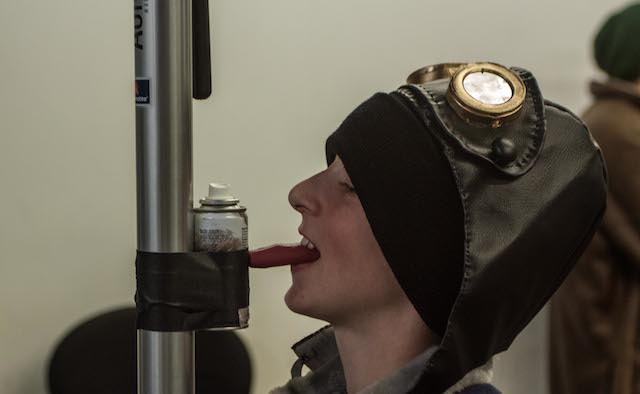 Agent Caggiano testing our his tongue
After some rehearsing, we headed over to the 1 train. We usually avoid the 1 train for Improv Everywhere missions because the lighting is poor, but it’s one of the few trains that has magnetic poles! The poles in the newer trains are stainless steel and not magnetic. 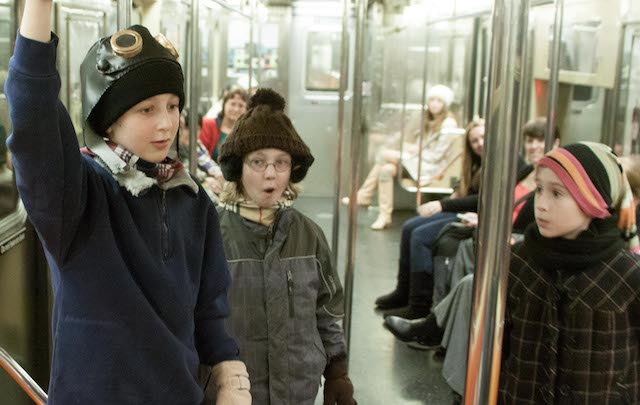 Once we had our hidden cameras set up, the kids entered the train car and began their scene. 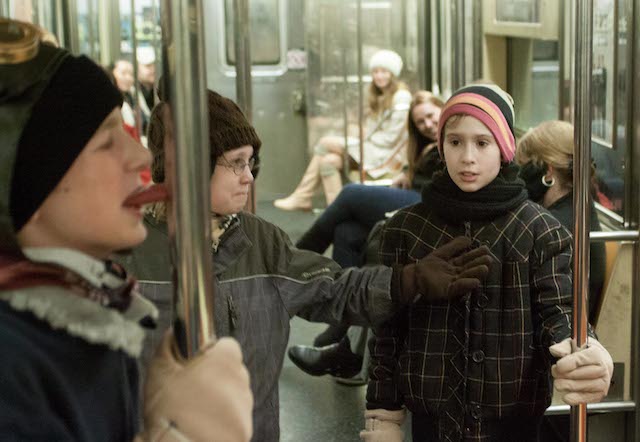 Agent Caggiano hid his prosthetic tongue in his hand and swapped it out for his real tongue at the last second. 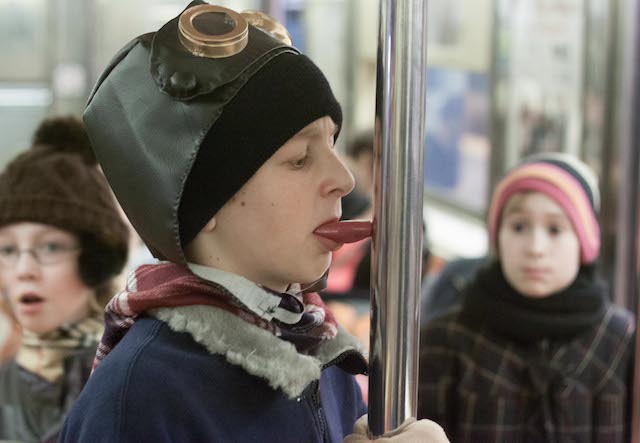 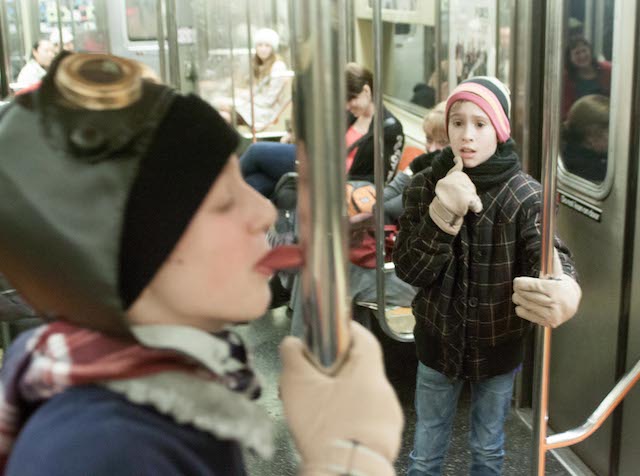 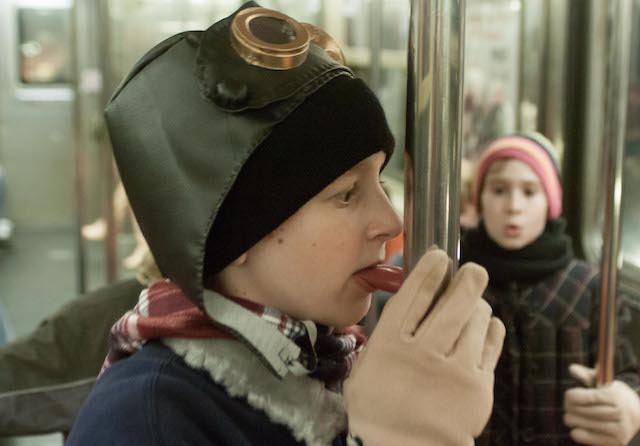 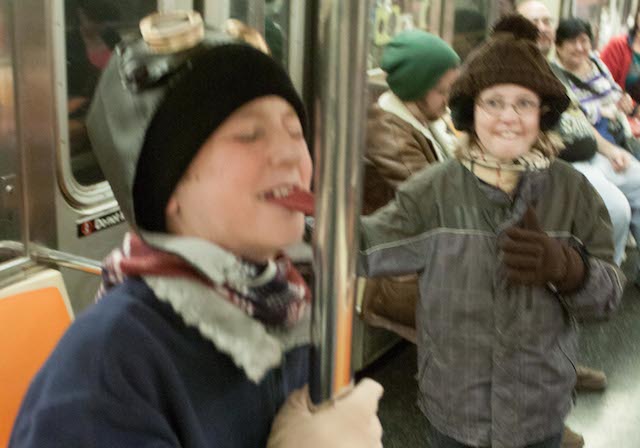 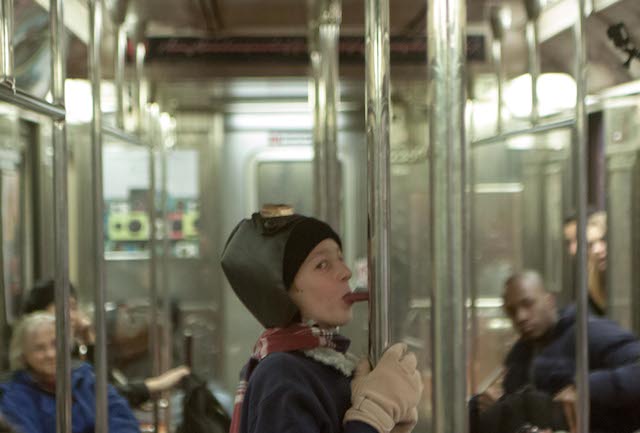 It was fun watching the reactions of the random people on the train, especially when the doors would open at a new stop and new people would enter the car. 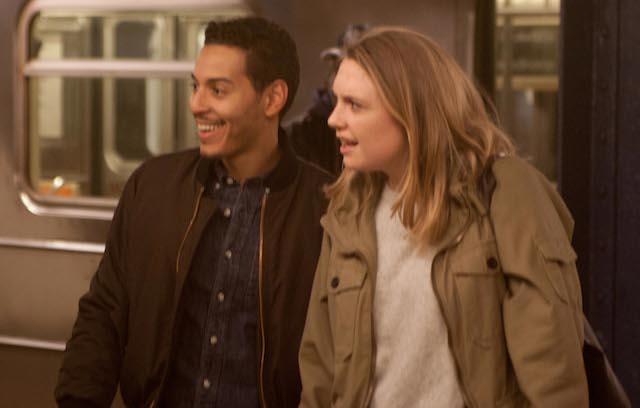 A couple watching from the platform at a stop 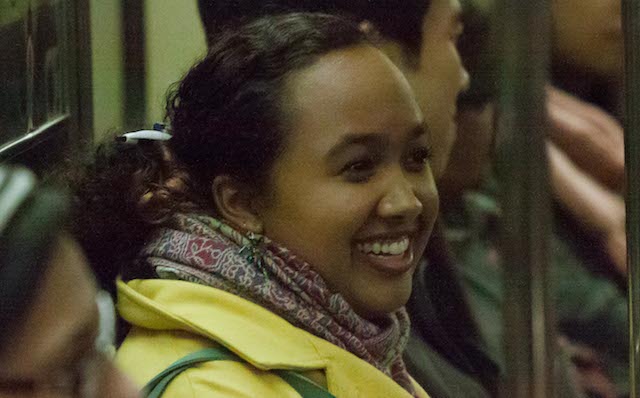 Most people realized it was a scene and that it was supposed to be funny. The actual licking was often met with shock and surprise, but once people realized the tongue was stuck, it was clear that something fun was going on. 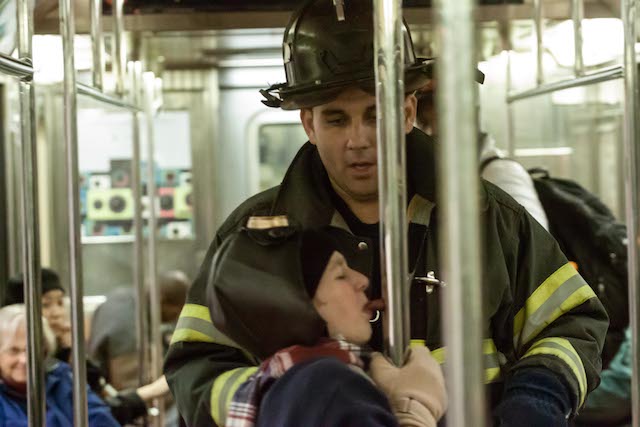 At the end of the scene we had Agent Jarrett Kotarski enter the car in full fireman gear. Jarrett is an actual New York City Fireman as well as an improviser in the New York improv scene. He was able to get the tongue unstuck and save the day. We staged this several times over the course of the evening and the finale always got a nice round of applause. A fun Christmas moment!

Thanks for watching our Movies In Real Life series and stay tuned for more Improv Everywhere projects in the new year. Happy Holidays everyone!