For our latest mission we staged the iconic “I am Spartacus!” scene from Spartacus in a Manhattan Starbucks. I ordered a drink and gave the name “Spartacus.” When the barista called the name, a group of 20 men stood up one-by-one proclaiming to be Spartacus. The real punchline arrived at the end, when a man dressed as a Roman slave arrived to claim the beverage. The scene was produced without the knowledge of the Starbucks.

Here’s a behind-the-scenes look at our rehearsal: 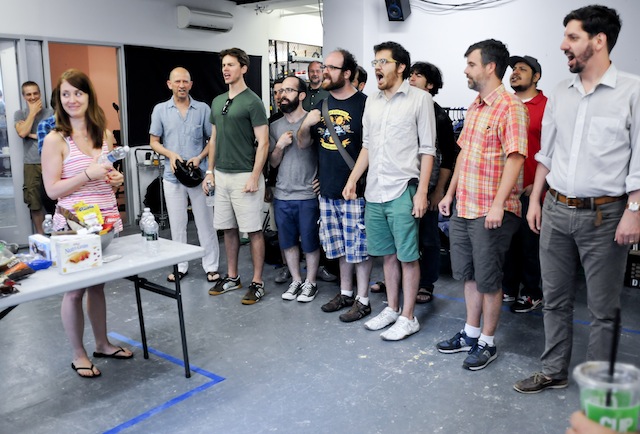 We set up a mock layout of the Starbucks in the Deverge production office and rehearsed the sequence a few times. 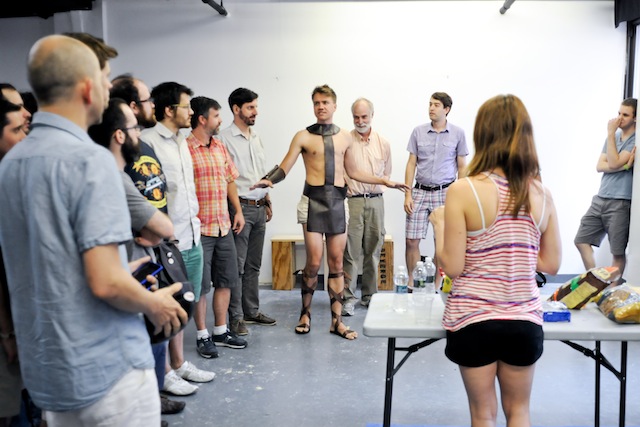 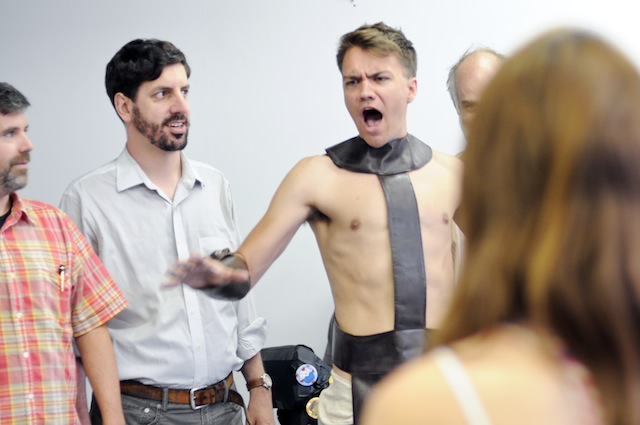 It’s very difficult to film in a corporate chain store like this. Generally there is a no filming policy, and very little tolerance for violators. We built a couple of special hidden camera rigs using Go Pros and Starbucks products. 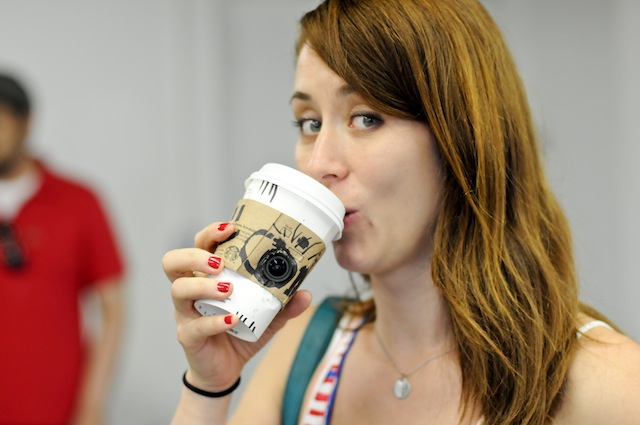 Agent Cody Lindquist filmed out of a cup
We’ve staged a couple of projects in Starbucks over the years. Most notably our Moebius “time loop” project from 2003. In 2008 we staged our Mobile Desktop prank in the very same Starbucks we used for this project. 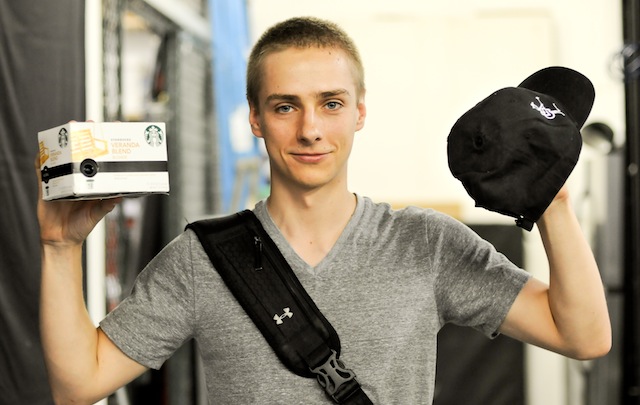 Agent Ilya Smelansky with some rigs he custom built
The most terrifying thing about staging this was that the entire project hinged on an employee not in on the joke giving the cue line. Baristas at Starbucks usually say the names on the drinks, but not always. We scouted a few Starbucks and observed the frequency of name-calling. We were pretty confident this one would call names, but disaster struck when the barista put the strawberry frappuccino on the counter without saying the name! It sat there for several minutes while I was sitting there sweating, hoping she’d eventually say it. 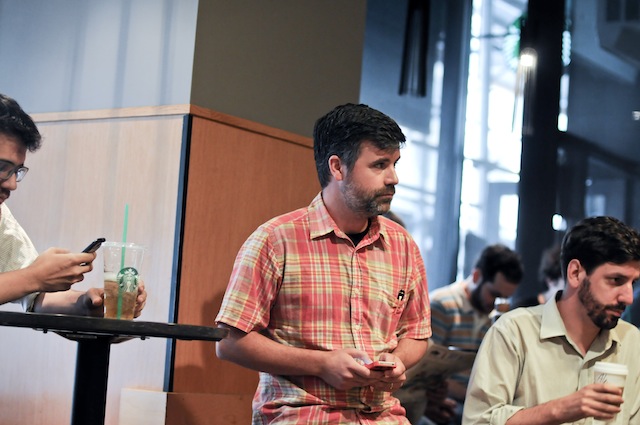 In the end I had to say, “Um, who is that drink for?” which thankfully prompted her to shout “Spartacus.” 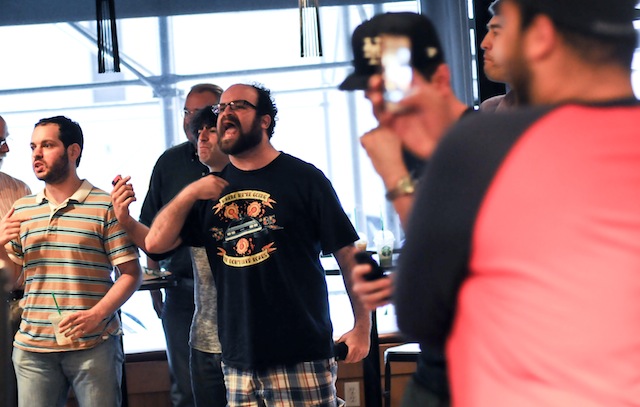 “I am Spartacus!”
Our undercover agents jumped into action and delivered the line in the order we rehearsed. We tried to have the scene build at the same pace as the film. One by one at first, and then a cacophony. 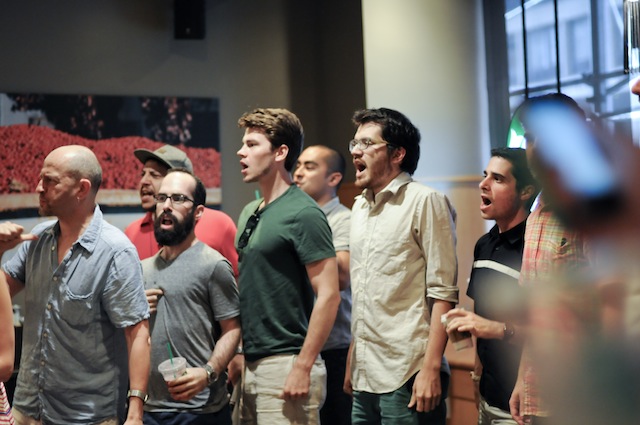 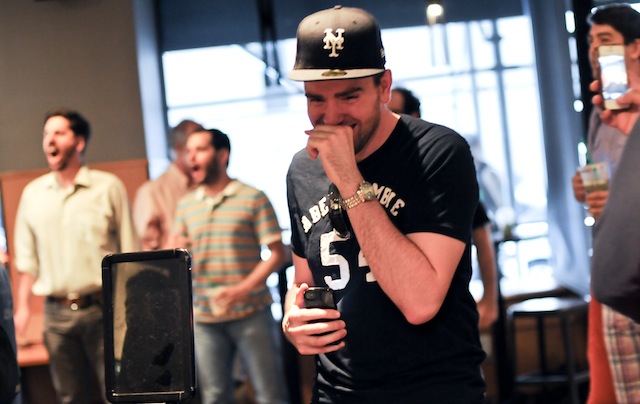 A customer laughing
The Starbucks was small, so the audience was really just the staff and a handful of customers inside. We picked a not-that-busy time to stage this so our actors could successfully take over all the needed seats. Those few that saw it seemed to really enjoy it. I’ve always enjoyed orchestrating something ridiculously elaborate for a tiny audience of random people. 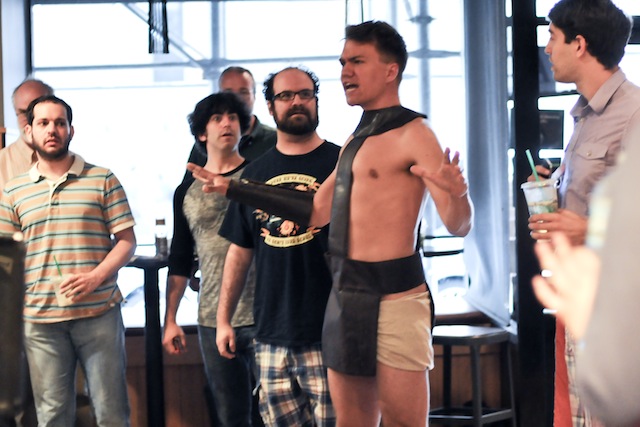 As the shouting reached a climax, Agent Matt Pavlovich entered in full Spartacus costume and yelled above us all, “I AM SPARTACUS!” 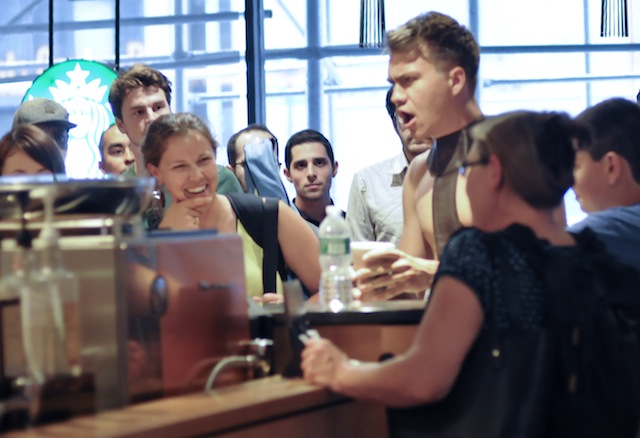 Agent Pavlovich claims his drink
This one was short and sweet, but it was lots of fun. I like that we staged something at this exact location five years ago. We better wait another five years before striking again so they forget about us. 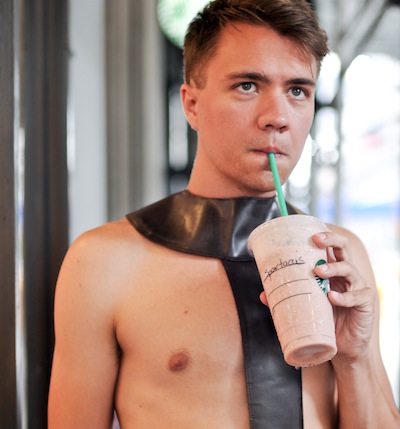