For our latest mission we brought the movie Back To The Future to life in a public plaza near the Met Life Clock Tower in Manhattan. A time traveling Delorean suddenly appeared, and Doctor Emmett Brown leaped from the vehicle to warn Marty McFly and Jennifer Parker that they were about to see themselves from ten minutes in the future, the consequences of which could be disastrous. Moments later a second Marty and Jennifer (played by identical twin actors) arrived on the scene.

Here’s a behind-the-scenes video that shows how we actually created a real time loop by doing the prank several times in a row: 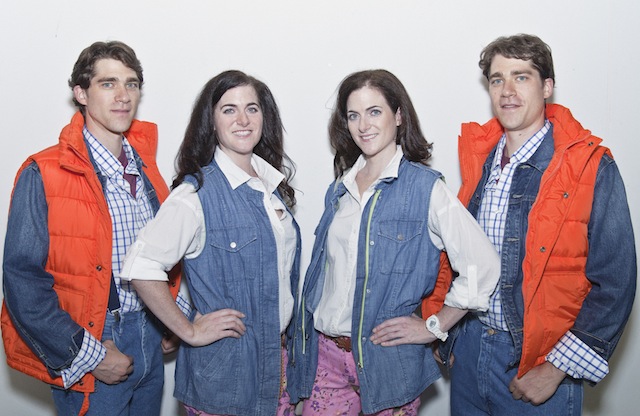 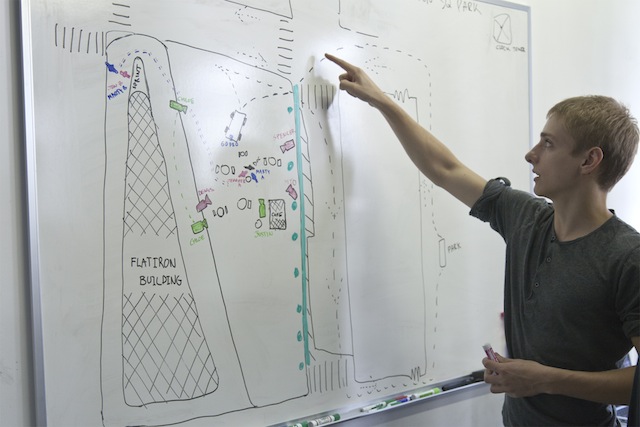 Agent Ilya Smelansky goes over the plan for the day 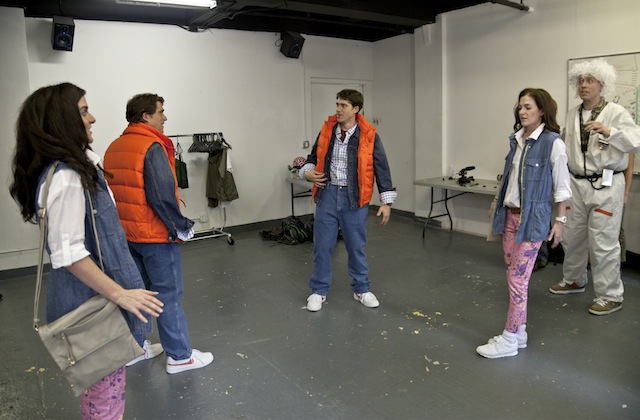 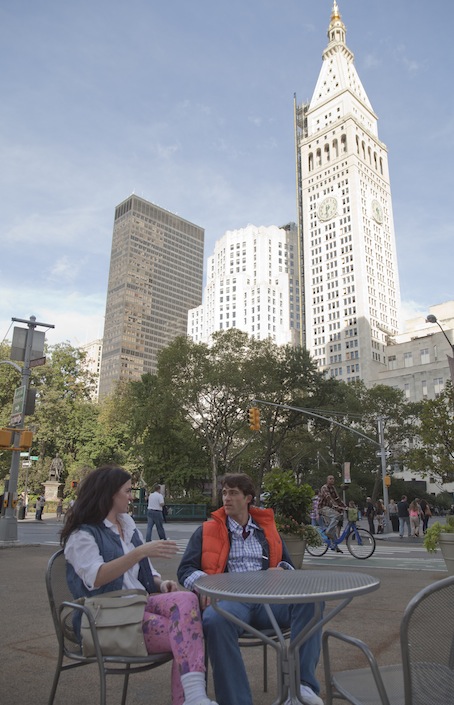 The mission started with Marty and Jennifer sitting casually at a table together near the clock tower. 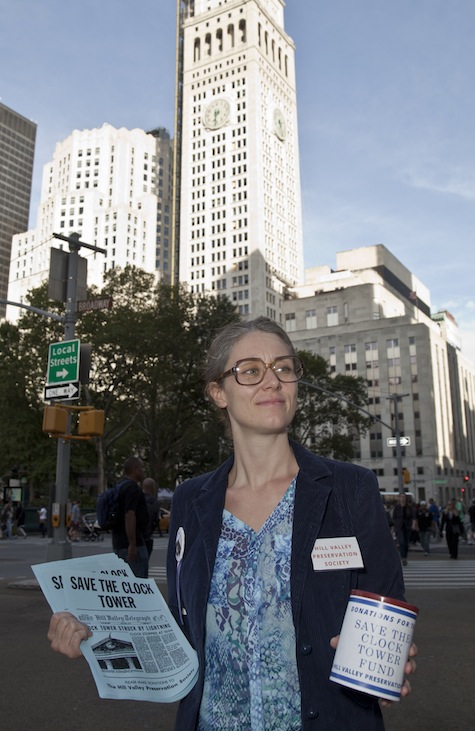 Agent Cody Lindquist played the Clock Tower Lady. She walked around the plaza asking strangers for donations to Clock Tower Fund and handed out flyers. Surprisingly she got a few donations from random people. 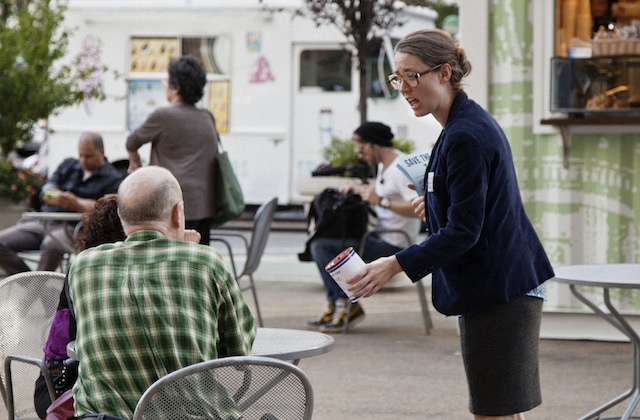 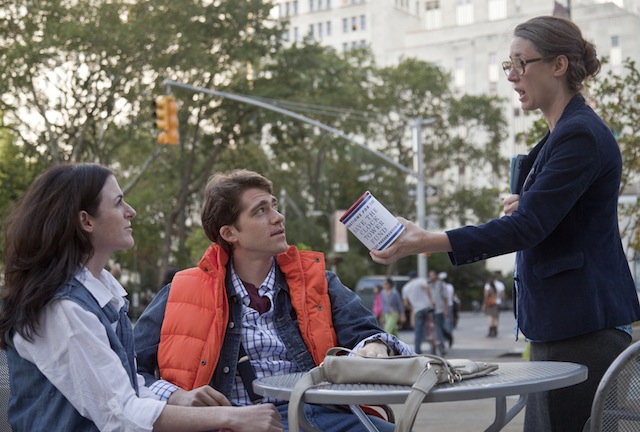 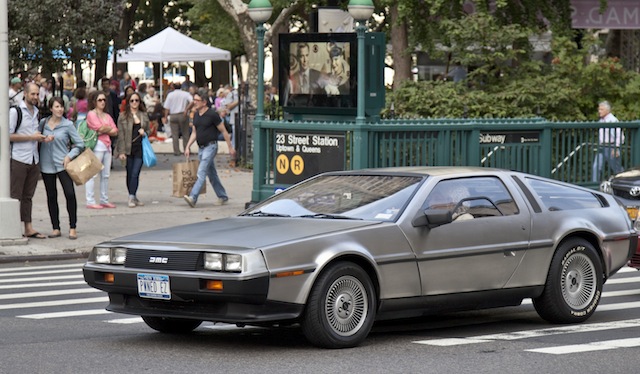 Agent Terry Withers played Doc Brown and had the difficult job of driving the Delorean into a public plaza. We found Delorean owner Bob Collick on Craigslist. He had the car up for sale and we hired him to bring it in to the city from Long Island for the afternoon. 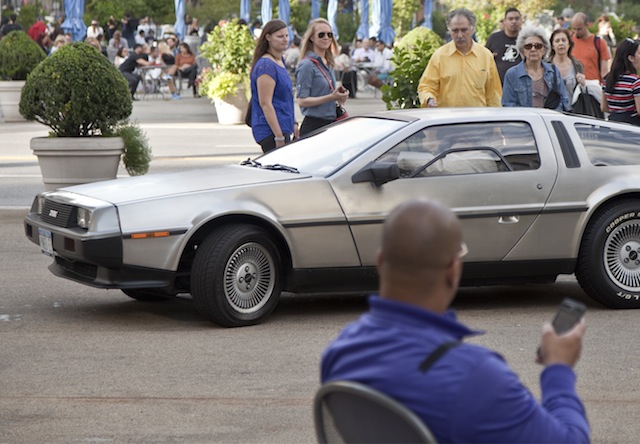 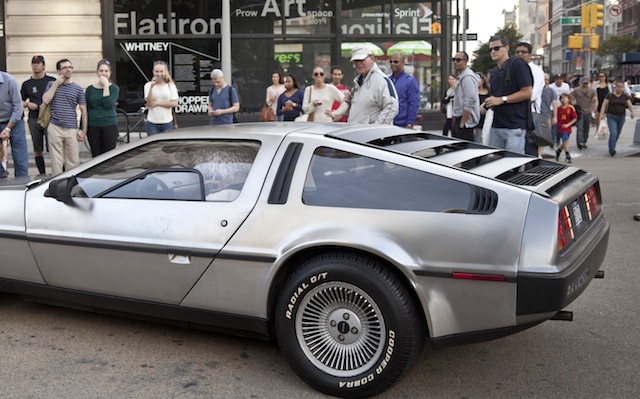 A crowd started forming as soon as the Delorean arrived. 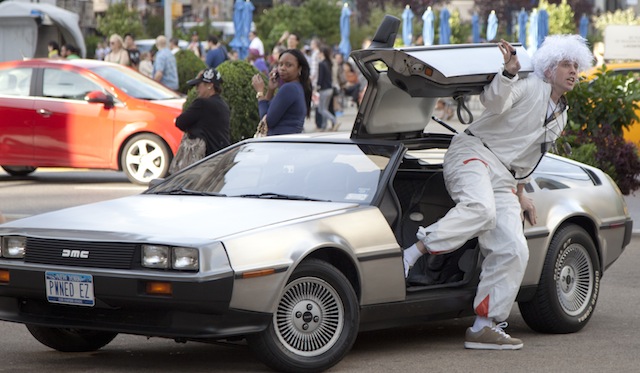 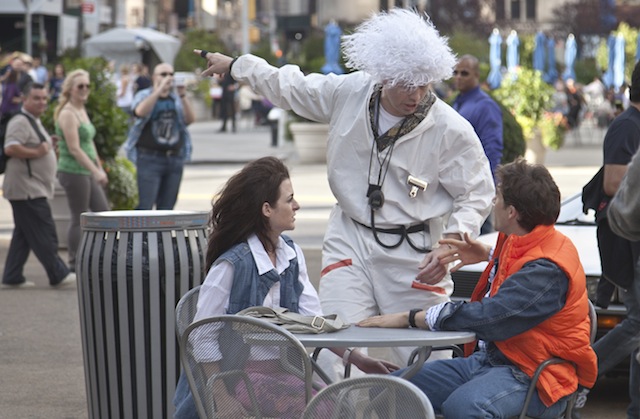 Doc warns Marty and Jennifer that they are about to see themselves from ten minutes in the future! 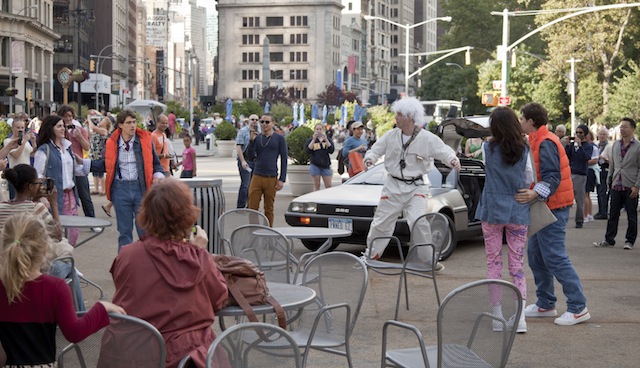 The second set of Marty and Jennifer twins were hiding behind the Flatiron building, waiting for their cue to enter the scene. The crowd gasped when the twins appeared. 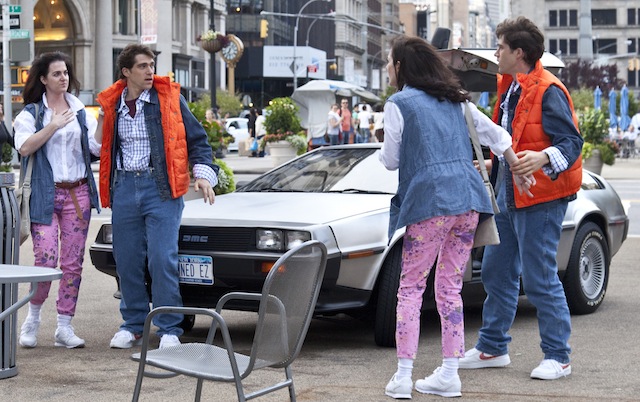 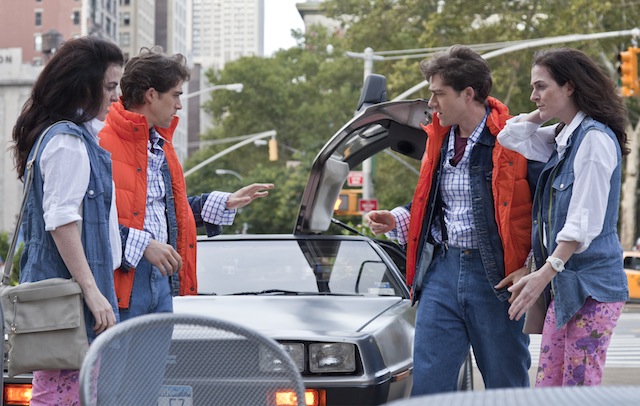 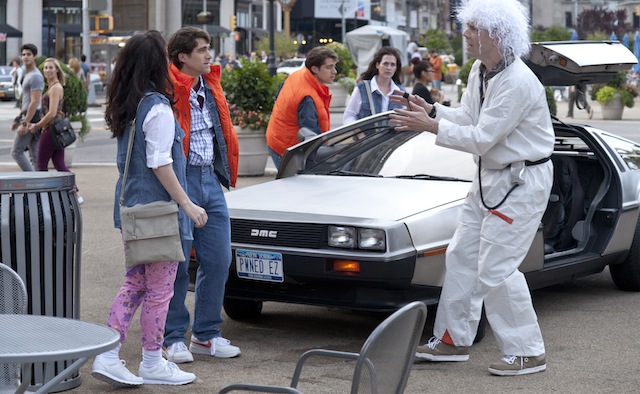 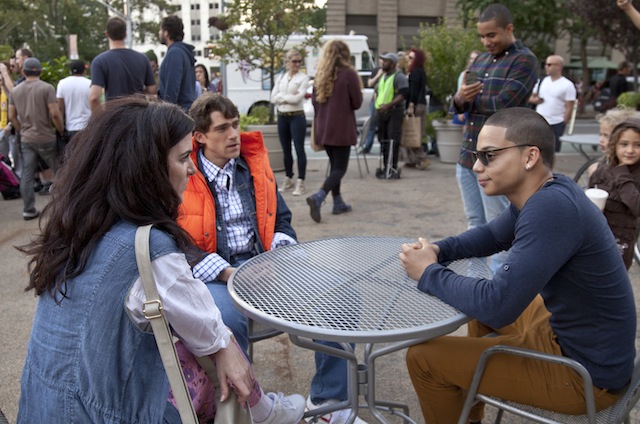 This left the future Marty and Jennifer by themselves at the same table where their siblings started the mission. A few random people sat down with them, trying find out what was going on, but Marty and Jennifer wouldn’t break character. We staged the mission three consecutive times, with about 20 minutes in between each performance. Fittingly, we created an actual time loop where the same thing kept happening! 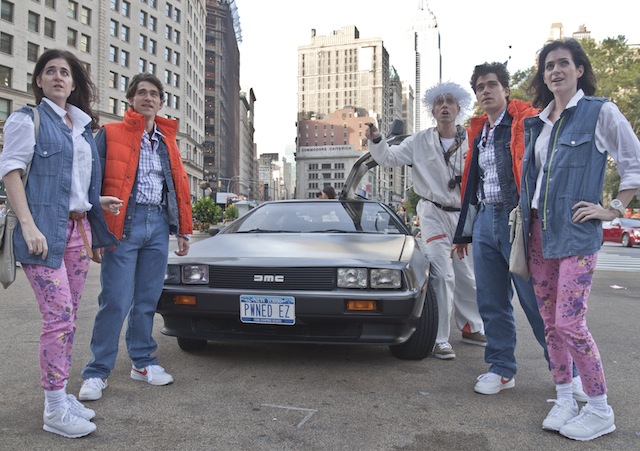 Watch the full series– all 10 episodes in one playlist: