For our latest mission we converted a New York City subway car into a “sleeper car,” giving New Yorkers the chance to rest their heads during a late night commute. We set up three beds, each outfitted with a comforter, pillow, and sheets. Pajamas, sleep masks, and earplugs were also provided as part of this unauthorized free service. The project took place on the above-ground N train in Astoria, Queens around midnight on a Sunday evening.

The Sleeper Car was produced by Improv Everywhere as part of the Guggenheim Museum exhibition stillspotting nyc. This is our third collaboration in the series, the others being The Mute Button and Say Something Nice. 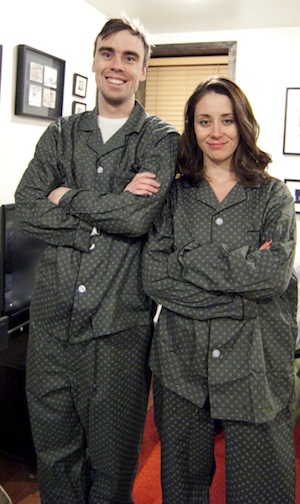 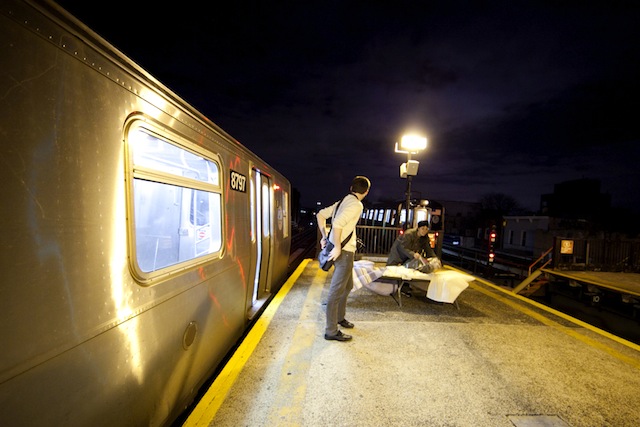 Assembling the beds on the outdoor platform in Astoria 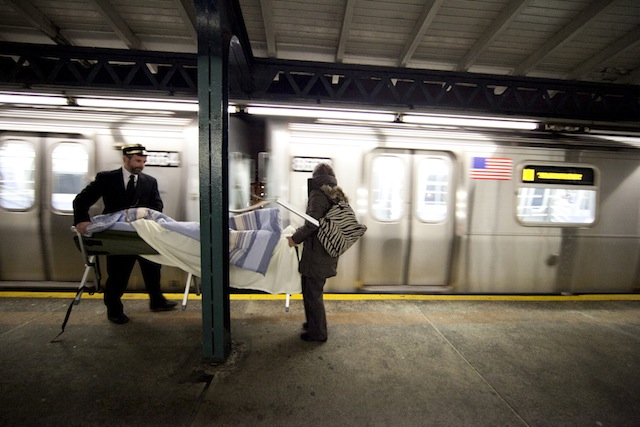 We got started pretty late on a Sunday evening. I wanted to stage this project at a time when the subway would be mostly empty. The beds were pretty huge, and this would not work on a crowded car. Thematically it also made sense to stage it late at night when passengers would likely be tired. I used to live out in Astoria, and I can remember wanting to doze off on many late night commutes. 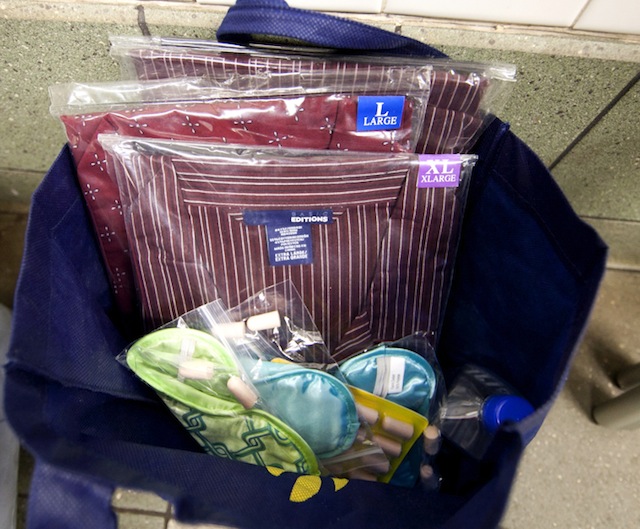 I played the conductor and carried a bag of “amenities” for any passenger that needed them. 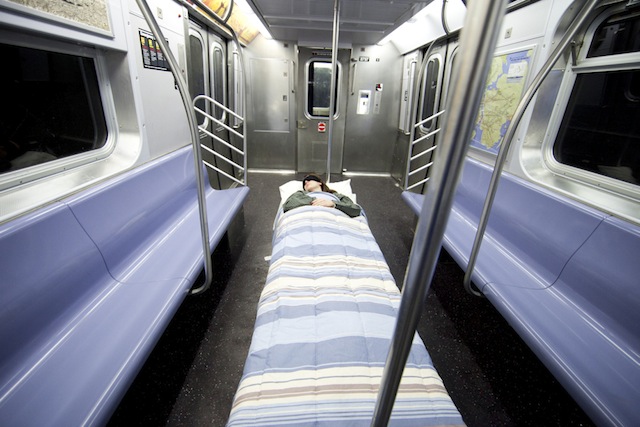 The train was completely empty when we first boarded and set everything up. Agents Cassels and Lindquist were our “ringers.” Their job was to use the beds and pajamas as if it was a perfectly normal service. We had a third bed set up in hopes of getting random strangers to play along as well. 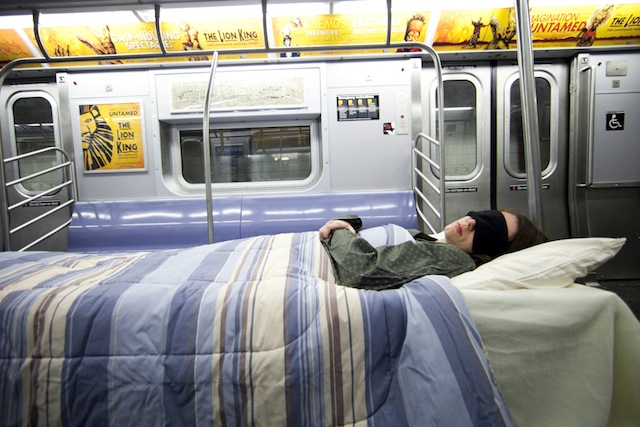 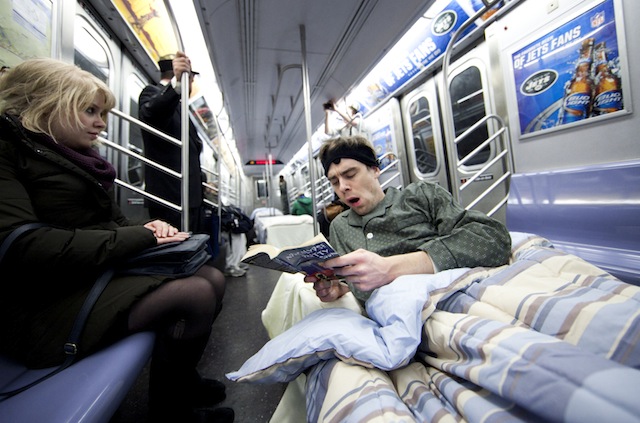 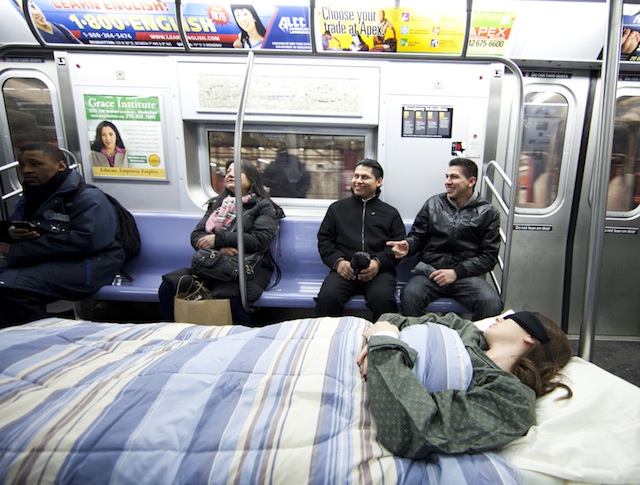 The car filled up pretty quickly. It was fun watching a new group of passengers enter at every stop and realize what was going on. Most folks laughed and took a seat by one of the beds. Many took out their phones to snap photos or video. 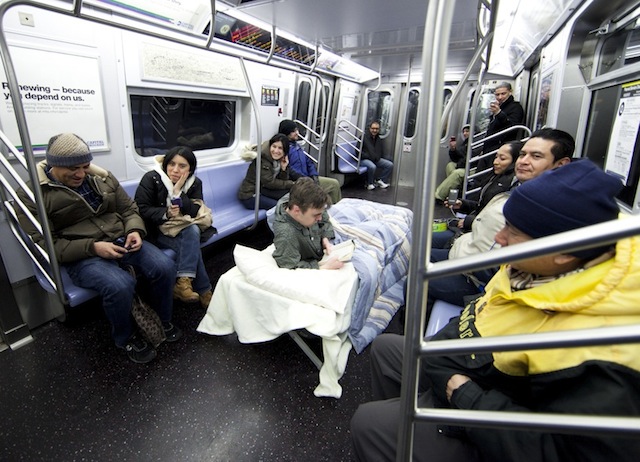 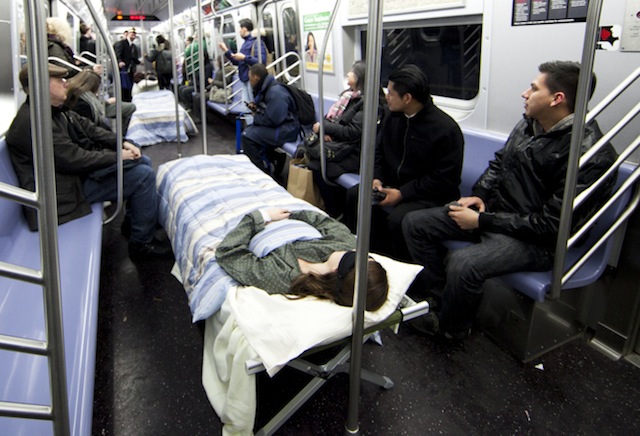 I greeted everyone who entered in a hushed tone and informed them they had entered the special Sleeper Car and that there was a bed available for napping. 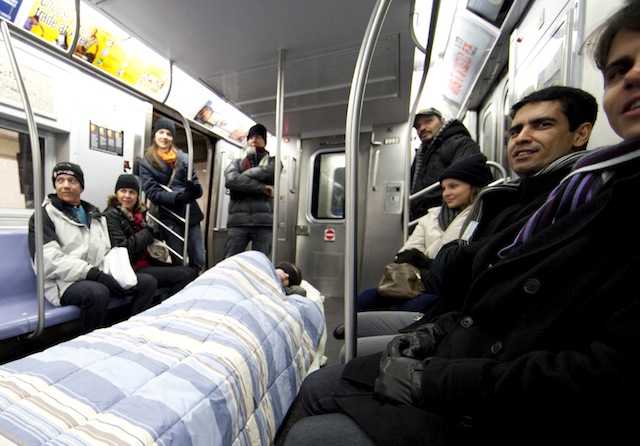 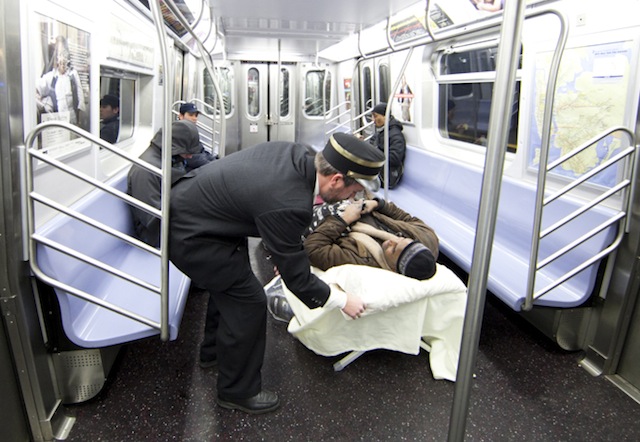 The guy in the photo above was the first to take us up on our offer. He declined to get underneath the sheets. 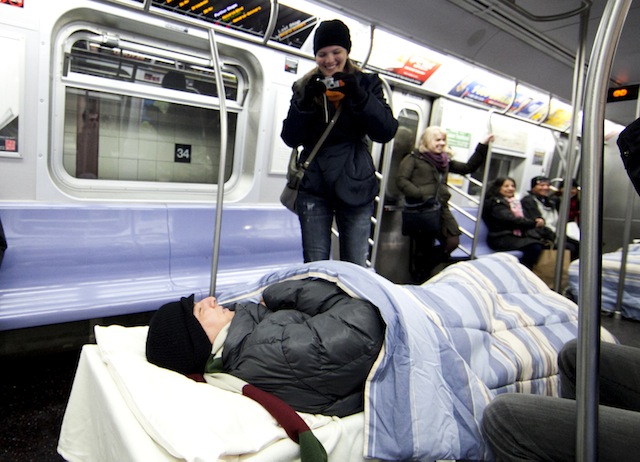 This guy was the first to let me fully tuck him in. That’s his friend taking his photo. 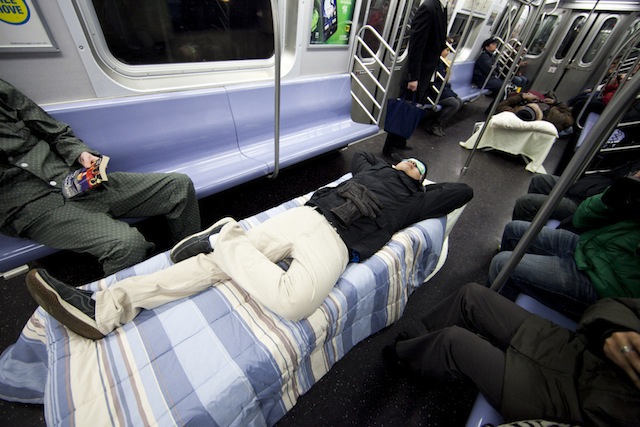 This guy was the first to accept the offer of a sleep mask. The subway car was quite bright. I’m not sure why more folks didn’t need them! 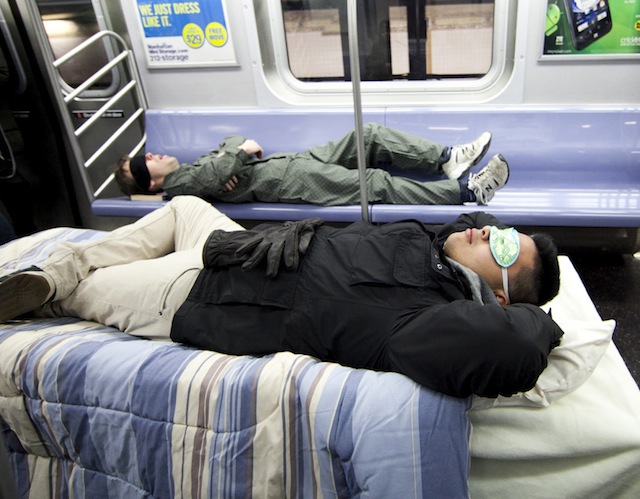 Demand for beds got high, so Agent Cassels decided to rest on the bench. This is technically against the rules, punishable by fine. While taking up more than one seat is a violation, we couldn’t find any rules stating you couldn’t bring your own seats (or in our case beds) on the train with you. 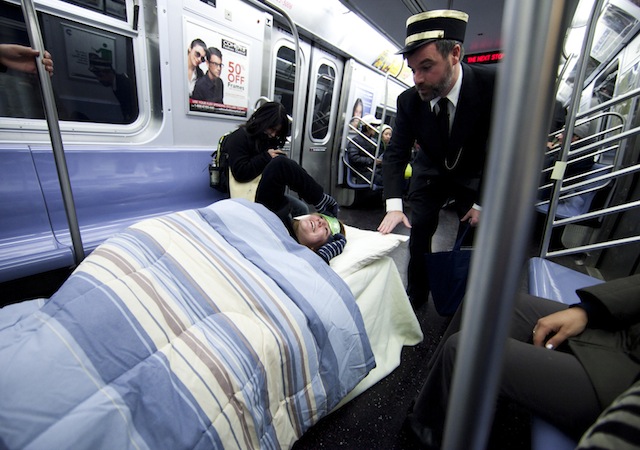 This girl was probably the most enthusiastic sleeper of the day. She jumped at the chance to hop in the bed and was extremely friendly.

There were a few riders along the way who were very curious to learn more about what we were doing. I informed them it was a pilot program and that we were trying to get funding. I think a few of the more gullible folks bought it, but most people just laughed and understood it for what it was, a bit of out-of-the-ordinary fun. We’ve staged over a dozen different ideas in subway cars over the past 11 years, and it remains one of our favorite “stages.” I love the sense of community that develops when a random car of people have an opportunity to share something fun. 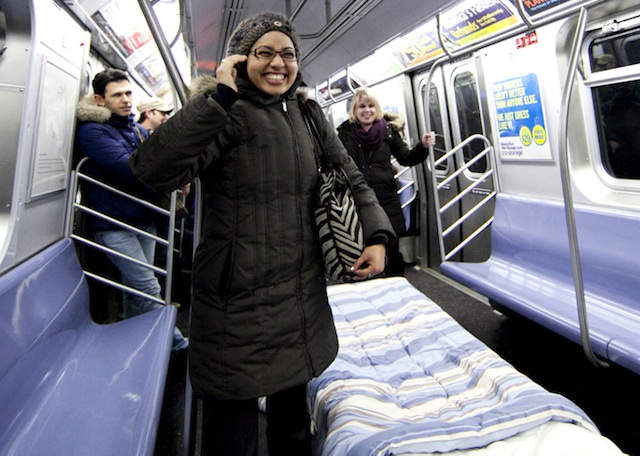 – Many more photos in higher resolution:
– Agent Sokoler’s Flickr Set
– Download the song from the video for free.