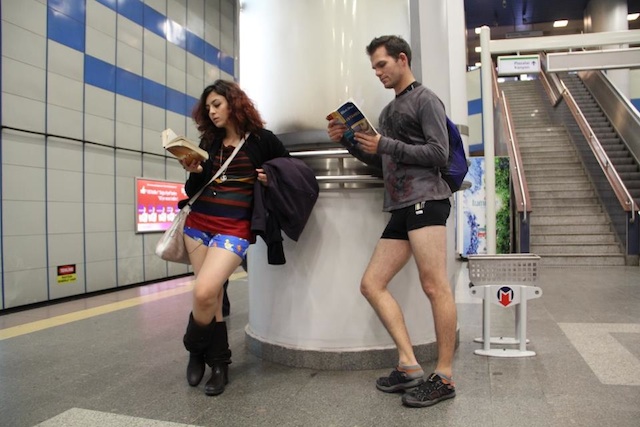 If you participated in one of the 59 regional No Pants Subway Rides today in 27 countries across the world, leave us an agent report in the comments below letting us know how it went. Post links to any photos and videos from your town’s event as well. Let us know how many people participated and what the temperature was. Reports from the New York ride are here.