Last weekend I married my longtime girlfriend and fellow Improv Everywhere member, Cody Lindquist. Our wedding ceremony featured a surprise stunt where we were interrupted by a professional wrestler. Besides the bride and groom, only the officiant and groomsmen were in on the prank. Watch the video above first, and then check out the behind-the-scenes photos and report below. 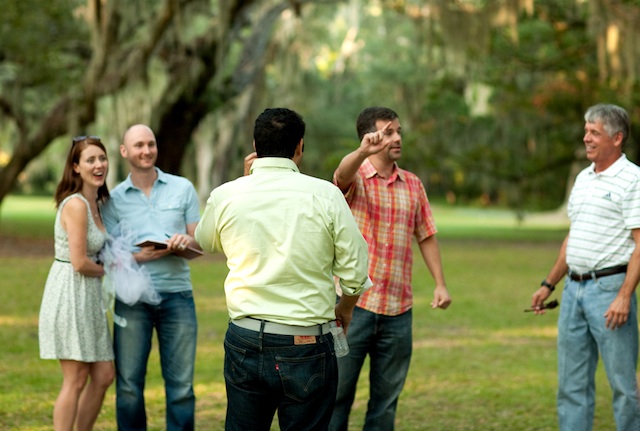 Rehearsal
Ever since Cody and I got engaged everyone we know has asked us, “Is there going to be a prank at the wedding?” The pressure was on to do something fun and out of the ordinary. 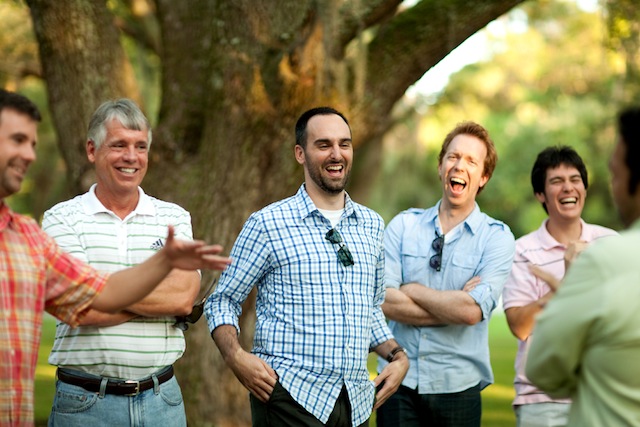 Planning the stunt
Years ago, I created a parody professional wrestling league at the UCB Theatre called The UCBW that still regularly performs. One of the original wrestlers from the league was a character called “Pu Kang Kang,” played by Eugene Cordero. I asked Eugene if he would be up for reprising his character at my wedding, and he immediately agreed. 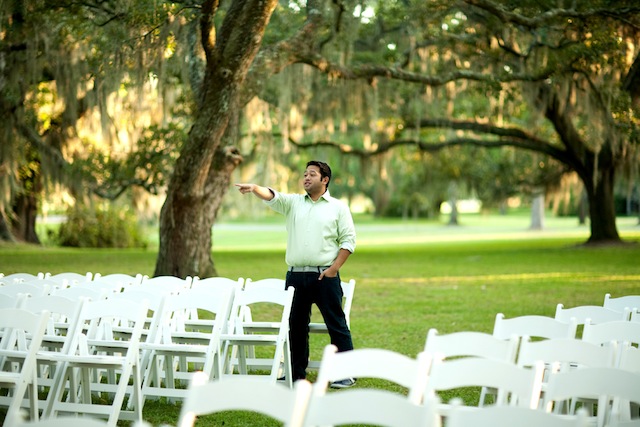 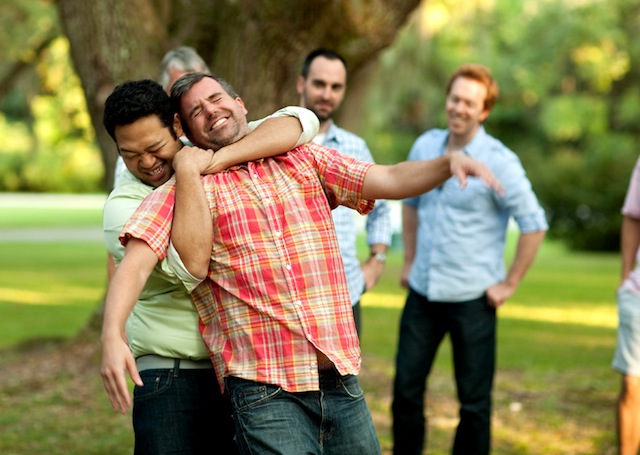 Deadly choke hold the “Pu Kanger-Snore”
After everyone else had left the rehearsal on Friday night, we choreographed the stunt with my best man (my dad) and groomsmen. 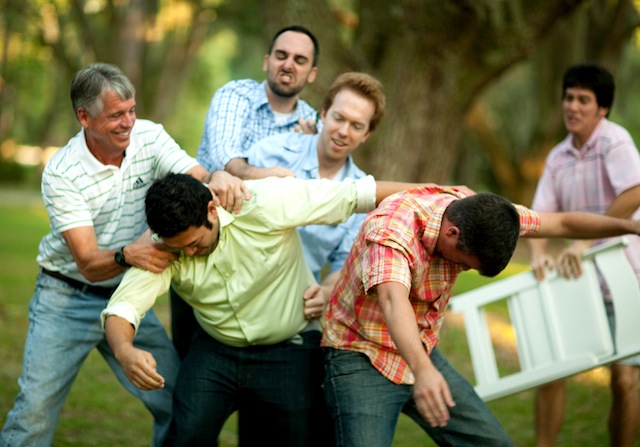 Obviously Cody and I had a million things on our mind over the weekend, but it was fun knowing we had a little trick up our sleeves. 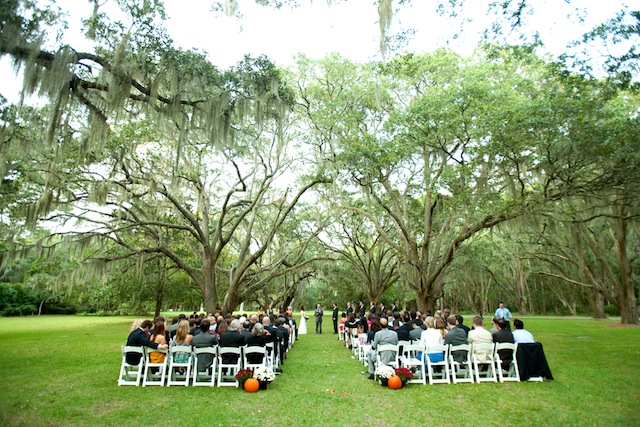 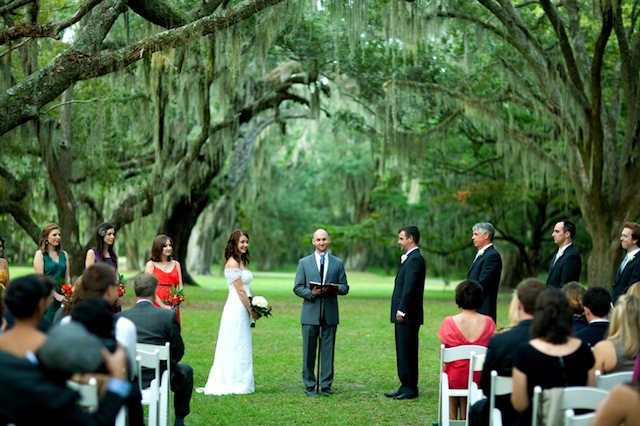 Our wedding photographer (and Improv Everywhere Senior Agent) Katie Sokoler got some beautiful shots of the ceremony. 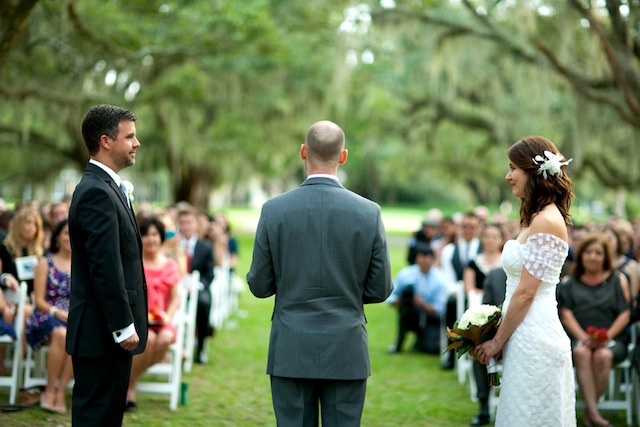 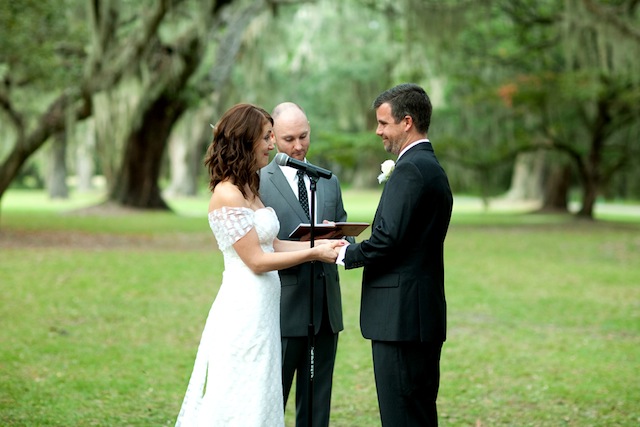 The stunt took place at the very end of the wedding, after we had exchanged vows and rings. Officiant Brent Stansell asked, “If anyone has any reason why these two should not be married…” and Agent Cordero, who had slipped away from the back row to change into costume, yelled, “I got a problem with it!” 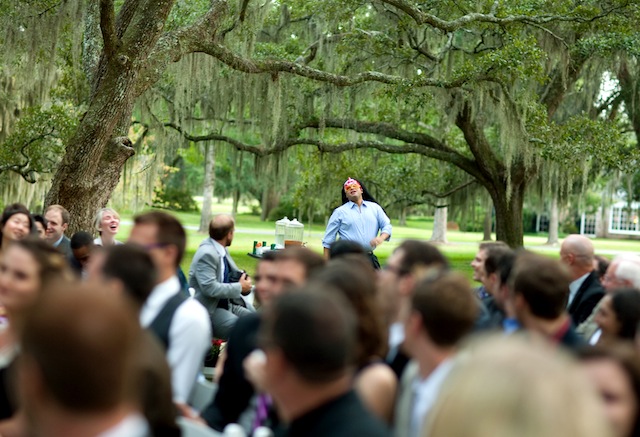 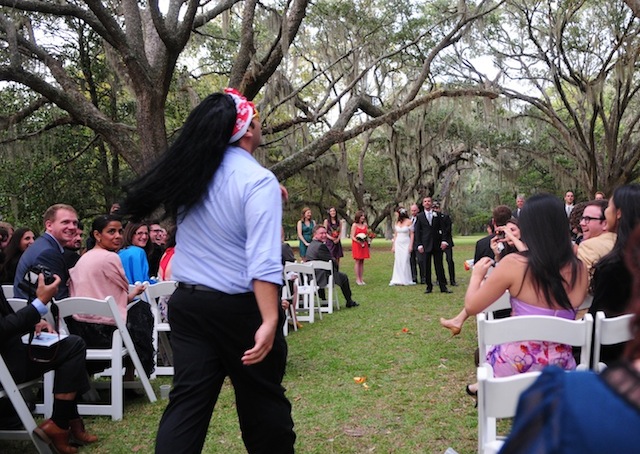 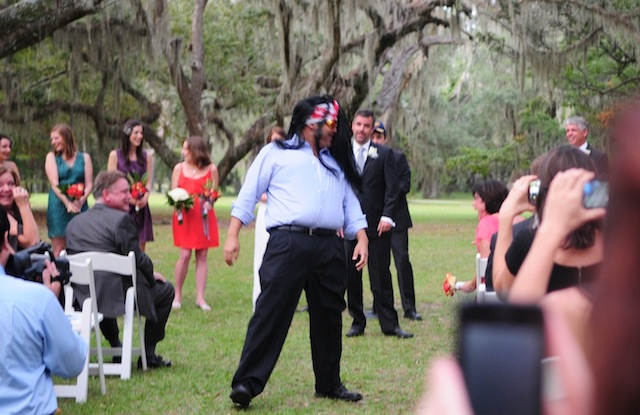 Pu Kang Kang made his way down the aisle as our friends and family laughed. Even the bridesmaids and our immediate families were not told about the prank, so it was a fun surprise for everyone. 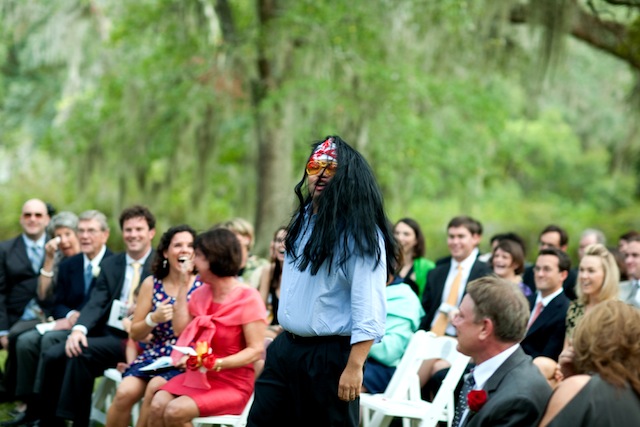 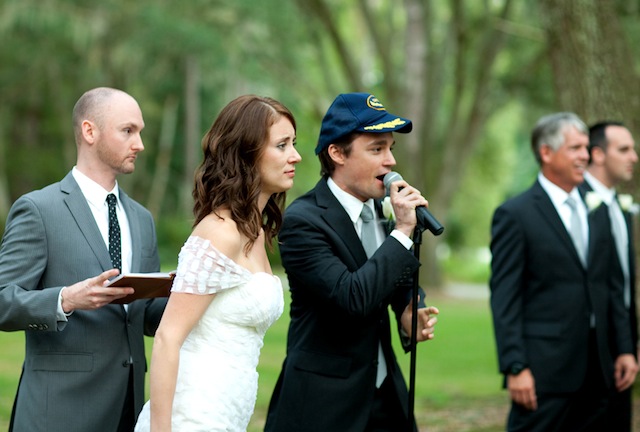 My groomsman Ben Rodgers plays an announcer called “The Captain” in the UCBW, so we had him throw on his captain’s hat and announce. You may remember Agent Rodgers from his announcing work in Carousel Horse Race. He informed the crowd that this crazy man walking down the aisle was “Cody’s ex-boyfriend, former professional wrestler Pu Kang Kang,” who most definitely did not RSVP. 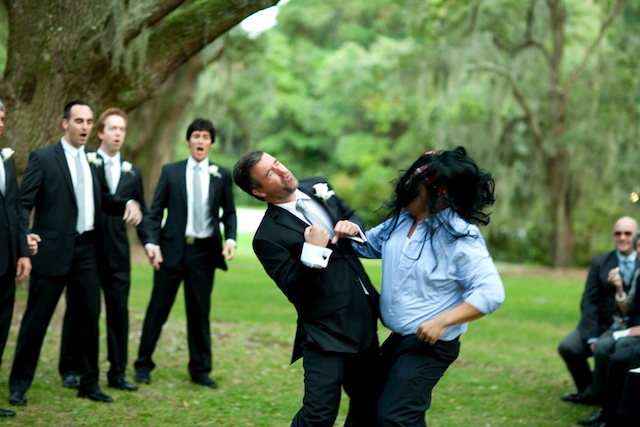 Pu Kang Kang blocked my first punch and then got a few good hits on me, leaving me dazed as he went to take out the groomsmen. 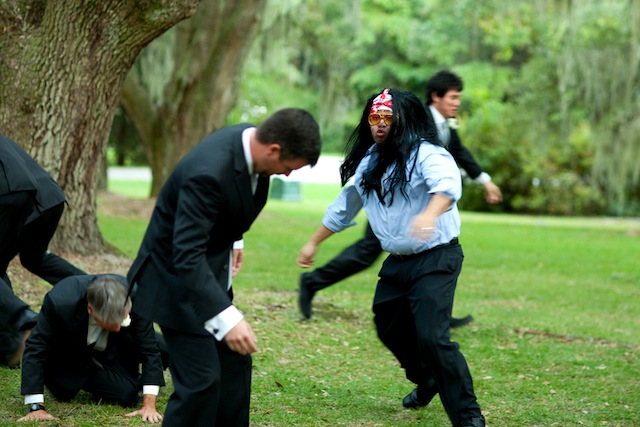 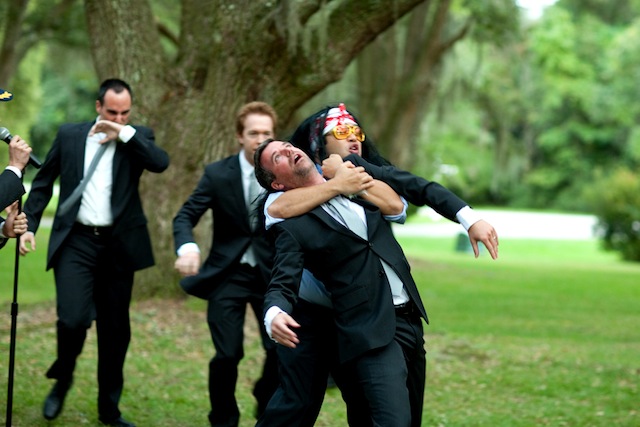 Locking in the Pu Kanger-Snore 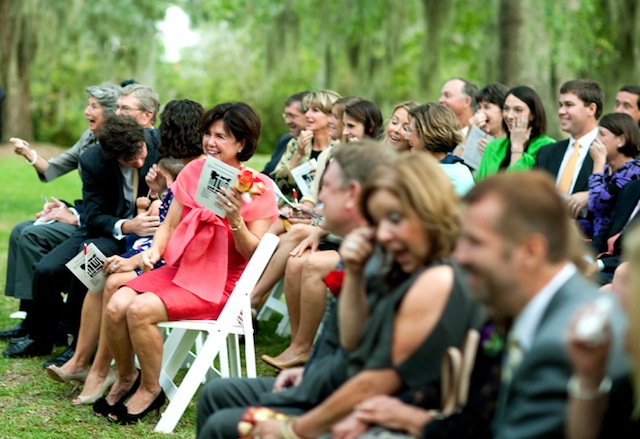 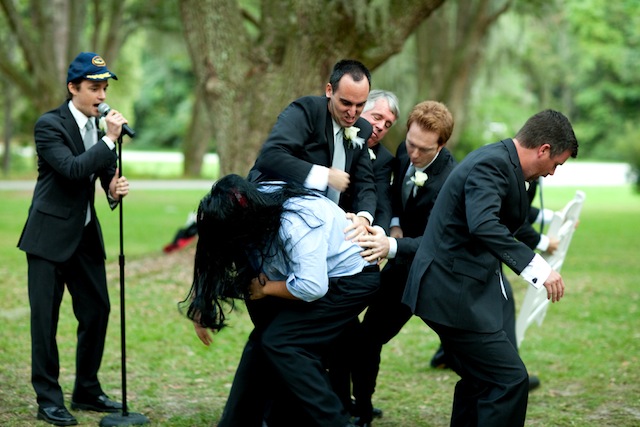 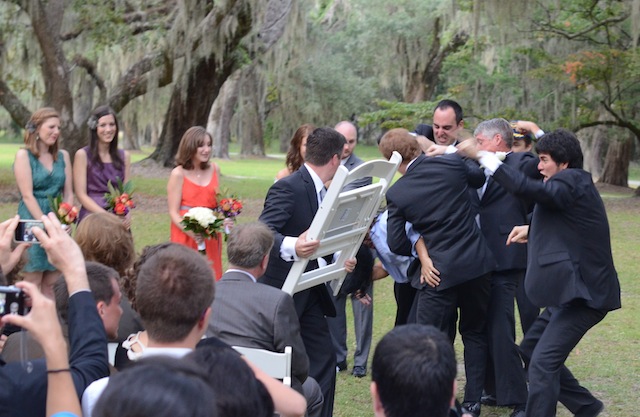 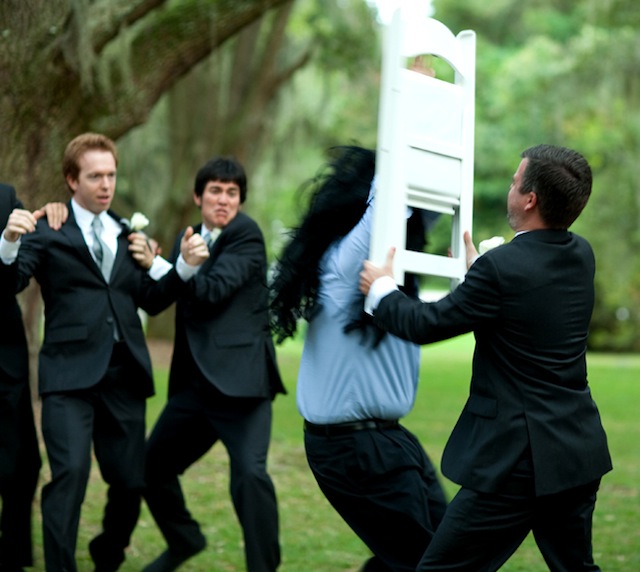 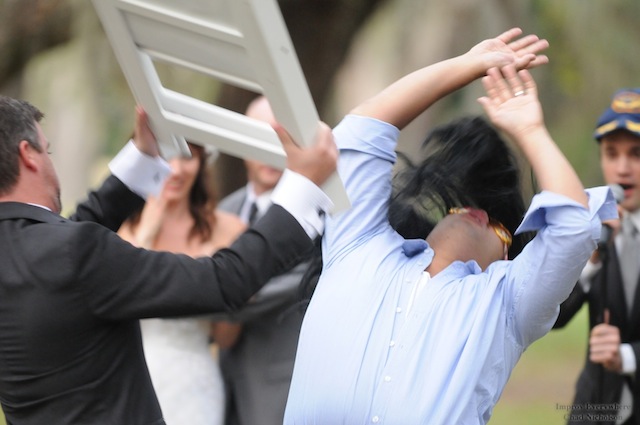 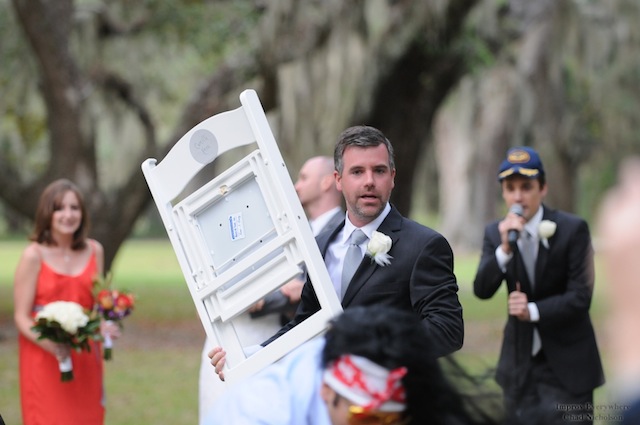 Pu Kang Kang left the ceremony in shame as I taunted him with the chair. 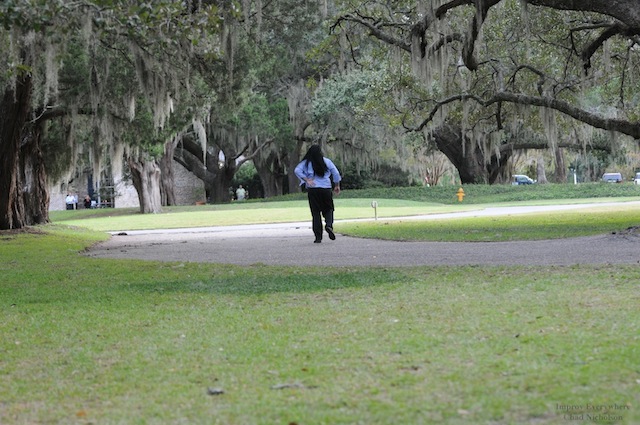 Agent Cordero never broke character, limping all the way to the reception a few hundred feet away. 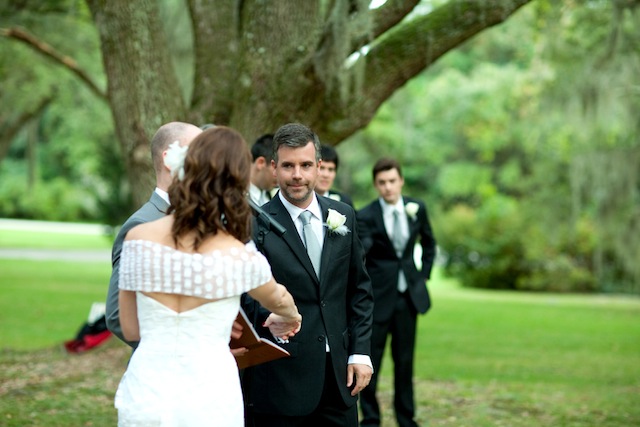 Making sure Cody is OK 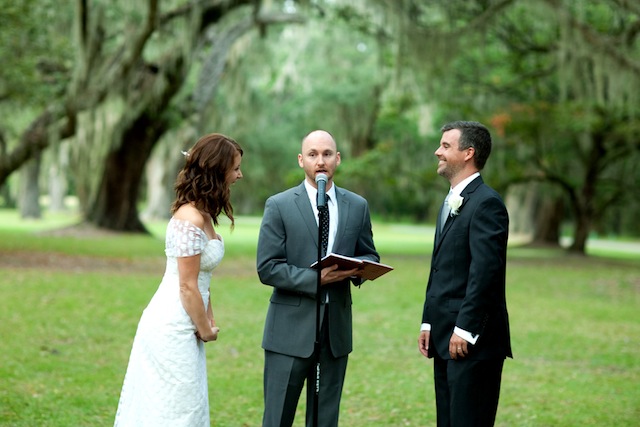 Our officiant joked, “If there are no MORE objections…” and everyone laughed as things went back to normal for the end of the ceremony. 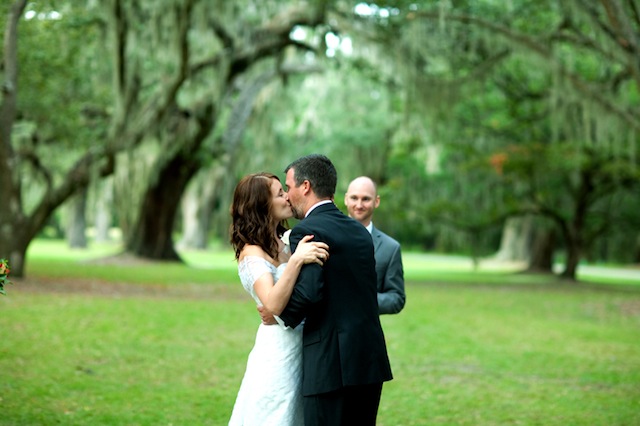 First kiss as husband and wife! 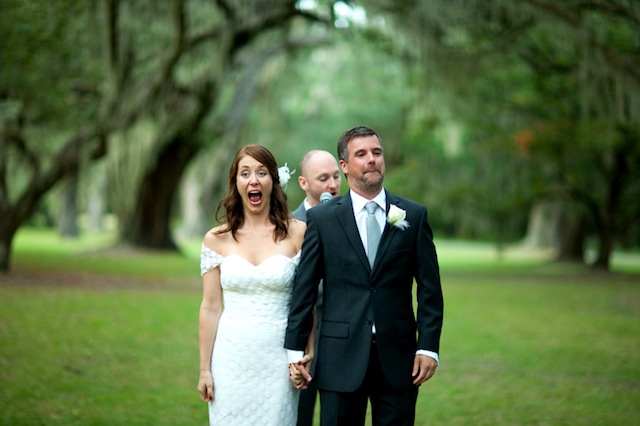 We had a wonderful wedding weekend with family and friends, and it was icing on the cake to be able to add a little dose of Improv Everywhere fun to our big day. 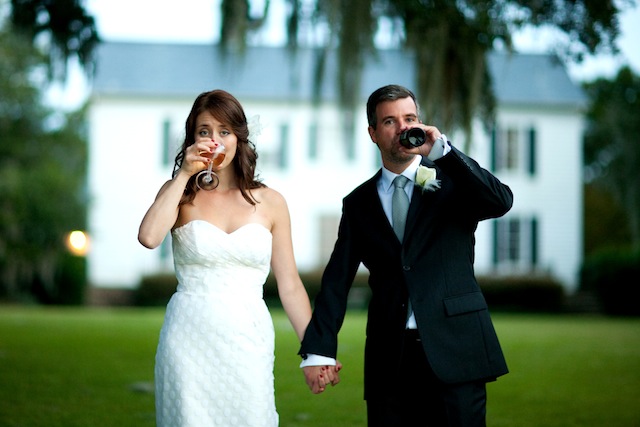