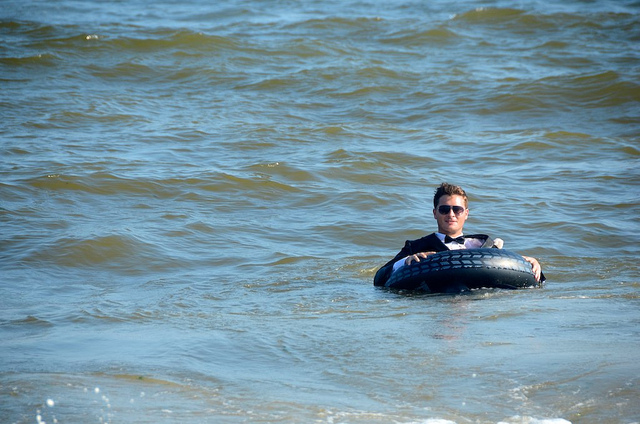 Thanks to the awesome group of people who participated in the 2nd Annual Black Tie Beach mission today at Rockaway Beach. If you were there, please leave an Agent Report in the comments. I know there are hundreds of funny stories waiting to be told. Also leave links to any photos you might have taken. Photos from our official photographers are below, and we hope to have our video up in a couple of weeks on our YouTube channel. (Subscribe to it!) When the video is posted, we’ll post our official mission report here.

In the meantime, check out last year’s video: