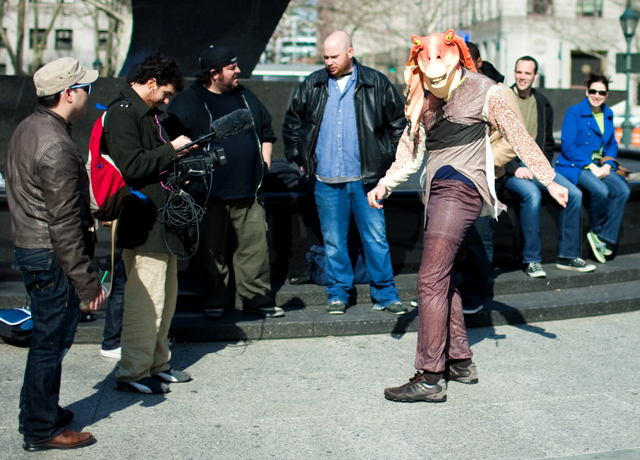 If you haven’t figured it out by now, the Jar Jar Subway Car “mission gone wrong” was faked for April Fool’s Day. The three guys who “attacked” our actor in the Jar Jar Binks costume were actually our friends from The Upright Citizens Brigade Theatre. Everything was completely staged, and everyone on the train was told what was going on beforehand.

On Monday we’ll post a behind-the-scenes video that will show how the fake mission came together, as well as some funny outtakes. Subscribe to our YouTube channel so you won’t miss it.

As with the Best Funeral Ever and the No Underwear Subway Ride, many people believed the video to be real. In order to prevent people from spoiling the joke, I disabled comments on the post on our site, but don’t worry, there are hundreds of comments you can read on our Facebook page.

And here’s the original video in case you missed it:

Read the behind-the-scenes report and see the photos.