The 10th Annual No Pants Subway Ride went off without a hitch today in New York. We are estimating 3,500 participants. Riders met at meeting points spread out all over the city and converged on Union Square. The high was 32 degrees and wind gusts were up to 47 MPH. There were also No Pants rides in 50 other cities around the world in 24 countries!

The official video should be ready in a week. For now, enjoy videos from year’s past!

Complete history of The No Pants! Subway Ride with videos of past years 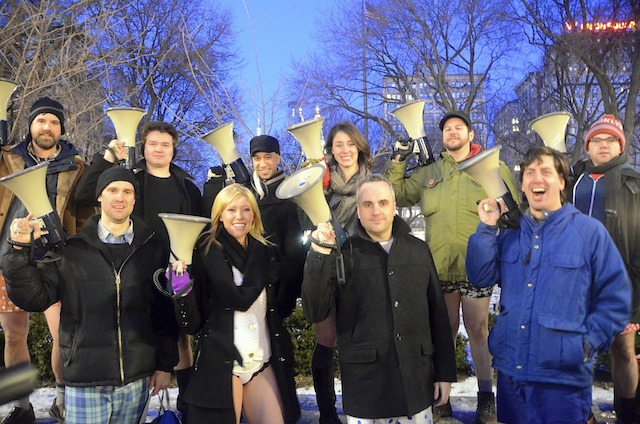