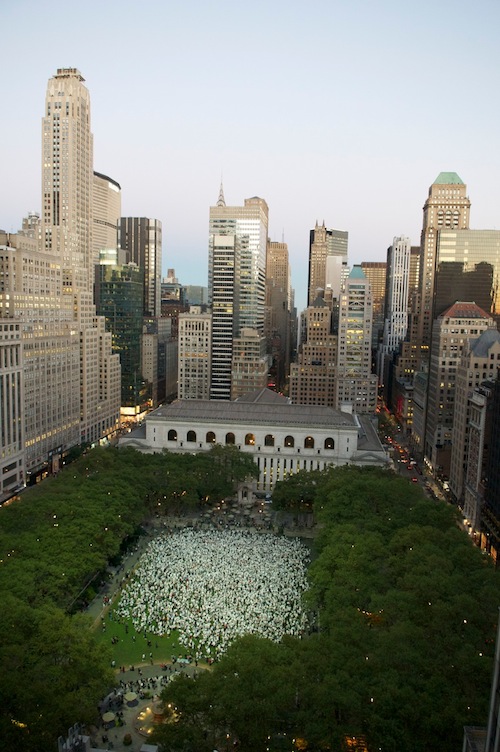 A huge thanks to everyone who came out to The Mp3 Experiment Seven today! Around 4,000 people began the experiment in retail stores in the Midtown area and eventually all converged on Bryant Park.

The experiment ended with a massive “toilet paper mummy” dance party, pictured above. If you were there, share your stories in the comments.

Photos from our official photographers:

It will be a few weeks before we have any video to show, but stay tuned. You can subscribe to our YouTube Channel to be the first to know when it is released. As always, all of today’s music was created by our composer Tyler Walker. Check out his site and buy his brand new album!