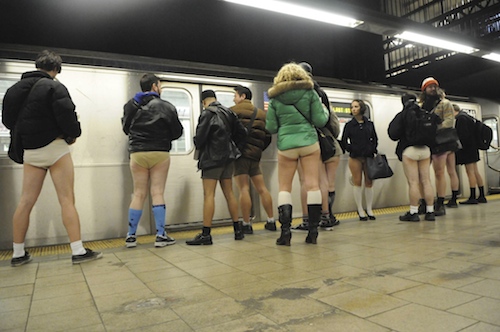 If you haven’t figured it out by now, The No Underwear Subway Ride mission was staged for April Fool’s Day. The participants all wore skin-colored underwear that made it look like they were naked when pixelated in the video. On Monday we’ll post an “uncensored” version of the video that will show what we actually looked like. [Update: watch it here.] Our apologizes to those who were fooled into thinking we had lost our minds and done something this disgusting. If you haven’t read the comments yet, do yourself a favor and read a few. They are probably funnier than the hoax itself. WHAT ABOUT THE CHILDREN?

And here’s the original video in case you missed it: