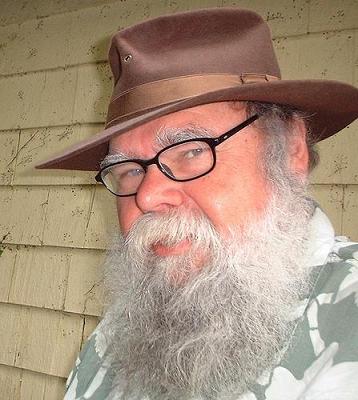 John “Wimpy” Ward, one of Improv Everywhere’s most senior agents, passed away today. John was an incredibly kind, warm, and hilarious man, and we are all lucky to have known and worked with him. I first ran across John when he started taking classes at the Upright Citizens Brigade Theatre in 2003. I approached him one night and asked if he would be interested in playing a prank at a Barnes & Noble where he gave an unauthorized reading as long dead playwright Anton Chekhov. Although he had never met me and had never heard of Improv Everywhere, he instantly said, “Sure. That sounds like fun.” John was the kind of guy who said yes to life and jumped head first into new things.

Over the past six years, he has participated in nearly every Improv Everywhere mission. He danced in a window for Look Up More, stood still for Frozen Grand Central, pretended to be a Best Buy employee, and played Santa Claus in the very first Mp3 Experiment, to name just a few. In 2006, he figured out a way to sneak Improv Everywhere onto daytime television by using his position as a contestant on Who Wants to be a Millionaire? as an opportunity to play a prank.

John was adored by many Improv Everywhere fans, who were quick to celebrate his appearances in our videos in YouTube comments. He was a vital member of our group and the New York comedy community at large, and he will be missed greatly. Below are some videos and photos of some of John’s more memorable moments with IE. 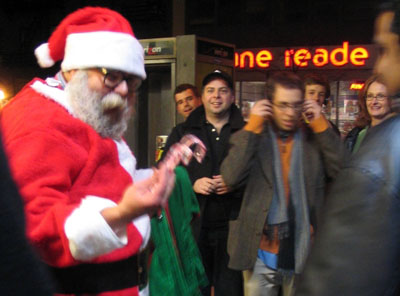 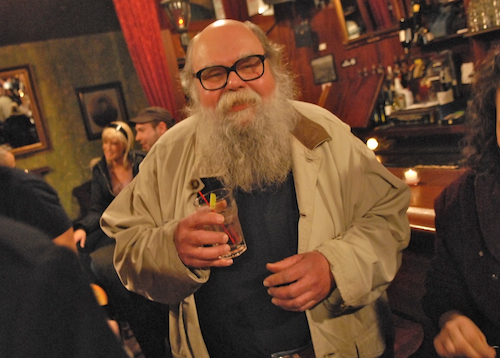 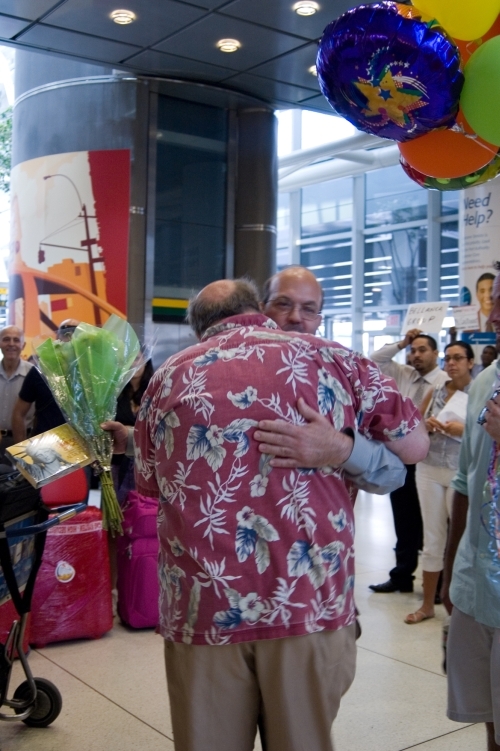 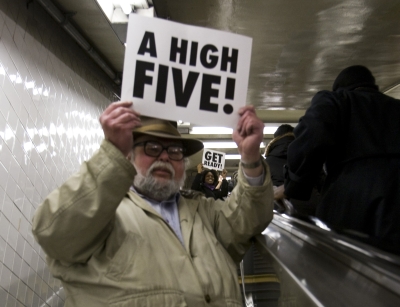 John holds a sign in the subway for High Five Escalator

Finally, here’s a hilarious sketch John starred in that was written by IE Agent Ari Scott and staged at the UCB Theatre.

Rest In Peace, John Ward. We miss you.