Note: This is a fake mission we staged for April Fool’s Day 2009. We posted it on April 1, fooling thousands of people into thinking we had lost our judgment and done something horrible. Everyone in the video is an actor. There was no funeral and no family. Be sure to check out the comments from the people who were fooled below.

For our latest mission, 30 Improv Everywhere agents found a random funeral in the obituary section of the newspaper and turned it into the best funeral ever. We picked a man who had very few surviving relatives and then showed up to his funeral to make it truly awesome. Enjoy the video first, and then continue reading for photos and our report. 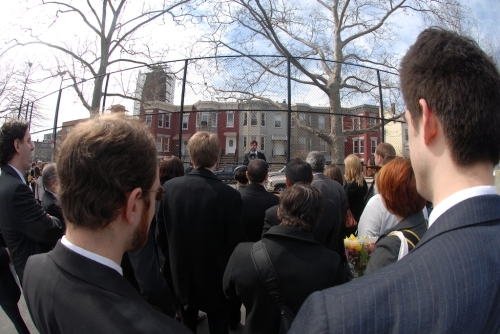 I knew this would be a very sensitive subject, but I thought that if Improv Everywhere could spread a little joy to the saddest place of all, it would be an amazing feat. The first step was picking the right funeral. It was critical that the funeral would be very sparsely attended. My biggest fear was showing up to do this and finding tons of friends and family already there. I started scanning through the obituaries to find short entries that mentioned very few surviving relatives. I also wanted to pick a graveside service because it would be easier to film and photograph it from a distance. It would be too risky to try to sneak cameras into a funeral home or church. 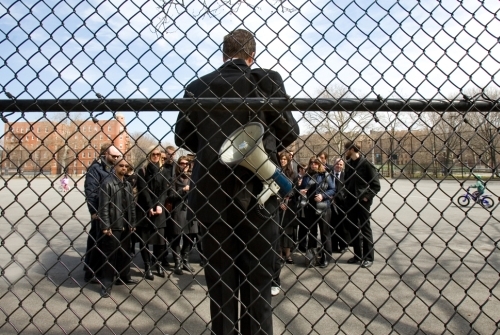 Organizing with the agents
The funeral we picked was in Greenwood Cemetery, an enormous plot of land in Brooklyn. (I’m not going to list the name of the deceased to prevent the family from finding this via a Google search, but it was an 87 year old male.) We met in a park a few blocks from the cemetery gate, and I briefed all of the agents, who had arrived dressed for a funeral. I instructed everyone to be as realistic as possible and not to be too over the top. I was very worried that the family would think we were making fun of them, which was the last thing we were trying to do. I told everyone to just act like you would if it had been your grandfather who passed away and behave accordingly. 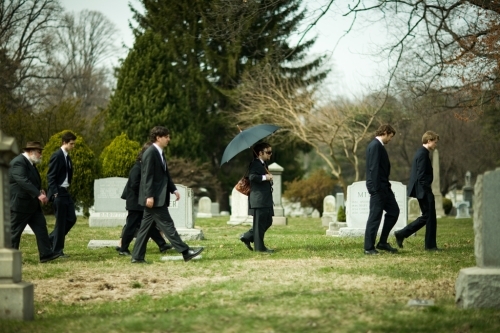 Agents walking through the cemetery
We headed over to the cemetery right when the funeral was supposed to begin. We figured it was best to arrive just a few minutes late. The family wouldn’t talk to us if the service was already underway. They would just be silently comforted that lots more people showed up to honor their loved one. 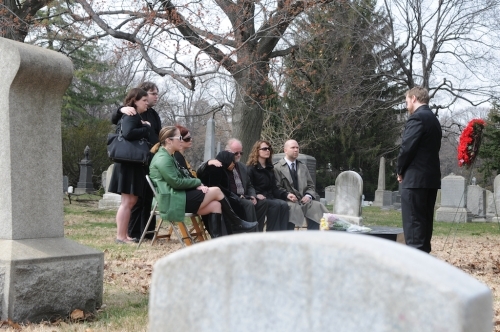 The family before we arrive, only eight people
Our photographers ran ahead to snap some covert photos of the service before we arrived and to try to get the natural reactions of the family when the IE agents showed up. They tried to be discreet, hiding behind tombstones, trees, and bushes with zoom lenses. Sure enough, there were only eight people and a priest attending the funeral. 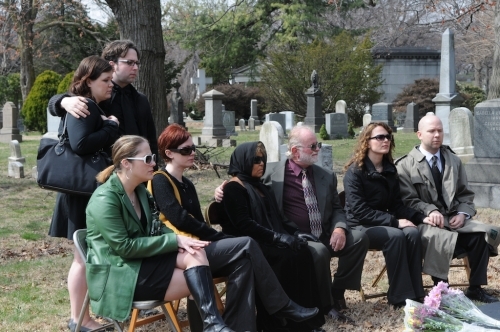 A pretty small funeral in need of some help
Luckily there was a huge bush right behind the priest. Agent Nicholson was able to crawl into the bush and take photos head on without anyone seeing him. 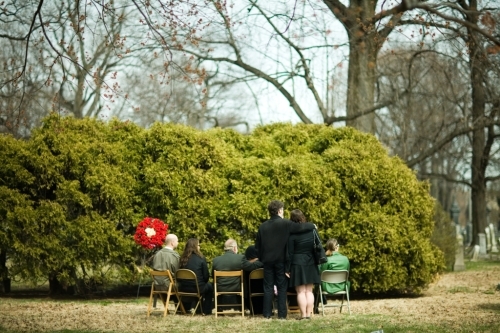 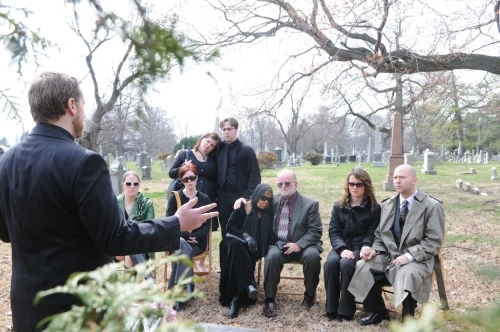 Shot through the bushes 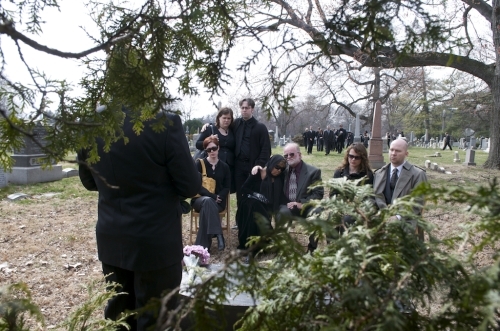 Our agents start arriving behind them! 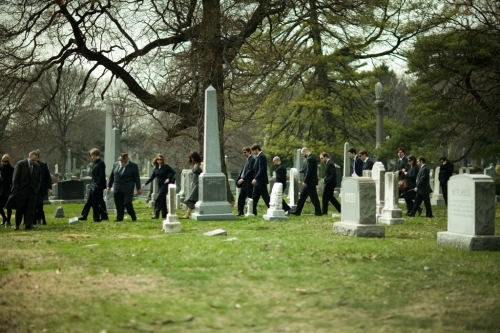 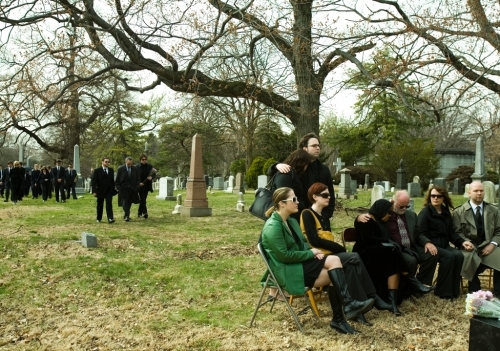 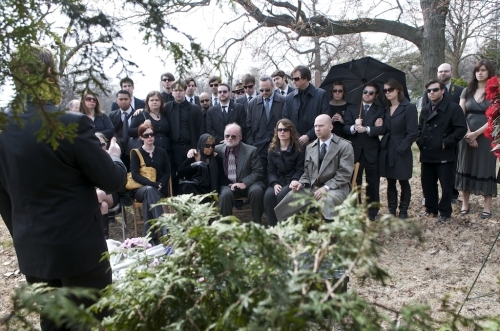 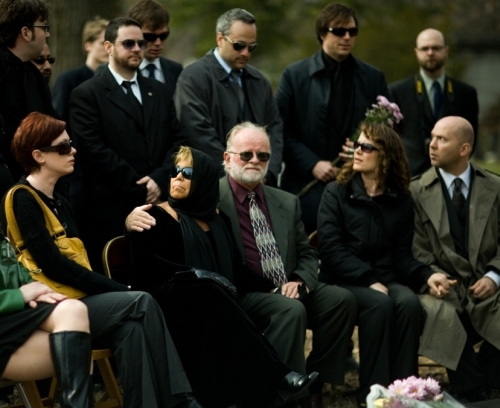 Family looking around in wonder 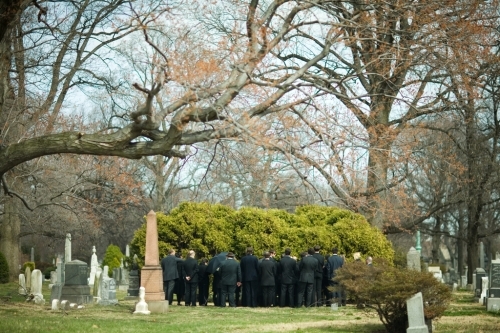 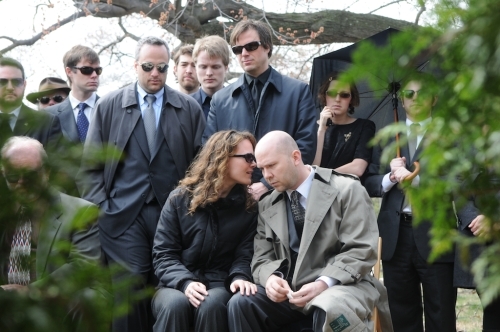 Family members started whispering, “Who are these people?” 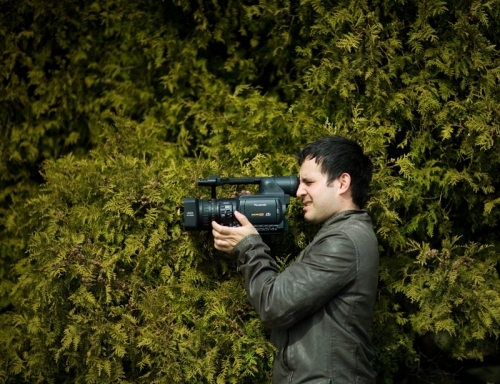 Agent Adams films covertly from the side of the bush 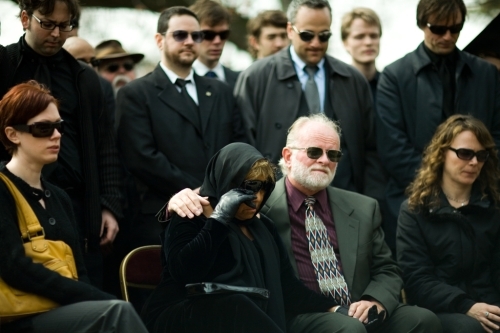 The family, especially the older couple in the middle, were seriously mourning. They seemed to be focusing on the priest and mostly ignoring us. Still, we had to be as serious as we possibly could. If anyone cracked a smile or giggled we would completely ruin the funeral for the family. 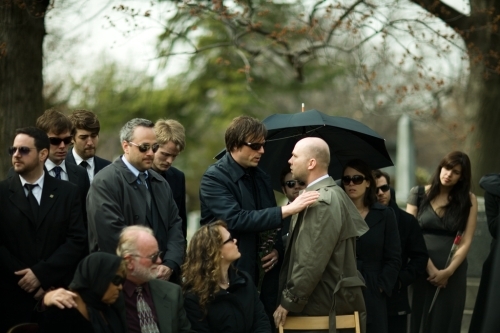 One family member, who looked like he might have been a grandson of the deceased, got up and asked Agent Simmons what was going on and where we came from. He definitely seemed confused, and maybe slightly irritated at first. Agent Simmons just told him we were old friends of the deceased here to pay our respects. 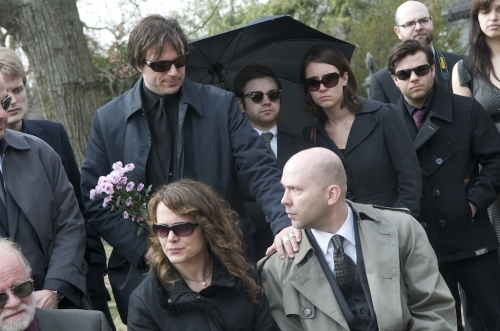 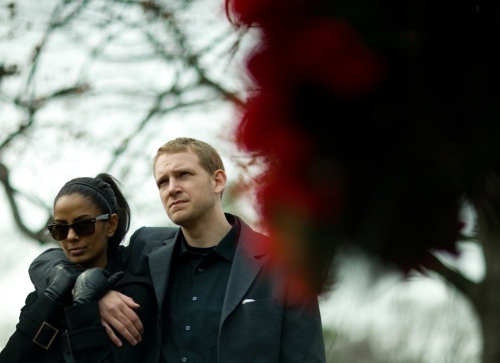 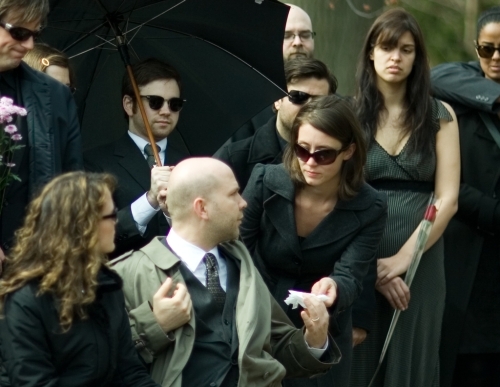 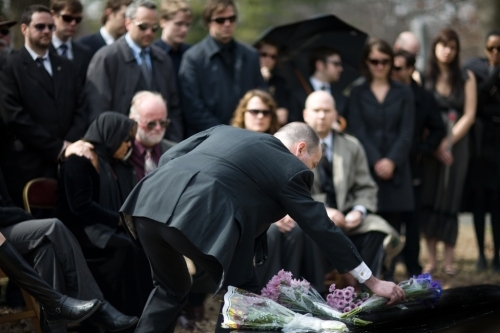 Agent Yo-Yo lays some flowers on the casket 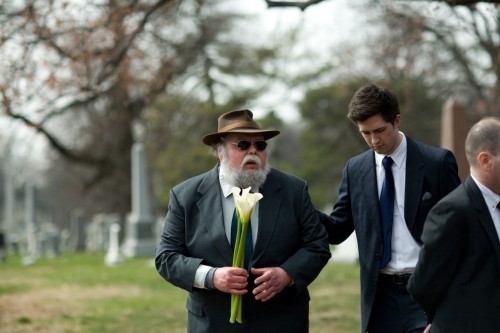 Agents Wimpy and Cunningham walk to the front with flowers 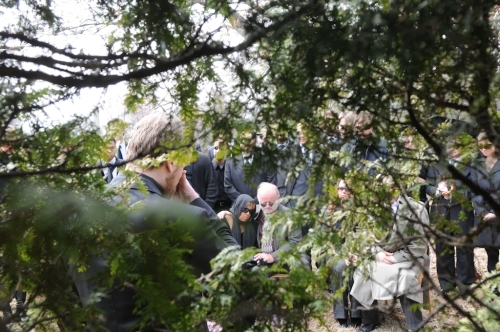 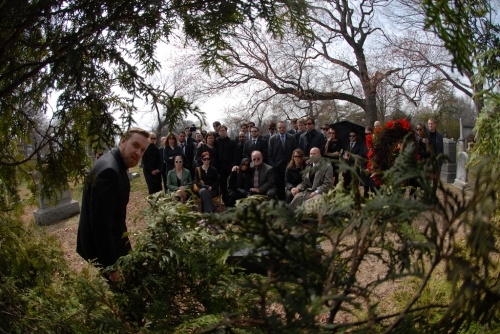 Towards the end of the service, the priest discovered that Agent Nicholson was hiding in the bushes with a camera. I guess cameras are not usually allowed at funerals, because he was not happy. He kept his calm because of the circumstances, but he made it very clear that Agent Nicholson needed to leave immediately. 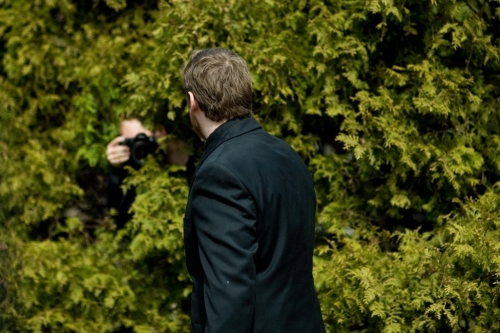 We found other ways to keep documenting the mission. Agent Spear snapped a few covert shots with his cell phone. 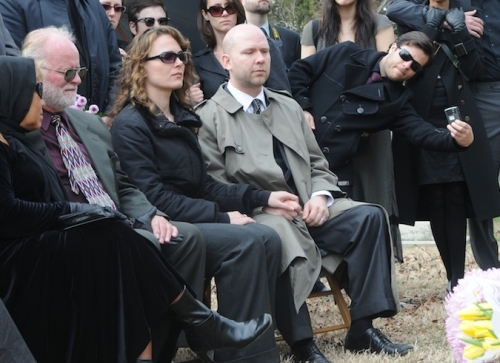 As soon as the service was over, our agents disappeared as quickly as they had arrived. We never broke character and never let the family know that we didn’t actually know the deceased. 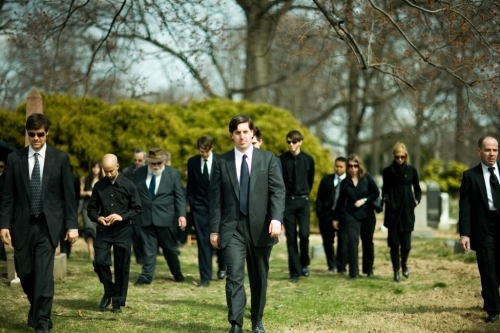 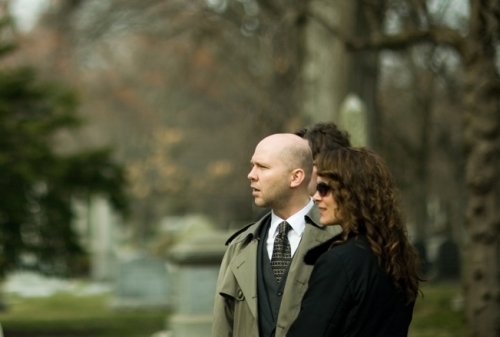 The family members were left clueless as to who we were. They gawked as we walked away. Deep down though, you know they were profoundly moved to learn that their relative had so many friends. One of the family members chased down some of our camera men and tried to get an answer. Agent Adams stuck to his story and told him that he was just a tourist visiting the cemetery (it’s a National Historic Landmark after all!), and that he didn’t know any of the other agents.

It was definitely creepy being in the cemetery, and it did feel weird staging something at a funeral, but ultimately I think everyone had a great time. Obviously the family was sad that someone they loved had passed away, but think how much sadder they would have been if only eight people had been there.

Read the comments to see people who were fooled. The local CW news was fooled as well. They later filed a copyright claim against us for posting their video of our video to YouTube.

Check out the hilarious outtakes from the mission.