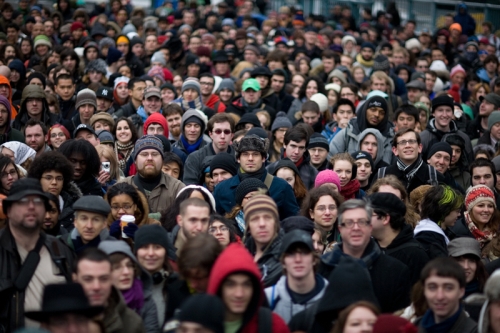 Crowd shot at the meeting point. Photo by Katie Sokoler.

The 8th Annual No Pants! Subway Ride went off without a hitch today in New York. It’s tough to count, but we’re guessing we had between 1,200 and 1,500 participants. Riders were divided up and dispatched to 4 separate train lines. The high was 30 degrees and there was a nice steady stream of snow.

If you were there, leave us an agent report in the comments. We love hearing about everyone’s unique individual story. The photos and video can be see on the official mission report.

Thanks to everyone who came out to participate! If this was your first event, make sure you are on the NY Agents mailing list so you’ll find out about upcoming missions. Subscribe to our RSS feed to stay up to date on everything Improv Everywhere. You can also join our Facebook Page and subscribe to our YouTube channel. 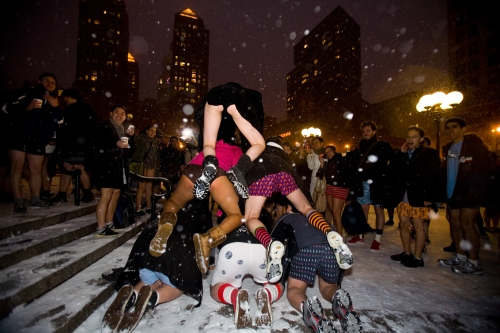 Pantless pyramid of people in the snow in Union Square, post mission. Photo by Katie Sokoler.