On a cold Saturday in New York City, the world’s largest train terminal came to a sudden halt. Over 200 Improv Everywhere Agents froze in place at the exact same second for five minutes in the Main Concourse of Grand Central Terminal. Over 500,000 people rush through Grand Central every day, but today, things slowed down just a bit as commuters and tourists alike stopped to notice what was happening around them. Enjoy the video first and then go behind the scenes with our mission report and photos. 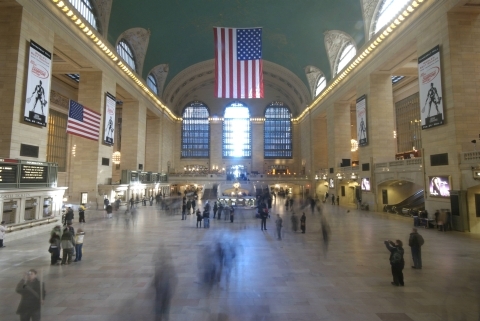 The Main Concourse before we arrive
Back in 2006 we had around 200 people shop in slow motion at a Manhattan Home Depot. For part two of that mission everyone froze in place. As it turned out the slow motion was subtle, but the freezing in place was absolutely striking. I wanted to recreate the frozen idea, but this time in a larger, more open space. Home Depot had many aisles and multiple floors so you could never see more than a handful of frozen people at a time. At Grand Central’s enormous Main Concourse, we would be able to see everyone simultaneously.

We met in nearby Bryant Park and synchronized our watches. We would freeze at exactly 2:30 PM. A nice mix of people of all ages and races showed up, so we would look like any random sample of New Yorkers before we froze. 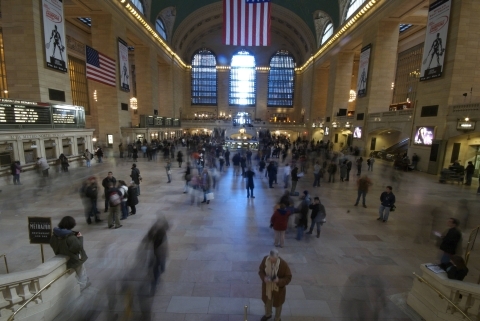 The room starts to fill up moments before go time 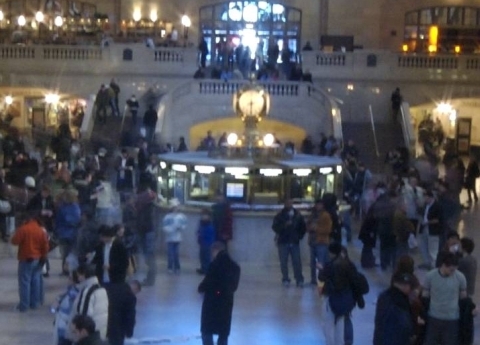 The clock strikes 2:30
Another thing we learned at the Home Depot mission is that it’s really tough to convey this idea through photographs. Everyone is frozen in place in a photo. Our chief photographer Chad Nicholson toyed with his exposure a bit to help compensate. Those not frozen are blurry. 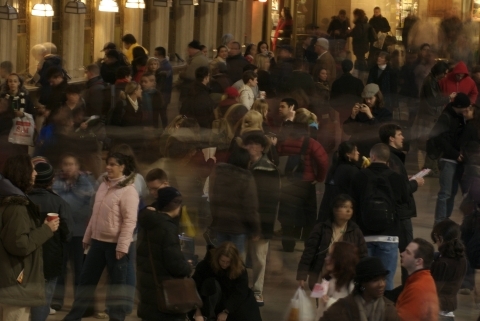 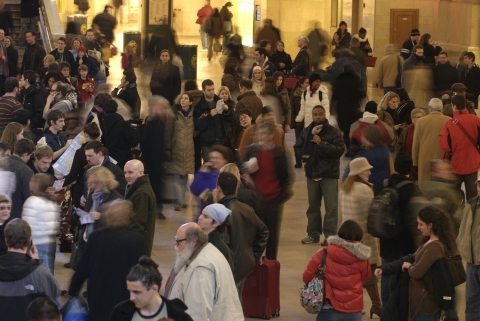 Where’s Chekov?
We filmed this mission discreetly from the upper balcony and with a roaming agent on the floor with a camera sticking out of a cart of luggage. 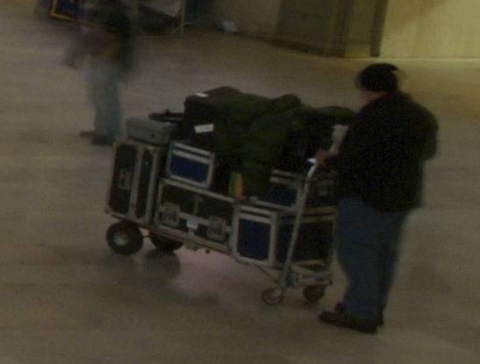 Agent Hurn films
At one point a guy driving some type of maintenance cart entered the concourse and was stopped in his tracks by our frozen agents. Fortunately there were just a few seconds left in the mission. We unfroze before he got too frustrated. 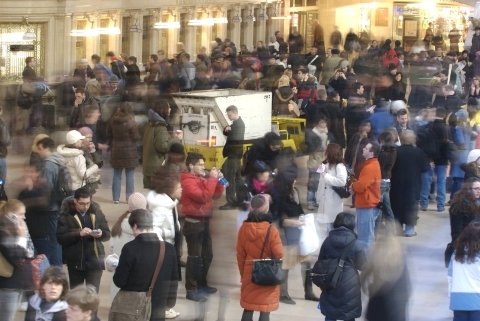 We got great reactions from the folks who encountered us. Strangers started talking to each other, trying to figure out what was going on. With wireless microphones hidden in our shirts, a few agents and I struck up conversations with folks. I convinced one guy to grab a cell phone from a frozen woman’s hand. He did it, laughing uncontrollably as he gently put it back in her hand. My favorite reaction was from a female cop who witnessed the whole thing from behind her NYPD recruitment booth:

Me: Do you know what that was?
Cop: I have no idea! That is the craziest shit I’ve ever seen in my life, AND I’M A COP!
Me: Ha. Yeah, it was weird.
Cop: You wanna sign up to be in the NYPD?
Me: No thanks. 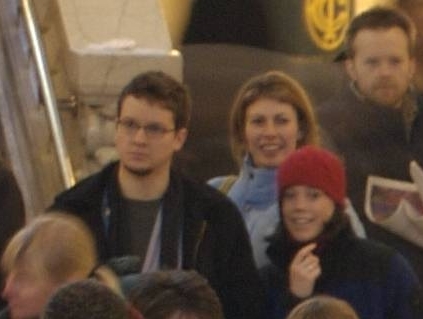 Folks gawk and smile
It was fun to see all the different choices people made for their frozen moment. I didn’t give any instructions in advance. I just told everyone to be doing something realistic and not jokey. One guy dropped an entire briefcase full of papers the second before he froze, leaving his papers scattered before him for five minutes. Many froze midway through eating or drinking. A few froze while taking off a jacket. One couple froze kissing.

I’ve put together some animations of a few of my favorite moments. It’s fun to watch each one through multiple times, focusing on different parts of the image. You can try to figure out how many people in each image are actually frozen. Agent Nicholson was not shooting from a tripod, so on some of these the image shifts slightly from frame to frame. I’ve spaced them out so you can focus on one at a time.

Notice the agent spilling the papers left center, and the agent taking his jacket off right center (this animation may not work in all browsers, get Firefox.)

I love this woman’s expression

These agents froze taking a photo, complete with “bunny ears”

I can only spot four agents in this photo: two black males just above the truck, the woman with the red scarf towards the left, and the white male at the bottom with glasses. Everyone else moves.

See these photos in their full resolution at Agent Nicholson’s Flickr Set.

If you participated, leave your agent report in the comments.