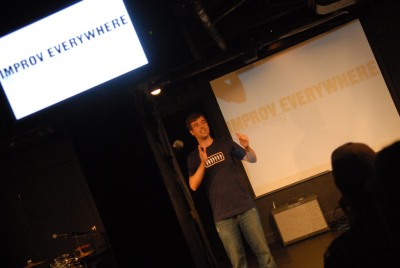 To celebrate our 5th anniversary, we put on a big show at the Upright Citizens Brigade Theatre in Manhattan. In addition to the world premiere screenings of some of our older missions, we had a number of very special guests drop by from Improv Everywhere’s past. 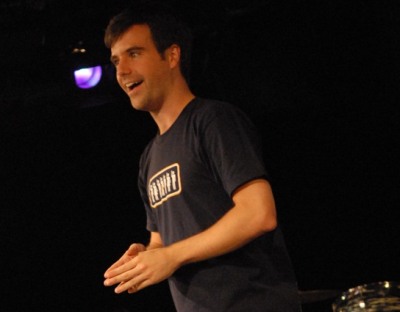 Hosting the show in my new IE T-Shirt

After the world premiere of the new Anton Chekov mission video, Mr. Chekov himself stopped by to say hello. 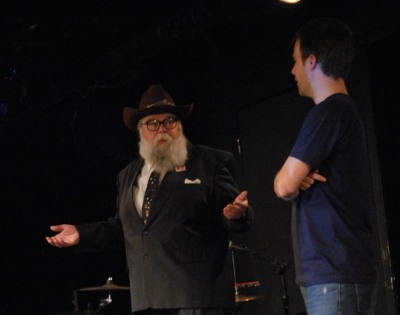 Our next guest was the biggest surprise of them all. Ghosts of Pasha came all the way down from Burlington, Vermont to perform for us! The band has slimmed to a two-piece and has a tight new indie-rock sound. It was really awesome of them to make it down. They even brought promo CDs of their new album for everyone in the audience. 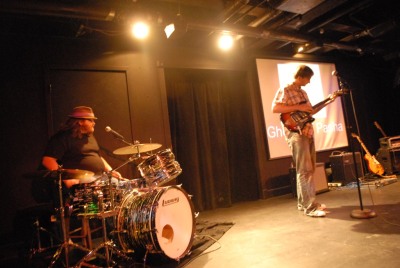 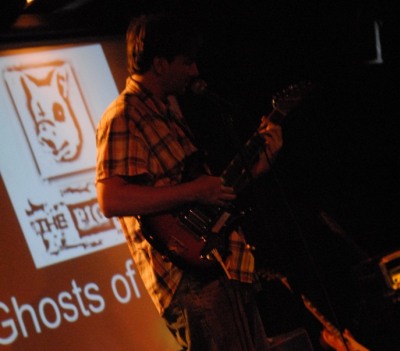 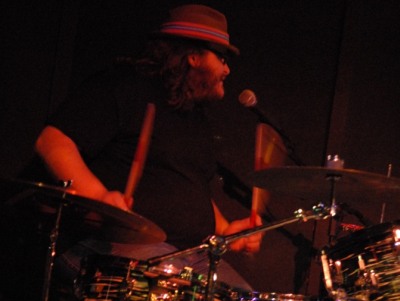 A few folks in the crowd had been a part of the audience for Best Gig Ever, including Agent Montague who held up his lighter just as he had done at the Mercury Lounge. 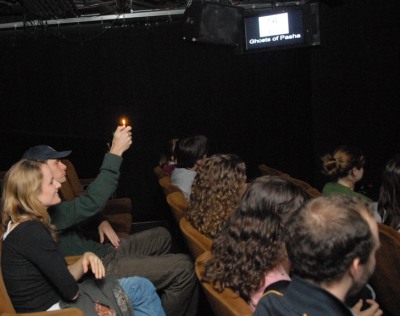 Montague at the UCB show 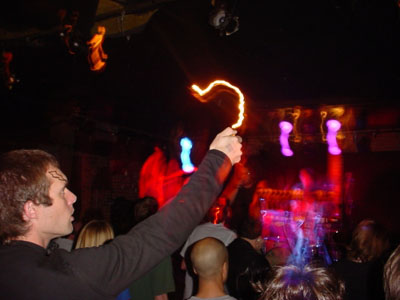 Montague at the Mercury Lounge
For their final song, Ghosts of Pasha had the entire audience participate with kazoos they had hidden under everyone’s seats. It worked out really well. 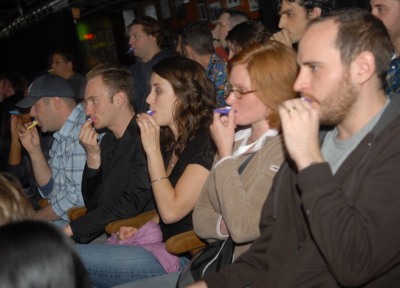 We had the McDonald’s Bathroom Attendant stationed in the men’s room at the theatre before the show began. He took care of our audience’s bathroom needs and made $8 in tips. 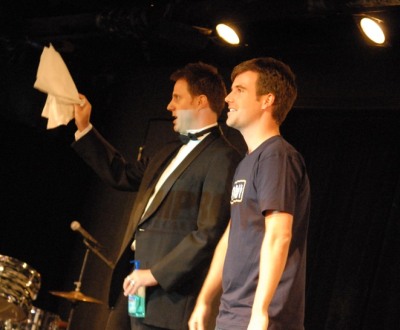 Later in the show we got an update from Suicide Jumper Will Hines and officer Randy McNabb. He’s still ok! 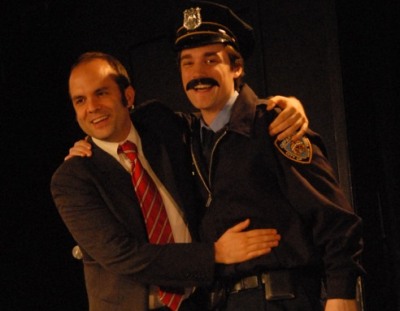 To end the show, Fake U2 rocked the house with “Vertigo” and a surprise encore of “With or Without You” (a song not included in the band’s famous rooftop set). 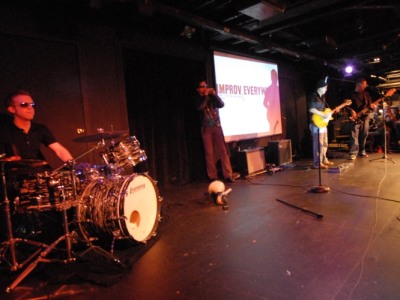 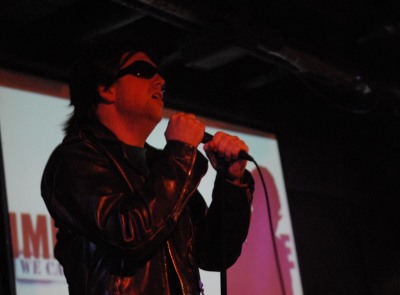 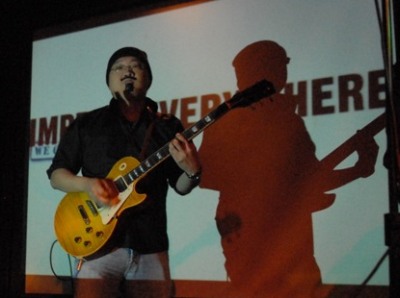 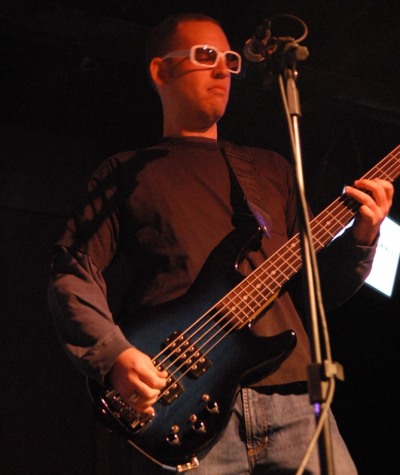 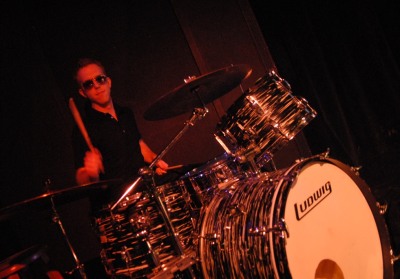 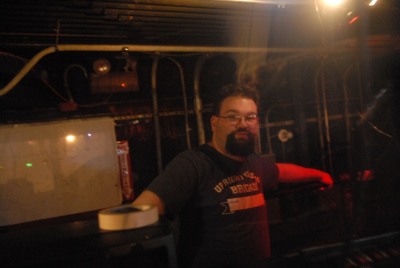 Agent Baer running lights and sound
Near the end of Fake U2’s set, our good friend Rob took a lap around the stage, still trying to find his seat. 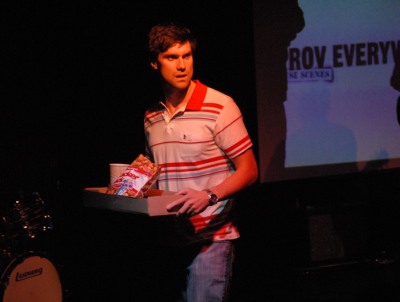 Thanks to everyone who came out to the show!