Agent Todd has been dodging the authorities for weeks. Apparantly, General Mills excecutives tracked down the IE web site and have been working to punish agents Todd and Lovejoy for their “New Cheerios” scam earlier this year. Todd and Lovejoy have both been screening calls and making all purchases with cash to stay free of the clutches of the coporation. They knew they could only hide for so long. On November 1, Agent Todd was called by his temp agency and asked to work at the New York Stock Exchange for a ‘promotional’ event for General Mills. He should have known better. Rather than working a promotional event, he was treated to a public humiliation. The General Mills big wigs, who had just taken over the Pillsbury corporation– another step in their quest for world domination, were too cowardly to face the IE agent themselves. Instead, they did the cruelest thing possible, they sent the CHARACTERS to seek justice. The photos speak for themselves. 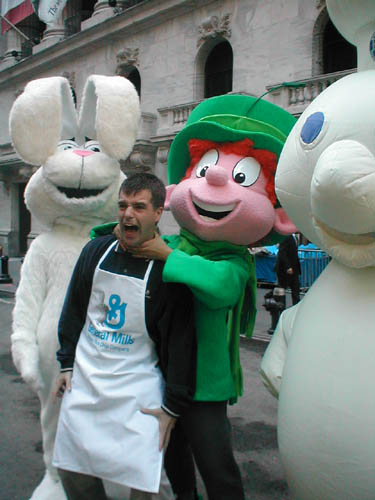 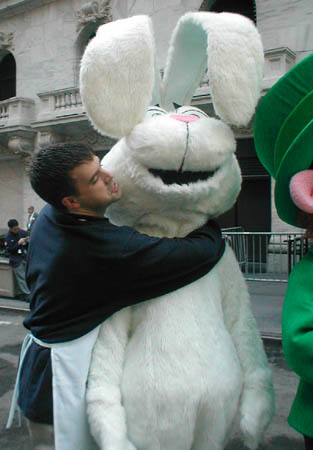 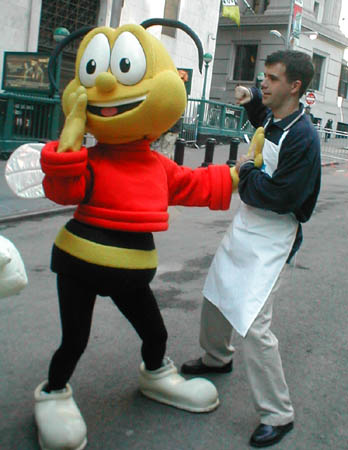 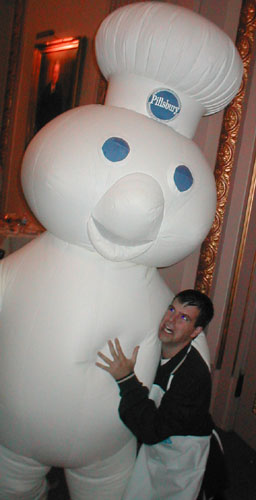 The Dough Boy brings Todd to justice.
At this point, Agent Todd is listed in ‘stable’ condition. This will not be the last battle in the war between General Mills and Improv Everywhere. Mission will soon be accomplished, trust us.