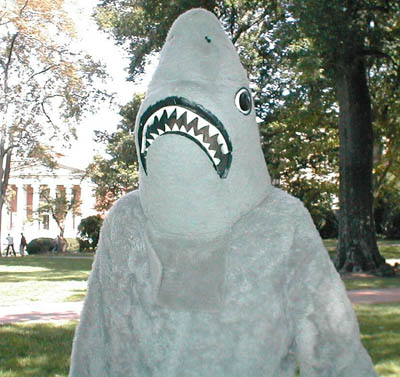 On Friday, September 28, 2001 the University of North Carolina campus was stricken with danger. The danger of a shark attack. You heard right, a shark attack. Most UNC students and faculty go about their everyday lives with a sort of smug, “shark attacks could never happen to me” attitude. The agents of Improv Everywhere proved to the community the danger of their wishful thinking. By land or by sea, sharks pose a threat to us all. 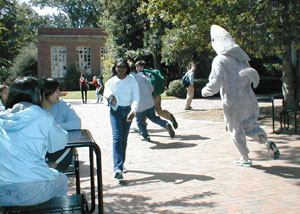 “Help! There is a shark chasing us!”
The Shark began his attack as he emerged from Lenoir dining hall, chasing agents Karpinos and Todd through the center of the UNC campus. “Shark! Look out everyone! There is a shark behind us! He’s coming this way!” 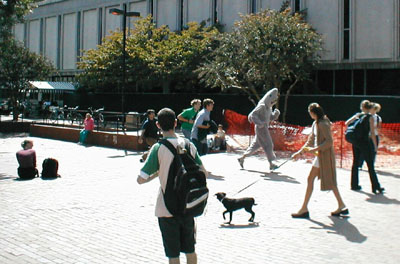 “Someone stop that shark!
After one lap around the building, The Shark became out-numbered. IE associate Charles Roche joining the struggle to save the campus from the deadly teeth of The Shark. Trying to keep up with the beast, the men shouted to the students around them, “Stop that shark! Please, he ate one of our friends! Don’t let that shark get away!”. The men demanded justice be served to The Shark and were not going to allow the brutal eating of their friend, Walker, to go unnoticed. 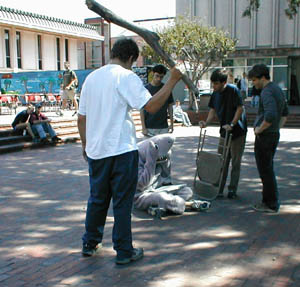 “Where’s Walker, Shark?!”
The team of vigilantes continued to grow as IE associates Matt Mercer and Grant Austin joined the crusade. Using large sticks and steel chairs, the men were able to corner The Shark and interrogate him in the public view. The Shark refused to give the men any information on their missing friend. Agent Todd tried to rally the growing crowd of UNC students to “take a stand against Sharks on campus”. His battle cries were met with confusion and, oddly, laughter. 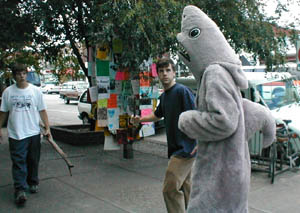 The Shark makes it to Franklin St.
Using his brute force and animal instincts, The Shark was able to escape and head north to Franklin St., the so-called “main drag” of Chapel Hill. In the process of his escape, The Shark attacked Mercer and stripped him of his left arm. Mercer was escorted to the hospital by IE associate Corey Cicci in excruciating pain. Now on their own, agents Karpinos and Todd had to keep the civilians on Franklin St. safe from the blood-thirsty shark. 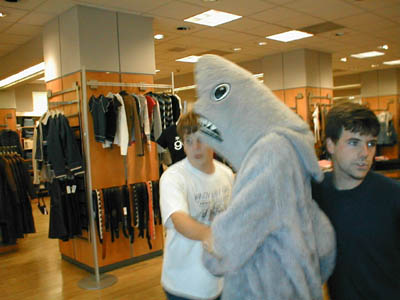 The Shark attacks The Gap!
The Shark began his attack on Franklin St. stores, rushing past the agents and into The Gap. Karpinos and Todd were able to take control of the situation before it was too late. The Shark continued to invade other businesses, with the IE agents dragging him back to the streets every time.

After his attacks on Franklin St., The Shark made his way back to the lower quad of the UNC campus. It was there, in front of a large crowd of students, that agent Keech entered the scene and made the final tackle needed to squash The Shark 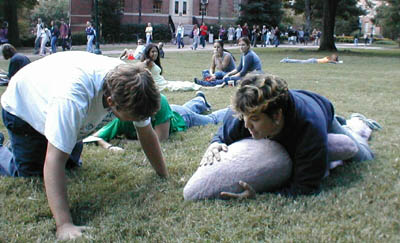 Keech takes down The Shark 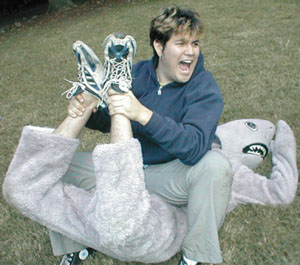 The Shark taps out
During Keech’s struggle, The Shark’s head was torn off, revealing that there was more to this case than the agents had suspected. It was Old Man Arnold in a shark costume the whole time! 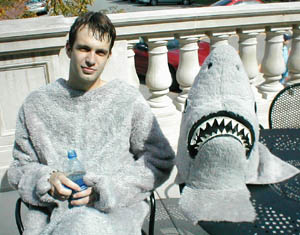 “I would have gotten away with it had it
not been for those meddling kids!”
Other highlights:

IE agents saved the day again! Chapel Hill citizens are now free to live their lives away from the fear of shark attacks. For now.